Could the beleaguered A380 be the key to unlocking fossil fuel-free flying? 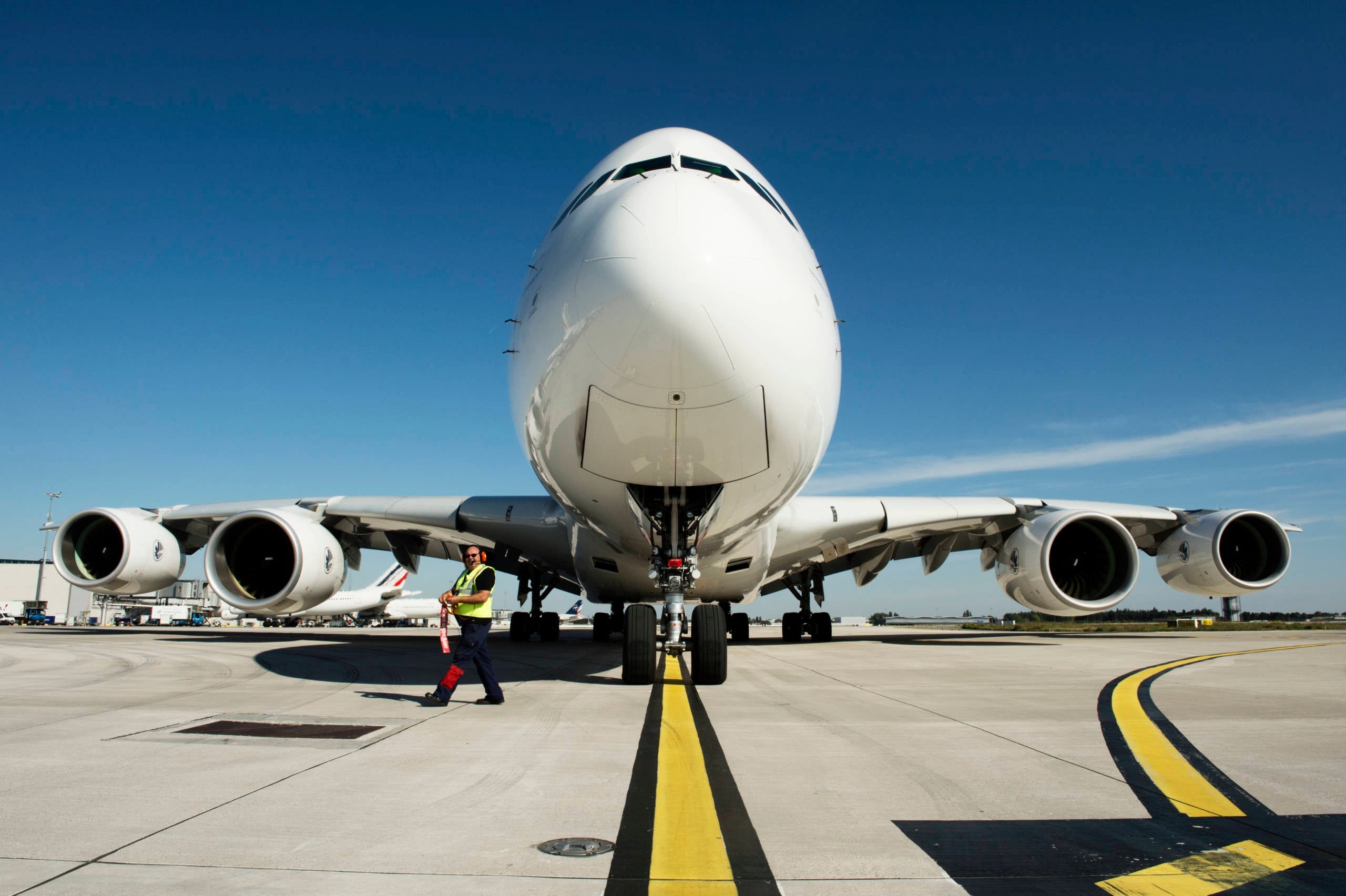 It was once hailed as the Giant of the Skies – an engineering wonder that embodied the old romance of continent-hopping air travel for all.

But Airbus’ iconic A380 has suffered in a crowded market where cost-efficiency and sustainability are king and queen. The past half-decade has seen the gas-guzzling superjumbo jet trudge grimly toward the scrapyard as younger, more fashionable and fuel-efficient models step into its limelight.

There may, however, be life in the old air monster yet.

Airbus has announced a plan to channel its inner Frankenstein to raise the A380 from the dead ... by installing a hydrogen-fueled engine into the body of the jet.

It is a daring plan, but if Airbus can pull it off, it could transform the fallen giant into the world’s first zero-emission commercial aircraft by 2035.

Related: JetBlue to offset carbon emissions for all domestic flights

“Our plan is to take this [A380 aircraft] and modify it into a hydrogen propulsion flight laboratory,” says Glenn Llewellyn, vice president of zero-emission aircraft at Airbus, in a video announcing the project. “The aim of this flight laboratory will be to learn a huge amount about hydrogen propulsion systems in real ground and flight conditions.”

If the idea does work, it could not only save the A380 from its own obsolescence but could prove a vital piece in the puzzle to making the aviation industry more sustainable through carbon neutral, fossil fuel-free flying.

Related: The pandemic put sustainability on hold: Why the travel industry needs to reprioritize now

How the science actually works

Airbus has partnered with CFM International (a “50/50 joint venture between GE Aviation, a division of General Electric of the United States, and Safran Aircraft Engines”) in an attempt to harness the power of hydrogen fuel technology in the body of an A380.

Explaining the science, Llewellyn said: ​​“Our ambition is to take this aircraft and add a stub in between the two rear doors at the upper level. That stub will have a hydrogen-powered gas turbine on the end of it and inside the aircraft, there will be hydrogen storage and hydrogen distribution, which will feed this engine with hydrogen.”

The announcement video shows Llewellyn standing on the aircraft’s stripped-bare main deck as he explains how four giant hermetically sealed tanks will be installed in the middle of the cabin, from which liquid hydrogen will be pumped into the engine outside.

He says that Airbus chose the A380 mainly because of its sheer size, which will give the company space to evolve the technology over time.

He adds: “There will be a huge amount of instrumentation and sensors to give information on how these systems function during both ground and flight conditions.”

Airbus is not the only air business seeking to innovate its way out of the aviation industry’s massive impact on the environment.

This week, for instance, Swiss announced its blueprint to becoming the first airline in the world to power planes by "liquid sunlight."

Related: What your favorite airlines and hotels are doing to fight climate change

The airline, which is owned by Lufthansa Group, has struck a deal with Synhelion, a company that uses solar energy to convert carbon dioxide into a synthetic fuel called syngas.

According to the Air Travel Action Group, flights produced 915 million tons of carbon dioxide in 2019 – about 2.1% of all human-induced carbon dioxide emissions.

The aviation industry as a whole, however, produces 12% of emissions from all transport sources, compared to 74% from road transport.

Could hydrogen power save the A380 from extinction?

As for the Airbus A380, the question still remains: Will this new engine be enough for Airbus to bring the largest plane ever built out of impending retirement?

In its heyday, the Airbus A380 seemed the pinnacle of aviation technology.

A technological masterpiece with enough space for onboard showers and marble-topped cocktail bars, it harked back to a golden age when flying had glamour. Its sheer double-decker vastness offered a level of style and comfort, from economy to first class, that was unmatched by any other plane.

Trouble was, it was always more popular with passengers than with airlines.

The A380's model was based on a turn-of-the-century gamble that the future of air travel would be based on a "hub and spoke" model — gigantic planes spiriting passengers between major global hubs, from which small connecting flights flew to final destinations.

It was supposed to be a game-changer, but then the game changed. The rise of budget airlines and long-range direct flights killed the hub-and-spoke model and with it the need for a superjumbo jet that could carry the entire population of a small rural village.

The A380 owed its survival almost entirely to Emirates, which owns almost half of all the A380s ever made.

Experts say production of the A380 could've halted sooner if the Dubai-based airline didn't order another three dozen A380s in 2018. But then Emirates chopped back its remaining orders from 53 to 14 in early 2019, opting for A350s instead. In a further blow, the airline this week dropped its A380s from eight major routes for the rest of 2022, tapping it out for the smaller Boeing 777 on routes from Dubai to an array of far-flung destinations, including three in China.

Related: A retired 757 is being turned into a flying fire truck

“While we are disappointed to have to give up our order, and sad that the program could not be sustained, we accept that this is the reality of the situation,” Sheikh Ahmed bin Saeed Al Maktoum, the chairman and chief executive of the Emirates Group, said in 2019. “For us, the A380 is a wonderful aircraft loved by our customers and our crew. It is a differentiator for Emirates.”

And with that, in 2019, Airbus had no choice but to call time on production. Each plane, after all, was making a loss.

"If you have a product that nobody wants anymore or you can only sell below production costs, you have to stop it, as painful as it is,” Airbus chief Tom Enders said in a news conference in 2019.

In short, time will tell if the new hydrogen-fueled engine will save the A380, or if its carcass will be used merely for development before the finished technology is transplanted into other models.

But for now, it at least gives us hope that the biggest plane ever made could soon become the greenest plane ever made, if only for a brief time before it paves the way for more sustainably fueled airplanes in the future, and further cements its legacy as an aviation behemoth.

Featured image by Photo courtesy of Air France
Editorial disclaimer: Opinions expressed here are the author’s alone, not those of any bank, credit card issuer, airline or hotel chain, and have not been reviewed, approved or otherwise endorsed by any of these entities.