Articles
Clint Henderson is the managing editor for news at TPG. He worked in TV news for 20 years, including stints at ABC, MSNBC and Fox, before landing his dream job. Send tips to Clint.Henderson@thepointsguy.com.
Follow
Jan. 01, 2021
•
7 min read 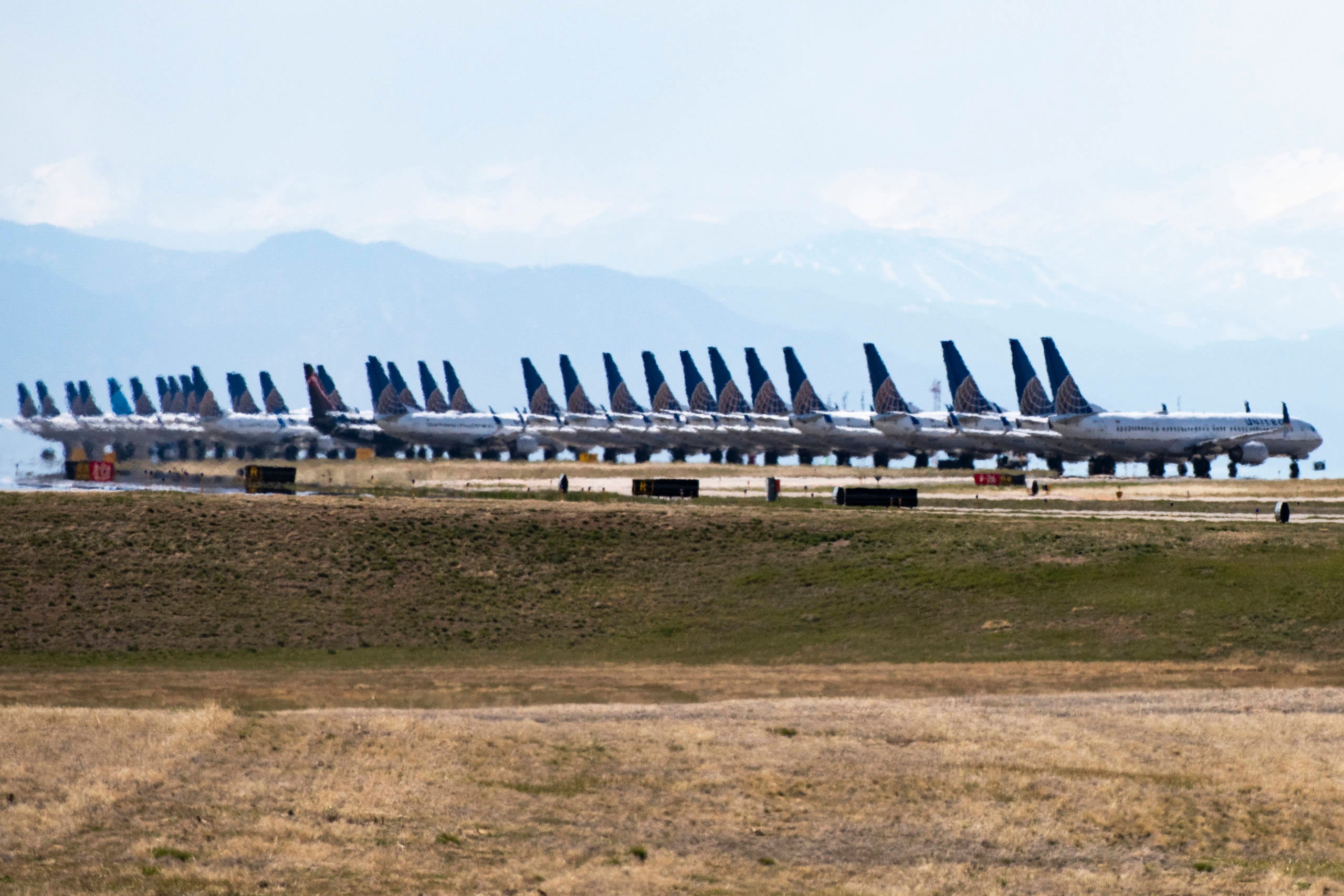 2020 goes down as one of worst in history for airline industry -- but there's some good news for consumers
This post contains references to products from one or more of our advertisers. We may receive compensation when you click on links to those products. Terms apply to the offers listed on this page. For an explanation of our Advertising Policy, visit this page.

Talk about an annus horribilis. The airline industry had probably its worst year in its history in 2020 as the COVID-19 pandemic crushed demand for air travel.

Henry Harteveldt, a travel industry analyst and president of Atmosphere Research, told TPG, "Financially, 2020 was a butt-ugly year for the industry."

CNBC reports that as a whole, the airlines lost more than $35 billion in 2020, according to analyst estimates provided by FactSet.

Airline stocks tell the tale. American Airlines shares fell by 45% in 2020. United Airlines fared even worse, with its stock dropping 51% in the past year. Delta Air Lines stock fell 31%. Even Southwest Airlines - notoriously profitable - couldn't do it this year with its stock down 14% and reports that it will likely close the books on 2020 without turning a profit.. for the first time in four decades.

The airlines were also forced to borrow a ton of money to stay solvent. The trade group Airlines for America says U.S. carriers alone increased their total debt from $67 billion to $172 billion.

A new report from global aviation data firm Cirium calls 2020, "shocking." It says the pandemic and the fallout from the coronavirus "wiped out 21 years of global passenger traffic growth in a matter of months, reducing traffic this year to levels last seen in 1999."

Cirium says they estimate passenger traffic year-over-year fell 67%. International flights were down some 68%.

Harteveldt told me, "It will go down as the global industry's worst financial year because we saw demand decimated, and travel demand remained a fraction of normal levels for more than nine months of the year."

I asked Harteveldt how it compared to the aviation industry recession after the terror attack of 9/11. He said:

"This was a worldwide crisis. 9/11 we certainly saw a falloff in travel demand and revenue, but the U.S. was the only country that ground its flights and that was only for four days. Even after that grounding, there was still more demand than we saw during the pandemic. Businesses cut back, but we didn't see demand plunge by as much as 96% and remain at very low levels for such a sustained period."

Harteveldt said we'd know more after airlines report their fourth quarter earnings, and said then the question will be "how much financial blood was shed?"

He said, "We not only saw weak demand, but unlike in past crises we saw borders closed, and severe travel restrictions imposed."

“This severe setback shows the true extent of the challenge faced by the struggling aviation sector as it has sought to reset itself in the new post COVID-19 era,” said Cirium CEO Jeremy Bowen in a press release,

You can see the absolute collapse in flights flown in 2020 in the graphic below provided by Cirium in their Airline Insights Review.

In fact, things got so bad for the airlines they needed a $50 billion bailout...and then another one. The original CARES Act money ran out on Sept. 30, forcing many airlines to implement layoffs, early retirements and reduced work hours. Eventually, more than 35,000 workers were laid off.

Airlines got another $15 billion in assistance from the federal government as part of the $1.4 trillion omnibus spending bill signed by President Donald Trump on Dec. 27 in exchange for keeping employees on the payroll through March 31, 2021. But what happens then with demand not yet recovered?

Related: Should Congress dole out more money for airline employees? The case for and against

Brett Snyder (aka Cranky Flier) writes a popular post at the end of every year called "Airlines we lost." This year he had his hands full. He counts more than 40 that went under, bankrupt or disappeared this year.

So what's the good news?

The good news is plentiful. First of all 2020 is over!

Analysts and experts tell TPG that the worst is likely behind us with vaccines on the horizon and travel demand beginning a slow recovery.

The holidays saw consistent screenings at TSA stations more than a million a day. That's a shadow of former demand, but a good sign, considering the number of passengers screened were as low as 90,000 at points in April 2020.

The international airline trade group IATA says, "North American airline industry profits are forecast to be down nearly $46 billion in 2020." Still, they also show a gradual improvement especially as a vaccine becomes widely available hopefully by the second half of 2021.

Cirium reports, "While up to 30% of the global passenger fleet remains in storage, there are signs of recovery on the horizon, with only 10% of short-haul Airbus A320neo aircraft currently in storage showing narrow body aircraft leading the recovery and domestic and short-haul travel returning first."

IATA suggest consumers will be the real winners as airlines continue to cut prices to stimulate demand (and make more of those mileage seats available so you can use your points).

Related: Prepare for travel’s comeback: The 12 hottest destinations of 2021

Harteveldt spoke to more than 100 different executives at different airlines, hotel companies, tour operators travel agencies and cruise lines at the end of 2020. He said, "All of them said the same thing that starting in late November they began to see a wave of new reservations being booked for travel starting between April and June. What they attribute that to optimism about he vaccine 's effectiveness and expected availability."

"There's tangible hope among the various parts of the travel industry for 2021. No one expects 2021 to be a complete recovery. What they are hoping for is that meaningful recovery begins. Right now, we believe the travel industry has a chance of recovery to at least 50% of pre-COVID levels in revenues for 2021"

Cirium has identified seven trends to watch for the industry in 2021.

There's some good nuggets in there for consumers including newer planes, and more fuel-efficiency which is good for the environment.

JohnnyJet founder and editor-in-chief John E. DiScala told TPG, "It’s going to take a while for passengers, including me, to feel comfortable flying again. However, once COVID-19 numbers and hospital levels drop, the vaccine has been widely distributed and we feel confident that it works, then watch out. There will be a huge demand for travel since first and foremost, everyone wants to finally hug and kiss their loved ones."

If you missed it, here’s our country-by-country guide to reopenings and our state-by-state guide.