Should Congress dole out more money for airline employees? The case for and against 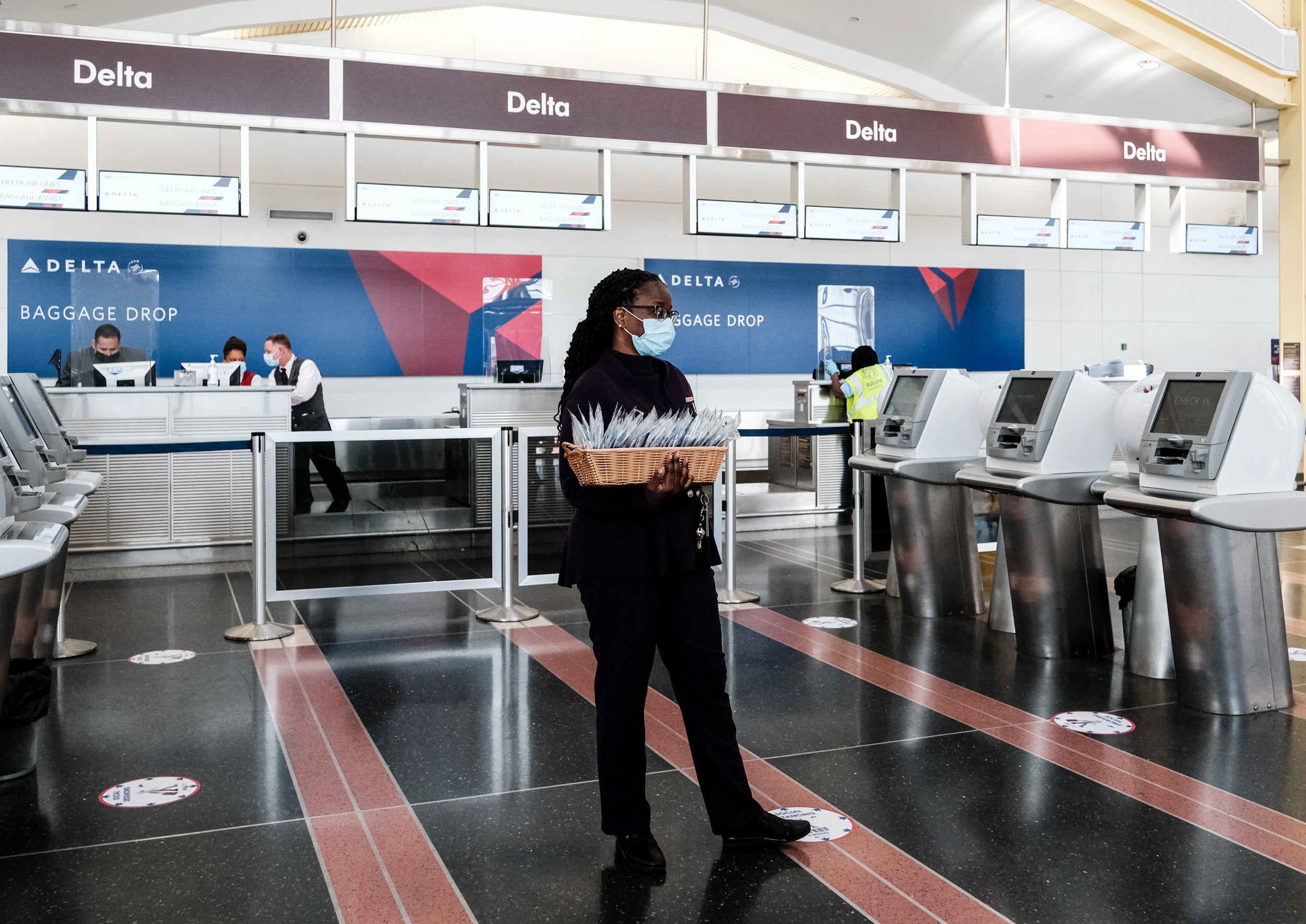 Should Congress dole out more money for airline employees? The case for and against
This post contains references to products from one or more of our advertisers. We may receive compensation when you click on links to those products. Terms apply to the offers listed on this page. For an explanation of our Advertising Policy, visit this page.

U.S. airlines benefitted massively from the first coronavirus aid package, known as the CARES Act. In fact, they benefited so much that labor unions would like to do it again. This may be the right thing for the economy, but it could also come with some unintended consequences for the industry.

Oct. 1, or "terrible Thursday" as Cowen analyst Helane Becker has called it, is a dreaded date on the calendars of many airline workers. Airlines can furlough or layoff staff with impunity beginning that day as the current CARES Act employment protections expire the day before. The protections bar airlines that accepted government loans and grants from laying off staff before that.

More than 75,000 federally-mandated notices warning of possible furloughs have already gone out to staff of major airlines. While not all of those employees will end up getting the boot, it is still significant sum considering potentially more than 30 million Americans are out of work and the unemployment rate stands at a historically-high 11.1%.

To avoid these furloughs, labor unions are leading an effort to extend just the payroll-support provisions of the CARES Act through March 31, 2021. The Air Line Pilots Association (ALPA), Association of Flight Attendants-CWA (AFA) and 11 other unions are pushing for a "clean extension," or extending the program as it is by six months. This would add $25 billion for passenger airlines to the new aid package being debated in Congress.

This is not direct aid to airlines. The funds would go only toward non-executive employee compensation and could not be used for other expenses, like buying new jets or retrofitting aircraft cabins.

The push has some big backers. The heads of American Airlines, Delta Air Lines, Southwest Airlines and United Airlines have come out in support. In addition, 16 Republican Senators — including John Cornyn from Texas, which is home to both American and Southwest — have endorsed the measure in a letter to the Senate leadership.

But support alone does not mean additional aid is a good idea. Any extension of funds that is approved will likely come with strings. That could include, for example, an extension of flight-schedule requirements that have kept more flights in the air than many think are necessary — and would come as few expect the industry to return to pre-pandemic levels by March.

Related: United is latest to back union-led effort to extend coronavirus employment protections

The case for why protections should be extended

"Absent a clean reauthorization of the program, hundreds of thousands of aviation employees will lose their jobs," ALPA president Joseph DePete wrote in a July 21 letter to the Senate. "The economic damage to the economy and the industry will be substantial... A painful stretch of unemployment will place long-term constraints on industry capacity."

The argument does make some sense, even if not everyone agrees it's the right thing to do. Once pilots are furloughed, certain training and certification requirements lapse, requiring lengthy retraining when they return — whether that is after one month or two years.

That could hamper airlines from resuming flights quickly if travelers began returning in significant numbers sooner than many expected. And while this does not look likely where we stand now, it could be ruled out in the future if the so-far choppy recovery picks up steam.

"If you don't do this, you're going to be in a situation that you're going to hurt the economic recovery," Frontier Airlines CEO Barry Biffle said in support of extending the protections during an Aug. 6 interview with TPG. "If we’re not there to deliver the volume of passengers, then it’s going to be 2023 before the service industries are back."

As Biffle pointed out, the benefits extend beyond airlines. The funds would act as a pass-through to the tens-of-thousands of aviation workers that would otherwise end up on state unemployment rolls and other forms of government assistance. This would help the general U.S. economy, which contracted by 9.5% year-over-year during the second quarter.

Not to mention, what politician wants massive layoffs little more than a month before the Nov. 3 election?

The airline industry knows that it is in for a multi-year recovery. United Airlines CEO Scott Kirby expects the number of U.S. air travelers to plateau at about half of 2019 levels until there is a COVID-19 vaccine, something he does not anticipate will be widely available until the end of next year. Delta Air Lines CEO Ed Bastian says it will be at least three years before the industry recovers.

In other words: airlines must shrink to match the number of people that are flying. That means fewer planes, fewer routes and smaller workforces.

Evercore analyst Duane Pfennigwerth puts it more mildly. Additional government aid will delay airline restructuring, including ending excess and unprofitable flights. Going forward, it will make it more difficult for carriers to forecast their cost structure and what other cuts are needed.

"Rather than tackle difficult but perhaps more sustainable solutions such as complex work rules," he wrote on Aug. 6. "The industry would have received an entire year of payroll support."

And airlines have not been clamoring for aid. Until the middle of July, executives at major carriers repeatedly said they did not need additional assistance. Then, as the likely furlough numbers racked up, one airline after another fell quietly in line behind the unions.

Even then, airlines including Allegiant Air, Delta, JetBlue Airways and Southwest have found ways to avoid some or all furloughs without government assistance. For example, Delta came up with several voluntary programs — like working one month and taking the next off on a rotating basis — to avoid furloughs after it realized that will have 3,000 excess flight attendants this winter.

On a final note, an extension of CARES Act employment protections appear to lack broad support. The first effort was led by trade group heavyweight Airlines for America (A4A) with nearly unanimous support, while the latest push is led by unions with the airlines mostly in the background.

There are benefits to keeping airline staff employed through March, least of which are the broader economic benefits. But at the same time one has to ask whether paying airline employees — some of which can earn over $200,000 a year -- is the best use of limited government funds.

“We need to see a pickup in revenue,” Delta CEO Ed Bastian wrote in a memo to staff on Aug. 6 that was viewed by TPG. That, he said, was the only way for the carrier to recover from the crisis. Prominently absent was any mention of additional aid.

Related: Global air travel unlikely to recover until 2024 as COVID remains ‘issue’ in US, elsewhere