Maximize your flights: How to choose where to credit your airline miles 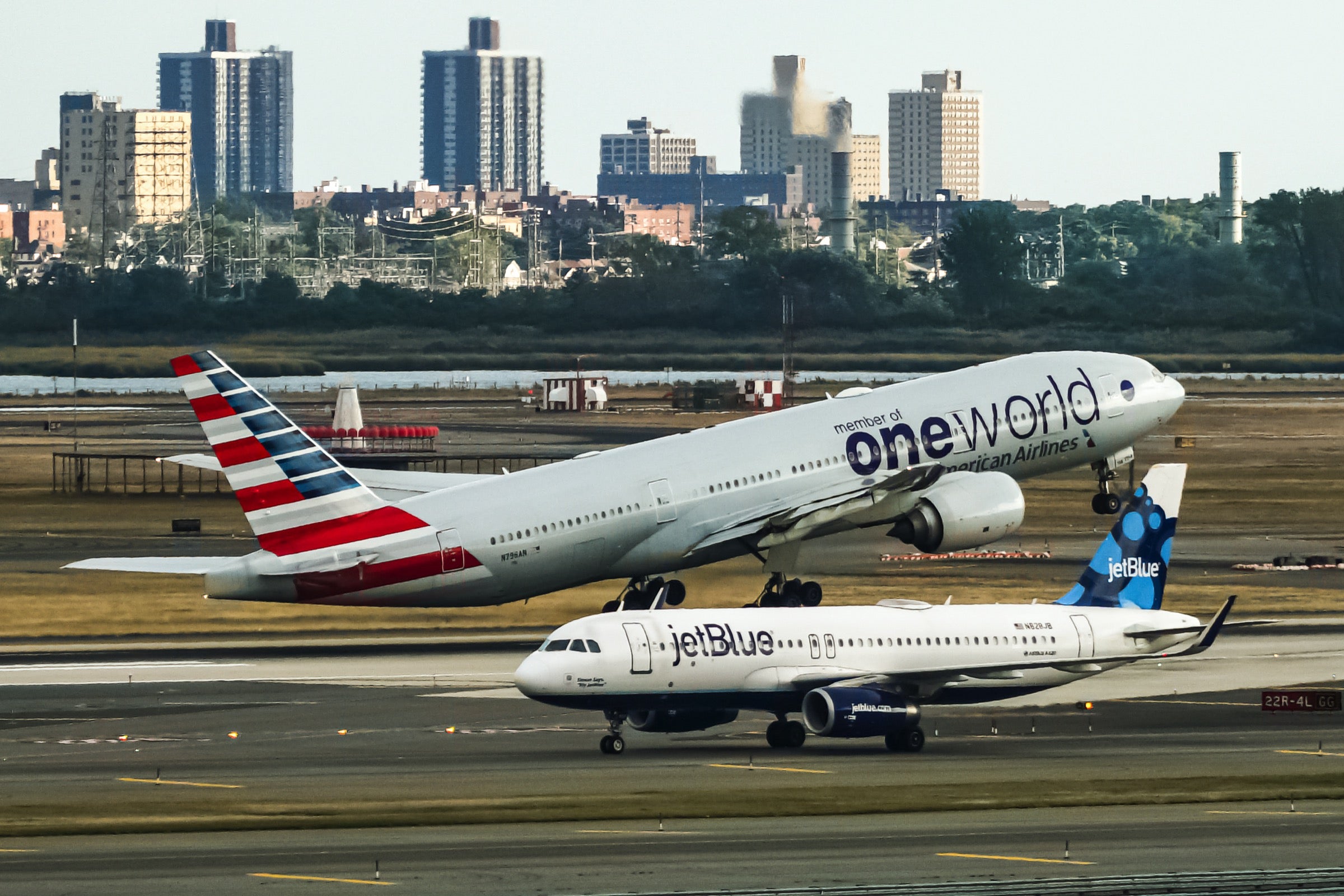 Thanks to airline alliances and partnerships, you typically have lots of options for where to credit your flight miles. However, not all programs are equal.

Although most U.S.-based programs award miles based on the cost of your ticket, there are a number of foreign programs that still award miles based on the distance flown. This means that when you’re flying somewhere far on a cheap ticket, you can often get more miles by crediting to a distance-based program and vice-versa. But there are many other things you have to consider, such as whether you're chasing elite status or have a specific redemption goal.

Today, we're going to help you figure out what programs you should be crediting your miles to, broken down by airline alliances. After all, we want to make sure you get the most bang for your buck when you fly.

Before we dive in, let's cover things you need to consider before selecting a program.

For starters, if you're chasing elite status, simply going for status with the airline you fly the most isn't always the best option. For instance, if you're a frequent United flyer and want Star Alliance Gold status, it might make more sense to earn status with Turkish Airlines rather than United. This is because Turkish has lower qualification thresholds with no spending requirements.

Even better, as a mid- or top-tier elite with a foreign airline, you'll usually get lounge access in the U.S. even when flying domestically. However, this can come at the expense of complimentary upgrades. Airlines will usually prioritize their own elites over partner elites, so you'll need to decide what's more important for you — lower qualification thresholds and lounge access or upgrades.

Related: Why this is the year of easy elite status

You'll also want to consider if you have any specific travel redemption goals. Think about which program's miles will be most useful for you. Even if a program earns more miles, those miles would be worthless if you don't plan on ever earning enough miles for a free flight with that program. It's better to earn fewer miles you can actually use than more miles that you can’t.

Sticking to the United example, if you're hoping to save up miles for a transcontinental business class flight, for instance, you'll be better off collecting Turkish miles. This is because Turkish charges just 12,500 miles each way for domestic business class flights, whereas United typically charges at least 35,000 miles each way for the same awards. Furthermore, Turkish has more transfer partners than United, which is handy if you ever need to top off your mileage balance.

Finally, keep in mind that not all fares are eligible for earning miles with partners. Highly discounted and basic economy fares don't always earn partner miles. So, if you frequently book these fares, you may have to credit directly to the airline you're flying. While there are tools like wheretocredit.com, which help you estimate how many miles you'll earn, you'll typically want to check the earning rates directly on the airlines' websites as they are susceptible to change.

Related: How to credit miles to a partner airline program

For U.S.-based fliers, American Airlines and Alaska are your main Oneworld carriers. And their two loyalty programs are wildly different. American awards miles according to the base price of your ticket (5 miles per dollar spent) and is moving toward dynamic pricing for redemptions. Meanwhile, Alaska still awards miles based on distance flown and has fixed award charts. Plus, when flying Alaska and crediting to its Mileage Plan program, you'll always earn at least one mile per mile flown, which is extremely generous.

Given that Alaska miles are some of the most valuable airline miles and the program has some enticing earning rates, it's often your best option for crediting Oneworld flights. Even better, Alaska elites get reciprocal elite benefits when flying American, including upgrades, so there's no major difference on the elite status side. The only thing to note about crediting American Airlines flight to Alaska is that basic economy fares aren't eligible for earning Alaska miles.

To give you a better idea, here's a complete look at how the earnings break down for American flights credited to Alaska:

Alaska also has some valuable partners outside of the Oneworld alliance, such as Star Alliance member Singapore Airlines and Skyteam member Korean Air. And when you book a partner airline on Alaska Airlines ticket stock (a codeshare flight operated by a partner but booked with an Alaska flight number), you’ll still earn 100% of the base miles flown.

The only bummer is that Alaska elites don't get lounge access on domestic flights. If this benefit is important to you, you'll need to chase elite status with a foreign Oneworld partner, such as Japan Airlines. Oneworld Emerald members of foreign partners even get access to American Airlines Flagship First check-in whenever flying domestically. Although the JAL Mileage Bank award charts may seem complicated at first, it has several sweet spots.

Related: When you will (and won’t) earn miles on your flight

If Delta is your airline of choice, then you're a SkyTeam flyer. And for most U.S.-based travelers, Delta's SkyMiles program is the best program to credit SkyTeam flights to.

The program awards 5 miles for every dollar spent on Delta flights (before factoring in elite status bonuses). Mileage earnings for partner flights are usually based on the distance flown, unless the flight was booked on Delta ticket stock, in which case you'll earn miles the same as a standard Delta flight.

For example, here’s how many SkyMiles you’d earn on a flight that’s operated and ticketed by Aeromexico:

While the program lacks award charts and is susceptible to unannounced devaluations, it has its perks. For instance, you could book award flights for as little as 2,500 SkyMiles through its recurring deals and flash sales. Even better, SkyMiles is one of the few loyalty currencies that never expire. Being loyal to the SkyMiles program is also the best way to increase your chances of elite perks like free upgrades. And if you ever need to top off your account, you can transfer points from American Express Membership Rewards at a 1:1 ratio.

Related: Book this, not that: SkyTeam award tickets

If you prefer a program that earns miles based on distance flown and has award charts, there's Virgin Atlantic Flying Club. However, not actually being a part of the alliance, the only SkyTeam flights you could credit to Virgin are Delta, Air France and KLM. Although they don't get the full suite of SkyTeam elite benefits, Virgin elites still get extra perks when flying these airlines, such as priority ground services and lounge access on eligible itineraries.

While United MileagePlus might seem like the obvious choice for Star Alliance flyers in the U.S., as mentioned earlier, it may make more sense to credit flights to Turkish Miles & Smiles.

Unlike United, Turkish awards miles based on the distance you fly. When you're short miles, you can transfer points from Citi ThankYou Rewards or Capital One.

To give you an idea, here are the earning rates for crediting United flights to Turkish. Even basic economy (N) fares are eligible for mileage accrual. Normally, United only awards 5 miles per dollar spent when crediting to its MileagePlus program.

If you earn Star Alliance Gold status through Turkish, you'll get access to United Clubs and other partner lounges whenever you fly, even domestically. However, you won't get perks like free upgrades when flying United.

Related: Current airline elite status match and challenge options you should know about

Related: Why you should care about the hottest frequent flyer program of 2021

Asiana Club is another interesting option for those simply chasing status because it gives you a 24-month qualification period. There are some hidden gems in the program, such as redeeming miles for Etihad flights even though the airline isn't a part of Star Alliance.

In the same way it's important to always pay with the right credit card, choosing the right frequent flyer program to credit your miles to can make a big difference in your reward earnings. Sometimes, crediting miles to a partner airline means earning more miles for the same flight. Just remember to include the correct program you want to credit the flight to in your reservation before takeoff. Although most airlines allow you to retroactively credit flights, you can't easily move miles from one program to another once they’ve already been credited

Related stories
Last chance: Earn 75,000 Rapid Rewards points with these Southwest card offers
Quick Points: Triple stack these offers to maximize your next Lyft ride
Everything you want to know about cabins and suites on Carnival Cruise Line ships
Delta does it again, adds used planes to its fleet without retrofits
Featured image by (Photo by NYC Russ / Shutterstock.com)
Editorial disclaimer: Opinions expressed here are the author’s alone, not those of any bank, credit card issuer, airline or hotel chain, and have not been reviewed, approved or otherwise endorsed by any of these entities.