Elite status vs. miles: How to make the most of Oneworld partner tickets

Articles
Kyle Olsen is a points and miles reporter at TPG. Since the age of 16, he has been pursuing elite status, visiting 75 countries across six continents. His passion for travel began with his own business which he started at age 13. He is now an expert at maximizing points, miles, and elite status across all major programs.
May 20, 2022
•
12 min read 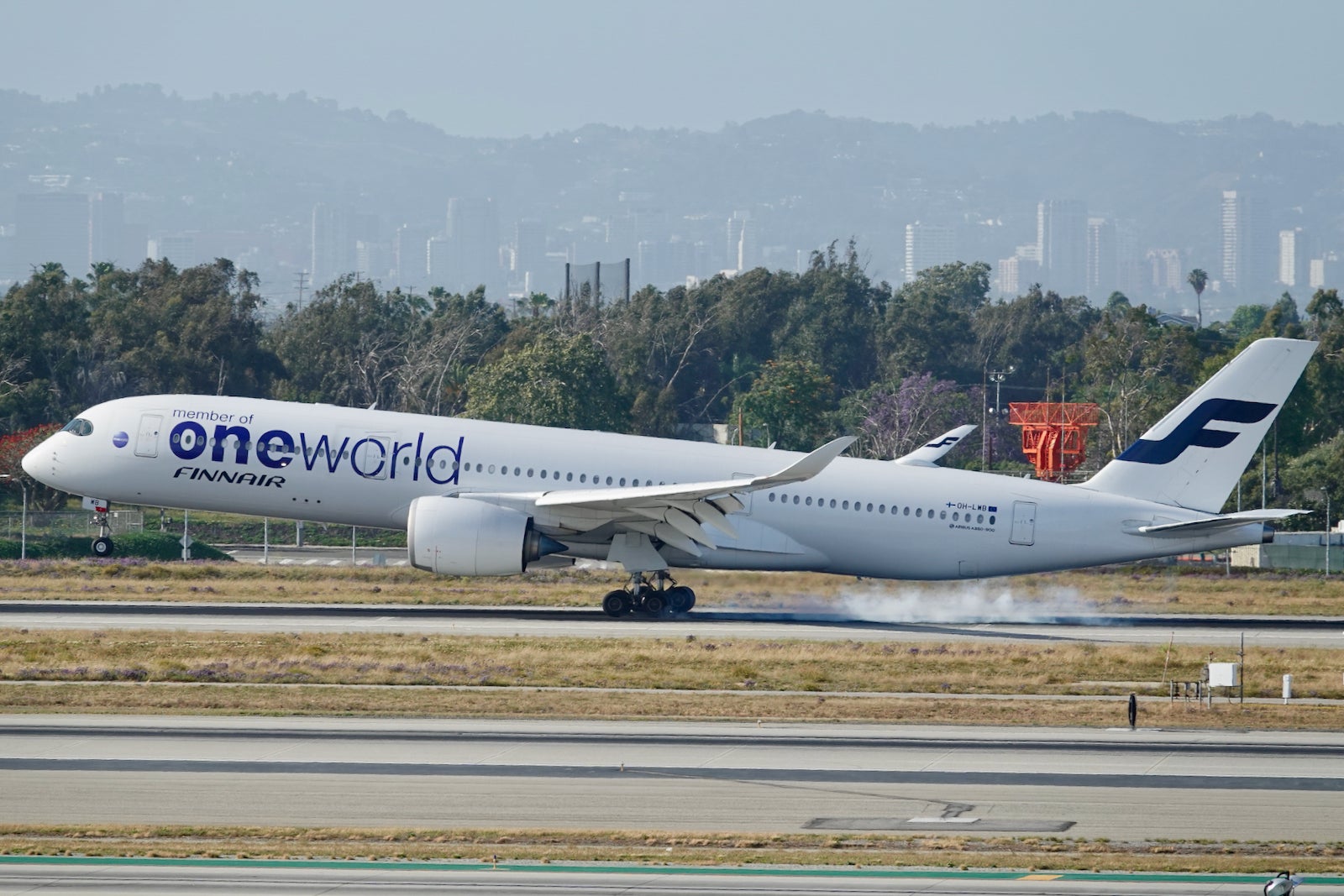 So, what airline's membership number should you enter? Your favorite?

Now, this is where you can make a costly mistake.

Let's say you're a member of these Oneworld programs: Alaska Airlines Mileage Plan, American Airlines AAdvantage and British Airways Executive Club. Without knowing how partner tickets like this one are credited, you might credit this flight to AAdvantage with no plan in mind. But since you receive 100% miles with AAdvantage, 125% Avios with British Airways and 225% miles with Mileage Plan, it becomes apparent that your mileage earnings vary based on where you credit your flight.

So, among these programs, where should you credit your flight?

There's no definitive answer, as each program has different earning rates for different airlines. Your objective is also important: do you want more miles or easy elite status? Let's explore your options.

Let's say you're after top-tier status on Alaska, British Airways or American. Each year, Alaska requires at least 24 paid flights on Alaska or Horizon metal for its top status. British Airways requires just four paid eligible flights to be on BA metal for its top-tier status, while you can earn top status on American without even boarding an American flight all year (though you'll have to fly 30 AA segments to unlock the carrier's Choice Rewards).

One more thing before we dive in: I'm comparing three of the most popular Oneworld loyalty programs. However, you might find value in other Oneworld partner programs, like JAL Mileage Bank. Do your own research before crediting Oneworld flights to any particular program.

Related: 5 reasons I pursued elite status with a foreign airline

You need to familiarize yourself with the intricacies of each program's partner-earning charts to see the best fares for earning elite status.

But as a whole, this is how the three programs in question fare when it comes to earning elite status:

Some of the benefits of AAdvantage Executive Platinum status include Oneworld Emerald, upgrades on select American flights as early as 100 hours prior to departure and Main Cabin Extra seating.

Although there are several notable exceptions, you generally earn one Loyalty Point for each AAdvantage mile that you earn. You have plenty of ways to earn Loyalty Points, like spending on American Airlines cobranded credit card, shopping through the AAdvantage Shopping Portal and flying with American's partner airlines.

If you purchase a partner airline ticket with American directly — indicated by a ticket number that starts with 001 — your flight will be credited as if it was an American Airlines flight. That means that you'll earn the following on the ticket's base fare and carrier-imposed fee(s):

Keep in mind that you don't earn Loyalty Points or miles on government-imposed taxes and fees.

But if you purchase a partner ticket directly with airline or with an online travel agency (like Expedia), you'll earn Loyalty Points and AAdvantage miles based on three metrics: the distance of your flight, the airline that operates it and the fare class.

However, at the time of writing, this flight is pricing at the same amount ($5,128) on American's website.

When booking the flight with American, you wouldn't earn anything on the taxes and government-imposed fees, which come to $106.37 in this case. That means you would be eligible to earn on the remaining $5,021. And since a general AAdvantage member earns 5 Loyalty Points for every dollar spent (on the base fare), booking on AA.com would get you 25,105 Loyalty Points.

It's a similar (though less glaring) difference if you're booking economy class. Once again, you can buy the round-trip flight for $1,879 through both American and Qatar. If you book your ticket with Qatar Airways, you'll earn 7,932 Loyalty Points, as this flight is in the L fare class and thus awards just 0.5 Loyalty Points for every mile flown.

If you book your ticket with American, you'll earn off of the base fare ($1,772) at a rate of 5 Loyalty Points per dollar. That means that a general member can expect to earn 8,860 Loyalty Points.

In either case, you would earn significantly more Loyalty Points by booking the flight with American.

In economy class, an AAdvantage Gold elite would earn 12,404 Loyalty Points while an Executive Platinum would earn 19,492 Loyalty Points. This bonus makes it harder for those without elite status to qualify for status initially but rewards higher-level elites with easier requalification.

Some of the perks of Alaska MVP Gold 100K status include two international upgrade certificates, upgrades to first class on Alaska flights as early as 120 hours before departure and Oneworld Emerald.

Mileage Plan shines in the average-priced economy- and business-class fares when it comes to elite status.

For example, the same round-trip business class Qatar Airways flight from Doha to Dallas earns an impressive 19,829 elite-qualifying miles, while the economy class fare earns a generous 7,932 elite qualifying miles. In both cases, the earning rates are significantly higher than what you would earn when crediting the same ticket(s) to AAdvantage or British Airways Executive Club.

If your goal is to spend the least and earn the maximum number of Tier Points, focus your travels on short-haul Oneworld premium cabin tickets.

To calculate the number of Tier Points you'll earn on a given flight, visit BA's Tier Point calculator. Remember, you also need to fly four eligible flights per year on BA to earn top-tier Gold status.

Related: How to ensure an upgrade on your next flight

The game changes when you're looking to maximize redeemable miles over elite status — let's take a look.

AAdvantage is generally the weakest of the three when it comes to earning redeemable miles on partner flights, especially if you don't hold status with American. But if you do have elite status, the same bonuses discussed previously translate to redeemable miles, so Executive Platinum members come out far ahead.

However, booking with Qatar Airways (and thus accruing AAdvantage miles based on your fare class and distance flown) would limit your earnings to 15,863 miles for business class or 7,932 miles for economy.

For example, Qatar business-class tickets in the R and I fare classes earn miles at a 100% basis with AAdvantage. But with Mileage Plan, these fares earn at a total of a 225% mileage basis, which is more than double what you'd earn in miles by crediting the same ticket to AAdvantage.

Our Qatar Airways example would earn 35,692 miles in business class or 7,932 miles in economy class.

If you don't hold any status with British Airways, you'll earn 19,796 Avios for our round-trip business class Qatar example and 7,918 Avios in economy class.

Like American, existing elites earn bonus miles on British Airways and select Oneworld partners. If you're wondering where to credit your British Airways flight, you will generally earn more American and Alaska miles than BA Avios if you don't have BA status.

Related: Airline miles that are hardest to earn — and why you want them anyway

Knowing where to credit your Oneworld ticket can easily increase the number of miles you earn, though you should weigh your elite status prospects in deciding where to post tickets.

Earning top-tier Gold status with British Airways after spending just $3,200 on short-haul first-class Alaska flights is a hidden jewel in the Executive Club program. On the other hand, Alaska's miles are worth more than British Airways Avios and AAdvantage miles, and thanks to generous mileage bonuses on premium-cabin tickets, you could take home a bunch of Mileage Plan miles.

Of course, there many be yet another Oneworld program that's a better fit.

So decide what's more important to you — elite status or redeemable miles for a free flight — and then investigate which program makes the most sense for your situation.