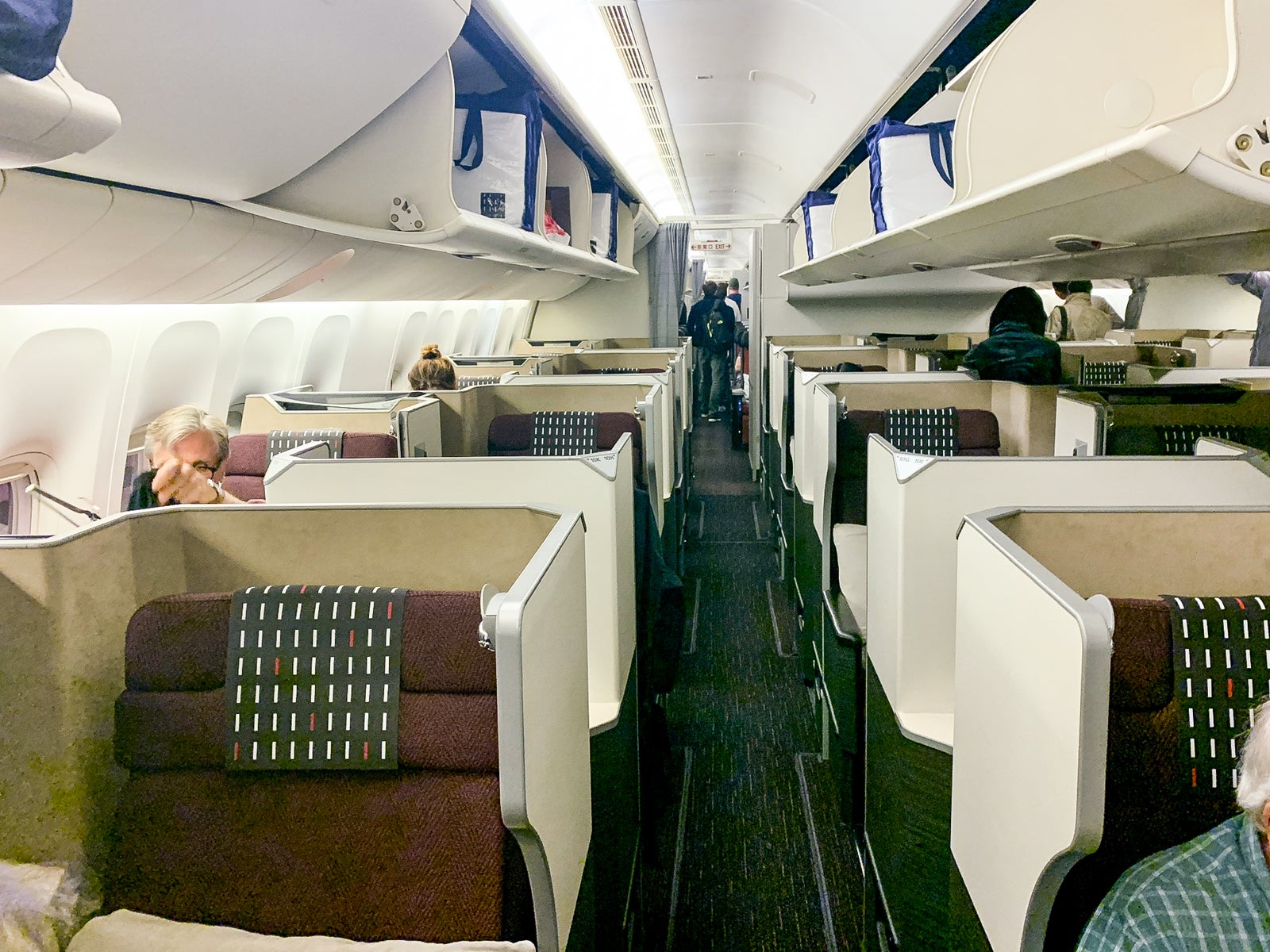 There are plenty of foreign carriers with loyalty programs that offer great value. Japan Airlines Mileage Bank is one such program, often overlooked because it's not a transfer partner of American Express, Chase Ultimate Rewards or Citi ThankYou rewards. Today, I’ll show you why you should not only pay attention to Mileage Bank but also make it a priority in your loyalty portfolio.

While JAL doesn’t partner with any major transferable rewards programs, you can transfer Marriott points to JAL at a 3:1 ratio. You’ll also get 5,000 miles points for every 60,000 you transfer.

Earning Marriott points is fairly easy, thanks to partnerships with Chase and American Express.

You can also apply for the JAL USA Card issued by the First National Bank of Omaha. The card has a very poor sign-up bonus of just 10,000 miles after you spend $5,000 within the first three billing cycles.

You earn 1 mile per dollar spent with the card if you choose the premium rewards option, which carries a $70 annual fee. The card also gives you a 10% mileage bonus for any paid flights you take with JAL.

You can also earn JAL miles by crediting your revenue Oneworld and JAL partner flights to your Mileage Bank account. Check the partner earnings site and look at your airline and fare class to see how many miles you'll earn. Most economy fares on American Airlines earn between 30-50% of the miles flown.

If you're flying on a cheap fare and don't hold status with American, crediting to JAL (even at the reduced earning rate) could still make sense.

The final way to earn JAL miles is via a myriad of business partners. You can earn miles on everything from car rentals to hotel stays. There's also a shopping portal with limited partners, though currently none of the offers stick out as particularly good deals.

The Japan Airlines Family Club allows the pooling of miles for up to eight family members, all of which must be immediate family, plus parents and in-laws. A Family Club membership is good for five years and must be renewed for subsequent five-year periods.

In 2015, JAL announced that online search capabilities would be limited for a few months for members from the Americas region. The Mileage Bank program was one of the most useful tools for finding Oneworld award availability, but to this day functionality has not been restored.

I tried searching with an account registered in the UK, which gave me back some of the JAL-operated award search capability. But it still had issues when I searched the few partners bookable online.

My guess is the program and the ease of booking online proved so popular with Starpoints-rich (now Marriott) Americans that JAL wanted to limit the number of award tickets being booked. To find bookable JAL space, use the British Airways Avios flight search tool or Qantas.com.

To book an award ticket with your JAL miles, call 1-800-525-3663. You can use your miles to book award tickets for relatives, as described in the following chart:

From the start, it’s important to note that Japan Airlines has a complex rewards program. It has multiple award charts with dozens of lines of small print, often detailing important rules. Make sure you read everything on each page you’re reviewing.

For flights operated by JAL, redemption rates are region-based, while rates for partner flights are distance-based. The following rules apply to round-trip award tickets on JAL-operated itineraries:

In addition to redeeming JAL miles for Oneworld alliance member flights, you can book with Air France, Alaska Airlines, Bangkok Airways, China Eastern, Emirates, Korean Air, and Jetstar Japan (which has its own award chart). Award tickets on partner airlines are distance-based according to this chart.

The following rules apply to award tickets on partner flights:

Below I'll show several examples of itineraries that can maximize some of the more interesting mileage requirements from the distanced based chart.

Another unique characteristic of JAL Mileage Bank is the constant and numerous mileage promotions. Each has its own complicated and cumbersome rules and dates. However, they are often valuable and worth pursuing. Here's a list of past promotions to give you an idea:

Looking at the region-based award chart for JAL, in conjunction with several of the ongoing promos, there are some easy sweet spots to focus on. Round-trip business class from North America to Japan for only 100,000 miles is a fantastic deal. You can compound that by visiting two cities in Japan with a permitted open jaw.

That means you could fly New York - Tokyo (open-jaw) Osaka - Tokyo - New York and see both Tokyo and Osaka on one ticket. You could do that same itinerary in economy class for only 50,000 miles.

Other good deals include the following (all prices are round-trip):

For partner award flights, the key is to create an itinerary with two stopovers that maximize the distance-based zones where distance is increased but the miles required only increase slightly. Use the JAL award sector mileage calculator to figure out the official length of your itinerary. Remember that the open jaw, or ground sector of the itinerary, is included.

I generally try to create itineraries in the ninth zone of the distance chart, which includes itineraries between 14,001 and 20,000 miles in length. Taking into account the two stopovers allowed, you could fly the following itinerary on partner Emirates via its fifth-freedom route to Europe: New York - Milan (stopover) - Dubai - Bangkok (destination) - Dubai (second stopover) - Milan - New York all for the following rates:

You can find Emirates award availability on Alaska.com or Qantas.com.

Using JAL partner Alaska Airlines, you could start in Seattle and see Hawaii, San Diego and Cabo for only 45,000 miles in economy class. The itinerary is 7,934 miles, putting it in the fifth zone of the JAL award chart.

Next, you can move to South America and partner LATAM to take advantage of some great rates. You can start in New York and see São Paulo, Iguazu Falls and Rio de Janeiro. Ticket #1 costs 15,000 miles and is GIG-IGU-GRU. Ticket #2 covers JFK to Rio, with a return from São Paulo and costs 47,000 miles.

If you're willing to sit down and study the different promos, routing rules and award charts for the Mileage Bank program, you can get pretty far for very few miles. There are several zones in the distance-based award chart for partners that make little sense when it comes to the incremental cost increases. They are ripe for creating itineraries that maximize the allowed two stopovers and the allowed combination of multiple Oneworld partners.

Researching this post alone has made my head spin with all the wonderful possibilities to maximize my JAL miles!

How would you use Mileage Bank miles?

Featured image by Photo by Nick Ellis/The Points Guy
Editorial disclaimer: Opinions expressed here are the author’s alone, not those of any bank, credit card issuer, airline or hotel chain, and have not been reviewed, approved or otherwise endorsed by any of these entities.