Using Airline Miles in a World Without Award Charts

Articles
Summer Hull , aka Mommy Points, ran the Mommy Points site for families who want to travel more for less using miles and points for seven years. She now heads up a variety of special projects at TPG when she isn't exploring the world with her own two girls.
Follow
April 09, 2019
•
8 min read 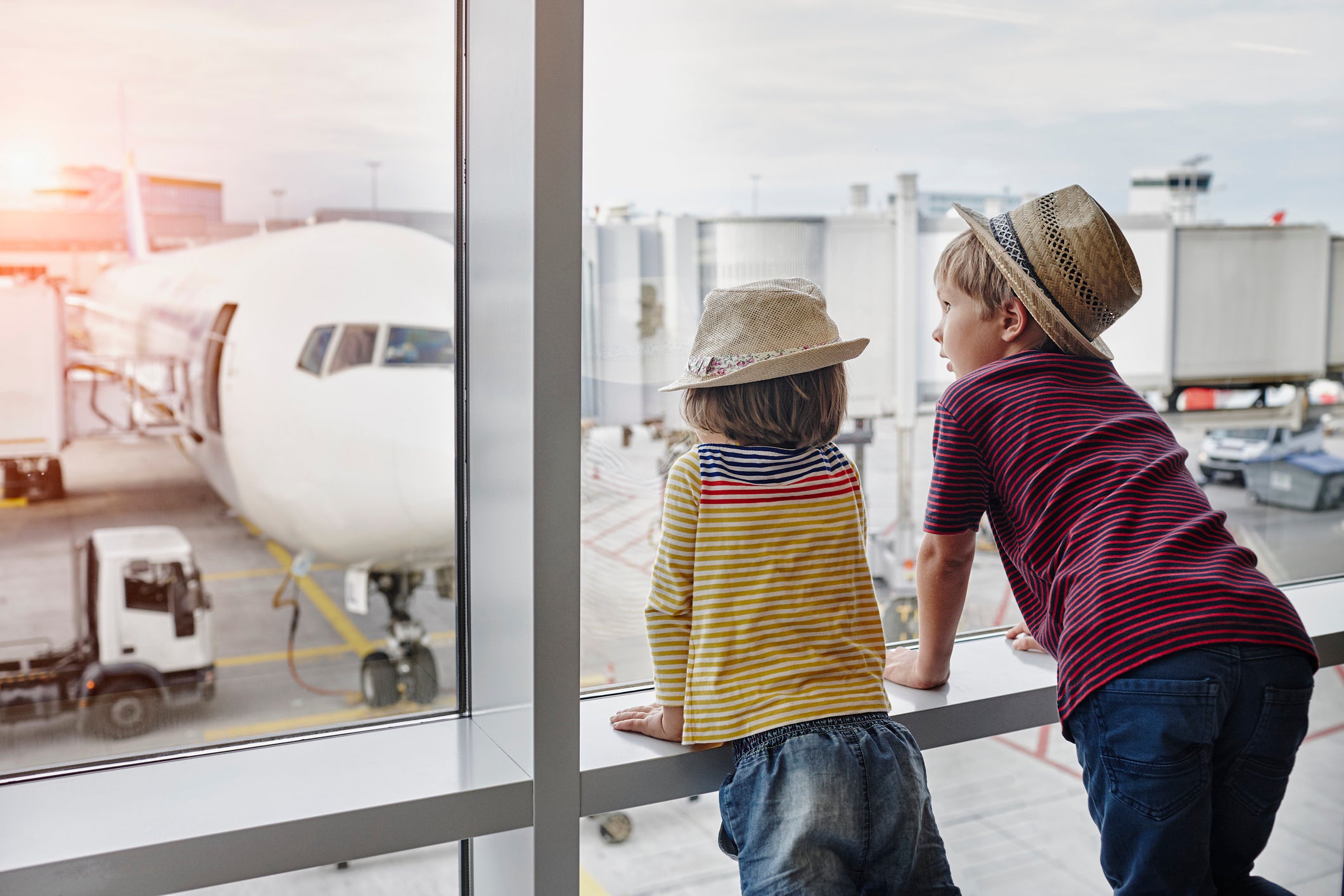 Redeeming frequent flyer miles has always been part art, part math and a bit of luck. At the heart of it all, we had award charts to guide us with prescribed minimum and maximum award prices. If you wanted to travel on a peak week, like Thanksgiving or a summer weekend, you knew the maximum number of miles it would cost.

However, airline award charts, at least within the United States, are quickly becoming relics. Southwest Rapid Rewards did away with its credits system in 2011 and introduced a points-based system with redemption tied to the selling price of the ticket. In 2015, Delta Air Lines eliminated its published airline award chart. Not to be outdone by the airline programs, even Hilton Honors stepped away from a published hotel award chart in 2017 (though it is somewhat still in use behind the scenes).

As of last week, United MileagePlus has joined the ranks of travel loyalty programs that is saying sayonara to award charts as we knew them.

Off-peak travelers stand to benefit handsomely from the elimination of award charts with award prices as few as 5,000 miles, but peak week travelers are hit hard -- very hard. Unfortunately, it is only during those peak travel weeks that many families who are tied to a school calendar get the chance to hit the sky. With more airlines directly tying award prices to cash prices (or demand, as they call it), the old rules are gone.

I set out to write a tip-based guide for navigating using miles during peak travel weeks, but here's the truth, it's currently a bit of a free-for-all. Sample flights from NYC to Miami or Orlando during a week like Thanksgiving range from 5,000 miles to more than 30,000 miles each (in economy) with little distinguishable rhyme or reason to the variable prices.

Can you fly on Monday during the week of Thanksgiving? That'll cost 5,000 United miles. Need to fly the next day? That will be 4x the points. Want Wednesday? Be ready to spend 30,000 miles. Cash prices follow the same general trend on those travel days, but Wednesday's lowest cash fare is 2x Monday's lowest economy cash fare, not 6x. Award prices are even more variable than cash prices.

What about airline partners? When there aren't standard and saver award prices you can see, it is hard to know what inventory a partner airline may have access to booking without checking. You can book United flights with partners such as Avianca LifeMiles or Air Canada Aeroplan, but don't assume they will have the flights you need. Even when United only wants 5,000 miles for flights, partners had nothing at all available in our test searches. Yet, on some other days, partners had access to some flights (for potentially more or less than what United wanted). More often than not those flights were only connecting itineraries.

Enough about United -- let's look at American. Oy vey. Yes, American AAdvantage still technically has an award chart at least for now, but you wouldn't exactly know it by looking at award prices. They are all over the places starting from 5k to 32.5k miles for the same economy domestic routes.

Here's an interesting thing about American, they at least still seem to release domestic awards to partners. In fact, a booking may cost fewer miles with a partner. Again, take the day before Thanksgiving -- the holy grail of peak travel dates.

American Airlines wants a minimum of 55,000 miles to fly in first class from the NYC area to Miami. However, if you book American operated flights via Alaska, you can spend just 25,000 Alaska miles. Why? I have no clue, but that's the case as it stands today.

Using Miles in a World Without Award Charts

In a world with increasingly few traditional airline award charts, it isn't all bad news. If you are tied to traveling during peak weeks, you must get smarter and more resourceful if you want to come out on top. Here are five tips to maximizing miles in a world without award charts:

1. Assume nothing, check everything.

You aren't going to know what an airline award costs until you check. That was always true, but it is now true to the nth degree. The same is true with partners -- while international airline partners may still largely use award charts (for now), don't assume that availability will mirror what you expect. You need to check, and sometimes that means picking up the phone.

Families probably already know this to be true, but those elusive last-minute killer award deals rarely apply to peak travel weeks, especially when you need multiple tickets. Now, more than ever, book early. As award prices are more closely tied to demand/cash, don't wait until prices jump. If you see something you like, lock it in and don't look back. (Unless you are booking an airline that allows free repricing of awards, then look all the time.)

If you want to maximize your miles, it is no longer enough to know that British Airways Avios can be used to book American Airlines operated flights. You also need to know when to look to Iberia Avios (can cost less than British Airways awards on connecting flights), or turn to Alaska, which is still king of the 12.5k awards -- and when to dig even beyond that. If you skip stories that talk about booking via partner programs, challenge yourself to read one and learn one new option. Here's a good place to start.

The ones winning in the new world of variably priced awards are the flexible travelers. Flexible might mean date flexibility (such as Monday instead of Wednesday during Thanksgiving week), but also those flexible in destination. If you want to stretch your miles as you do your cash, browse award prices and let the price be your guide -- or at least your tie-breaker. With all sorts of Reduced Mileage Awards, SkyMiles Sales and more, there are very affordable award tickets out there if you are willing to let price be your guide.

5. Have flexible points and little loyalty.

It's not just you that need to be flexible -- it's your points, too. I recently booked a family trip to Orlando (yes, again) for this summer, and traditional awards weren't cutting it. Our date range was not one that hosted a 5,000-mile award, but we still had options. United wanted at least 12,500 miles per person for award tickets and partners had no flights, but I could book nonstop tickets via Chase Ultimate Rewards using my Chase Sapphire Reserve for about 10,000 miles per person and earn miles in the process, so that's exactly what I did.

To get home, I'm likely saying my own sayonara to traditional programs and taking Frontier Airlines up on its kids fly free program that will work for my dates. In a world of no award charts, there should be only transaction-based loyalty on your part. You don't know what your miles will get you in the future, so don't be tied to earning any one particular type. We can book those Frontier tickets with our Capital One Venture Rewards Credit Card, get free seats for the kids by having a Discount Den membership and pay for the adult seats with Venture miles.

Award travel is not dead, but it is ever-changing. The continued movement away from award charts is a very big (and pretty bad) deal, but it isn't the end of the road. Off-peak award travel now costs less for those with flexibility and peak travel simply requires more strategy, knowledge and more options.

Related stories
Legislation that could gut credit card rewards set to move through Congress
Would you stay at 1 of these 8 haunted hotels this Halloween?
Southwest winter flash sale: Get one-way flights for as low as $29
You can currently buy points and miles with up to a 100% bonus — but should you?
Featured image by Getty Images/Westend61
Editorial disclaimer: Opinions expressed here are the author’s alone, not those of any bank, credit card issuer, airline or hotel chain, and have not been reviewed, approved or otherwise endorsed by any of these entities.