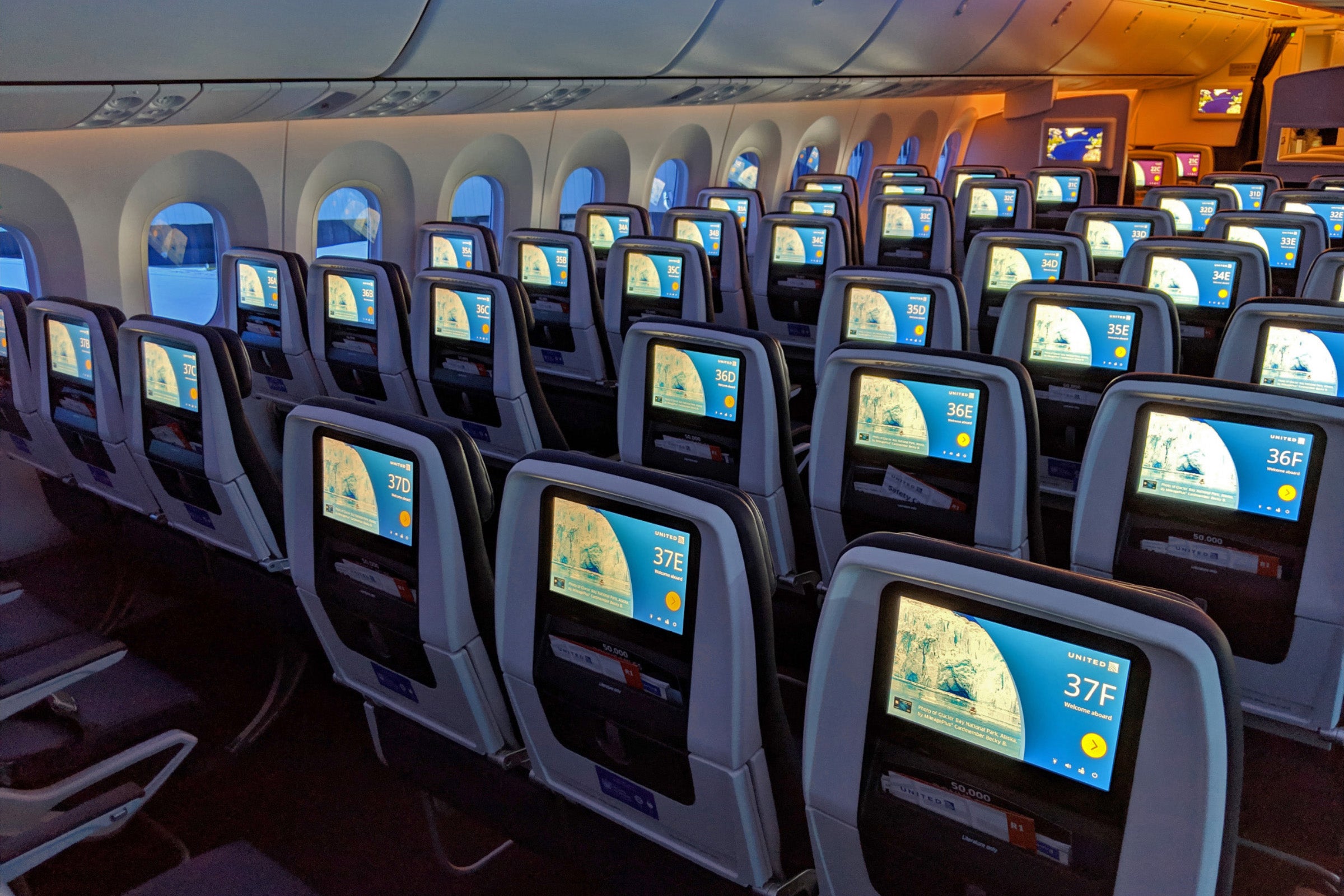 United has gone to great lengths to improve its inflight internet offering. The network used to be riddled with connectivity issues — often resulting in cross-country or international flights without functioning Wi-Fi. Being disconnected sounds lovely ... until it isn't.

But, those days are (mostly) gone, so if you need to be connected to what's happening on the ground while you are in the sky, bookmark this guide to navigating United’s Wi-Fi network.

Every United mainline plane and two-cabin regional jet now offers internet access. As such, the only two aircraft models that don’t offer internet access are the Bombardier CRJ-200 and Embraer 145. Fortunately, those planes usually fly some of the carrier’s shortest routes, so you won’t be disconnected for too long.

Though it’s easy to assume that Wi-Fi access equates to functioning internet, there’s a lot more to understand behind-the-scenes. Firstly, the airline uses four different network providers that each have different coverage maps and reliability.

Gogo provides internet for most of United's Express fleet, as well as a subset of the Boeing 757-200s that mostly operate premium transcontinental flights. Gogo coverage is limited to the continental United States, as well as parts of Alaska and Canada.

If you’re flying United long-haul, chances are that you’ll be on a plane with Panasonic Wi-Fi. This provider is the only one of the four that offers a truly global coverage network, so it’s no surprise that United has outfitted its wide-body aircraft with Panasonic. Some single-aisle planes also feature Panasonic Wi-Fi, such as select Airbus A319, A320 and 757.

Thales offers satellite-based internet over the continental United States. You’ll find Thales-powered Wi-Fi on an assortment of the airline’s Boeing 737s, as well as some 757-300s. It's worth noting that there were multiple reports of Wi-Fi issues on Thales-equipped 737s near the end of 2019. If Wi-Fi is critical for you, you may want to avoid this type of plane on United for now.

Finally, my personal favorite— ViaSat— provides Wi-Fi across most of North America, Latin America, the Caribbean and Europe. ViaSat tends to offer the fastest internet speeds, but it’s also available on the smallest proportion of United’s fleet— just select Airbus A319s, 757s and the 737 MAX 9, which of course are currently grounded.

If you’re curious about which provider will power your internet session, be sure to check the flight status page 48 hours before your flight.

Once you’re in the air above 10,000 feet, connecting to United's internet isn’t hard. Turn on Wi-Fi and select the “United Wi-Fi” network. After connecting, fire up your browser and head to unitedwifi.com to access the landing page.

The landing page is where you'll purchase internet access. If you’re using a laptop, it’s also the hub for all the complimentary streaming entertainment that United offers.

How much does it cost

Unfortunately, United doesn’t publish Wi-Fi pricing ahead of time. The price varies based on many factors, such as flight duration and route.

When purchasing Wi-Fi onboard, you’ll need to select from one of three plans: a one-hour, two-hour or full flight pass. There are no data caps for using the internet.

While some other airlines offer full-day passes, United’s are flight-specific. So if you’re connecting to another flight, you unfortunately won’t be able to use your internet purchase on subsequent same-day flights.

When researching for this guide, I collected some data points on United Wi-Fi pricing that I’ve sorted in the table below.

If you have a card such as the United Explorer Card, the final price to you will be a bit lower in many cases as the card provides a 25% statement credit on in-flight United purchases, such as Wi-Fi.

You can also redeem MileagePlus miles towards the cost of Wi-Fi at a rate of about 0.6 cents per mile. We at TPG value United miles at 1.3 cents per mile, so I’d highly recommend saving your miles for a more valuable redemption down the line.

Is it worth it to buy a United internet subscription?

The other alternative to purchasing single-use passes is to subscribe to one of United's two subscription plans. The difference between the two plans is the regions where the plans work.

(If you choose the cheaper plan but end up on a long-haul flight, you’ll need to purchase a one-time pass for internet access).

The rates above are on a month-to-month basis. If you’re a very frequent United flier, the airline offers discounts if you’re willing to commit to an annual contract. The North and Central America plan is $539 annually, while the global plan is $689 annually. As with individual Wi-Fi sessions, you can purchase a subscription using miles.

I find the most value in purchasing monthly Wi-Fi subscriptions. I’m often traveling for two weeks at a time, and then off for a few weeks, before restarting again. Instead of committing to an annual contract, I love purchasing Wi-Fi for a month, letting it expire and then only purchasing another subscription when I’ve got lots of United flights scheduled. This way, I’m not paying for time I won’t use, and I’m still saving money over paying for internet on a per-flight basis.

With Newark to Houston flights ringing in at about $36 in Wi-Fi per round trip, spending $49 per month can quickly become the better deal.

My rule of thumb is that it takes five short-haul flights to recoup the cost of the cheaper monthly plan. If you’re flying medium to longer-haul flights, it could take 3 flights or less. If you fly internationally at least once per month, then it makes sense to upgrade to the global plan.

Best ways to save on United Wi-Fi

Aside from getting a monthly subscription, there are a few ways to save on United Wi-Fi.

Several American Express cards offer airline incidental credits. If you select United as your carrier of choice, you can use your Amex travel credits to get inflight Wi-Fi for free.

As mentioned earlier, if you hold a United Explorer Card or United Club card, you get a 25% statement credit for all inflight purchases including Wi-Fi. Single-use passes, as well as monthly and annual subscriptions, are eligible for the discount.

Related: How to save on in-flight Wi-Fi

If your United Wi-Fi does not work as intended, be sure and request a refund from the airline. However, know that if you have a monthly subscription plan, a refund will not likely be issued for malfunctioning Wi-Fi on any given flight.

The good news is that almost all United planes now feature Wi-Fi. While the carrier uses a hodgepodge of network providers on different aircraft types, the pricing structure is relatively simple. For regular United flyers, it can make sense to purchase a monthly Wi-Fi subscription -- and you can save even more money if you pay with the right credit cards. Armed with this guide, you’ll be cloud surfing in no time.

Featured image by There's now even more incentive to sign up for MileagePlus, even for occasional United flyers. Photo by Zach Honig.
Editorial disclaimer: Opinions expressed here are the author’s alone, not those of any bank, credit card issuer, airline or hotel chain, and have not been reviewed, approved or otherwise endorsed by any of these entities.