Coming in March: Everything you need to know about British Airways' Boeing 787-10 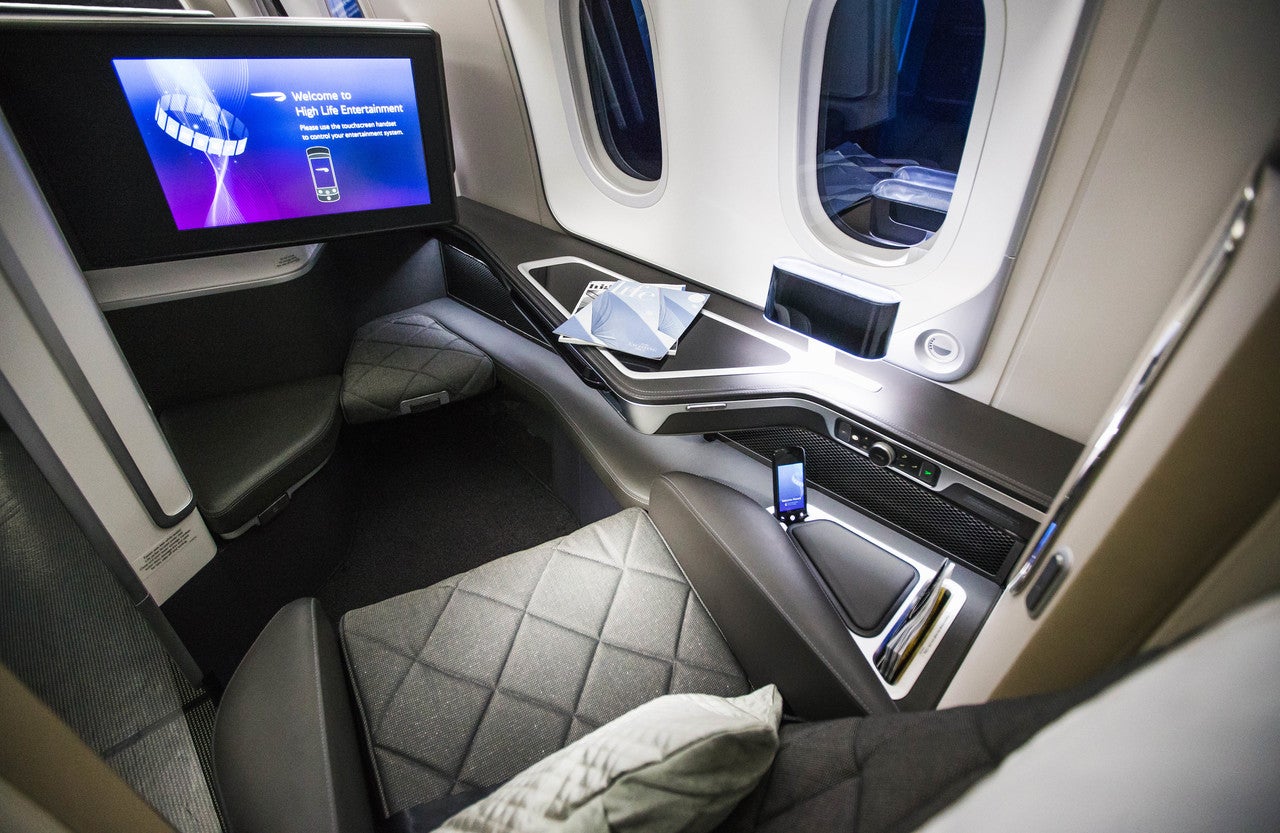 After the highly anticipated arrival of British Airways' first Airbus A350 in 2019, featuring the airline's new Club Suite business-class product, next on the airline's rollout list of new aircraft is the Boeing 787-10 -- the third, newest and longest version of Boeing's Dreamliner family. As is often the case with new aircraft, a delay to the aircraft's delivery has delayed British Airways' plan for the first passenger flight of its 787-10. The aircraft's inaugural passenger flight to Atlanta (ATL) was due to take place on February 25, but it has now been delayed until March 10.

The first BA 787-10 has not yet been delivered to British Airways. B787register shows the aircraft registered as G-ZBLA and notes that its scheduled first flight on January 9 was canceled and moved to January 17. FlightRadar24 shows no history of any flights by G-ZBLA.

When the aircraft finally enters service, it will be the first of 12 787-10s that the airline currently has on order. All 12 787-8s and 18 787-9s the airline had on order have already been delivered and are in service, operating on routes across the globe. On delivery of the last -10 variant, there will be a total of 42 Dreamliners in BA's fleet.

The image below shows how the cabin will be configured:

The First cabin on the 787-10 will be similar to that of the 787-9 and feature eight seats in two rows arranged in a 1-2-1 configuration. It is, without doubt, a more private set up than First cabins by the likes of that in the nose of the 747.

In terms of soft product on board, passengers can expect a similar experience to those offered on other aircraft in First.

Business-class passengers will be pleased to know that the 787-10 will feature 48 of the airline's brand-new Club Suite seats — nearly the exact same as on the A350. The Club Suite is a vast improvement to BA's eight-abreast, outdated Club World product still in service on most of its long-haul aircraft.

Some 777 aircraft are also getting a refresh, with Club Suite upgrades already being rolled out. If you want to learn more about the plans for BA's Club Suite, here is check out our guide.

In World Traveller Plus (BA's premium economy), the cabin will be configured in a 35-seat layout with five rows in a 2-3-2 configuration. Passengers can expect the aircraft to be fitted with the latest-generation version of the cabin. Each seat will have charging ports as well as 12-inch in-flight entertainment screens -- 2 inches bigger than those in economy. With the combination of a 18.7-inch seat width and up to 38 inches of legroom, passengers can expect a significantly more comfortable ride than in economy.

Related reading: Is premium economy worth it?

At the back of the aircraft, seats will be configured in rows of 3-3-3 for the most part other than where the plane starts to narrow toward the back and it becomes 2-3-2. In terms of seat specs, as well as the 10-inch IFE screen, the seats will have 31 inches of pitch and be 17 inches wide.

Atlanta is the only scheduled route for the aircraft and will replace the 787-9 variant of the Dreamliner, which currently operates the route. For the outbound leg from Heathrow, the schedule changes slightly depending on the day. On Mondays, Tuesdays, Thursdays, Saturdays and Sundays the schedule will be as follows:

On Wednesdays, the flight will depart slightly later.

And on Fridays, the flight will leave later still, and operate under a different flight number.

The return leg will fly as BA226 and follow the same schedule every day of the week.

Due to the dense configuration of premium cabin seats, it's likely that the aircraft will replace routes with high business traffic. And as the aircraft features BA's First cabin, it will likely replace aircraft operating on the airline's routes that feature first class.

TPG U.K. reached out to British Airways for an update on the planned routes for the aircraft but a spokesperson for the airline said that Atlanta (ATL) is the only confirmed destination thus far.

There have been reports surrounding the other routes that the aircraft will fly. A quick search using ExpertFlyer, which is owned by TPG's parent company Red Ventures, shows that the 787-10 is scheduled to operate on the following routes.

Based on ExpertFlyer seat maps, the second destination for the 787-10 is looking likely to be Dallas, launching on May 1.

The third destination appears to be Seattle on America's West Coast, starting July 1.

And at the end of the summer on September 3, Nashville will reportedly receive its first-ever BA 787-10.

If you're looking to book flights on any of these routes and want to fly the 787-10, take these dates with a pinch of salt. Like the original delay in the 787-10 launch, these dates are highly subject to change.

To double check which aircraft you'll be flying on when booking, it is likely to be noted as 787-10. If it only shows 787, it's likely not to be the -10. If you really want to be sure, you can look at the seat configuration at the seat selection stage to check to see if the configuration is 1-2-1, as this will mean Club Suite is indeed installed.

As you might have guessed, as the number after the dash increases, so does the size. At 223 feet long, it's 38 feet longer than the first 787-8 version of the aircraft introduced by Singapore Airlines in 2018, and the longest of the three Dreamliner family members.

The same increase cannot be said for the distance that their aircraft can fly. Its significant increase in size means that its range is reduced to 7,443 miles -- around 1,000 less than the -8 and -9.

Bigger plane means more passengers. Its capacity will be 256, around 40 more than previous BA Dreamliner models.

As well as aesthetic and performance differences, the -10 will have even more improved cabin pressure and air quality as well as lower noise. Additionally, this will be the first 787 where BA will have Wi-Fi installed on every aircraft.

The 787-10 is an exciting addition to BA's mostly outdated long-haul fleet. The safeguarding of the airline's First cabin, the new Club Suite and other refreshes throughout is set to make this aircraft a delight to fly.