Articles
Christian Kramer is the General Manager for The Points Guy UK, based in London. Having lived in different countries and with a previous career in financial services, he is an Avios, Oneworld Alliance and general aviation travel expert.
Follow
Dec. 30, 2019
•
12 min read 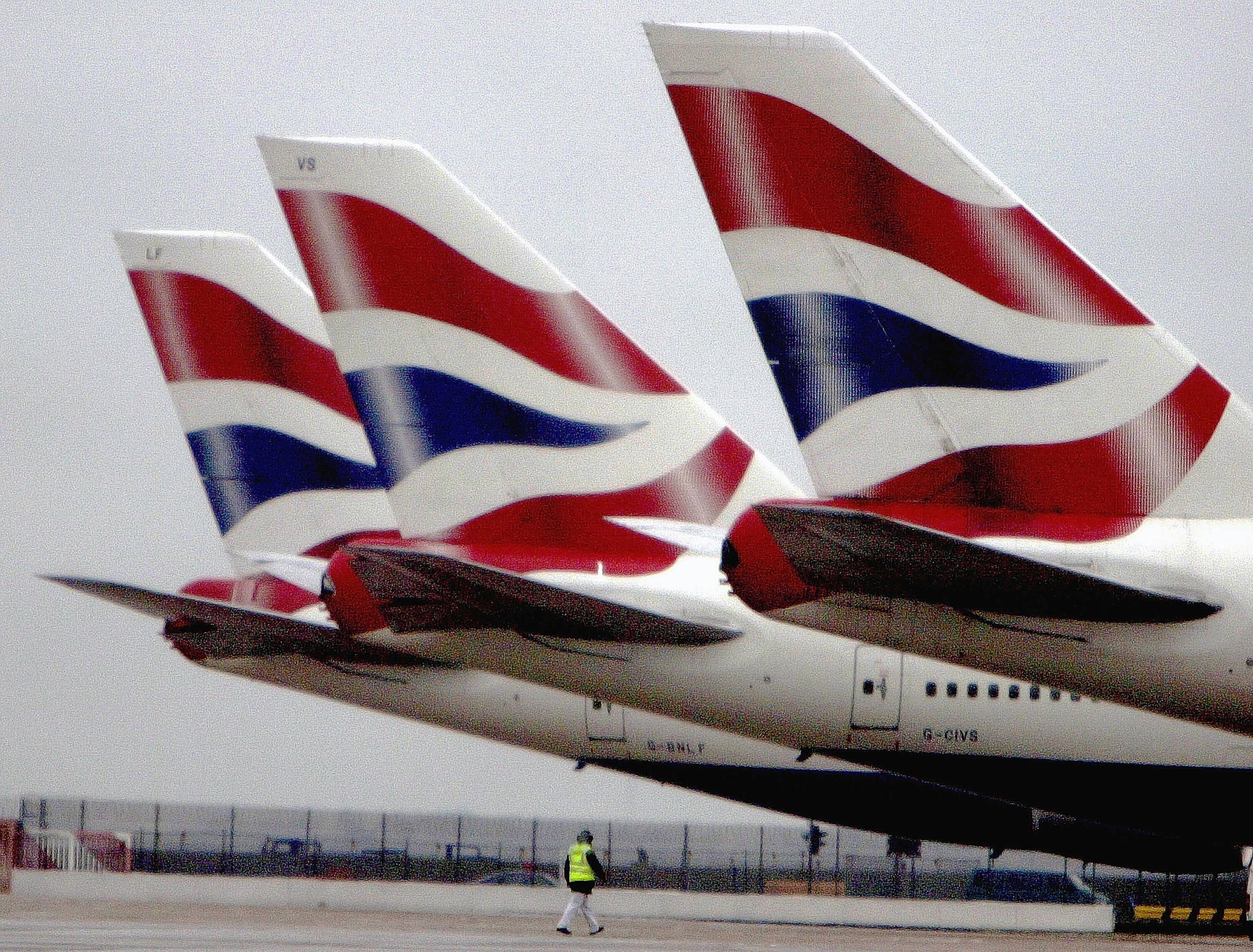 This story has been updated with information about BA's first-class rollout. It was originally published on April 25, 2019.

When it comes to traveling, flying in first class is usually the most aspirational way of doing so. However, not all seats are created equal, and configurations vary between different aircraft types, so we have been looking at the best British Airways seats in Club World, World Traveller Plus (premium economy) and World Traveller (economy).

British Airways is in the process of updating its cabins as it takes delivery of new aircraft, and not all of them will feature a first class cabin. Currently, neither the Airbus A350 nor the Boeing 787-8 feature first class, and some of its Boeing 777-200 also don't have a first class cabin. As the airline refurbishes its fleet and installs its new business-class product Club Suite, it's also reducing the first-class cabin from 14 to eight seats.

Still, for now, BA offers a first-class cabin on more than 90 of its long-haul aircraft.

Its top product is installed on:

While the ground experience and onboard service should be the same, the seats differ across the various aircraft. And here, we take a look at both the different seats as well as which seats to pick on the various aircraft. These are not full reviews of each seat, but instead are intended to help you decide where to sit.

The first-class cabin is in the nose of the Queen of the Skies and features 14 seats. The cabin is the most dense of BA's first-class cabins, but there is something special about being in the nose of a Boeing 747. I also like the fact that galley and bathrooms are behind the cabin, which means there's no through traffic, and crew and passenger movement are less frequent.

There are 10 window seats and four seats in the middle that are best suited for those traveling with others and wish to be able to talk with their companion during the flight. The footrest of each seat also functions as a buddy dining seat, which allows two passengers to eat together. These are tight though, particularly at the shoulder.

Row 1 is typically reserved for British Airways Executive Club Gold card holders and are undoubtedly the most special on aboard the 747 — seats 1A and 1K. The curvature of the plane means passengers in 1A and 1K can almost look forward out of the windows. If you get the chance to grab one of those seats (either via status or when they open up at online check in), definitely go for it. Some find the closet between the two seats to be the cause of noise, but I find that neither crew nor other passengers tend to access it much during the flight. (There are no overhead lockers above Row 1, so that closet is best for storing belongings.)

Row 2 is considered by many as the most private, as the distance to your neighbor is greatest. That's the row I'd go for it you can't get Row 1 or want the most privacy.

The middle seats in rows 4 and 5 (seats E and F) are good couple seats. If you have a choice, I'd avoid Row 5, purely because it's closest to the galley and bathrooms and thus has the most foot traffic and noise.

British Airways has up to three crew working in the first cabin if passenger numbers exceed nine. However, it's usually two crew if there are fewer than eight passengers.

A full review of British Airways first class on a Boeing 747 can be found here.

The first-class cabin on the bigger of BA's Dreamliners features the newest first-class seat and is also the smallest cabin with only eight seats spanning over two rows.

The middle seats are best suited for anyone traveling with a companion, especially as this first-class seat does not feature buddy dining. Given the smaller cabin, there are fewer choices for a good (or bad) seat. Some prefer Row 1 for prestige reasons (who doesn't like 1A on their boarding pass), though general consensus is that Row 2 is quieter, as it's farther away from the galley. The Club World cabin is right behind Row 2, but there's limited crew through-traffic and there's a proper wall divider together with a strong curtain. The picture below is me in 2A.

There are two crew members for the eight first passengers, and many think this is the best BA first-class seat. It is likely that a version of this seat will be used for the soon-to-come 777-9 first cabin. The downside for me of this cabin is that there is through traffic (unlike on the 747, and to a lesser extent on the A380), and a common criticism is that there is only one bathroom for the whole first-class cabin.

The seat itself is the same as the one on the 747, though the foot area is wider, which means the buddy seat is more comfortable and actually accommodates a human shoulder without needing to lean forward too much.

The 777-200 version has the galley and the toilet at the front, and the -300 version has lavatories at the back of the cabin. On both versions, that does mean there is through traffic, and Row 1 is closest to the galley. Given there's no other attraction to being in Row 1 (unlike the 747 and A380), I therefore avoid Row 1 and try to go for Row 2. Whether scientifically true or not, I think there's sometimes more through traffic on the A side, so 2K is usually my go-to seat on the 777.

A full review of British Airways first class on the 777 can be found here.

British Airways is updating its 777 fleet to install Club Suite, and in the process, is reducing the cabin to eight seats. A full guide to the best seats on the first refurbished 777-200 can be found here.

Similar to the 787-9 cabin, my top pick would be Row 2 — despite the prestige factor of Row 1, given Row 1 is right by the galley. Club Suite is right behind Row 2 but it has a wall with a heavy curtain dividing the cabins.

Best British Airways first-class seats on an Airbus A380

Row 1 is the most private in this cabin. It is next to the closet, which is underneath the stairs that lead to the upper deck Club World cabin. And from that seat, one can't see any of the other passengers (there are no E and F seats in Row 1). The bedding for first-class passengers is stored in those closets. A good crew usually empties the closets so that they don't need to be opened during the flight, as that could disturb passengers in Row 1. The staircase is also out of bounds during the flight. Crew might use it, but for noise reduction reasons it's avoided where possible. Though the toilets are in front of Row 1, they are pretty quiet on such a modern aircraft, and I've never had any noise issues.

The galley being at the back of the cabin means there's limited crew through traffic and general movement around, which makes for a quieter and more exclusive cabin experience (than say on the 789 and 777).

For that reason though, I'd avoid Row 4, which is probably the most noisy row, and go for Row 2 if Row 1 can't be selected.

Though the cabin and seat are big and spacious, being on the lower deck gives the whole cabin a very big feel, and for me personally, misses a bit of the plane feel. BA has been criticized for putting the first cabin on the lower deck, which means the toilets are rather small whilst the upstairs Club World toilets are huge (that's where some other airlines have put their first-class showers).

The various British Airways first-class seats are largely similar though have nuanced differences. The A380 seat has most space, the 787-9 the most elegant and nicely done finishes and the 747 seat is in the nose of the Queen of the Skies, which is special in itself. Personally, the 777 has no particular attraction and is therefore my least-preferred first-class cabin.

For couples or those traveling together, any of the middle seats give space and ability to eat together and communicate — and I would avoid any of the back rows due to likely noise from galley, toilets and through traffic.