Articles
Emily McNutt is The Points Guy's Global News Editor and is based in London.
Follow
March 18, 2019
•
9 min read 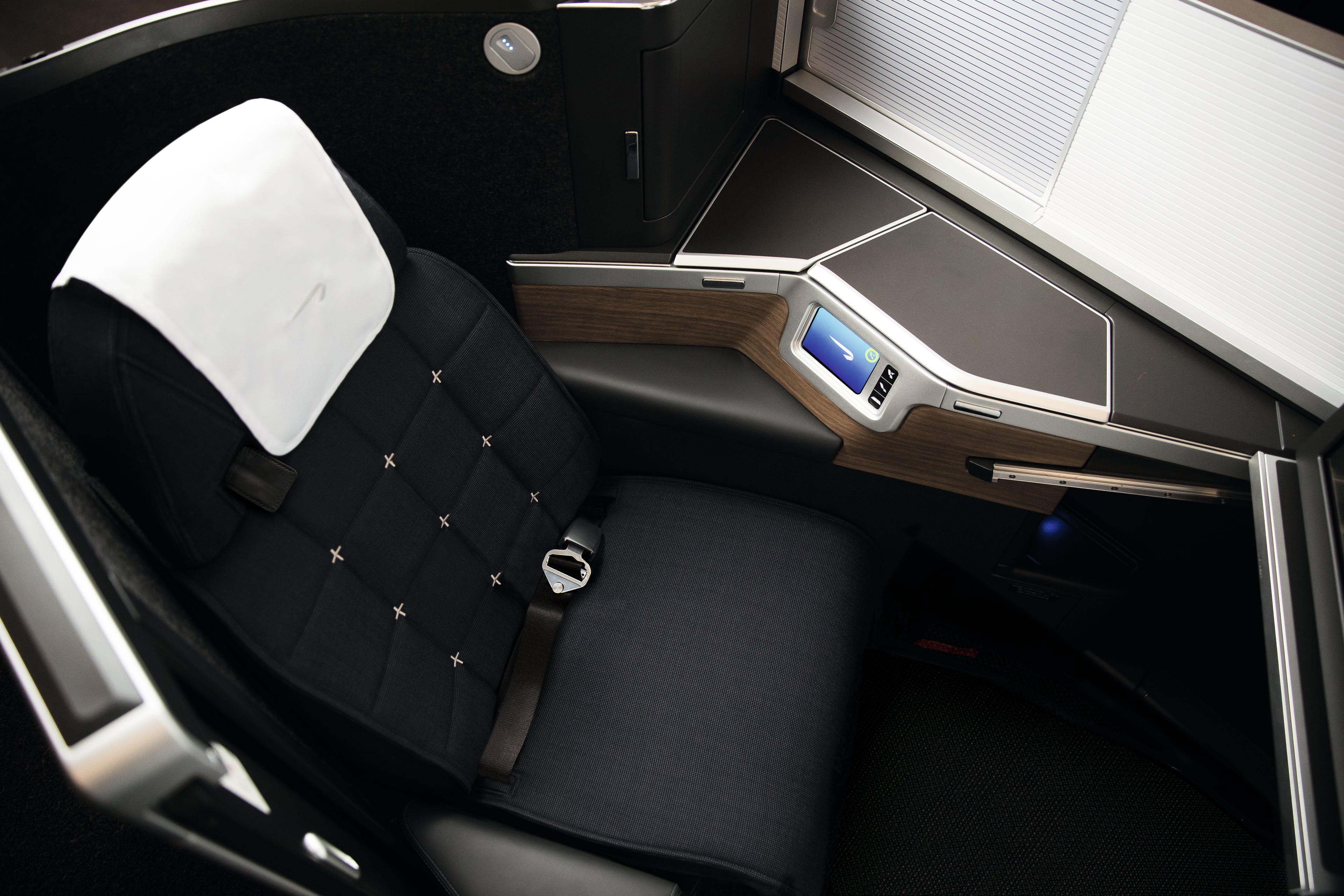 For more than a decade, British Airways has offered the same Club World seat for business-class travelers. Being the first carrier to introduce a lie-flat bed in business class, the product was long the golden level of luxury for premium cabin travel. Since its introduction in 2006, however, other carriers have taken to offering far superior business-class products — such as Qatar's Qsuite and Delta One Suites — all while BA's Club World has stayed the same, aging itself as one of the most dated still flying the skies.

As of Monday, the Club World seat that flyers have come to know — and mostly avoid — is changing. And, instead of taking the easy road, BA's introduced a new, state-of-the-art seat entirely with the Club Suite.

The Club Suite is a first-of-its kind seat for the flag carrier of the United Kingdom. As one might expect by the name, the primary feature of the seat is the fact that it's a suite with a door. The door can be closed manually. Like the Delta One Suite, the Club Suite door has about a one-inch gap when closed.

Each of the Collins Aerospace Super Diamond bespoke seats are arranged in the cabin in a 1-2-1 configuration, meaning that each of the passengers in the cabin has direct aisle access. One of the biggest complaints about the old Club World seat is that its 2-4-2 ying-yang configuration limits aisle access to those who are flush against the aisle. For everyone else, there was awkward leg climbing involved in order to get out of the seat. British Airways has decided to do away with that concept completely for Club World seats going forward.

Because of the 1-2-1 configuration, which is not staggered, passengers seated in one of the center seats could feel a lack of privacy being seated directly next to a stranger. However, BA's introduced a privacy divider between the two seats, which can be manually pulled close and remain closed from gate to gate.

Inside the Club Suite, passengers can expect ample storage — another common complaint with the old seat. In fact, the Club Suite features 40% more storage than its predecessor, according to BA. Each passenger has three storage bin options under one arm. The first is above the shoulder, which opens to an in-seat mirror. Inside, there's space to store an amenity kit, set of headphones and some smaller items. Next to that, there's a smaller pop-open storage area, which is rather shallow and can fit a passport and phone. Finally, closest to the inflight entertainment system is the third storage compartment, which also pops open and features the IFE handheld remote, power outlet, USB outlet and headphone jack. There's also a small water bottle compartment below the vanity, closer to the feet.

Additionally, with its bespoke design, British Airways has become the first Super Diamond seat operator to be certified to allow passengers to stow belongings underneath the ottoman. From takeoff to landing, the carpeted area below the footwell can be used for storage of bedding or luggage.

As far as inflight entertainment, BA kept its promise to offer gate-to-gate entertainment. Instead of the current Club World product, which is required to be stowed during taxi, takeoff and landing, the Club Suite features a built-in seatback screen. The touchscreen measures 18.5 inches and can also be controlled by the touchscreen handheld remote in one of the storage compartments.

The tray table, which extends from under the IFE screen, features a bi-fold design. When fully extended, the tray table has ample space to hold a 15-inch laptop. And, the tray table design features the ability to partially retract if you need to get out of the Suite during meal service.

The seat can be controlled by a built-in device. There are three pre-set positions: takeoff/landing, lounge and lie-flat. However, there's also a touchscreen that allows you to customize just how you want your seat to be situated.

The feel of the product and seat is modern and fresh. BA chose to utilize charcoal as its main color, with the seat featuring white stitching. Throughout the rest of the cabin, passengers can expect soft hues like gray and white.

Additionally, on the interior of the suite, passengers can expect the door and behind the seat to feature felt instead of the common plastic, which can be uncomfortable. The felt also helps with noise reduction.

The Aircraft and Rollout

The Club Suite will initially be featured on British Airways' soon-to-be-delivered Airbus A350-1000 aircraft. BA expects to take delivery of the first of the aircraft in July, though an exact date has not yet been set.

Each of the A350s to be delivered to BA will be outfitted with the new Club Suite product. In total, there will be 56 seats in Club Suite, as well as 56 seats in the existing World Traveller Plus cabin and 219 seats in economy. The A350s will also feature Wi-Fi.

Initially, the A350 will fly short-haul between London and Madrid (MAD) for crew to familiarize themselves with the aircraft and new product. Then, as of Oct. 1, the aircraft will fly to Toronto (YYZ) and then as of Oct. 7, to Dubai (DXB). However, since there is only expected to be one A350 in the fleet at that time, not every London to Toronto and London to Dubai flight will get the new product.

Eventually, the current Club World product will be entirely phased out, though the carrier isn't yet putting a timeline on that project. Of course, the time required to take an aircraft out of service to undergo retrofitting without disrupting operations could mean it's several years before the product should be expected for business-class passengers. Based on BA's current fleet size of 133 long-haul aircraft, about 4.5% of the long-haul fleet will feature the product by the end of 2019.

British Airways has taken the opportunity with these new Club World seats to do what many thought could not be done. BA has shown flyers that it's serious about being a passenger experience-first airline. Instead of offering a product that wouldn't be much of a step above the current Club World seat, BA is joining the ranks of some of the world's top airlines in offering a fully closed suite in business class.

Stay tuned to TPG for more analysis on the Club Suite, as well as a first look when the product officially rolls out.

Related stories
Bask Bank raises the mileage earning rate on its AAdvantage savings account — what you need to know
Targeted Premier 1K members eligible for bonus miles when checking in and checking a bag on the United app
Current airline elite status match and challenge options you should know about
Business-class deals are back: This month’s Flying Blue promo awards
Featured image by Nick Morrish/British Airways