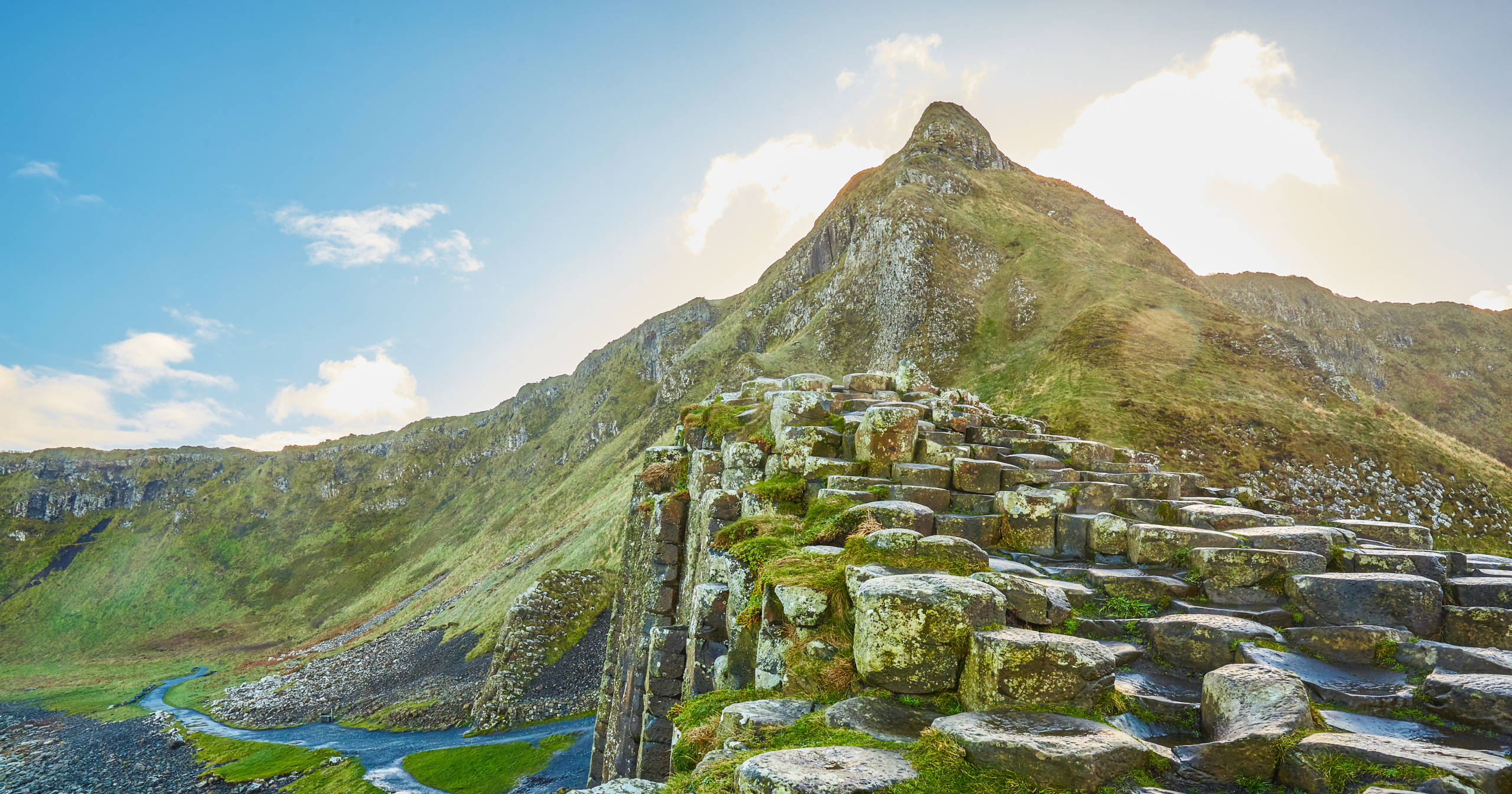 Northern Ireland is famous for many things from "Game of Thrones" locations to golf courses galore. For me, Northern Ireland packages up the best of the U.K. in a relatively bitesize area from the stunning Causeway Coast to the bustle of Belfast. There's great energy in Northern Ireland, and the area is crammed full of breathtaking sights that take you both indoors and outdoors.

A trip to Northern Ireland should start in Belfast. It's a lively historic city with its famous Titanic Quarter, pubs, museums, hundreds of street murals, gardens and much more. A great way to get around is with hop-on hop-off sightseeing buses. Make sure you stop off and visit St George’s Market -- the last surviving Victorian market in Belfast.

The Cathedral Quarter, named after St Anne’s Cathedral, is the city’s historic trading quarter and is packed with Victorian architecture, cobbled streets and quirky little pubs. If you are there on the weekend, Tea on The Titanic (which was built in Belfast) is well worth doing. Step back in time to a period of luxury, elegance and five-star service in the opulent Titanic Suite, which is a detailed recreation of the vessel's grand dining room.

The coast of Northern Ireland

Renting a car is a great way to discover Northern Ireland.

Read more: From Connemara to the Giant's Causeway: 9 of the most beautiful beaches in Ireland

With 334 miles of coast, a trip can take a few days to do in full with stops. Belfast is a good place to start, as an hour later, you will pass the Giant’s Causeway, the Dark Hedges (as seen in "Game of Thrones") and Carrick-a-Rede Rope Bridge -- from where you can sometimes see Scotland on a clear day. Ferry companies like Stena Line have regular sailings that will transport you and your vehicle to Northern Ireland.

The white sands and azure waters of Whitepark Bay also make for a lovely stop. Rathlin, Northern Ireland’s only inhabited offshore island, sits around halfway along the route and is home to an RSPB reserve with resident guillemots, razorbills and puffins.

Drive just an hour south of Belfast and you'll reach County Armagh, a rural gem whose charms rarely get shouted about. Known as the spiritual capital of Ireland, you can enjoy history and culture in the county’s towns or venture into the unspoilt countryside and plentiful apple orchards.

Slieve Gullion Forest Park offers the unmissable opportunity to experience peaceful forest trails along with mountain views. The main six-mile trail is marked, takes you through woodlands and then to the summit of Slieve Gullion. You can also drive most of the way up. At the summit, you will find a Bronze-Age tomb and incredible views.

Dunluce Castle is one of the most iconic monuments in Northern Ireland, situated rather precariously on the rugged Antrim coast. It provides a very important chapter in the history of the MacDonnells of Antrim and north-east Ulster.

This now-ruined medieval castle is reachable via a bridge connecting it to the mainland and is surrounded by steep drops on each side. You can explore the findings of archaeological digs within the cobbled streets and stone merchants’ houses of the long-abandoned Dunluce town. The dramatic history of Dunluce is matched by tales of a banshee (a female spirit in Irish folklore who heralds the death of a family member) and how the castle kitchens fell into the sea one stormy night in 1639.

Tickets are $8 per adult.

If you love beaches, then make sure you make a trip to Whiterocks Beach on the north coast, awarded the prestigious Blue Flag Award multiple times with a backdrop of limestone cliffs that stretch from Curran Strand to Dunluce Castle.

This pretty waterfall is snuggled in the hills just outside the village of Glenoe, 30 minutes from Belfast.

It's in a deep gorge and was a result of water channels that dropped 26 feet over the falls. Tiny fairy houses were added and stuck between the rocks and a tree fell on the top platform, which adds to the dramatic gushing waterfalls.

If you love the outdoors and you’re after something a little different, check out the family-run Finn Lough Luxury Hideaway, Enniskillen. A truly immersive staycation experience here will allow you to forge a connection with the Northern Irish countryside whilst residing in one of its Forest Domes, Suites or Lakeside Villas. The private, transparent domes are quite unique allowing you to watch the starry nights whilst horizontal on crisp, white sheets.

Forest Bubble Domes are from $409 per night.

Read more: 16 of the best hotels in Ireland

The Muddlers Club in Belfast became the third Northern Ireland restaurant to receive a Michelin star. Named after the secret society that met there over 200 years ago, chef and owner Gareth McCaughey hand picks ingredients daily from the best of homegrown Irish produce, offering an enticing tasting menu (that caters for vegetarians and vegans) and a lunch menu, too. The open kitchen provides a sense of theatre and allows you to look on as Irish ingredients are transformed into Michelin-starred masterpieces.

The icy waters around Northern Ireland produce some great seafood. Enter Harry’s Shack at Portstewart Strand, County Derry -- a rustic seafood restaurant right on the beautiful beach. Known for its spiced whitebait, fresh prawns and of course, traditional fish and chips, sunset-viewing tables are popular. It also has a garden overflowing with two acres of organic vegetables and herbs.

If you’re traveling to the Emerald Isle and fail to go north of the border, you are definitely missing out. For such a small place, Northern Ireland has some of the most beautiful sights you will find and our bucket list of things to do keeps increasing.

If you are an adventurer, you can hike, climb and kayak to your heart’s content and if you are seeking something more sedate, a serious food scene and the stunning Causeway Coast is just the tonic.