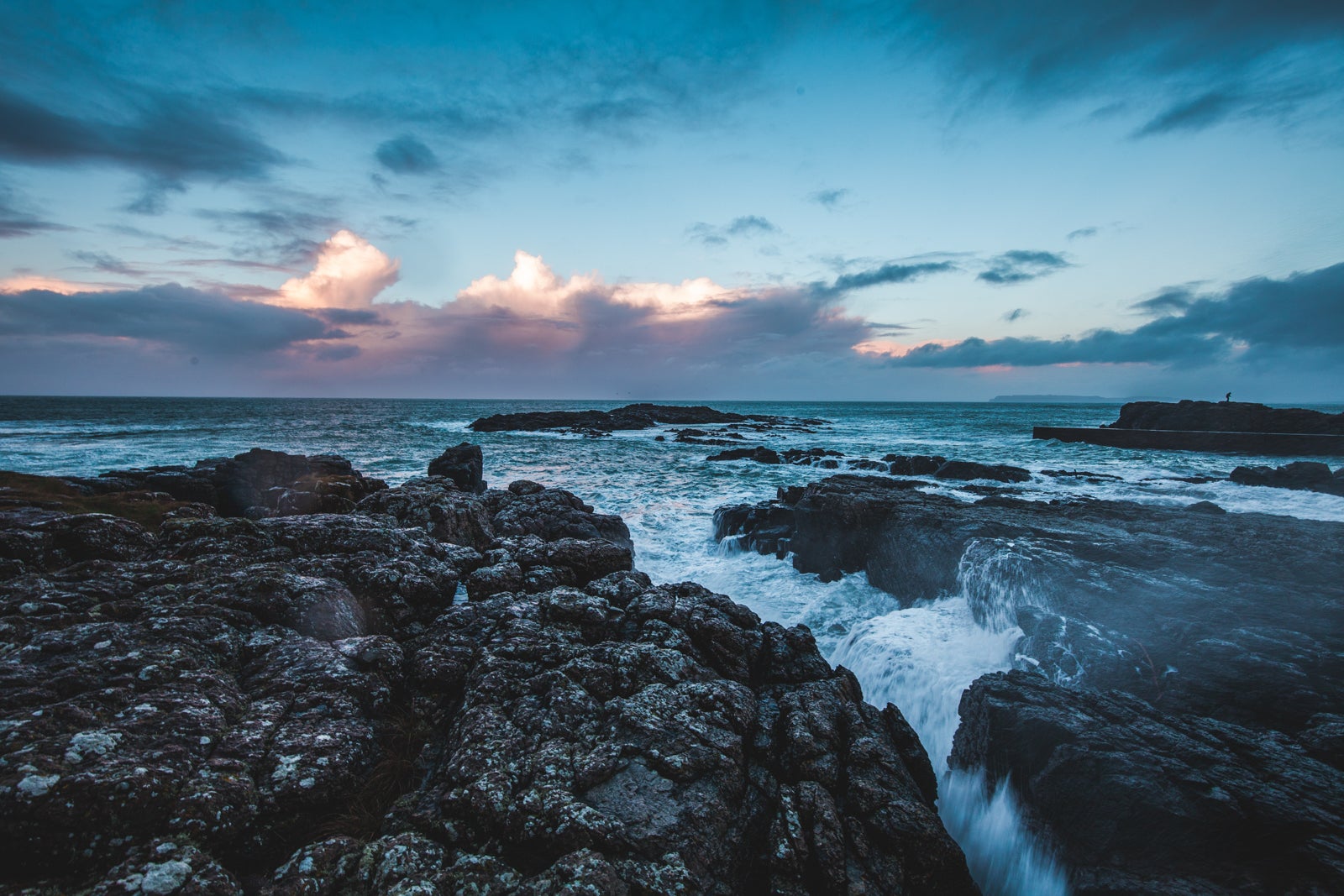 Winter may be over, but it’s just starting for the characters of "Game of Thrones," as the final season premiers on Sunday, April 14.

As a fan, I’m at once excited and sad — I don’t want the show to the end. I love the show so much that I ended up moving to Belfast in 2014. I said it was mostly because I'd always wanted to visit and learn more about Irish whiskey. But in hindsight, it was really because of "Game of Thrones," as so much of the show was filmed in the city and around Northern Ireland.

There, I volunteered at a hostel where many of the guests were extras in the show. I would seek them out and always saved a room for them when we were almost full. In return, they told me little tidbits about what they were filming and answered my stupid questions, like about how dreamy Jon Snow (Kit Harington) was in real life. Sadly, I never ran into any of the cast in all the time that I lived there, and could never say to Harington, "You know nothing, Jon Snow.”

When I wasn’t trying to find Jon Snow and the rest of the Night's Watch, I booked a sightseeing tour that included locations such as Giant’s Causeway and the Dark Hedges so that I could fill the void as I waited for the next season.

Many fans, like Anthony Keaney, a surf instructor in Bundoran, Ireland did a road trip around Northern Ireland to get his Seven Kingdoms fix.

“Well, I’m a 'Game of Thrones' fan and some of it is filmed less than two hours away,” Keaney said. “I started with the Dark Hedges. Later, we visited Castle Ward, home of the Starks of Winterfell — whichever you prefer. We also visited Tollymore Forest where the White Walkers killed two of the Night’s Watch. I think [that's] going to play a big part in the final season, as it’s not been explained so far. I had a great time and can’t wait for season eight.”

Faith Coate, a travel blogger living in Donegal, Ireland is also a super fan and has traveled to pretty much every destination related to "Game of Thrones" in the area.

“I visited over 34 filming sites, all the Tour of Doors sites, the GOT Tapestry and am planning to hit up the 'Game of Thrones' Exhibition when it opens in Belfast” Coate told TPG. "I am waiting breathlessly for the last season and when it’s over, I plan to go and visit all the sites that are in the new season. And HBO is donating many of the 'Game of Thrones’ sets to Northern Ireland in a Legacy Project, so I may get to see Winterfell, King’s Landing or even Castle Black. My inner child is just shrieking in joy.”

In fact, the hit HBO series has helped shape tourism is certain locations “There is such a 'Game of Thrones' buzz here in Northern Ireland, it has really changed tourism,” said writer Jennifer Bain.

Even though this cult phenomenon is ending soon, you can still visit some awesome filming destinations from the show if you haven't had enough 'Game of Thrones' when the series concludes.

Writer Erica Firpo, for one, is already thinking about visiting southern Spain (for a mix of local cuisine and 'Game of Thrones' fandom) with her husband, followed by a trip to Iceland for a little wilding adventure as well.

From Northern Ireland to Croatia, Malta and all across Europe, these are some of the most memorable filming locations for travelers who are just aren't done playing the "Game of Thrones."

Before it was a household name (read: pop culture obsession), the first season of "Game of Thrones" was shot almost entirely in Malta. Here, you can take a tour with locals who worked as extras or do a little touring by yourself. Mdina should be on the top of your list. This ancient, former capital city was the original location for King’s Landing. It’s the oldest city in Malta, and its winding streets, cathedrals, shops, museums and medieval wall will transport you to another time (and Westeros).

Dubrovnik is probably the top tourist destinations for "Thrones" fans, as it doubles as King’s Landing where Littlefinger, Varys and the Lannisters did all their plotting and planning for the Iron Throne. This UNESCO World Heritage Site is the backdrop of so many betrayals on the show, including the Purple Wedding and Cersei’s walk of shame. Take a walking tour around this historic city and live out all your "Game of Thrones" fantasies.

Northern Ireland was a key filming destination for the Seven Kingdoms. About 80% of the show filmed either inside Belfast’s Titanic Studios or on location in the region.

One place that played an important role on the show is the stunning Tollymore Forest Park. It was here where Ned Stark found the litter of dire wolves that the Stark children adopted. This picturesque park spans more than 1,600 acres was also where Ramsay Bolton set his dogs on poor Theon Greyjoy.

Located only 40 minutes away from Belfast, Castle Ward (also known as Winterfell) is where the deadly "Game of Thrones" started when King Robert Baratheon came to see his old friend Ned Stark to ask him to be the King’s Hand. And we all know, it pretty much went downhill for the House of Stark after that. This estate was featured in many of the show’s most shocking scenes, including when Jaime Lannister pushed Bran Stark from the tower after he caught him having a, well, incestuous relation with his twin sister, Queen Cersei Baratheon.

One of the more popular locations for "Game of Thrones" fans, the Dark Hedges are beautiful rows of beech trees that forms a weirdly haunting tunnel that the Stuart family planted in the 18th century. These tree tunnels were featured prominently in Season Two, Episode 1: The North Remembers when Arya Stark escaped from King’s Landing disguised as a boy. This attraction lures in thousands of visitors from all around the world. If you want to get an awesome shot for Instagram, we recommend going early in the morning before it's totally overrun by tourists.

Iceland’s striking frozen scenery served as the harsh backdrop better known as “Beyond the Wall.” It's here where the menacing White Walkers and wildlings roam free, and also where Jon Snow met his future Free Folk lover, Ygritte, who told him, “You know nothing, Jon Snow.” You can visit Grjótagjá Cave where Snow and Ygritte consummated their love and pledged an oath to each other — one that Snow later broke. Rest in peace, Ygritte.