Should you apply for the new United Club Infinite Card?

Articles
Ethan Steinberg has been a frequent flier for as long as he can remember. He went from studying abroad in Paris to moving to Shanghai after graduating college, where he covered all things travel in the Asia-Pacific region for TPG.
March 24, 2020
•
6 min read 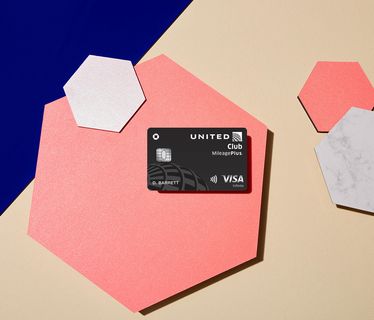 We've seen a lot of competition in the premium credit card marketplace in recent years as customers become increasingly comfortable with the idea of paying $450+ in annual fees and issuers compete in that lucrative market. Chase, American Express, hotels and airlines have all been updating their premium-card offerings to stay ahead of the curve.

Now United Airlines has joined the fray with its newest premium product, the United Club℠ Infinite Card. This card replaces the older United Club℠ Card, so today we're going to compare these cards to help you decide if the new United Club Infinite Card is worth applying for.

Let's start with an overview of how these two cards stack up and where they differ. The good news is that the United Club Infinite Card offers all the benefits of the old United Club Card, plus a few new ones — although the annual fee has also been raised by $75.

As for additional perks, both cards are nearly identical. The new Club Infinite card added a $100 Global Entry/TSA PreCheck application-fee credit to match the entry-level United Explorer Card, and both versions of the club card offer the following benefits:

Should you apply for the new United Club Infinite Card?

The name is a dead giveaway -- this card really only makes sense for people who fly United frequently and would get good value out of the United Club access. Purchasing a United Club membership outright costs between $550 and $650, depending on whether you have United Premier elite status, so you're getting at least a $25 discount by opening the United Club Infinite card before you even begin to factor in all its other perks.

I'm incredibly impressed that this card offers 4x miles on United purchases. It also marks a change from other cobranded credit cards, which generally have mediocre bonus categories. Even after the switch to dynamic pricing, TPG values United miles at 1.3 cents each, making those 4x miles equivalent to a 5.2% return. That's a bit lower than you would get booking your airfare with a card like the Chase Sapphire Reserve® or The Platinum Card® from American Express, but you'll also get free checked bags if you pay with your United Club Infinite Card. A 5.2% return plus the money you'll save on bag fees is a great deal and much better than the 2x miles (2.6% return) offered on the older United Club Card.

Not only did United switch to dynamic award pricing late last year, but it also moved to a revenue-based system for elite qualification. This means that many frequent United flyers might find themselves with a lower level of elite status this year, and some might not qualify at all (especially if they frequently travel on cheap cash fares or award tickets). This is another area where the Club Infinite card can come in handy, offering Premier Access, which includes priority check-in and security where available, and priority boarding.

Of course the question you'll have to ask is whether these changes justify the $75 increase in the annual fee, though I think most frequent United flyers should have no problem recouping that value. If you spend just under $4,000 a year on United flights, the extra 2 miles per dollar spent (4x versus 2x) would be enough to make up the $75 difference. Other than that, the only significant new perk that's been added to the Club Infinite card is the Global Entry/TSA PreCheck application-fee credit. I don't put much value on that perk because so many credit cards offer it already. If you don't have any other premium credit cards in your wallet, the Club Infinite Card might not be the best first choice. There are more valuable offers out there.

Related reading: Battle of the premium travel rewards cards: Which is the best?

If you fly with a single airline enough to get value out of a lounge membership, you're usually better off "purchasing" it via a premium airline credit card than buying it directly. United is no exception, as the United Club Infinite Card offers a United Club membership and a whole host of other benefits for less than the cost of a standalone membership. When you add in the limited-time 100,000-mile bonus, this offer gets even more compelling.

(Featured photo by John Gribben for The Points Guy)

Related stories
Maximize your points: Why you should consider redeeming Hilton points abroad
The 18 best places to travel in 2023
Flying Blue finally fixes its award search, making it easier to book award tickets
Newark's gorgeous new terminal just got delayed into 2023
Featured image by (Photo by John Gribben for The Points Guy)
Editorial disclaimer: Opinions expressed here are the author’s alone, not those of any bank, credit card issuer, airline or hotel chain, and have not been reviewed, approved or otherwise endorsed by any of these entities.

Our points-obsessed staff uses a plethora of credit cards on a daily basis. If anyone on our team wouldn’t recommend it to a friend or a family member, we wouldn’t recommend it on The Points Guy either. Our opinions are our own, and have not been reviewed, approved, or endorsed by our advertising partners.
See all best card offers
Related stories
Guide
Maximize your points: Why you should consider redeeming Hilton points abroad
Guide
The 18 best places to travel in 2023
News
Flying Blue finally fixes its award search, making it easier to book award tickets
News
Newark's gorgeous new terminal just got delayed into 2023