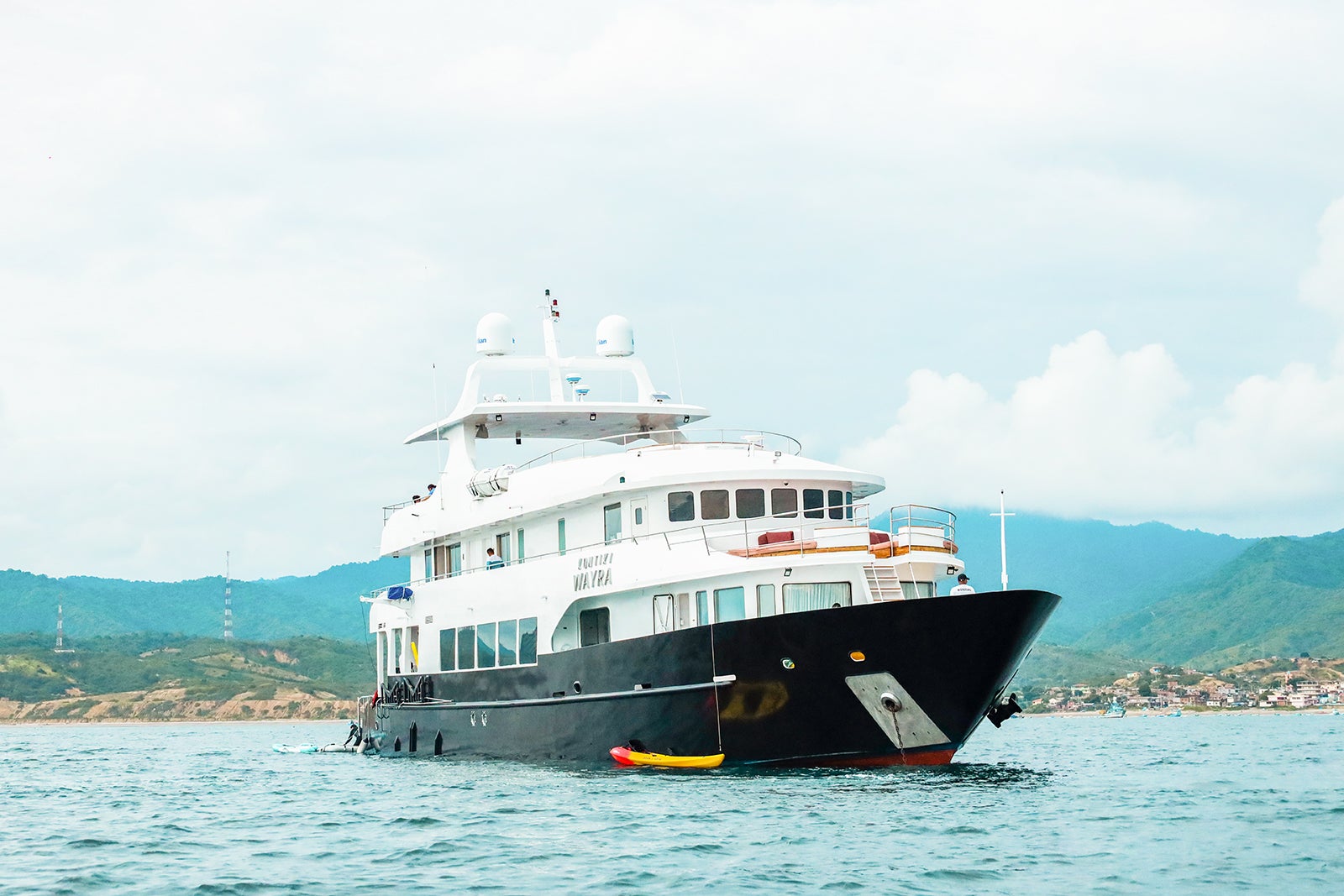 Much of the buzz in the cruise world in recent years has been about a new crop of megaships that can carry many thousands of passengers and are packed to the gills with over-the-top attractions. We're talking about such amenity-filled giants as Royal Caribbean's 18-deck-high Wonder of the Seas — the new world's largest cruise ship.

But there have been a lot of wonderful small cruise vessels debuting, too, including some so small that they sometimes aren't even mentioned at cruising sites.

Here, we look at three of the very smallest new cruise vessels of them all, all of which are in the process of starting up service on rivers and oceans from South America to Asia.

For more cruise guides, news and tips, sign up for TPG's cruise newsletter.

Even the biggest of the three vessels carries just 82 passengers — less than 2% of the number that can fit on Wonder of the Seas. Or, to put another way, the total passenger count of all three of these ships wouldn't even fill half of one of Wonder of the Seas' lifeboats.

All three of these new vessels have us super excited here at TPG — and not just because they offer an intimate and upscale experience that is designed to be anything but mass-market or cookie cutter.

They also are vessels specifically designed to visit some of the world's most alluring destinations, from the ancient temples along the Nile River in Egypt to the wildlife-filled reserves along the coast of Ecuador — and to do it in style. All three vessels fall on the luxury side of the spectrum for cruising.

As you'll see below, two of the vessels are from a single line, Viking. Viking is in the midst of expanding its small-ship footprint into more regions of the world, including Antarctica. The other newcomer is from a startup small-vessel company, Kontiki Expeditions.

Here, we take a closer look at these three tiny and luxurious new cruise vessels.

River cruise giant Viking is calling its new river ship the most upscale cruise vessel on the Nile, and from what we've seen of it so far, it's a boast that's hard to dispute. Designed to hold just 82 passengers, Viking Osiris features an entire deck of sprawling suites with two full-size rooms apiece; two suites even have stunning glass walls that wrap around the front of the vessel.

The river ship also has a swanky sun deck where you can kick back on shaded loungers while enjoying 360-degree views of the ancient Egyptian temples that line the waterway. The views are almost as grand from its main restaurant, which sits high on the ship and features floor-to-ceiling glass walls.

Scheduled to be christened Monday in Luxor, Egypt, Viking Osiris is notably smaller than the typical Viking ship, with just 41 cabins. But it's a classic Viking vessel in other respects (think: minimalist Scandinavian design and included tours). If you've been on any of Viking's 60-plus river ships in Europe, you'll feel right at home.

Related: 20 things you must bring on every cruise — including a roll of duct tape

That's in part because Viking Osiris is the first Nile River vessel specifically built to Viking's specifications. It's also owned and operated by Viking. That's unusual in a market where most Western lines charter local vessels for their trips. In Viking's eyes (and ours, too), that means Viking will be able to offer the most consistent product on the river. Unlike some other Western companies operating in Egypt, Viking will have complete control of the experience.

The details: Viking's Egypt trips pair a seven-night Nile cruise on Viking Osiris with a four-night stay at a hotel in Cairo (three nights before the cruise and one night after), with included tours to such iconic Egypt sites as the Great Pyramids of Giza and the Valley of the Kings. Fares start at $5,299 per person, not including taxes and fees. For information, visit viking.com.

Viking also is going small and upscale with a new cruise vessel for the Mekong River in Southeast Asia. New as of this month, the three-deck-high riverboat was designed with just 40 cabins, every one of which has a floor-to-ceiling sliding glass door opening onto a traditional balcony or French balcony — a high-end touch you don't always see on Mekong River ships.

Like Viking Osiris, Viking Saigon boasts Viking's signature, clean-lined Scandinavian design. It is packed with onboard amenities including a small spa, fitness center, library and even an infinity pool (which lies at the back of the top deck next to an open-air bar). That's an impressive mix for such a small vessel.

As is typical for Mekong River ships, Viking Saigon is sailing one-way voyages between Kampong Cham, Cambodia (not far from the famed ruins of Angkor), and My Tho, Vietnam, near Ho Chi Minh City. Viking combines the cruise with hotel stays in Ho Chi Minh City; Hanoi, Vietnam; and Siem Reap, Cambodia (the gateway to the Angkor ruins), to create a 14-night "Magnificent Mekong" tour of Cambodia and Vietnam.

If you've always wanted to explore the coast of Ecuador in style, this is your vehicle. Designed to travel to off-the-beaten-path places along the country's coastline, the 18-passenger Kontiki Wayra is as upscale as it is intimate.

Despite its small size, Kontiki Wayra offers a lot of upscale amenities, including a sun deck, two outdoor lounges, bar, Jacuzzi, spa treatment room and fitness area. Every one of the vessel's nine cabins is a suite.

The ship's 12 crew members include wellness professionals (wellness is a big focus for the brand), naturalist guides and a local chef. There also are two local expert guides on board, who will provide insight as Kontiki Wayra stops at small Ecuadorian towns, historic sites and nature areas full of wildlife.

During initial sailings in Ecuador, passengers can expect to see such wildlife as blue-footed boobies, sea lions and howler monkeys. A focus on cuisine incorporates local seafood and produce on board and on land as well as tastings of local chocolate. The vessel also carries kayaks, paddleboards and snorkeling equipment for watery adventure; diving is an option.

The details: Wayra is operating a weeklong itinerary between Bahia in the north of Ecuador and Salinas in the south. Fares start at $7,245 per person, based on double occupancy, and include all activities and meals as well as transfers to and from ports. Solo traveler rates and private charter rates are also available. For more information, visit kontikiexpeditionscruises.com.

Related stories
Chasing elite status on Alaska Airlines? A flight to California this fall could help
Flights to Auckland starting under $700 round-trip
The ultimate guide to earning elite status with United cards
American Airlines forgot it had landing slots at JFK. Then it lost some of them
Featured image by (Photo courtesy of Kontiki Expeditions)
Editorial disclaimer: Opinions expressed here are the author’s alone, not those of any bank, credit card issuer, airline or hotel chain, and have not been reviewed, approved or otherwise endorsed by any of these entities.