These are the cheapest (and most expensive) airports in the US 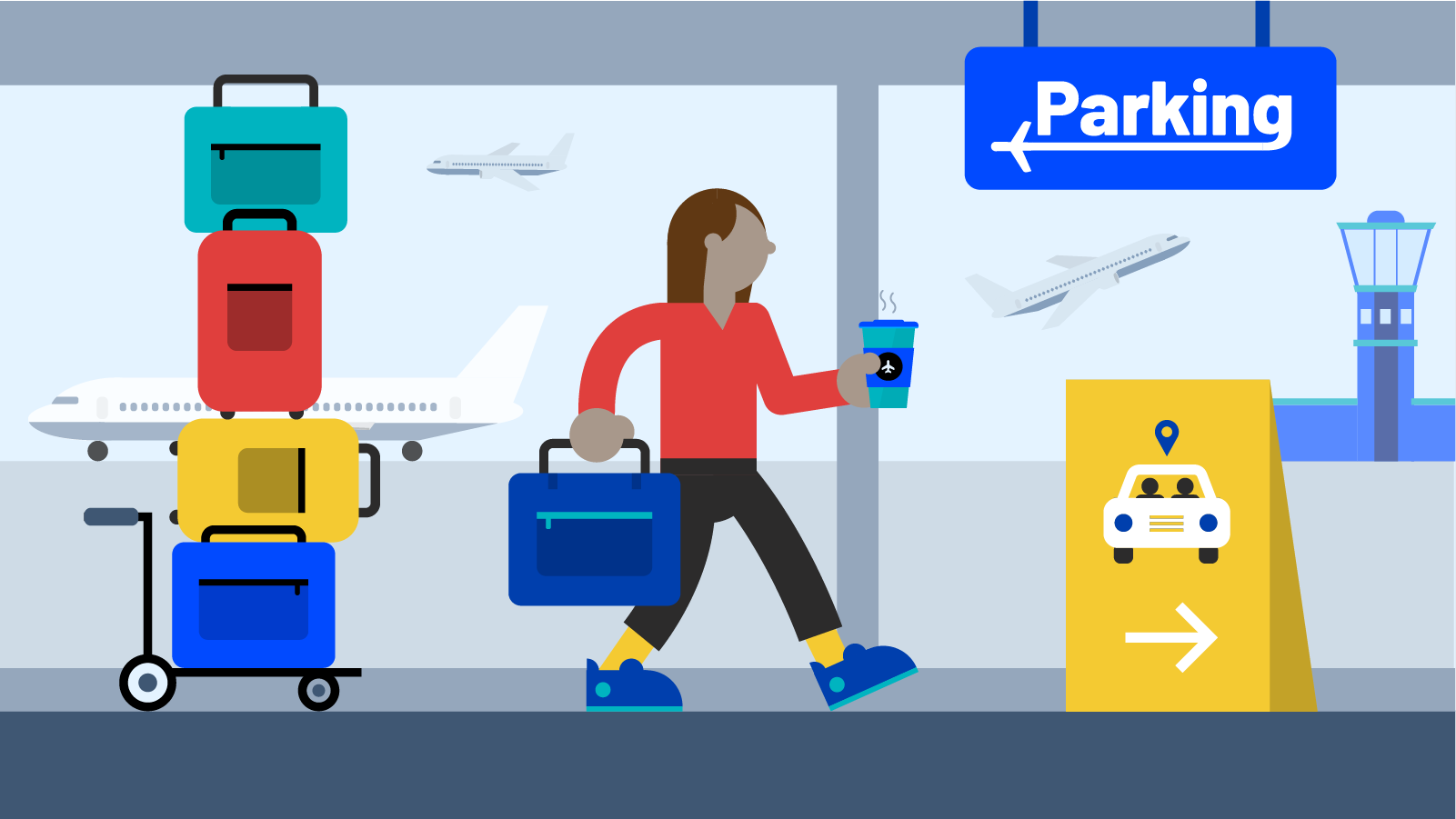 For travelers who live for a great flight deal or discounted award rate, there's no greater feeling than returning from a dream trip that rang in below budget.

But sometimes those great savings can be immediately quashed the moment you leave for the airport.

We've all been there: You find unbelievably cheap airfare only to spend more than you saved on your Uber to the airport. Or, by the time you've paid for a few days' parking, your family's luggage cart and morning coffee, you're already out $50. It's a sting that can take the wind out of the sails of your vacation before you've even taxied to the runway.

The vast majority of flyers may not have much say in what airport they depart from. But those who do might be surprised to find just how much farther their dollar will go at one airport than another. That's why, for the first time ever, The Points Guy evaluated 50 of the busiest airports in the U.S. to determine which ones offered travelers the best bargains — and which ones could end up draining your wallet.

To calculate the most expensive and affordable airports in the nation, we considered some of the common costs incurred by travelers at the biggest airports in the country (by passenger count), starting with the average price of domestic airfare, according to the Bureau of Transportation Statistics. We also took into account the price of a baggage-cart rental (with lots of help from the people at Smarte Carte), parking fees, how much it costs to take an Uber from the city center and what you pay for a coffee at the airport Starbucks, or a comparable chain in airports without a Starbucks.

We even determined the number of Priority Pass lounges and restaurants in relation to annual passenger volume, because so many travelers — especially TPG readers — use lounge access to offset the cost of food and beverages at the airport.

So the next time you're purchasing plane tickets, don't assume the least expensive airfare means you'll actually save money on the trip as a whole.

The most expensive airports in the U.S.

Here are the most expensive airports in the U.S., according to our report:

Despite having less-expensive departing flights than Dallas/Fort Worth, Charlotte, Houston and Washington Dulles, Newark Liberty International in New Jersey, took the dubious No. 1 spot as the most expensive airport.

That's because, unless your final destination is actually Newark or elsewhere in North Jersey, you'll probably spend over $100 on a ride to where it is you actually want to be should your traveling party need to travel by car. (We calculated $132 to get from Newark to Manhattan.) But for those who live in New Jersey, it's clearly cheaper than traveling to LaGuardia or JFK, two very expensive airports in their own right.

Newark also scored poorly in other metrics: Travelers transiting through Newark encounter some of the most expensive Smarte Carte prices, parking fees and Starbucks menus in the nation. And with only two Priority Pass lounges in the entire airport, there's not much travelers can do to offset food and beverage expenses. So travelers flying into the New York City metropolitan area may be lured by an airfare deal to Newark but should be mindful of the costly extras that can easily negate any savings on flights.

Despite surpassing all other airports in terms of average airfare, Washington Dulles was just No. 3 on our list of most-expensive airports. A relatively inexpensive Uber ride helped moderate the price of airfare, as did the six Priority Pass Lounges.

New York-JFK claimed the No. 2 spot, propelled by steep Uber prices and parking fees, while San Francisco ranked No. 4.

And though LaGuardia snuck onto the list in the No. 5 spot, airfare was hardly the deciding factor here. In fact, LaGuardia's airfare score was pretty moderate — less expensive than more than half the airports on the list.

But you drain your wallet in other ways here. LaGuardia had the most expensive Smarte Carte price ($6.39), one of the most expensive parking fees ($39), the most expensive basic cup of coffee (a whopping $3.10, almost $1 more than the least expensive cup in PDX) and, frustratingly, absolutely zero Priority Pass lounges or included restaurants where travelers can get a break from the inflated prices.

The most affordable airports in the U.S.

There were fewer surprises on the most-affordable airports list, which was dominated by popular leisure travel destinations, with McCarran International in Vegas (LAS) in the No. 1 spot.

Here are the most affordable airports in the U.S., according to our report:

Of the least expensive airports in the country, all five also ranked at the bottom of the list for average airfare costs (though Oakland flipped with San Jose, thanks to San Jose's slightly more favorable Uber, Smarte Carte and coffee prices, plus two Priority Pass lounges compared with none in Oakland).

Still, Oakland is a bargain over San Francisco for Bay Area travelers, who may find it's worth the 30-minute drive (or the 40-minute BART ride) to fly out of the significantly less expensive airport. In addition to average airfares being cheaper by more than $100 than at SFO, travelers can also save on all ancillary expenses. A coffee at Peet's Coffee will only set you back $2.65, which is good — because, sadly, Oakland has no Priority Pass lounges.

What makes an airport affordable or expensive?

So how exactly do you determine whether an airport ascends to the top of the most affordable list or plunges to the bottom of the most expensive?

Airfare is likely (or at least hopefully) your biggest expense when you fly, so we put a lot of weight on the average domestic fares reported by the BTS — 50% of an airport's total score, in fact.

Though the most affordable airport for airfare (McCarran International in Las Vegas, where the average domestic ticket costs $248.27) was also the least expensive airport on our list, the same wasn't true at the other end of the spectrum. Dulles, just outside Washington, D.C., has the most expensive domestic airfare in the nation on average: $447.97.

Related: How to find cheap airfare

Who doesn't need a hot cup of coffee within five minutes of passing through airport security? (And if you're one of those people who sticks to water or an airport martini, well, this metric isn't for you.)

With a not-insignificant amount of help from TPG editors, writers, readers, friends, family members, acquaintances and airport employees, representatives and baristas, we were able to collect the price of a small, hot coffee at all 50 airports from Starbucks, or a comparable coffee shop when no airport Starbucks existed.

The most expensive cup? An outrageous $3.10 coffee from the Starbucks at LaGuardia. And we found the least expensive coffee (a cool $2.15) at Portland International, thanks in part to the 0% sales tax.

And if you're thirsting for Starbucks, you'll want to skip Oakland, New Orleans, Chicago Midway and Austin, which don't have any on-site Starbucks stores.

You can easily go your entire life without using a baggage-cart rental, but if you need one, well, it's not negotiable. Travelers with kids, pets or extra and oversized luggage know the importance of having a cheap cart rental available at the airport.

Our friends at Smarte Carte (close to ubiquitous at U.S. airports) provided their current domestic rental prices for all the airports on our list and then some. Taking into consideration the return reward (when available), we found that — once again — LaGuardia took the lamentable No. 1 spot among the most expensive, with Smarte Carte rentals costing $6.39 — and zero return refund.

Whether you drive to the airport or park your car makes a big difference, and we saw these factors upset airports in our ranking.

You don't want to leave your car overnight at Los Angeles International or either Chicago-area airport (O'Hare and Midway). The three tied for most expensive parking fees at $40 for 24 hours.

Leaving your car in Charlotte, on the other hand, is a bargain. That will set you back only $10 per 24 hours.

If you're getting to or from the airport with a ride-hailing app, the range is even wider. Newark tumbled to bottom and became the most expensive airport in the U.S. largely because of how much it costs to get to Manhattan by car (over $130). To get from San Diego Airport to downtown, on the other hand, you'll only be out of pocket about $8.50.

Travelers should note that relying on an Uber of Lyft is never a good idea in the New York metropolitan area. Judged by ride-hailing costs, Newark, New York-JFK and LaGuardia were the three most expensive airports.

We know that having lounge access can be a game changer for the entire airport experience, which is why we added extra emphasis to lounges in our annual best and worst airports report, released this summer.

Though there are plenty of other ways to get lounge access, we considered Priority Pass lounges because memberships are included with two of our favorite travel-rewards credit cards — and you don't need elite status or a first-class seat to enter.

Sadly, 19 of 50 airports we reviewed have exactly zero Priority Pass lounges, while three — Los Angeles, Miami and Dulles — all have six. And in the case of Dulles, the presence of six lounges helped the airport avoid the lamentable title of most expensive airport in America.

Travelers may not go out of their way just to enjoy a less expensive cup of coffee, but it's important to remember that the cheapest flights may not be worth it if you find yourself relying on a luggage cart to get to the check-in counter, or if you plan on taking an Uber or Lyft to the nearest city center. And airports that do more to make the travel experience a pleasant one (think: lounges) often come out ahead.

A graphic in this report has been corrected to reflect the figures cited in the text.