How to fly in a lie-flat seat from the U.S. to the Caribbean and Mexico 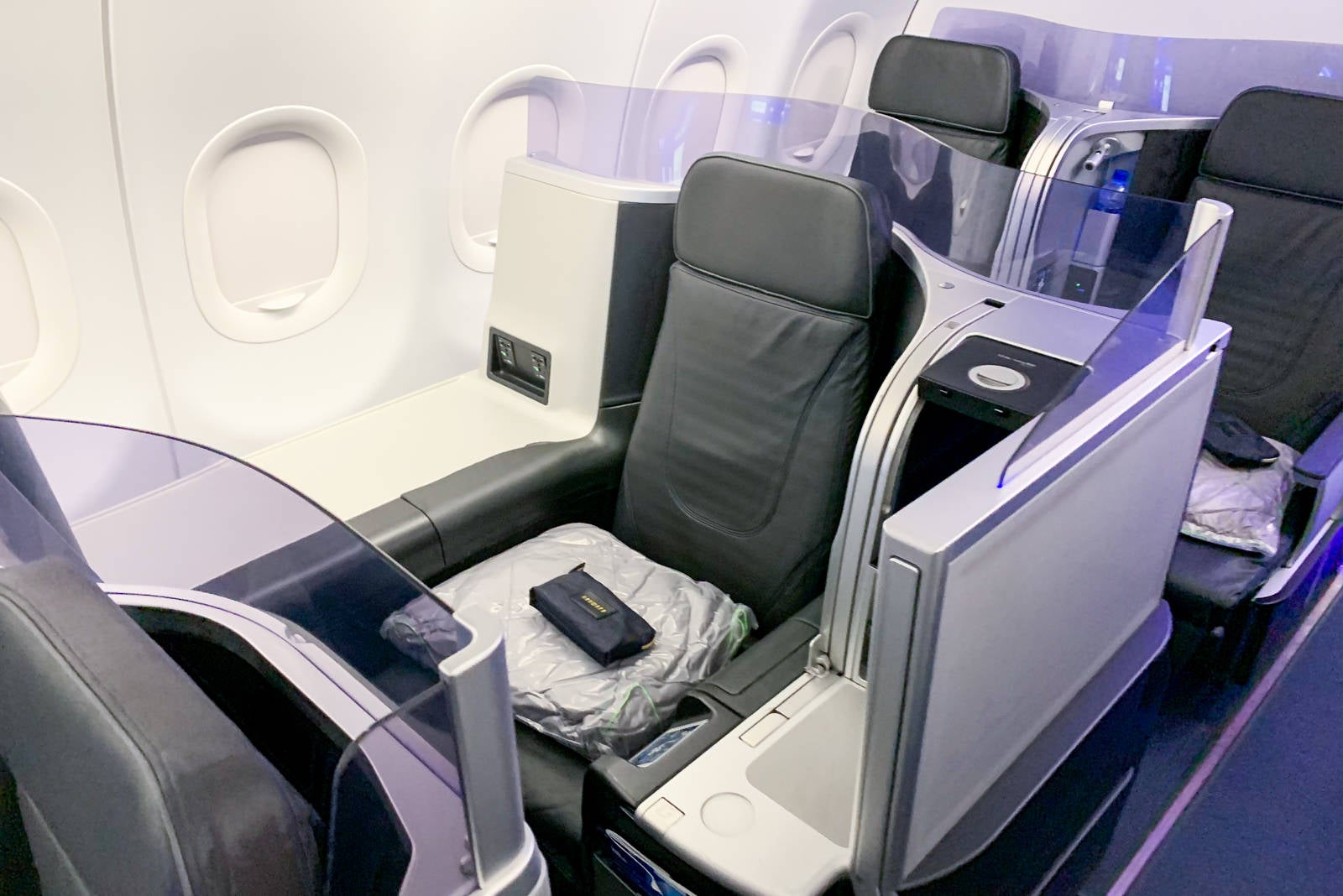 With travel slowly resuming, you might be planning a beachside getaway. Of course, there are plenty of domestic destinations that fit the bill, many of which are seeing a ton of new airline routes.

But if you're feeling a bit more adventurous, many Caribbean countries have reopened. For the best way to get there (commercially), you'll want to snag a lie-flat business-class seat from the mainland.

In this guide, we'll go through your options for getting from the U.S. to the Caribbean and Mexico in the pointy end of the plane from May 2021 through August 2021. Note that all schedules were valid at press time, and are provided by Cirium timetables. Due to the pandemic, airlines are making weekly schedule updates, so keep gardening your bookings to ensure nothing has changed.

American plans to fly both the Boeing 787-8 Dreamliner and the 777-200 aircraft to the Caribbean between May and September on the following routes:

AA's Boeing 787-8s and 777-200s come in two different configurations in biz: one in an industry-leading reverse-herringbone configuration and another in a yin-yang, forward- and rear-facing layout.

Unfortunately, it’s impossible to know which jet will be assigned to the route until just a few days before departure, but fingers crossed that it’s the former.

You can redeem AAdvantage miles for the above routes, or you can transfer points into British Airways' distance-based Avios loyalty program. Alternatively, you may be able to score a deal on a paid fare if booked far in advance.

Delta's fleet includes plenty of planes with lie-flat seats. This includes every twin-aisle aircraft, as well as select Boeing 757-200s.

Delta plans 67 total frequencies to the Caribbean and Mexico using its nicest jets, as follows:

If faced with the choice, you'll want to stick with Delta's Airbus wide-body jets. The A330-200 and -300 fleets are equipped with reverse-herringbone biz, while the Boeing 767-300 features an outdated forward-facing product, which often feels cramped and exposed.

Delta prices SkyMiles awards dynamically, so you'll want to take a look at each route and date individually when booking. Alternatively, you could use Delta's Pay with Miles feature, or just pay outright with cash.

Related: Why you should care about Delta's Pay with Miles feature

JetBlue's award-winning Mint business-class product can often be found on various routes to the Caribbean. You'll want to pay particular attention to each flight since the carrier often alternates aircraft on individual routes.

Though the carrier is introducing a new Mint biz for London and transcon flights, all the following Caribbean routes are slated to feature JetBlue's original Mint cabin, with four individual suites and three rows of 2-2 lie-flat beds.

Note that you'll have the best luck searching for Mint-equipped flights on Saturdays. When there's less transcon demand, JetBlue often flies its nicest jets down south.

You can score some extra JetBlue points by signing up for the JetBlue Plus Card, which is currently offering 40,000 points after spending $1,000 in the first 90 days and paying the annual fee. You can also transfer miles from the Capital One Venture Rewards Credit Card, Chase Ultimate Rewards, Citi ThankYou and Amex Membership Rewards.

The information for the JetBlue Plus Card has been collected independently by The Points Guy. The card details on this page have not been reviewed or provided by the card issuer.

Related: How to redeem points with the JetBlue TrueBlue program

Have you ever heard of a fifth-freedom route? Well, you can try one for yourself between Miami (MIA) and Punta Cana, Dominican Republic (PUJ).

Fifth-freedom routes are operated between two countries other than an airline's home country. In this case, LATAM is based in Chile, and the flight is between the U.S. and the Dominican Republic.

You'll find LATAM's Boeing 787-9 Dreamliner flying on 18 select Saturday and Sunday frequencies from MIA to PUJ, between May 2021 and August 2021, with flight numbers 500 and 591. As always, schedules are subject to change due to the pandemic.

Related: How to redeem miles for flights on LATAM

United's got just one option for flyers looking for a lie-flat seat to the Caribbean.

With United's Pratt & Whitney-powered 777s grounded, flyers will find themselves in the "real" Polaris seats on the 777 flights. The 767s feature legacy forward-facing biz pods arranged in a 2-1-2 configuration.

Related: How to redeem miles with the United MileagePlus program