Use Emirates' Fifth Freedom Routes to Enhance Your Flights to Europe

Articles
Ethan Steinberg has been a frequent flier for as long as he can remember. He went from studying abroad in Paris to moving to Shanghai after graduating college, where he covered all things travel in the Asia-Pacific region for TPG.
April 20, 2019
•
9 min read 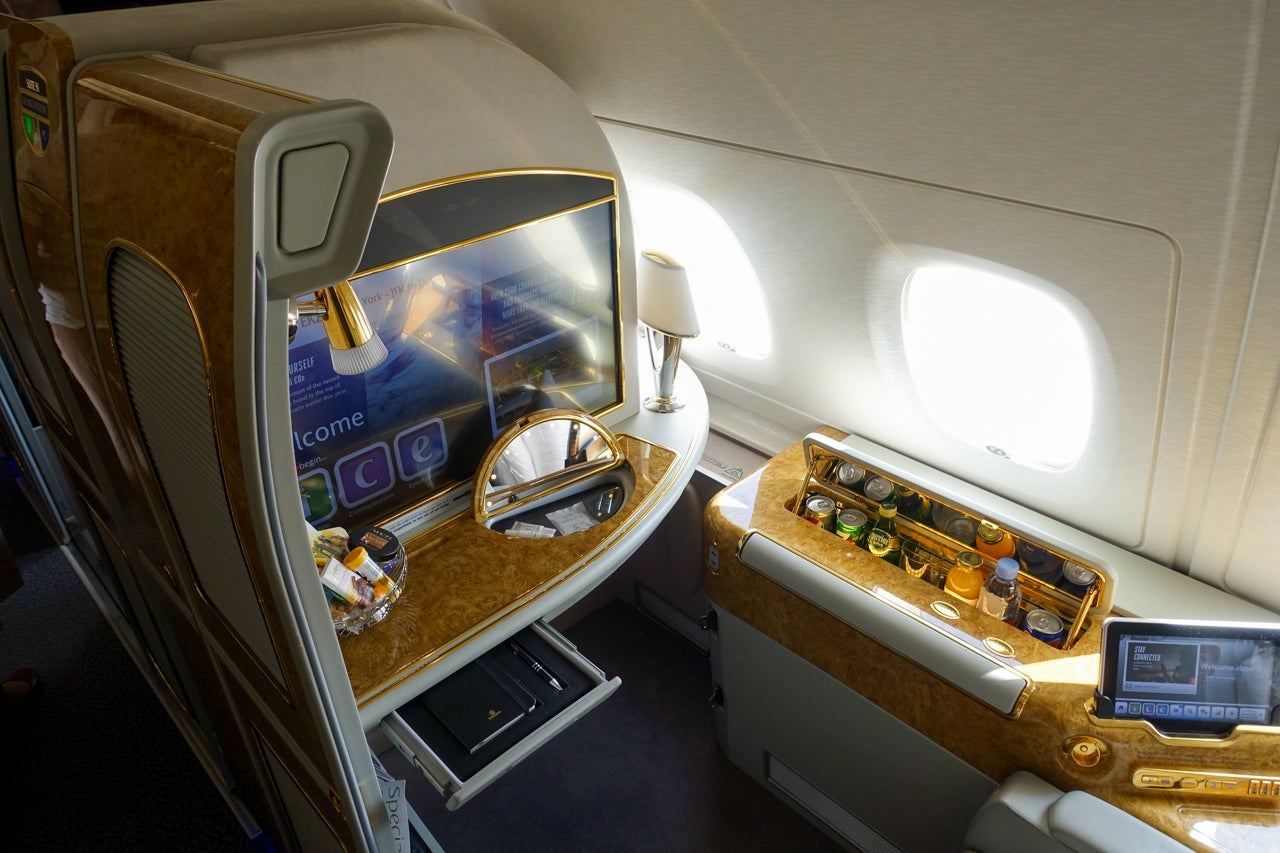 It's no secret that US airlines are not fans of the Gulf carriers, specifically the so-called Middle Eastern Three (or "ME3" for short). For years, US airlines have lobbied to restrict the expansion efforts of this trio, composed of Emirates, Etihad and Qatar, claiming they receive illegal government subsidies that threaten American jobs. One of the main points of contention in this dispute was around "fifth freedom routes," or flights that an airline operates between two countries that are not its home country.

What's interesting about this particular aspect of the dispute is that Emirates is the only one of the ME3 to operate fifth freedom routes to and from the US. In fact, it only operates two, both of which go to Europe. Fifth freedom routes can be a fun way to fly a top-notch foreign carrier in place of a run-of-the-mill one, and Emirates' service to Europe is no exception. Today we'll take a look at how to use these fifth freedom routes to upgrade your next flight to the continent.

Let's start with the basics. Emirates' two fifth-freedom routes are both from the East Coast to Europe. One is from New York-JFK to Milan (MXP) operated by the carrier's flagship Airbus A380 aircraft, and the other is from Newark (EWR) to Athens (ATH) on a Boeing 777-300ER. Both flights continue on to Dubai after stopping in Europe to load and unload passengers.

You have a few different options for booking these flights using points and miles, though there are some obvious winners and losers. Given that several of these loyalty programs use distance-based award charts that have different prices for JFK-MXP and EWR-ATH, I'm going to split this up into two sections. We'll start with the more popular New York to Milan route. Not only is it a shorter distance (and therefore cheaper to book with both JAL Mileage Bank and Qantas Frequent Flyer), but this is the route that features Emirates' flagship A380, complete with onboard bar and shower.

While you won't be disappointed flying an Emirates 777-300ER between Newark and Athens, expect to pay higher award rates with the two distance-based loyalty programs:

The one thing missing from the charts above is the cost of taxes and fuel surcharges, which can skyrocket quickly on Emirates awards booked through JAL, Emirates or Qantas, especially in premium cabins. You can expect to pay about ~$180 in taxes for economy awards and ~$550 for business or first class awards in each direction.

To avoid these charges, consider booking through Alaska Mileage Plan. While the carriers award rates are absurdly high for such a short hop across the Atlantic, you won't have to pay any fuel surcharges. Your first class award will only cost you $19 in taxes and fees as a result. You can check out this guide for an in-depth walkthrough of how to calculate and avoid fuel surcharges on Emirates awards.

Of course, Emirates is not the only airline operating these routes. If we lump JFK and Newark together and look at flights from the New York area to Milan, we can see that all three US legacy carriers fly the same route (along with Alitalia and Air Italy). Both United and Delta also fly nonstop from New York to Athens, though for the purpose of this post, I'll focus on Milan where the competition is the fiercest.

Now Emirates award rates in every cabin are higher than what you'd pay on most other airlines, but you have to ask yourself what you're getting in return for that. Even in economy, Emirates is known for providing edible meals, friendly crew and an in-flight entertainment selection that's enough to keep you occupied all the way to Dubai.

You typically won't hear those adjectives used to describe other carriers on a transatlantic flight. Instead, phrases like "mediocre and lackluster" come to mind, and "decent, if you have no other option available." You're certainly not going to find a cabin this clean and spacious on most of the American planes flying to and from Europe:

I'm not sure I'd go so far as to say that this economy cabin is worth paying extra for (8,750 extra miles if you book directly through Emirates), but one huge benefit of Emirates is that the A380 has roughly 400 economy seats taking up the entire lower deck, meaning you're almost guaranteed to find award space.

The difference in passenger experience gets even sharper in premium cabins, which is really saying something, as Emirates' A380 business class seats are far from cutting-edge.

That being said, Emirates does have an undeniable edge when it comes to hard product, as it offers a walk-up bar for business and first class passengers (if you can find time to enjoy it on the short, eight-hour flight).

Again, if you need convincing to pick Emirates over the domestic competition, just think about your other options. While American no longer uses 757s with recliner seats to Europe, you'll still find many transatlantic routes operated by 767 aircraft that don't even have built in TV screens.

The award rate for Emirates isn't bad either — 62,500 miles is a hair above the what most carriers charge for a one-way business class award to Europe. The $550 in taxes and fees does sting, but at least you know you'll be getting a greatly-improved flight experience, from food to seat to service.

Last but not least is Emirates first class, a bucket list item for award travelers (and something absolutely worth trying once, no matter the cost). The gold-studded suites are one of the best first class products in the entire world, and while features like the in-seat minibar might be a little over the top, that's half the fun.

Yes the flight to Milan is short, but you should have just enough time to eat ...

... and change into your pajamas before grabbing some shut-eye.

It goes without saying that this is a significant improvement over what any US airline can offer. Your only problem after an Emirates first class flight to Europe is saying farewell after you land.

No matter what cabin you choose to book, there generally isn't a more comfortable way to get to Europe on points and miles. Picking the right program to redeem for Emirates award is a challenge, as some miles (like JAL) are hard to earn and others (like Alaska) have higher award rates. Still, if you're looking to upgrade your next trip to Europe, there's no better way to do so than to splurge for one of Emirates' fifth-freedom routes. While the taxes and fuel surcharges are high in premium cabins, you get what you pay for with a massively-improved onboard experience.

All photos, including featured photo, by Nick Ellis / The Points Guy (unless otherwise noted).