Flying to Europe With an Entire Economy Row to Yourself 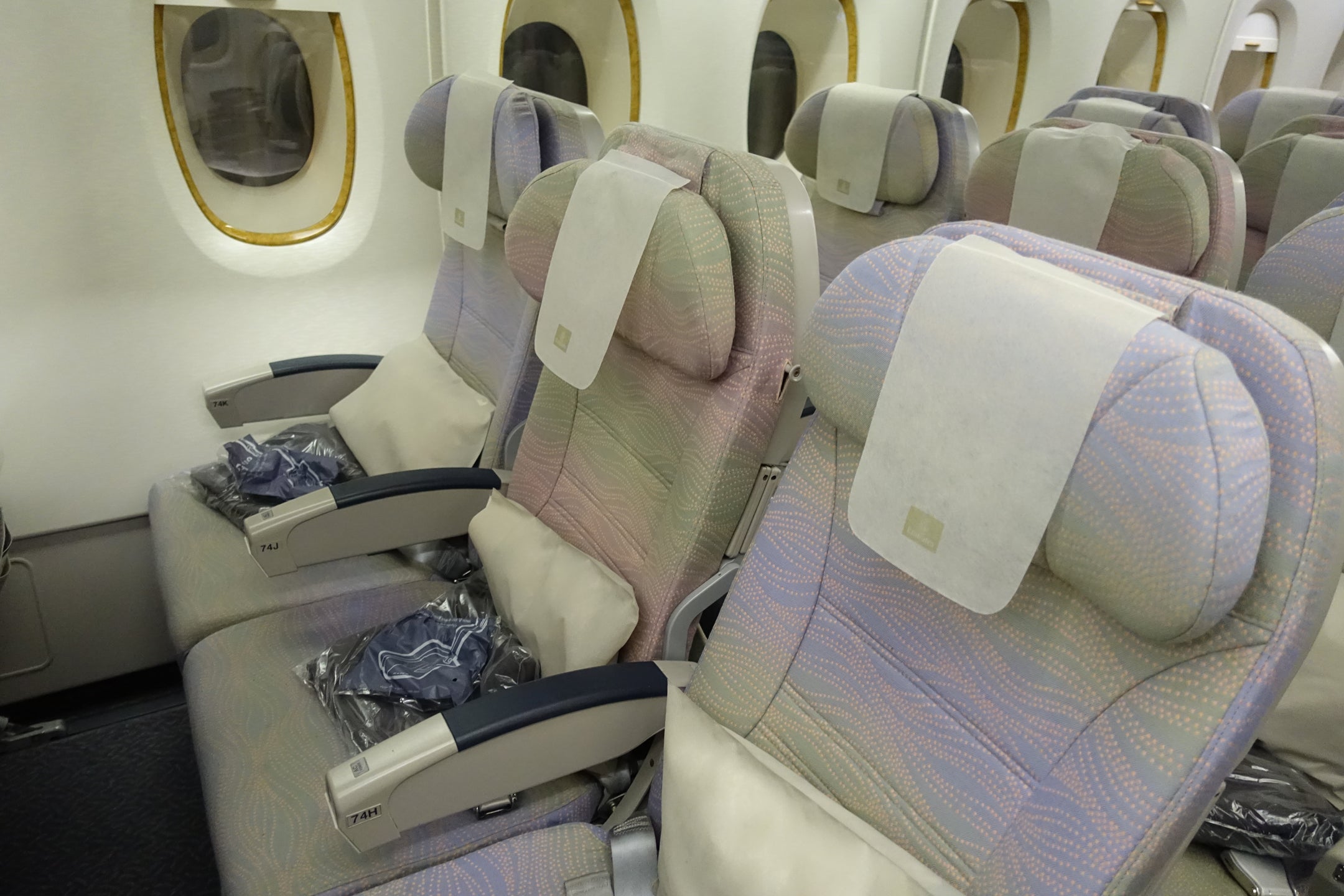 Flying to Europe With an Entire Economy Row to Yourself
This post contains references to products from one or more of our advertisers. We may receive compensation when you click on links to those products. Terms apply to the offers listed on this page. For an explanation of our Advertising Policy, visit this page.

With planes as full as they are nowadays, it's rare to have an empty seat next to you. Two empty seats is practically a miracle. But the holy grail is scoring an entire empty row in economy all to yourself, especially on a long-haul flight.

Well, that appears to be happening with some regularity on Emirates' A380 daily flight from New York's JFK to Milan, Italy (MXP). This fifth freedom route is designed to continue onward from Milan to Dubai (DXB), but you can buy a ticket for just the round-trip portion from the US to Europe and back. In fact, Emirates has periodic sales to Milan in the $400s and sometimes even in the $300s, so you can definitely get an excellent price if you buy at the right time.

But it seems not enough people are buying, because this past Monday's Emirates flight 206 from JFK to MXP was roughly one-third full in economy at best, and the word is that's not completely unusual for this flight.

Keep in mind this is an Airbus A380, the largest commercial passenger plane ever built. In the configuration Emirates uses for the A380 on long-haul flights, there are 399 seats in economy, of which probably 150 were in use on my flight at most. In my section alone — the third one from the front — there were 124 seats and roughly 30 passengers.

Just to show you how much space I had, here is a photo of my row as I was writing this story. Since no one was sitting anywhere near me, I was able to use all three tray tables — one for my laptop, another for my meal and the third for my iPad so I could keep track of my all-important Twitter feed. I also have inflight data on one IFE screen, the latest Lego movie in the middle and "Dunkirk" in front of me.

After I was done eating, I was able to create my very own Emirates economy class "suite" by draping a blanket at the end of my row to keep me closed off from the ham 'n' eggers in the rest of economy.

Lest you think this is impossible to replicate, my flight attendant told me this is not an unusual load for this segment, especially on a weekday during the off season (she said the direct flights to Dubai are more often full). Others on social media also confirmed recently experiencing the same nearly empty Emirates economy cabin.

An analysis done last year by anna.aero found that the average load factor for Emirates on the JFK-MXP route was only 66%, so while some flights will certainly be more full than this, others are undoubtedly going out like mine did.

If you want to try and aim for an empty flight, you can take a look at the current seat map on an Emirates flight before booking by using an ExpertFlyer subscription. But keep in mind that seat maps are not a particularly accurate look at how full a flight is, since some people don't choose seats in advance (especially in this case as Emirates charges for seat selection on some economy fares until 48 hours before departure).

Still, the closer you are to departure, the more accurate a seat map is likely to be. Here's the current seat availability for tonight's (Tuesday) flight from New York according to ExpertFlyer — seats in white are empty:

And here's the return from Milan the next day:

On the other hand, Wednesday from New York to Milan is not looking as good:

But the return flight on Thursday is more promising, at least right now:

As you can see, you can't guarantee yourself an empty flight, and in the summer things will definitely pick up. But Emirates economy class is actually one of the better choices for transatlantic travel in any case. Seat pitch is 32" with a relatively comfortable 19" width from armrest to armrest (22" width for the seats themselves). So if you're considering flying in economy, Emirates' A380 is a solid choice to begin with.

But if you're hoping for the "poor man's business class" on your next trip to Europe, you might have a better than average chance if you choose an Emirates A380 flight between New York and Milan.

Look for our complete review of the Emirates A380 economy experience coming soon.