What are the five freedoms of aviation, and how do they affect you?

Articles
Ethan Steinberg has been a frequent flier for as long as he can remember. He went from studying abroad in Paris to moving to Shanghai after graduating college, where he covered all things travel in the Asia-Pacific region for TPG.
July 12, 2020
•
9 min read 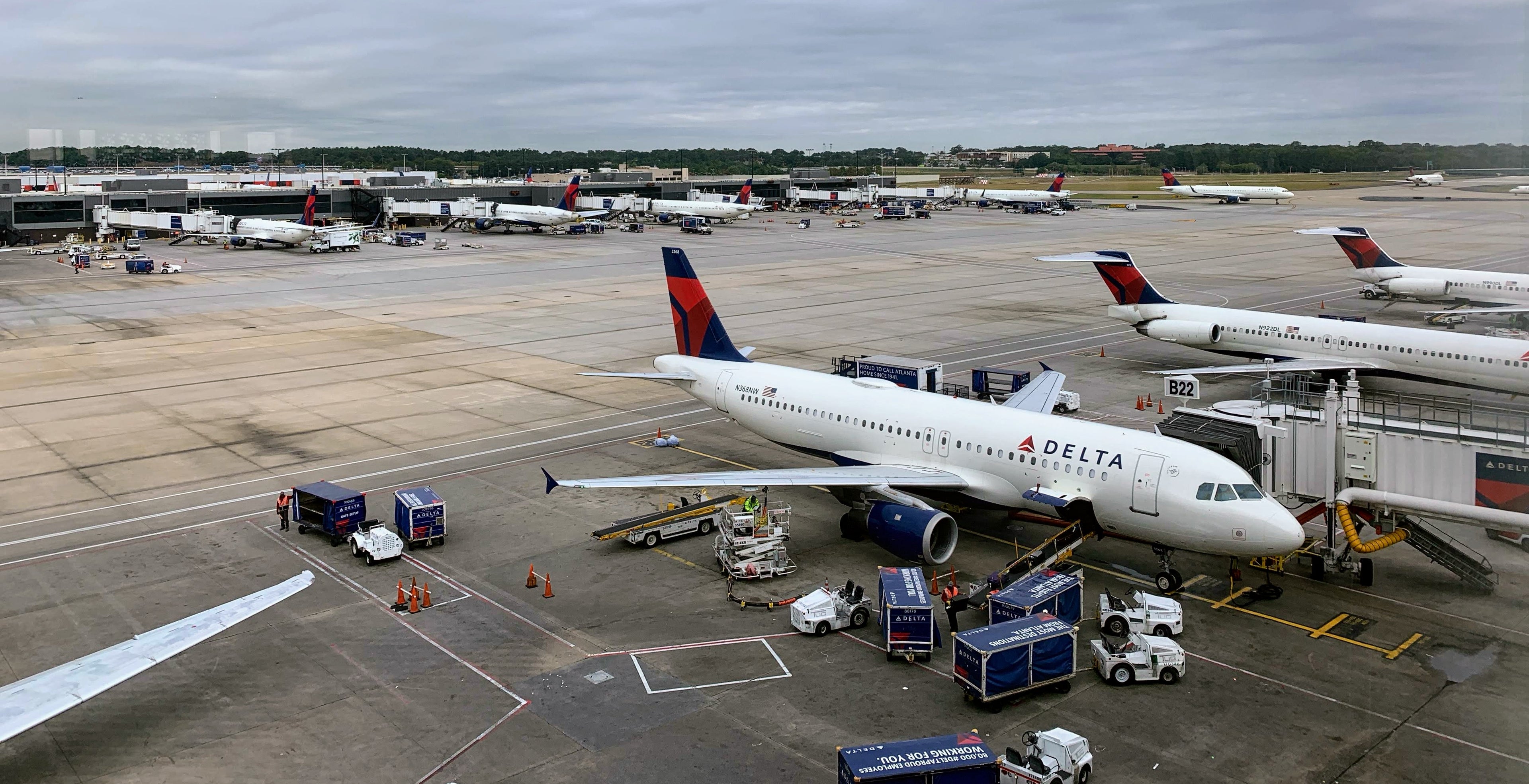 Editor's note: This is a recurring post, regularly updated with new information. This post makes reference to a number of routes that are currently suspended due to the coronavirus pandemic but are expected to resume once travel picks up.

Travel and aviation intersect in a lot of places with complex international law, and often with politics as well, which can give rise to serious controversy. One element of commercial aviation is especially beneficial for American travelers, and has been in the political spotlight in the last few years. I'm talking about fifth-freedom routes, where an airline operates a flight between two countries other than its home country. There are plenty of good examples to and from the US, but one of the most prominent is the service offered by Emirates between the New York area and Europe. Which also happens to be the most controversial.

For years, the major US carriers had railed against the three major Middle Eastern carriers (Emirates, Etihad and Qatar) for what they felt were illegal government subsidies that gave the Gulf airlines an unfair competitive advantage. Of the three, only Emirates operates fifth-freedom routes to and from the U.S., with the Newark to Dubai flight stopping in Athens along the way, and one of the JFK to Dubai frequencies stopping in Milan. U.S. carriers were incensed at what they said was Emirates' unfair ability to siphon off traffic on these European routes. That issue is buried for now, though: in May 2018, the governments of the U.S. and United Arab Emirates signed an agreement to end the dispute, following a similar one from January with Qatar. So, the Emirates fifth-freedom flights continued.

But what does that strange definition mean?

"Fifth freedom" may sound like a hybrid between a rock band and a physics theory, but the origin of the name is actually kind of boring. It is, simply, number five on a list of rights that evolved from the 1944 Convention on International Civil Aviation (or simply "the Chicago Convention" if you're talking to a true #avgeek). While the fifth freedom is by far the most widely known, the first four are equally important in sustaining the complex global web of commercial aviation. Today we'll take a look at what these freedoms of the sky really are.

These can be categorized into two broad classifications:

More than 120 countries have signed on to the treaty calling for transit rights, while traffic rights are generally up to individual countries to negotiate.

Let's take a closer look at each individual freedom so you can better understand how and why you can travel from, over, through and to given countries on your next international flight.

1. The Right to Fly Over a Foreign Country Without Landing

This one seems so fundamentally obvious that we often take it for granted, but can you imagine air travel without the ability to overfly another country? For starters, landlocked countries like Switzerland would lose the ability to operate long-haul flights unless their neighbors all agreed to it. LX17, one of Swiss's daily nonstop flights from New York (JFK) to Zurich (ZRH), would need the express permission of Germany, France, the UK and Canada to operate — and often Ireland's too, depending on the day's routing. Because this freedom falls under the Chicago Convention, an airline from a signatory country is able to route its flights over all other participating nations.

Related: Great lounge and service: a review of Swiss Air Lines’ business class on the 777

We've also seen the devastating effects of an airline suddenly losing this freedom. As part of the ongoing Gulf blockade of Qatar, Qatar Airways lost the "first freedom" right to fly over a handful of neighboring countries, namely Saudi Arabia, Egypt, the United Arab Emirates and Bahrain. This led to some incredible re-routings that added hours (and massive fuel costs) to several QR flights.

2. The Right to Land in a Foreign Country Without Embarking or Disembarking Passengers

Before the appearance of true long-haul jets, this freedom used to be a necessity, as many international routes needed a refueling stop. Europe to Japan nonstop, for example, was not practical until the Soviet Union opened its airspace and planes with enough range came along, in the early 1990s. Today, with 10,000-mile flights the norm, that's not the case anymore, but there is one time when this freedom is absolutely essential to have: emergency landings.

As an example, an Etihad A380 from Abu Dhabi (AUH) bound for New York-JFK experienced a medical emergency a few years back and was forced to divert to Reykjavik, Iceland. When you're flying a million-pound plane and have an emergency situation — be it medical or mechanical — the ability to act quickly without worrying about the geopolitics of where you land is crucial. We want pilots focused on the situation at hand, and that's exactly what those in control of this Etihad flight did, safely bringing the jet down to the ground to get a sick passenger the attention they needed. Without this second freedom, the situation would've been significantly more complicated and could've put the passenger's life at risk.

3. The Right to Fly from Your Own Country to a Foreign Country

Another important freedom in the air is the right to operate flights to another country from a carrier's home country. The nation of Qatar for example lost this freedom when the aforementioned blockade began, meaning its flag carrier Qatar Airways could not fly to the blockading countries anymore (nor could theirs fly to Qatar.) As a result, we had to say goodbye to the world's shortest scheduled A380 flight, between Dubai and Doha.

Note that the "right" to fly to a foreign country doesn't actually guarantee that flights will commence, as there are many other considerations for these routes. For example, if a new startup airline wanted to commence flights to London-Heathrow, it would still need to make logistics arrangements on the ground and buy a landing slot at one of the world's most congested airports. Those slots can easily sell for $10 million or more and are often a larger impediment to commencing service than the simple freedom to fly.

4. The Right to Fly from Another Country to Your Own

The fourth freedom of aviation is a simple inverse of the third: the planes you fly to a foreign country are allowed to fly back to your own country after. While these are technically separate rights, it's very common for them to be granted simultaneously and reciprocally when countries sign bilateral aviation agreements.

5. The Right to Fly Between Two Foreign Countries on a Flight Continuing on to Your Home Country

If you only remember one item on this list, it should be this one. Fifth-freedom routes are a fantastic way to experience foreign airlines at a fraction of the cost. Of the many fifth freedom routes to and from the US, I have a personal soft spot for Singapore's daily A380 service between New York (JFK) and Frankfurt (FRA). Not only was this the flight I used to position for my first international award redemption (a Lufthansa A380 first class flight from Frankfurt to India); before the pandemic, it also tended to be priced similarly or even better than competitors on the same route. This was especially pronounced when booking a one-way ticket:

One interesting technical note: in order to qualify as a fifth-freedom route, an airline must have traffic rights. In other words, they must be able to carry revenue passengers solely between two foreign countries (rather than just using one as an intermediate stop). One topical example comes to mind: Delta and United recently reinstated flights to China. Those flights stop in Seoul (ICN) before continuing back to the U.S., but the airlines don't have traffic rights to carry passengers just between China and Seoul. This would not qualify as a fifth freedom flight.

Are We Done Yet?

Depending on who you ask, maybe. There are technically a few more freedoms, but they don't add all that much. They mostly address slight variations of the fifth freedom (like if the flight doesn't continue on to an airline's home country, the right to fly wholly within a foreign country, etc.), and unless you're trying to impress your friends, you don't need to know if a flight falls under the modified sixth or eight freedom of aviation.

What's important to remember is how much cooperation, at every level, goes into making international travel work. And as to how this all affects you, just ask yourself: would you rather fly to Europe in an ancient aircraft operated by a legacy carrier with potentially subpar service, or would you rather have the choice of taking a world-renowned airline like Singapore or Emirates? If you've selected the latter, then the five freedoms of aviation are your friends.

Featured image by Just another busy day at ATL's B Concourse, full of Delta jets ready to depart (Photo by Darren Murph / The Points Guy)