Articles
Jennifer Yellin is a contributing writer to The Points Guy where she focuses on family travel. She is also the founder of Deals We Like where she helps her readers travel on a deal.
Follow
May 01, 2019
•
14 min read 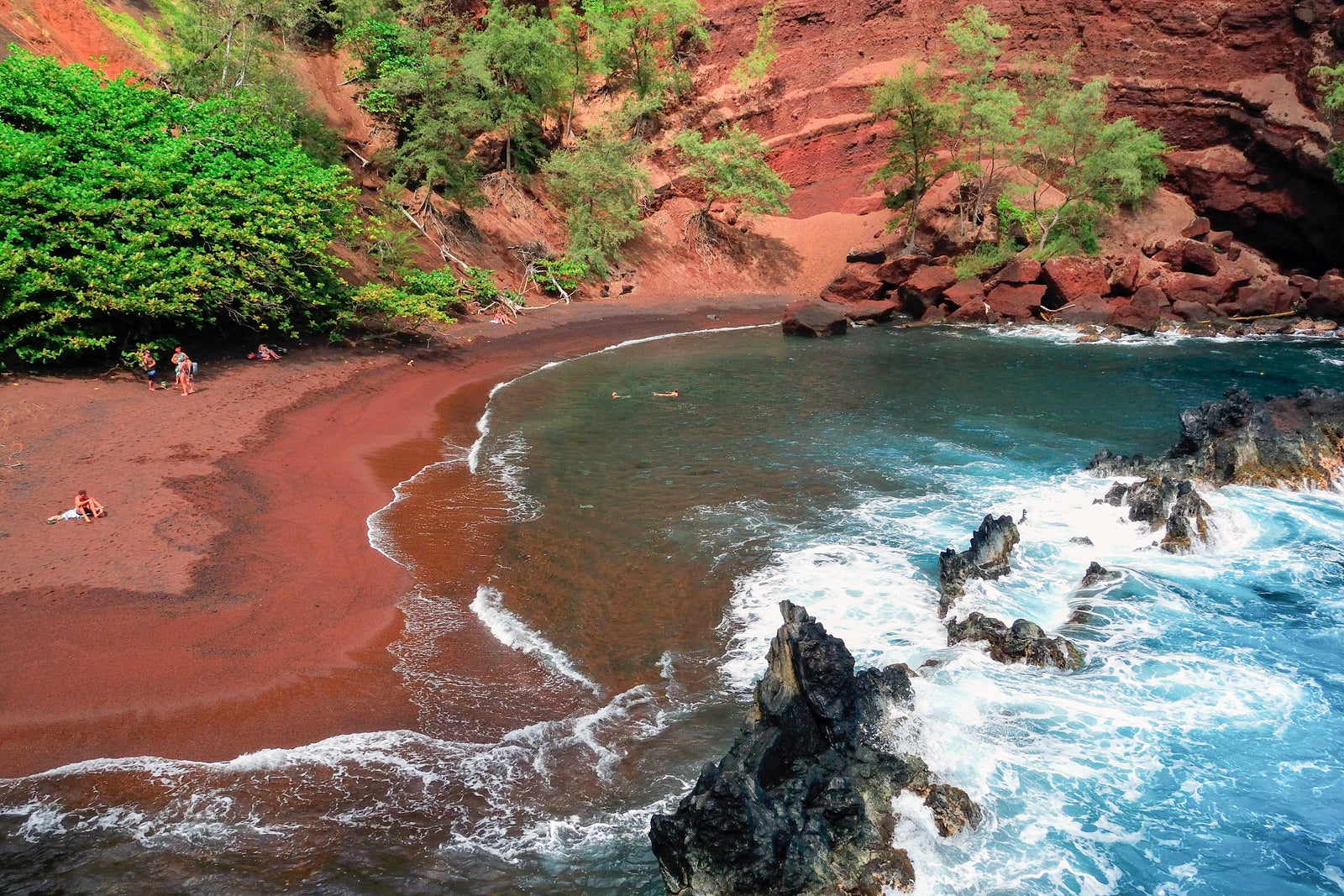 The points world moves fast, and you have to move quickly along with it to get the most for your miles. Just last week, Chase Ultimate Rewards launched its first ever transfer bonus promotion, which allows you to transfer your Chase Ultimate Rewards points from cards such as the Chase Sapphire Preferred Card and Chase Sapphire Reserve to British Airways and receive a 30% bonus. That means, with this promo, for every 1,000 Chase Ultimate Rewards points transferred, you'll end up with 1,300 British Airways Avios points. For those looking to book family vacations for this summer, this is a great opportunity to use fewer points and potentially save some for another trip in the future.

This is now especially timely because, come May 30, we know that partner awards booked with Avios are going to get more expensive. However, if you book before May 30, then you can book at the current rates that start at 7,500 Avios per direction of travel on partners such as American Airlines.

It's worth noting that British Airways uses the same currency, called Avios, as two other loyalty programs: Aer Lingus and Iberia. Once you transfer your points from Chase to your British Airways Avios account, you could then transfer them to these other two loyalty programs at a 1:1 ratio (provided that you have opened an Aer Lingus and/or Iberia account well ahead of time). This means you are getting the same 30% transfer bonus indirectly to the other partner programs, making the promotion even more valuable. Here's the only hitch: To transfer British Airways Avios to either Aer Lingus or Iberia, your accounts must have been opened for at least 90 days and you must have had some point-earning activity.

Both British Airways and Iberia are part of the Oneworld alliance, which means you can use your points with them to book partner flights on airlines such as American, Japan Airlines, Cathay Pacific and Qatar. Aer Lingus does not belong to this alliance. Ultimately, all three programs have different pros and cons with some routes being more favorable in one program versus another.

Here are some opportunities for your family to embark on an awesome family vacation and take advantage of this transfer bonus (Note that transfers from Chase Ultimate Rewards to British Airways Avios must be made in 1,000 point increments.):

If you already have plans to head to the Bahamas or Grand Cayman this summer, you can extend your vacation with some island-hopping. British Airways flies a number of fifth-freedom flights within the Caribbean that typically cost just 4,000 Avios (off-peak dates) or 4,500 Avios (peak dates) -- and the Bahamas to Grand Cayman route is one of them. Most of June is off-peak while July and August are primarily peak dates. These are some incredibly family-friendly islands that have a ton to do and many points-friendly hotels (may I suggest the Grand Hyatt Baha Mar and Westin Grand Cayman).

Other fifth-freedom routes in the Caribbean that cost the same number of Avios points include:

Madrid is a wonderful city and can easily be coupled with a longer trip throughout Spain, including to Barcelona and Seville. If you live near Boston, New York or Chicago, then getting to Madrid on Iberia Airlines is quite easy. Since you can indirectly transfer your Chase Ultimate Rewards points to Iberia, this is the perfect opportunity to take the family to Madrid. Plus one of the benefits of Iberia over British Airways is that the fuel charges are significantly lower.

*All distances one-way, in thousands of Avios

With Iberia's distance-based award chart, flights from Boston, New York and Chicago all fall into their Band 5 category. You can fly nonstop from one of these three cities to Madrid for as low as 17,000 miles one-way (for their Blue Class off-peak service). If you prefer business class, you are looking at just 34,000 to 50,000 miles one-way. Taking the 30% transfer bonus into consideration, this means you are looking at just 13,077 Chase Ultimate Rewards points for economy (Blue Class off-peak awards) or 26,154 for business class (off-peak). That's a fantastic price to cross the ocean in a lie-flat seat.

American Airlines operates a daily route from Miami (MIA) to both major airports in Costa Rica — Liberia (LIR) and San Jose (SJO). To take advantage of the promotion, transfer your Chase Ultimate Rewards points to British Airways and then book on partner American Airlines. This route costs just 7,500 British Airways Avios in economy class and 15,000 British Airways Avios in business class. For a relatively expensive route, this is a great redemption that is sweetened when you take into consideration the 30% bonus — requiring just 5,770 Chase Ultimate Rewards points for economy class or 11,539 points for business class. Best of all, availability is pretty good for the summer as of right now.

This could be the perfect opportunity to check out the extremely family-friendly Andaz Papagayo, especially with its new private boat to the Beach House. Costa Rica is also filled with a ton of family-friendly activities and is a great place to get outdoors and enjoy some nature.

This nonstop from New York (JFK) to Vancouver (YVR) is actually operated by Cathay Pacific. (Update, 9/9/2019: this flight will be discontinued in the spring of 2020.)

It is part of a longer route between New York (JFK) and Hong Kong (HKG), which means you are flying on one of the airlines' luxurious four-class 777-300ER aircrafts. Since Cathay Pacific is a British Airways partner, you can use your British Airways Avios points to fly in comfort in one of Cathay's first class seats, business class seats or economy.

One of the better ways to fly to Hawaii is by using your British Airways Avios points. Due to its distance-based award chart, you'll spend just 12,500 points for a one-way award redemption from West Coast cities, such as Los Angeles, to many of the Hawaiian Islands, including Kauai (LIH), Honolulu (HNL), Maui (OGG) and The Big Island (KOA). Although we've seen some extremely low cost fares recently on these routes, especially with the introduction of flights to Hawaii by Southwest, summertime will bring some peak fare prices. Award availability is still very favorable on American Airlines in economy. With the current transfer bonus, you are looking at spending fewer than 10k Chase Ultimate Rewards points (or 9,616 points to be exact) on an award ticket to paradise, which is pretty awesome.

If you are looking to fly to Hawaii from another part of the country (east of Phoenix), you could be looking at redeeming additional Avios, depending on the distance and number of layovers. In this scenario, you might want to look into all of your Chase Ultimate Rewards transfer partner options to see if another program might require fewer points.

If seeing Mickey Mouse is on your family's agenda this summer, American has a large presence in Orlando, which means booking an award flight from most airports around the country is quite feasible. When using British Airways Avios points for American Airlines flights, each segment is priced based on these award pricing tiers:

For a short-haul flight, for example, from Dallas to Orlando, you are looking at 7,500 Avios one-way, or just 5,770 Chase Ultimate Rewards points. To figure out the distance between two cities, you can use gcmap.com. If your flight requires a layover, British Airways will add up the cost of each individual segment, which might not make it the best redemption option, but it is worth looking into -- especially taking into consideration the transfer bonus promotion.

If you are looking at a short flight of less than 500 flown miles, such as a flight between Washington, DC (DCA) and Charleston, SC (CHS), using Iberia Avios points to book an American Airlines flight could be the perfect opportunity. With the Iberia award chart, this type of round-trip award will cost you just 12,000 Iberia Avios points (when the round-trip itinerary is less than 1k flown miles) — or just 9,231 Chase Ultimate Rewards points when transferred first to British Airways and then to Iberia (remembering the rules of who can make that transfer).

If you were to redeem your points directly with British Airways Avios, you'd be looking at spending 7,500 Avios per one-way flight or 15,000 points round-trip — an extra 3,000 points over using Iberia's award chart. The one disadvantage you have when using Iberia Avios points on American Airlines flights is that you must redeem for a round-trip flight — one-way redemptions are not an option. When using Iberia's website to search for availability, you must search for a round-trip flight as well. Your other option is to search for award availability through American Airlines and then book through Iberia.

Everything you need to know about Chase Ultimate Reward points and redeeming British Airways miles:

Related stories
Should you buy Marriott points with a 50% bonus?
5 secrets to getting a luxury cruise for less
Deal alert: Widespread Air Tahiti business class award space to French Polynesia
This no-annual-fee card earns 2% cash back on every purchase — and automatically applies your rewards
Featured image by Getty Images/iStockphoto
Editorial disclaimer: Opinions expressed here are the author’s alone, not those of any bank, credit card issuer, airline or hotel chain, and have not been reviewed, approved or otherwise endorsed by any of these entities.