Your Points and Miles Guide to Barcelona

Articles
Lori Zaino is a writer for TPG and TPG UK covering travel, news, points and miles and more. She's been based in Madrid, Spain almost 15 years and is an expert in travel throughout destinations such as Europe, Southeast Asia and Africa.
Follow
Nov. 11, 2017
•
8 min read 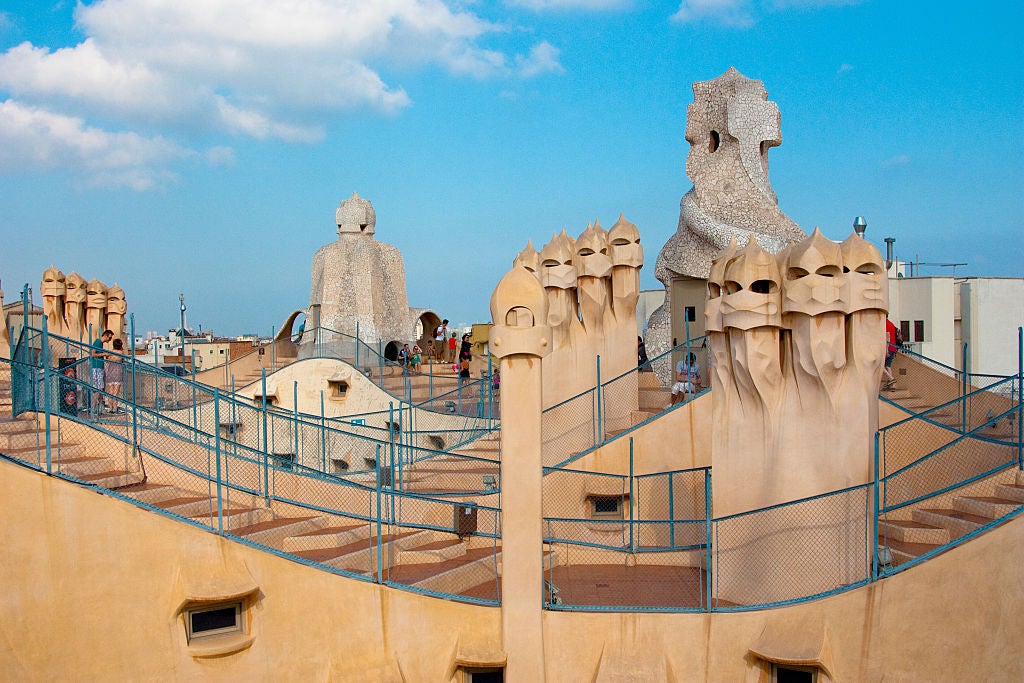 Barcelona, Spain, is a city filled with endless opportunities for visitors. You can lounge in the sunshine on the beach, bike or stroll the small, winding streets of the city and see some of the most famous architectural landmarks in the world — like Antoni Gaudí's magnum opus, Sagrada Família — up close. Here’s how to make the most of your next trip to Barcelona, with tips for getting there with miles, staying there with points, and other fun things to do when you’re in town.

Barcelona-El Prat Airport (BCN) ie easily accessible from the US. American Airlines flies nonstop from New York (JFK) and Miami (MIA) — one-way MileSAAver off-peak economy awards will run you about 22,500 AAdvantage miles (or 57,500 in business class). Using Avios on Iberia for this trip is also a cost-effective alternative, allowing you to avoid the huge fuel surcharges charged by British Airways. Delta flies between BCN and JFK, but since the SkyMiles program no longer has an awards chart, mileage amounts can vary greatly depending on your travel dates. United flies nonstop between BCN and Newark Liberty (EWR) — search for a Saver award, which go for about 30,000 MileagePlus miles in economy or 57,500 in business class each way.

As far as non-alliance carriers go, Norwegian has expanded its US routes with nonstop flights between Barcelona and Newark, Fort Lauderdale (FLL) and Los Angeles (LAX). You'll also be able to fly there from Oakland (OAK) starting April 10, 2018. If you'd like to book a Norwegian ticket directly through a travel portal such as the Citi ThankYou Travel Center or Ultimate Rewards Travel and Norwegian flights don't appear there, try calling instead — both Citi and Chase phone agents have told TPG staff they could book Norwegian flights. Unfortunately, the same isn't true of American Express, though the Membership Rewards team might be willing to manually deduct the points for a ticket after the fact — that is, if you'd prefer to use MR points on its portal.

You can also take the metro, specifically the L9 Sud line, which has several stops in the city center. Airport stations can be found in both terminals, but note that T1 has an inside stop while T2 has an outside stop. Tickets cost 4.50 euros (~$5). The Renfe line has a stop a few minutes from T2 and stops at the Barcelona Sants, Passeig de Gracia and El Clot stations. A ticket costs about 4.10 euros (~$5) and the trip runs about 30 minutes depending on where you get on and off. Once you're in the city center, the metro and bus are both easy and economical ways to get around. Single tickets cost 2.15 euros (~$2.50) each way. It's also a very walkable city if you'd prefer that mode of transportation.

For the utmost in luxury, stay at Hotel Arts, a Ritz-Carlton property with rooms overlooking the Mediterranean and the city surrounds. The sexy, sleek design integrates perfectly with the ocean vibes, while its Frank Gehry fish sculpture, Peix, is iconic. Additional perks include Asprey bath amenities, a glamorous outdoor swimming pool and the two Michelin Star restaurant Enoteca Paco Pérez. Rates start at 235 euros (~$277) or 60,000 Rewards points per night.

The trendy set should head to the W Barcelona. While it's a little far from the city center, beach fans will love its tranquil location on the edge of the Barceloneta beach zone. The pool is the place to be here. Order a glass of white sangria — made with Spanish Cava, of course — as you relax to chill house beats. The hotel also has a private beach if you'd prefer to dip your toes in the ocean. Rates start at 248 euros (~$292) or 20,000 Starpoints per night.

For something slightly more cost-effective, the Hotel Indigo Barcelona, an IHG property, is right in the city's main square, making it a prime location for enjoying tapas and shopping nearby. The Gaudí-inspired lobby, guest room murals and bold splashes of color around the hotel will inspire you to get out and see the city. Rates start at 138 euros (~$163) or 45,000 IHG Rewards points per night.

One of the most interesting ways to see Barcelona’s most famous sites — like Gaudí architecture, Sagrada Família and beautiful Barceloneta beach — is by bike. The city is relatively flat and bike lanes can be found on all the major streets, so creating a DIY tour with rented bikes is easy. You can find bike rental shops all over the city, especially near the beach. Bike tours are also an excellent way to see all of the aforementioned tourist attractions, as well as other historic and charming neighborhoods like the Born or Gothic districts. We're big fans of the Barcelona Ciclo Tour, which leaves daily at 11:00am from the Hard Rock Café in Plaça de Catalunya.

Get Your Gaudí On

For a breath of fresh air, visit one of Barcelona's many parks, starting with the famous Parc Güell, and its swirling benches, mosaic lizard and other quirky flourishes designed by — you guessed it — Gaudí. Note that you'll need a ticket to enter the most interesting parts of the park, so make sure you buy it online ahead of time as only a certain amount of people are allowed in each day. If you'd prefer to see the park with fewer tourists, head over around sunset instead of stopping by in the morning.

Gaudí fans should also make a pilgrimage to Sagrada Família — a beautiful, world-famous cathedral slowly reaching its completion in 2026 — as well as Casa Milà and Casa Batlló, both dubbed UNESCO World Heritage sites.

Exploring the perfectly manicured hedges and tree mazes at Parc del Laberint d’Horta, one of the oldest parks in the city, is a tranquil experience — there's also a charming pond and a bunch of Greek statues to check out. Those wanting a true green escape should visit Parc de la Ciutadella, which dates back to the early 1700s. Besides being the ideal place for a picnic, the park is also home to a zoo and the Parliament of Catalonia.

Visit Montjuic for Epic Views of the City

Montjuic is a nearby mountain that offers incredible views of Barcelona and the Mediterranean — it's also home to a castle and gardens you can visit, and is easy to get to thanks to a funicular and cable car that connect it to the rest of the city.

How do you do Barcelona on points and miles? Share your secrets!