How fast is the internet on a Celebrity cruise? We put it to the test 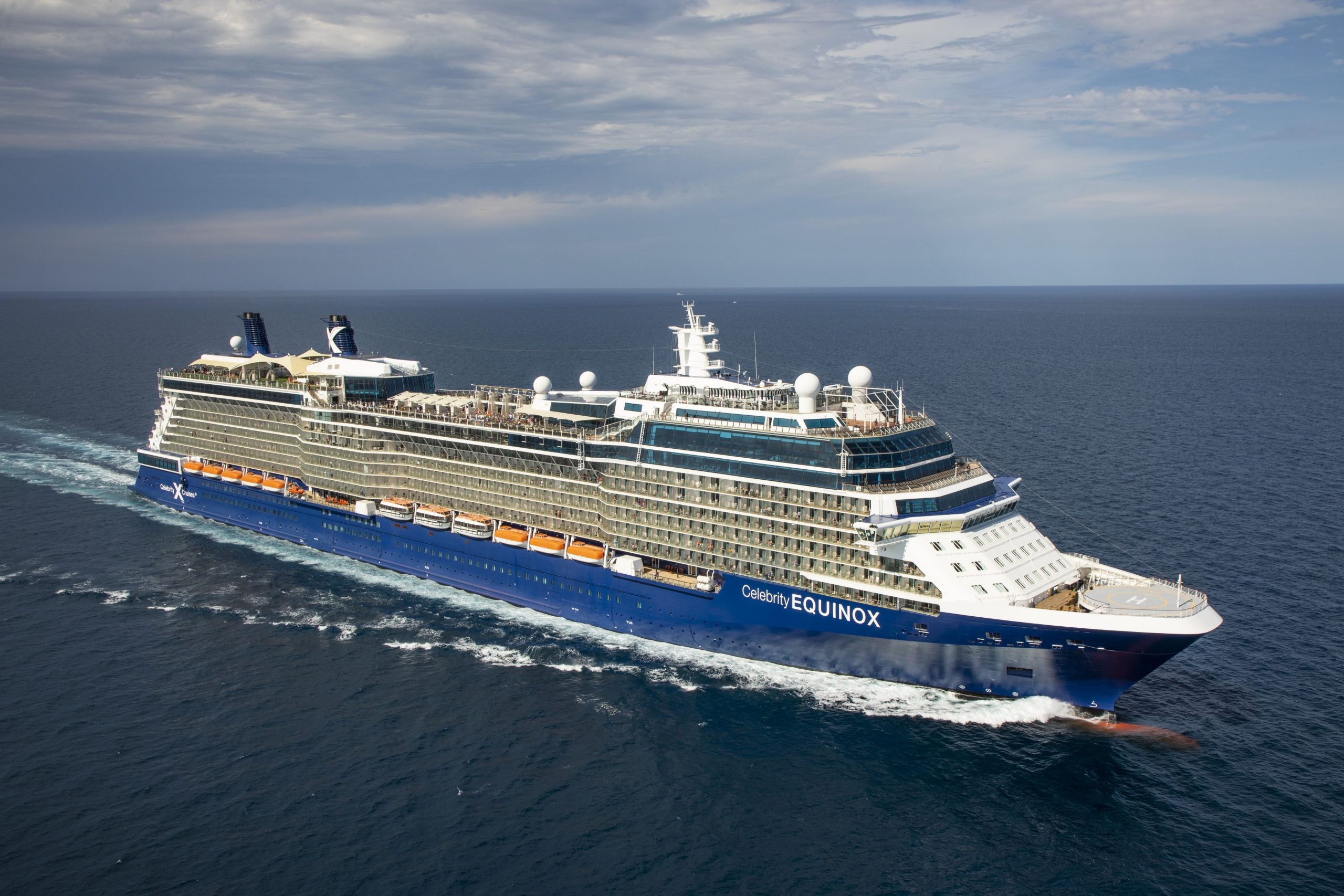 Looking for a cruise ship with internet service fast enough to let you do video calls with your friends back home and maybe watch a Netflix movie or two?

You can include most of the vessels operated by Celebrity Cruises on your short list.

As I found during a recent speed test of Xcelerate -- the internet service available on most Celebrity vessels -- it lives up to its billing as a service fast enough to allow for seamless streaming of movies and other content.

Just don't expect to be able to do bandwidth-hogging activities such as gaming. While fast by cruise ship standards, Celebrity's Xcelerate internet service remains far slower than what you're probably used to at home.

I put Celebrity's internet service to the test on board the line's 2,918-passenger Celebrity Edge last week as it restarted departures for the first time in 15 months. The ship was sailing from Fort Lauderdale's Port Everglades to Costa Maya and Cozumel, Mexico, and the Bahamas.

Unveiled in 2018, Celebrity Edge is one of the newest of Celebrity's 14 vessels, and -- as I'll explain below -- that's a factor in the internet speeds it's able to offer.

Celebrity's Xcelerate internet service doesn't operate at the same speed on every one of the line's vessels. In general, Celebrity's newer ships have faster internet speeds.

How internet works on cruise ships

I'll get to the results of my speed test on Celebrity Edge in a moment. But if you haven't cruised before, here's a little primer.

Unlike at resorts on land, the internet on cruise ships is often quite expensive -- more than $20 a day on some lines. You could easily spend upwards of $100 a week on cruise ship internet just to connect with one device. You'll pay even more if you want to have multiple devices online at the same time.

Internet on cruise ships also generally is much more sluggish than what you've experienced on land. On a cruise ship, you'll be lucky to get download speeds of 5 megabits per second (Mbps). Where I live in North Carolina, the local cable company's least-expensive internet package promises download speeds of 200 Mbps.

Cruise lines really are doing their best to deliver fast, affordable internet just like you'd find at home. And they've made great strides in recent years.

But delivering fast, inexpensive internet to people on ships that are on the move in the open ocean is neither easy nor inexpensive. Remember, there are no high-speed cable lines connecting to moving cruise ships, or line-of-sight transmitters, except when they're close to ports. When you're getting internet on a cruise ship, you're getting it via a very expensive satellite system that's designed to be compatible with a moving target like a cruise ship.

Celebrity offers two versions of its Xcelerate internet service on most ships:

What does Celebrity's internet service cost?

Rates for Celebrity's internet service seem to be always changing. But on my Celebrity Edge sailing, the basic Xcelerate Surf service costs $14.95 per day for a single device when booked on board. The upgraded Xcelerate Stream service costs $34.99 per day.

The rates above were per day based on buying the service for the entire cruise. You can't get these rates if you just want internet access for a single day. My Celebrity Edge sailing was seven nights in length, so the $34.99 per day cost of the faster service worked out to $244.93 for a single device for someone who booked it on the first day of the cruise for the entire trip.

You also often can buy a single-day pass for internet on Celebrity ships at a significantly higher per-day cost than the multiday rate above. On my sailing, a single day (24-hour) pass was $44.96 for the higher-speed Xcelerate Stream service.

How fast is Celebrity's internet service?

While on board Celebrity Edge, I signed up for the faster of Celebrity's two internet options, the Xcelerate Stream service, so that's the only one I was able to test.

I ran speed tests many times during the sailing, at different times, using the website speedtest.net both on my laptop and on an iPhone. What I found was that the Xcelerate Stream service usually offered download speeds of between 3 Mbps and 5 Mbps. The upload speeds typically were around the same amount, which surprised me. During a recent test of the internet on a Royal Caribbean ship, the upload speeds only were about half of the download speeds.

Here's a speed test I conducted at about 5:40 p.m. on June 30 when Celebrity Edge was docked at Cozumel, resulting in download speeds of 3.83 Mbps and upload speeds of 4.08 Mbps.

Below is another speed test I did the next day as Celebrity Edge was sailing eastward across the Gulf of Mexico on its way from Cozumel to Nassau in the Bahamas (download speeds of 3.39 Mbps; upload speeds of 3.82 Mbps).

As you can see, both the download and upload speeds for the internet on Celebrity Edge at this point were slightly lower than they were while docked in Cozumel. But they still were in the same basic range.

Of note, I saw a measurable increase in internet speed on the ship toward the end of the voyage when we were in the Bahamas.

Here is a speed test that I conducted at 9:30 a.m. on July 2 as Celebrity Edge was docked in Nassau in the Bahamas. Download speeds were nearly 6 Mbps and upload speeds were about 8 Mbps.

In comparison to internet speeds at resorts on land, the speeds I measured above may seem excruciatingly slow. But I found the Xcelerate Stream service on Celebrity Edge did allow me to stream movies, as promised. I was able to continue binge-watching "Downton Abbey" on Netflix at bedtime with no problem.

Unlike what I experienced on a recent cruise with Royal Caribbean, there were no periods during the cruise where I lost the internet completely or experienced slowdowns that made it difficult to stream content over sites such as Netflix.

I also was able to use the internet to make Facetime calls to my wife in North Carolina at several points during the cruise. I did have a spotty connection at times when using Facetime to make such calls. I never lost my connection completely, but her image on the screen would freeze occasionally, and I sometimes had trouble hearing what she said.

I had no problem using the Xcelerate internet to participate in a 45-minute video staff meeting on Zoom while the ship was far away from land in the open water.

Internet speed on Celebrity ships also can be affected by where the vessel is located at any given time, and also by the weather -- both factors that can affect the connection to satellites.

If you're new to cruising, you might find yourself shocked at the price for internet on a Celebrity ship. On a per-day basis, Celebrity's fastest Xcelerate Stream service is nearly 20 times more expensive than the typical cable internet service in the United States. You also may be shocked by the slow speed of the service. At around 200 Mbps, my $60-a-month cable service at home in North Carolina, for instance, is about 50 times faster than what I experienced on Celebrity Edge -- quite a difference!

That said, for a cruise ship, the internet service on Celebrity Edge and other Celebrity ships actually is quite fast. And it lived up to its billing as a service fast enough to let you watch Netflix movies and shows at sea.

Featured image by Michel Verdure
Editorial disclaimer: Opinions expressed here are the author’s alone, not those of any bank, credit card issuer, airline or hotel chain, and have not been reviewed, approved or otherwise endorsed by any of these entities.