I'm on the first major cruise from a US port: This is what surprised me most 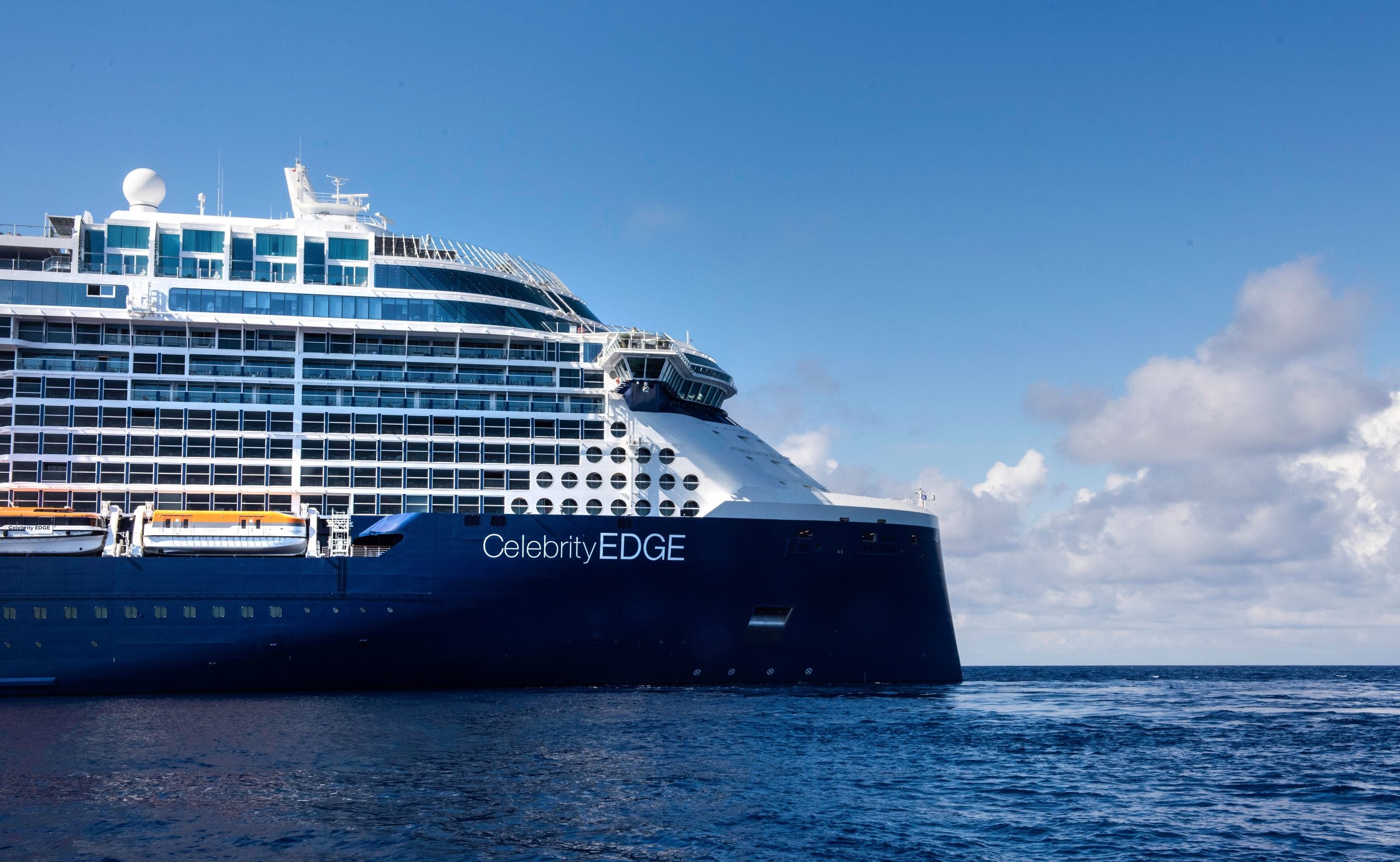 TPG's Gene Sloan is sailing on Celebrity Edge as a guest of Celebrity Cruises. TPG paid for all his travel to and from the ship. The opinions expressed below are entirely his and weren't subject to review by Celebrity.

Did the 15-month-long shutdown of cruising in North America really happen?

From where I'm sitting right now, along the pool deck of Celebrity Cruises' 2,918-passenger Celebrity Edge, it all seems like a dream.

The pool and lounge chairs around me are full of sun worshippers making the most of a sunny sea day. There's a guitarist belting out Jimmy Buffett tunes. The bar is buzzing.

The smell of burgers is wafting over from the outdoor grill.

In short, it's about as normal a day on a cruise ship as you'll ever see. And that's making it hard to remember that, just a few months ago, the idea that I would be here, maskless and unafraid, lounging atop a ship steaming across the Gulf of Mexico, would have been almost unthinkable.

Unlike on some other cruise ships that have started back up in recent weeks in the Caribbean, there is almost nothing obvious that has changed in the cruise experience on Celebrity Edge as compared to what it was like in pre-pandemic times.

Indeed, the big surprise on this first sailing of Celebrity Edge since the ship halted operations in early 2020 is that there's almost nothing of note to write about -- at least when it comes to changes brought on by the COVID-19 pandemic.

This is cruising as it always has been and, it seems, always will be.

This is cruising returning back to normal.

Like a handful of other cruise and travel writers on board, I arrived at Celebrity Edge on Saturday to document all the many things that would be different on this sailing -- the first by a major line out of a U.S. port since the pandemic began in early 2020.

But it was within hours of watching the ship sail away from Fort Lauderdale's Port Everglades that I realized that many of the changes I had been expecting -- bars blocked off for social distancing, limited seating in theaters and curtailed activities -- were not to be found.

I had seen these kinds of changes a couple of weeks ago when visiting another vessel that just started up service in the Caribbean: Royal Caribbean's Adventure of the Seas. But that was then. The way cruise ships returning to service are operating is evolving so fast that even recent observations on board vessels may no longer be valid.

The most noticeable change to the way Celebrity Edge is operating that I've found so far is at the ship's casual buffet, Oceanview Cafe. In an effort to reduce the spread of germs, passengers no longer can serve themselves. Instead, crew members stand behind the buffet line offering to ladle the food items onto plates.

In addition, lounge chairs on the pool deck have been spaced apart a bit more than usual, in clusters of two -- albeit, in such a minor way that I didn't even notice it until I had been on board for a full day.

A lively night out on board

By Sunday evening, I was starting to forget how much we all thought cruising was going to be changed forever in the wake of the coronavirus pandemic. The experience on board just seemed so ... unchanged.

Heading out for the evening, I started off with a stop at the ship's martini bar for a cocktail and found it buzzing.

At one point, the beaming CEO of Celebrity's parent company, Richard Fain, showed up to juggle drink bottles from behind the bar, drawing a crowd. Then it was on to the ship's creative cuisine-focused Eden Restaurant, where the show kitchen was churning out lobster "raindrops" and masala-coated "namaste" shrimp with an efficiency that belied the fact that it only had been opened for two of the last 450 days.

My next stop was the ship's theater for the big show: an extravaganza of singing, dancing and aerialist performance called Kaleidoscope. It was well-attended, and as far as I could tell, none of the seats in the theater were blocked off for social distancing.

Also well-attended was my final stop of the night, a "silent disco" party in the ship's nightclub, The Club. I grabbed a set of headphones and bobbed my way into a sea of cruisers on the dance floor. It was a lively scene.

For now, crew members on Celebrity Edge are wearing masks -- though this may change in coming weeks. But almost none of the passengers on board are required to wear them.

That goes a long way toward making this cruise seem normal.

The no-masks-required policy on board (for all but unvaccinated passengers) is in keeping with relatively new CDC guidelines for ships such as Celebrity Edge that are resuming sailings with the vast majority of their passengers vaccinated.

Celebrity has committed to sailing out of U.S. ports with 95% of its passengers vaccinated for COVID-19, and on this sailing the percentage is even higher. About 99% of the nearly 1,200 passengers who boarded the ship on Saturday in Florida showed proof of a vaccine.

The ship is on a seven-night voyage to Costa Maya and Cozumel, Mexico, and it also will stop this week in Nassau in the Bahamas.

In all, only around two dozen passengers on board have not been vaccinated, and nearly all of those are children under the age of 12 who are not eligible for a COVID-19 vaccine.

In a nod to a Florida law prohibiting businesses from asking passengers for proof of a COVID-19 vaccine, Celebrity did not force passengers to show such proof — it was voluntary.

Those who didn't were told they would be subjected to multiple COVID-19 tests before and during the sailing at their own expense as well as restrictions on board.

The high vaccination rate of passengers is allowing Celebrity to do away with many of the restrictions such as blocked-off seating and limited activities that some had feared would become a permanent part of cruising in the post-coronavirus era.

The new pandemic-era protocols for cruise ships are changing fast, and they might not be as intrusive as you'd expect by the time you get on a ship this year.

Already, on some vessels such as Celebrity Edge -- the first major cruise ship to restart sailings out of a U.S. port -- the cruise experience seems pretty much the same as it ever was.

TPG’s Gene Sloan is reporting live from Celebrity Edge this week as it sails to Mexico and the Bahamas. You can find all his dispatches from the ship at his author’s page.

Featured image by Steve Dunlop Photographer
Editorial disclaimer: Opinions expressed here are the author’s alone, not those of any bank, credit card issuer, airline or hotel chain, and have not been reviewed, approved or otherwise endorsed by any of these entities.