What to expect from the new Carnival Celebration cruise ship

Articles
Ashley Kosciolek has spent more than a decade writing about travel, with particular emphasis on cruises. Her favorite cities include London; Amsterdam; Krakow, Poland; Phnom Penh, Cambodia; Dawson City, Yukon; and anywhere known for outstanding pizza and theater. You can follow her daily exploits, both at sea and on land, on Instagram or Twitter @slyjabroni.
Follow
March 14 2022
•
6 min read 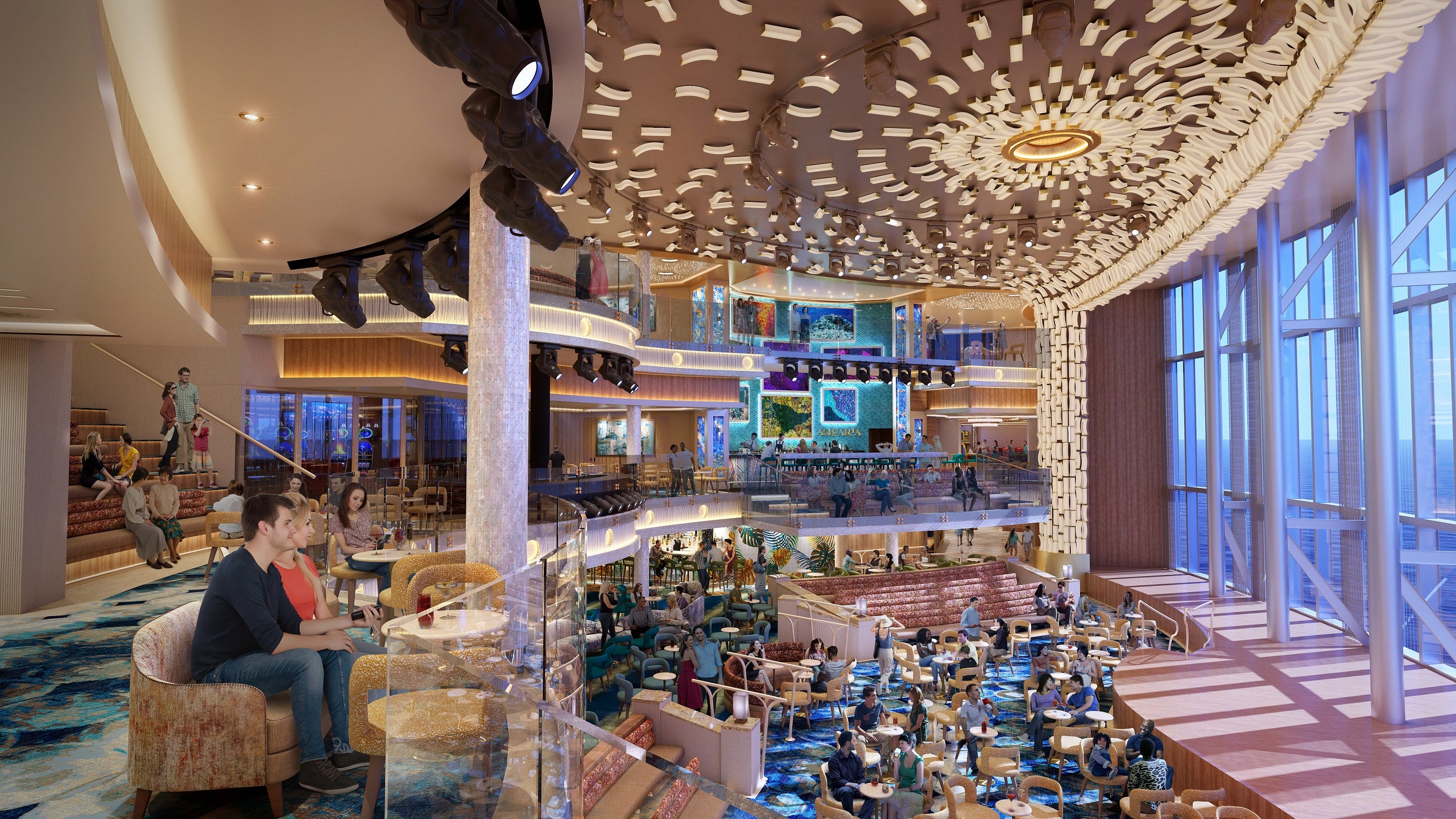 In November 2022, during its 50th anniversary year, Carnival Cruise Line will debut its latest new build, Carnival Celebration, the second ship in the line's Excel class.

Following in the footsteps of sister vessel Mardi Gras, launched in 2021, Celebration is also the second of Carnival's ships to be powered by liquefied natural gas and the second of the line's throwback ships, meaning it's the second vessel to bear the Carnival Celebration name. The first, known simply as Celebration, set sail for the line in 1987. It left the fleet in 2008 before ending up with Bahamas Paradise Cruise Line as Grand Celebration, which was scrapped during the industry's pandemic pause in 2021.

Carnival Celebration's new iteration will be a far cry from the original, sharing many concepts with the Mardi Gras, including a six-zone layout that features Shaq's Big Chicken and a Bolt roller coaster. Here, I'll outline what you can expect to see on board and why you might want to consider booking a voyage.

There are few differences between Mardi Gras and Carnival Celebration, but one of the most notable is the revamped Celebration Central area. Known as Grand Central on Mardi Gras, the ocean-facing atrium area is one of six zones that serve as a hub of onboard activity.

The space will still span three decks and provide access to JavaBlue Cafe, Bonsai Sushi and Teppanyaki, Piano Bar 88 and the Punchliner Comedy Club. It will also continue to offer daytime ocean views and nighttime shows on its stage, which has been enhanced with even more color-changing lights than the original -- 1,400, to be exact. Designed to look like confetti, they're one of the first elements to greet passengers as they board the ship.

A nod to the address where Carnival Cruise Line was born 50 years ago, Carnival Celebration's 820 Biscayne zone is designed with a purposeful Miami vibe. Occupying the same real estate as La Piazza on Mardi Gras, this new area will see Rudi's Seagrill and Cucina del Capitano reprise their respective roles serving seafood and Italian fare.

This time around, however, the vessel's 24/7 pizza outpost will be called Miami Slice, and the area will also include Bar 820, which replaces Bar Della Rosa as the ship's secondary coffee bar, and Deco Deli. The latter, done up in Art Deco style, will see a menu with Latin-inspired dishes like Cubano and croqueta sandwiches, as well as pan con lechon.

Replacing the French Quarter, new travel-inspired neighborhood The Gateway will still rise two decks and feature the second at-sea outpost by Emeril Lagasse -- Emeril's 1397. In addition to the seafood offered at Emeril's on sister ship Mardi Gras, the location on Carnival Celebration will also include international cuisine for breakfast, lunch and dinner.

So what's new? The Gateway will encompass a promenade with shops, as well as show lighting and screens that will display different scenes throughout the day, including vistas that tie into the ship's various theme nights. Additionally, the space will feature a large digital map that shows the real-time locations of every ship in Carnival's fleet. The vessel's two nearby main dining rooms will be dubbed the Carnivale Restaurant and Festivale Restaurant as an homage to the second and third ships to sail for the brand.

Bars, restaurants and lounges reprising their roles in this zone include the pharmacy-themed Alchemy Bar, the Limelight Lounge, Fahrenheit 555 steakhouse and Carnival Kitchen.

Situated in Celebration Central, the Aquaria Bar, featuring two-deck glass murals rescued from Carnival Victory, will replace the Grand View Bar, while the Tropicale Bar will be positioned on the ground level of the zone, in place of what is the Center Stage Bar on Mardi Gras. The latter bar is named after former ship Tropicale, which was the first ship in Carnival's fleet to have the brand's well-known whale-tail funnel.

But, perhaps the most notable bars so far are Latitudes and Golden Jubilee. The former, part of The Gateway zone, will appear along the promenade and evoke vibes from the swanky airport terminals and train stations of travel's heyday while offering international tipples and small plates, as well as a daily happy hour celebration. The latter, which will also harken back to the golden age of travel, was also named in honor of the line's 50th anniverary.

In a move that draws from Royal Caribbean's neighborhoods, which debuted on Oasis of the Seas in 2009, Carnival has added zones to its Excel-class ships. Like Mardi Gras, Carnival Celebration will have six of these fun areas.

So far, Carnival has confirmed that four of them will be the same as those found on Mardi Gras, perhaps with a couple of tweaks. In addition to Celebration Central, passengers can expect to find:

One of the most innovative new-ship additions the cruise industry has seen in years, Bolt is the first roller coaster at sea. The second one to sit atop a ship's outer decks will be found on Carnival Celebration, offering cruisers the chance to soar 187 feet above the water at speeds of up to 40 miles per hour — for a fee.

The experience isn't quite as thrilling as what you'll get from a land-based coaster, but it did make my heart pound a lot faster than I was expecting.

Although Carnival Celebration will be similar to Mardi Gras in most ways, there's still a lot we don't yet know.

At the time of publication, Carnival had not responded to an email asking whether Carnival Celebration will include Madi Gras' La Piazza and French Quarter zones. The line has also not yet released information about any new restaurant or cabin concepts that might be found on the vessel.

Either way, what you can expect from the ship is a layout that's new to most vessels in Carnival's fleet, plenty of fantastic food and entertainment, and lots of fun.

Bookings are currently open, with the ship's inaugural voyage set to take place on Nov. 21, 2022.

Related stories
First, Club Suite and the rest: Flying the British Airways 777 in all 4 cabins
10 best hotels to see the northern lights
You won’t want to miss New York City’s newest immersive art space
New welcome offers: Earn up to 150,000 points on these Marriott Bonvoy credit cards
Featured photo by The Celebration Central ocean-facing atrium area on Carnival Celebration (Photo courtesy of Carnival Cruise Line)
Editorial disclaimer: Opinions expressed here are the author’s alone, not those of any bank, credit card issuer, airline or hotel chain, and have not been reviewed, approved or otherwise endorsed by any of these entities.