Articles
Ben Smithson is a senior writer for TPG UK. Originally from Australia, he is the primary points and miles writer for the U.K. site.
Follow
Jan. 24, 2022
•
8 min read 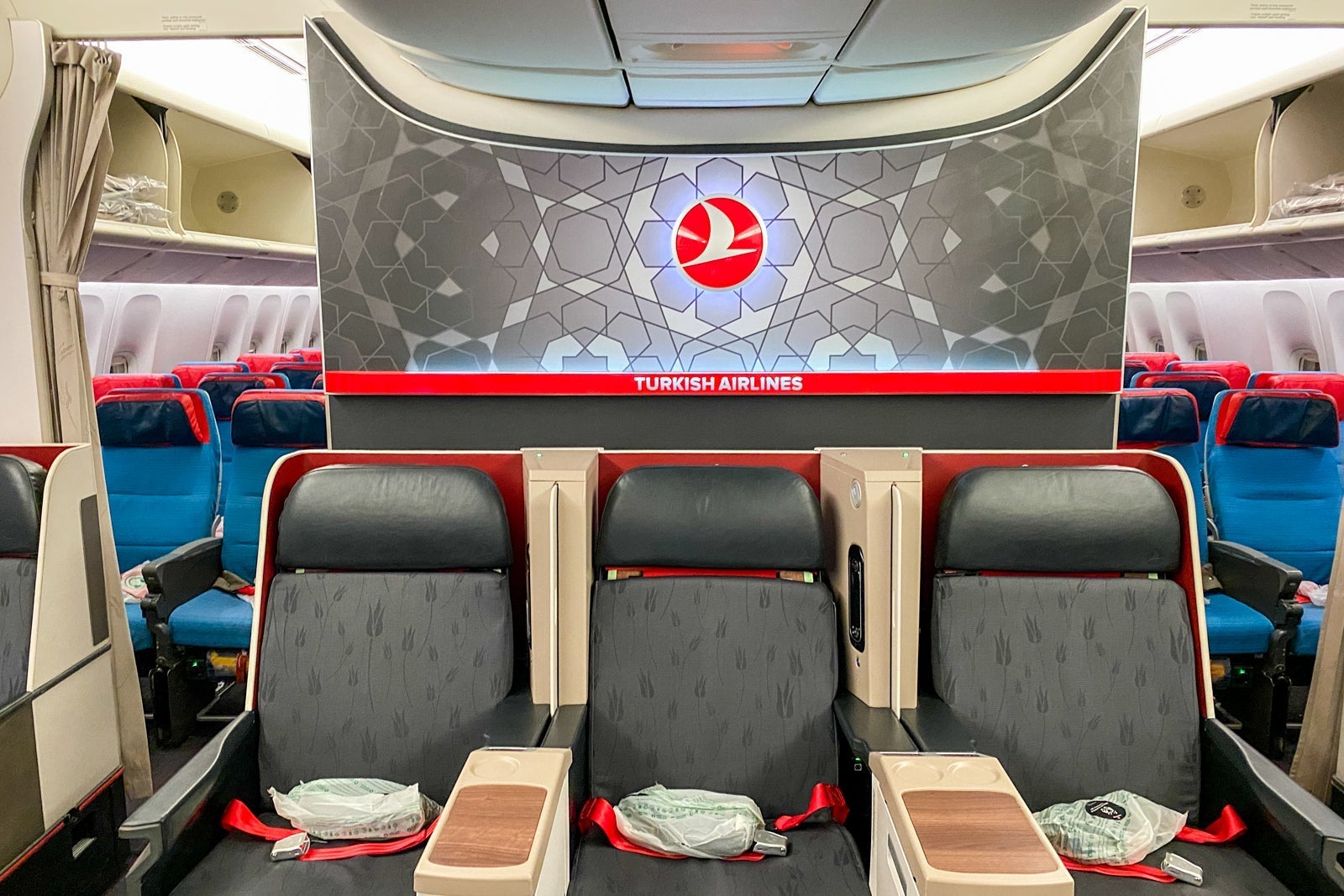 Turkish Airlines may not be as well known to travelers as Emirates or Qatar Airways, but they are a terrific airline for a number of reasons. Over the past 88 years, the airline has quietly grown to become a global powerhouse.

From their incredible route network to their cuisine, their world-class lounges to their base in one of the largest aviation hubs in the world –Istanbul Airport (IST) – Turkish Airlines should be on your radar for your next trip.

Here are 10 things you should know about Turkish Airlines.

1. They fly to more countries than any other airline

Turkish Airlines has long held the prestigious title of flying to more countries than any other airline — currently more than 120 countries. This means they can connect you from Austria to Angola, Japan to Jordan, and Panama to the Philippines via their global mega-hub in Istanbul (IST).

If you are looking to fly between two destinations that have no direct flights, chances are Turkish Airlines may fly there.

Related: Watch as TPG UK reviews Turkish Airlines in business and economy at the same time

"The wine selection was especially impressive, with three white wines, five reds, Taittinger Champagne, a Turkish rose and a port. I really appreciated the attention to detail at mealtime, down to the adorable salt and pepper shakers that even had little magnets at the bottom so they didn’t fall off the tray. The appetizers could have been my full meal, especially with the incredibly rich and delicious pumpkin soup."

In both economy class and business class, they serve some of the best food you are likely to ever taste on a plane.

3. Some flights have a Chef onboard

If you see a cabin crew member aboard your next long-haul Turkish Airlines flight dressed in chef's whites, he is one of the airline's "Flying Chefs." This crew member is responsible for preparing the gourmet food served in business class on the flight. There's little if no actual "cooking" onboard, and unlike Etihad's first-class chefs they probably won't be creating new dishes aboard the aircraft based on whatever ingredients they have on hand.

It's a bit gimmicky, but they are a fun novelty when flying an airline that has really invested in its food and beverage offerings.

4. Long-haul planes on some short-haul routes

Turkish Airlines has an enormous fleet of almost 400 aircraft from the small Airbus A319 up to the giant Boeing 777-300ER aircraft. It can be a bit of a lucky dip as to which aircraft type you will end up in, as there are regular aircraft swaps for operational reasons. That being said, they regularly operate long-haul configured aircraft on short and medium-haul routes, which is great news for passengers in both economy and business class.

In economy, you can expect seat-back screens and a large cabin to stretch your legs in. Business-class comes with lie-flat seats for all passengers. Look for Airbus A330 and A350 aircraft as well as Boeing 787 and 777s on flights to the likes of London (LHR), Paris (CDG) and Geneva (GVA) to experience long-haul aircraft on short-haul routes.

Related: Turkish Miles & Smiles: Why you should care about the hottest frequent flyer program of 2021

5. Their hub is one of the worlds largest airports

Turkish Airlines moved into its new hub in Istanbul in 2019 and its currently the world's largest airport. Comprising one massive terminal with five different concourse piers and some 143 aerobridge passenger gates. Having everything under one massive roof means no frustrating bus or train terminal transfers (which will be a welcome relief for anyone who has ever changed terminals at London Heathrow), but be aware there is no transit system between any of the gates.

Wear comfortable walking shoes and hope your connecting flight departs from the same or an adjoining pier to the one you are landing in otherwise you are going to be doing a lot of walking.

6. A member of Star Alliance

Turkish Airlines can be a great use of points and miles given their impressive product and incredible route network. Fortunately, they are a member of Star Alliance meaning you can earn miles in programs like United Mileage Plus, Air Canada Aeroplan, Singapore Airlines KrisFlyer and Lufthansa Miles & More when flying Turkish Airlines. You can also redeem miles in these programs for flights on Turkish Airlines.

Related: How to redeem points and miles for Turkish Airlines business class

7. They are slowly improving their business class seats

While they are generally a solid airline, a common complaint about Turkish Airlines is that the business class seat on the majority of their aircraft have lie-flat seats, but in either a 2-2-2 or 2-3-2 configuration some passengers do not have direct aisle access and there's very little privacy or storage.

Middle seats in business class are terribly outdated, but fortunately, Turkish Airlines new Boeing 787 Dreamliner and Airbus A350 aircraft feature a much better business class seat with all passengers enjoying direct aisle access, privacy and storage. If possible, aim for one of these aircraft instead of the A330 and B777 planes with the older style seat.

8. You will want to arrive early for their Istanbul lounge

Turkish Airlines has an excellent lounge at their Istanbul (IST) hub. Along with thousands of square feet of space, there are loads of different cooking stations where lounge staff are constantly whipping up excellent fresh Turkish food. I especially love their Turkish ravioli, which is hand-rolled, cut and cooked right there in the lounge.

If you see fresh pide coming out of the oven, be sure to grab some quickly. This delicious Turkish flatbread snack tends to be snapped up quickly.

Related: Oh my gözleme: A review of the Turkish Airlines Business Lounge in the New Istanbul Airport

9. Istanbul is a brilliant stopover city

If you've never visited Istanbul, you should consider it as it's a wonderful city to visit and a great stopover option. It's a mix of East meets West - technically, the only major city in the world that straddles two continents - Europe and Asia. It has 2,500 years of history and culture, 3,000 mosques, vibrant nightlife, and it is considered one of the most exotic cities in Europe.

Check out Topkapi Palace, the Grand Bazaar, the Blue Mosque and especially Hagia Sophia, which was built as an Orthodox cathedral in 537.

Istanbul Airport is around 60 minutes from the center of Istanbul so you will likely need more than one night to explore this enchanting metropolis.

Related: Second Cities: The best destinations to add onto a trip to Istanbul

10. Domestic flights can be of incredible value

Turkey is a surprisingly large country, and unless you fancy long drives in a car or bus covering traveling by air could be your best option. Even though Turkish Airlines is full service, they often have astonishingly cheap domestic fares within Turkey and frequent schedules so no need for 6 a.m. flights if you don't want them.

Flights from Istanbul (IST) to Ankara (ESB) and Antalya (AYT) are $30 or less each way every day for the next month, for example.

Business-class fares can be as low as $80 or so, and you can enjoy the excellent domestic business class lounges Turkish Airlines have in Istanbul as well as around the country.

I've flown Turkish Airlines many times and they are an excellent airline. They have managed to build a global hub in Istanbul that rivals the big hitters in the Middle East, even though they might not receive quite the same amount of publicity or name recognition.

I really love their food and the lounges in particular. The design of their hub in Istanbul usually requires miles of walking, although that does mean you can enjoy more delicious food both in the lounges and onboard.