Second Cities: The best destinations to add onto a trip to Istanbul 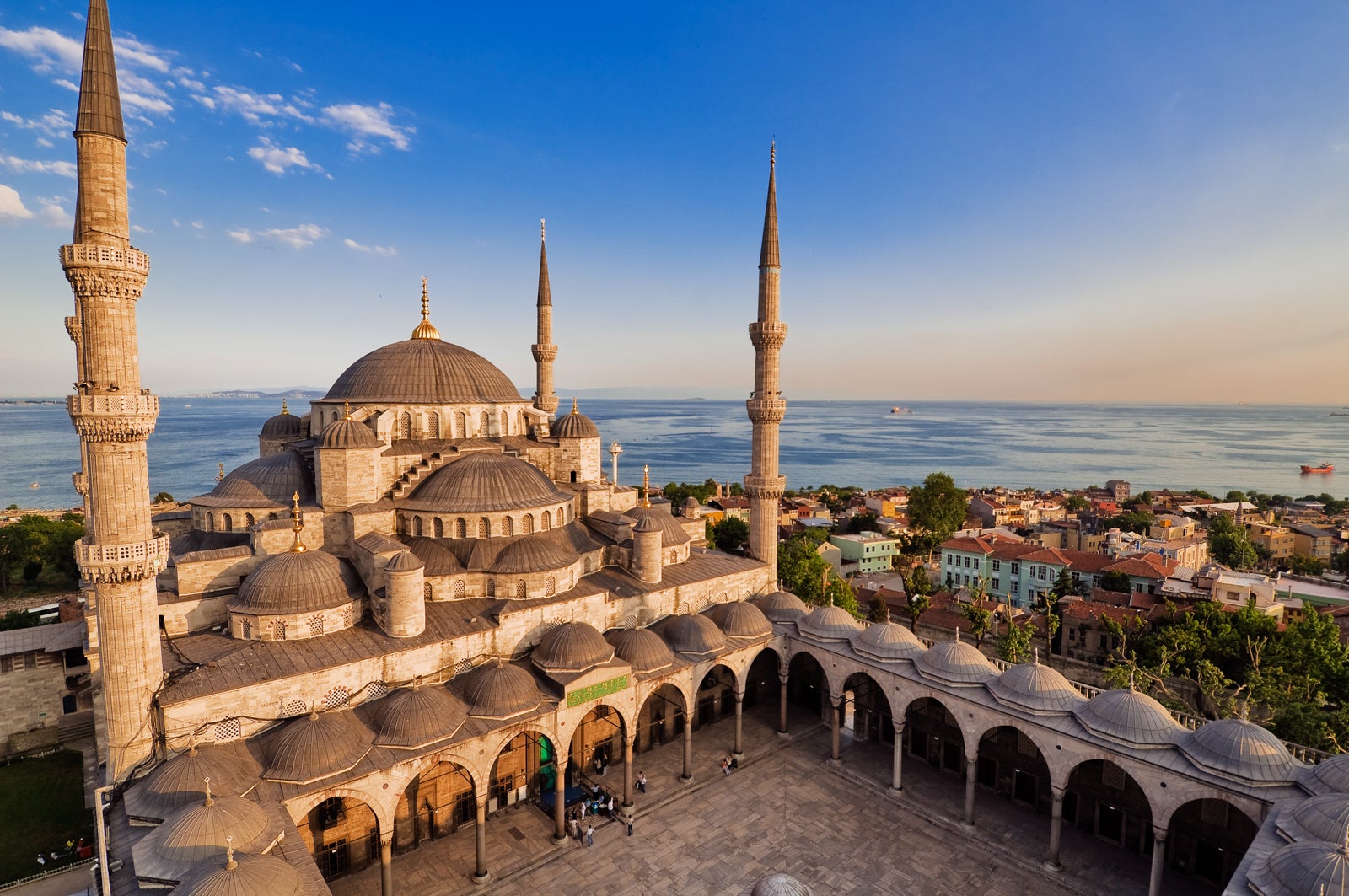 Welcome to TPG’s Second Cities series, where we help you find amazing places that are only a couple of hours away from your original destination. This is the way to get the most out of your itinerary and visit destinations that see fewer tourists but deserve attention.

No city in the world compares to Istanbul. Sprawled across two continents and bisected by the Bosphorus Strait (a body of water as likely to teem with covert submarines as leaping dolphins), Istanbul is the cultural heart of Turkey. The birthplace of empires contains layers and layers of history. About 18 million residents contribute to the present-day buzz and churn of the cosmopolis.

Related: Planning the perfect Turkey layover on your trip through IST

But Istanbul is only a piece of Turkey. Add a side trip to deepen your experience in this complex country. With two major airports, Istanbul Ataturk Airport (IST) and the Sabiha Gokcen Airport (SAW), Istanbul allows you to connect to the east with a trio of second cities on or near Turkey's Mediterranean coast.

Listen to the Miles Away podcast episode on Istanbul here

The city of Izmir might be the axis of Turkey’s mid-Aegean region, but the nearby town of Selçuk has all the charm without the city crowds. Selçuk has wide boulevards lined with orange trees and ancient ruins sprinkled throughout the town center.

Getting there: Selçuk can be reached via an hourlong flight to Izmir (ADB) from IST or the smaller SAW on the Asian side of Istanbul, using Turkish Airlines or the budget airlines Pegasus and AtlasGlobal. A train departs from Izmir airport and takes you directly to Selçuk.

Where to stay: There are many cozy guesthouses and bed-and-breakfast hotels around Selçuk. Homeros Pansiyon is a family-owned bed-and-breakfast with local carpets and textiles covering the dark-wood interior. Ephesus Palace is a more traditional hotel, decorated in a Ottoman-inspired style. If you’re looking for high-end accommodation on the beach, stay just outside of Selçuk on Pamucak Bay at The Palm Wings Ephesus Beach Resort, which has outdoor pools and a private section of beach.

Related reading: A review of the Bodrum Edition in the Turkish Rivera

What to see and do: Selçuk is the main gateway to Ephesus, an ancient Roman port city dating to the 10th century BCE. Explore the striking remains of the Library of Celsus and the Great Theater. Ephesus is also the location of the Temple of Artemis, one of the seven wonders of the ancient world which today remains as a single column. The comprehensive Ephesus Archaeological Museum in Selçuk holds artifacts, statues, and other items that have been uncovered at the site. If you’re in Selçuk on a Saturday, wander through the colorful weekly market.

For the remains of a more contemporary civilization, head to the hills to Şirince, a cobblestoned village that used to be inhabited by Greek residents before a population exchange between Greece and Turkey in the 1920s. Sirince is famous for its locally made fruit wine, and its streets are lined with merchants selling handicrafts and homemade olive oil.

If you’re looking for some beach time, the coast at Kuşadası is a short ride from Selçuk. Pamucak Beach, which is outside the center of Kuşadası and located closer to Selçuk, is a particularly nice stretch of sandy shoreline.

Antakya in southwest Turkey offers rich cuisine and culture, from the silky tahini hand-ground by the local hummus maker to the sprawling and comprehensive Hatay Archaeological Museum. Located between the Mediterranean coast and the Syrian border, Antakya is celebrated for its food.

Getting there: Antakya is a direct 85-minute flight from Istanbul to Hatay Airport (HTY). Both Turkish Airlines and the budget Pegasus Airlines have flights from IST and SAW.

Where to stay: For centrally located lodgings, stay at Kavinn Butik Otel, an old stone house with comfortable rooms and a sprawling Turkish breakfast in the morning. Jasmin Konak is another hotel in a traditional stone house with a large and sunny courtyard. For more luxurious digs, check out the five-star Güngör Ottoman Palace.

What to see and do: The main attraction in Antakya is its extraordinary cuisine, heavily influenced by its proximity to Syria’s flavors and the Mediterranean’s abundance. Stop for breakfast at Humuscu Ibrahim Usta, a tiny spot with no atmosphere but Ibrahim himself behind the counter, crushing garlic with a mortar and pestle. Try bakla, a thick mash of fava beans, and cevizli biber, a sweet and tangy puree of red peppers and homemade pomegranate molasses, as well as Ibrahim’s famous hummus with a side of okra pickles that snap with vinegar.

Swing by Avlu Restaurant for a full dinner of local meze (small shared dishes). Turkish classics like smoky eggplant salad are paired with local hummus drenched in burnt butter or a salad of herbs and green olives sticky with sour molasses. Wash it all down with a glass of Antioche red, the local wine.

When you’re ready to walk off some of that hummus, make your way to the Hatay Archaeological Museum and its impressive collection of Byzantine and Roman-era artifacts and mosaics. Over the centuries, empires and ethnicities have passed through Antakya (known in the past as Antioch), and the deep marks of that long history are presented in the recently renovated museum. It’s easy to be awed by the comprehensive exhibits.

Big enough to have the blandishments of a city but cozy enough to maintain its languor, Kaş shows off the best of Turkey's Mediterranean culture. Come to Kaş for seaside meze restaurants, third-wave coffee shops, a lively central square, and secluded bays with calm turquoise water lapping the beaches.

Getting there: The main hub for the Mediterranean region is Dalaman Airport (DLM) and there are frequent 75-minute flights from both of Istanbul’s airports (IST and SAW) on Turkish Airlines, Pegasus, and AtlasGlobal. From Dalaman, take an airport transfer for the 90-minute drive to the center of Kaş.

Where to stay: Kaş contains all sorts of accommodations, from small boutique hotels to large luxury options. Mandalina Suites offers high-end rooms with sweeping sea views from Kaş’s Çukurbağ Peninsula. It has suites with pools and suites perched on the waterfront. Close to the city center with an excellent view of the Greek island of Kastellerizo is the Gardenia Boutique Hotel. A quiet boutique option is the Mavilim Hotel, which has a pool and private access to the sea.

What to see and do: Kaş is the perfect place to learn scuba diving, curl up with a book on a turquoise bay or hike through ancient Lycian ruins. The underwater world offshore from Kaş is speckled with sunken cities, ghostly shipwrecks and reefs dotted by bits of ancient pottery. A profusion of scuba schools makes it easy to go diving even if you have no experience at all. If you’d rather stay above the water, rent a canoe and paddle to Kekova, an uninhabited island surrounded by a half-sunken Lycian city.

To explore more of Lycia on foot, strap on your hiking boots and follow the Lycian Way, a marked trail that passes through the center of Kaş. The entire trail takes about 30 days to hike and Kaş is the halfway point, but it’s easy to do day hikes from Kaş that follow the trail markings.

Spend the day outside of the city center and catch a water taxi to one of the many quiet bays across from Kaş’ harbor. The bays of Limanağzı have beach chairs and umbrellas for rent, letting you spend a lovely day lying in the sun and swimming in the clear Mediterranean Sea.