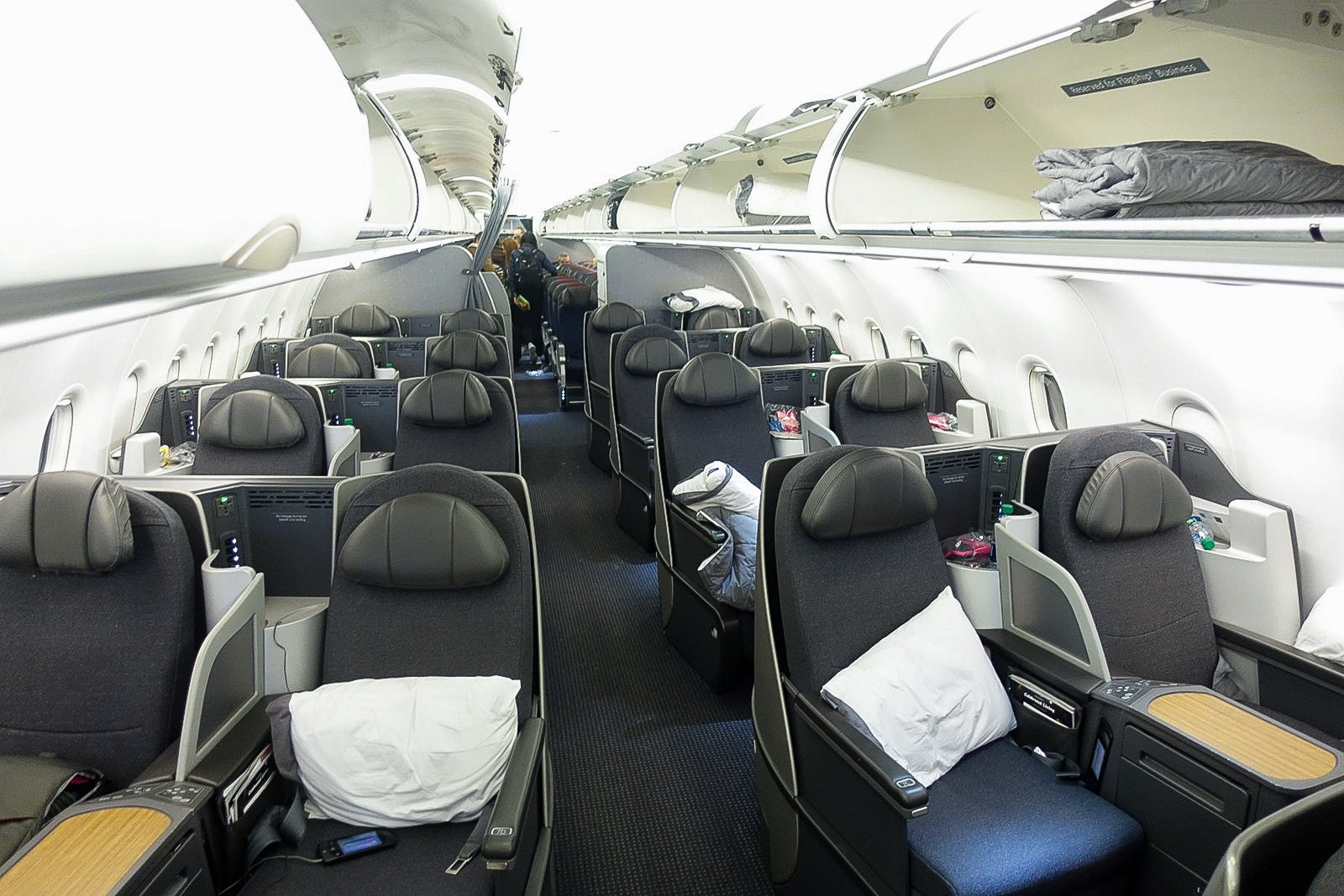 </em></strong><em>As the travel industry reopens following COVID-19 shutdowns, TPG suggests that you talk to your doctor, follow health officials' guidance and research local travel restrictions before booking that next trip. We will be here to help you prepare, whether it is next month or next year.

American Airlines is on a roll.

On Friday, TPG discovered that American's 5,000-mile economy Web Special awards are back. Today, we're seeing that business and first class Web Specials have returned as well, with some incredibly enticing deals for those traveling coast-to-coast.

You can currently book domestic business and first-class awards from just 15,000 American AAdvantage miles each way. That's equivalent $210 based on TPG valuations – in other words, the price of coach.

The low rates are available for travel from late September through the end of the booking window in August 2021. Even better, Web Specials awards are included in American's new no-change-fee policy.

To book, either do an award search directly on American's website or use the American Airlines Award Map. With this tool, you can enter your origin and preferred travel dates, preferred cabin and leave the destination open as "Continental U.S" to see the full list of discounted awards.

You can also use American's calendar function and filter your search to only show Business/First class to find the cheapest dates.

The cheapest awards are available for one-stop cross-country itineraries, such as from San Francisco (SFO) to Long Island/MacArthur (ISP), and start at 15,000 miles each way for first class. These flights typically only offer standard domestic first-class recliner seats.

However, for only 5,000 miles more, you can book Flagship Business on premium transcontinental routes with lie-flat seats. This includes both New York (JFK) to Los Angeles (LAX)...

Although this route doesn't offer the full Flagship experience, 20,000 miles can also get you a lie-flat seat on a flight from Miami (MIA) to Los Angeles operated by a 777.

Departing from another city and still want the lie-flat experience? No problem. These rates are available out of other cities — including Boston (BOS), Philadelphia (PHL), Washington D.C. and more — as well and you can still opt to connect through an airport like New York-JFK to fly the three-cabin A321T.

The same rate is available out of Philadelphia as well.

Per the American Airlines award chart, domestic first-class awards greater than 500 miles ordinarily cost 25,000 miles each way (32,500 miles if the award includes travel on an aircraft with lie-flat seats and 50,000 miles for Flagship First) – and that's assuming you're able to find saver availability. So, you can easily save 50% or more through these web specials.

There is a risk with booking travel now in that there's no way to guarantee when things will return to normalcy. While all states have at least partially reopened, several have a mandatory, 14-day quarantine order in effect for visitors. If you're booking this deal, know that New York and New Jersey have mandatory quarantines for travelers entering from high-risk states — including California. If the situation does not get better soon, you may end up being forced to change or cancel your trip. On the bright side, you'll no longer be on the hook for any fees if you wish to cancel your award and reinstate miles.

Related: New York will quarantine travelers upon arrival from these states and territories

Keep in mind that for the foreseeable future, service onboard is reduced and that the ground experience — with some lounges closed or without hot food and amenities — will also be different than usual. Although American still sells Flagship First, it has eliminated much of the ground and onboard elements that differentiated it from Business. There is no date yet for when differentiated service may return.

Related: Is American Flagship First still the most exclusive domestic flight during the pandemic?

There are a variety of ways to earn American miles — from AA-operated flights to trips on Oneworld airlines to various non-travel partners. However, one of the best ways to boost your American Airlines AAdvantage balance to score a few free trips is by adding one of these cards to your arsenal:

When paying the taxes and fees on your award ticket, be sure to use a credit card that earns additional points on airfare purchases and offers travel protections in case anything goes wrong. Cards that fit the bill include The Platinum Card® from American Express, Chase Sapphire Reserve, or the Chase Sapphire Preferred Card.

Related: The best credit cards for paying taxes and fees on award tickets

All screenshots courtesy of American Airlines.