You can visit London, Geneva, Frankfurt and the Greek islands for $550 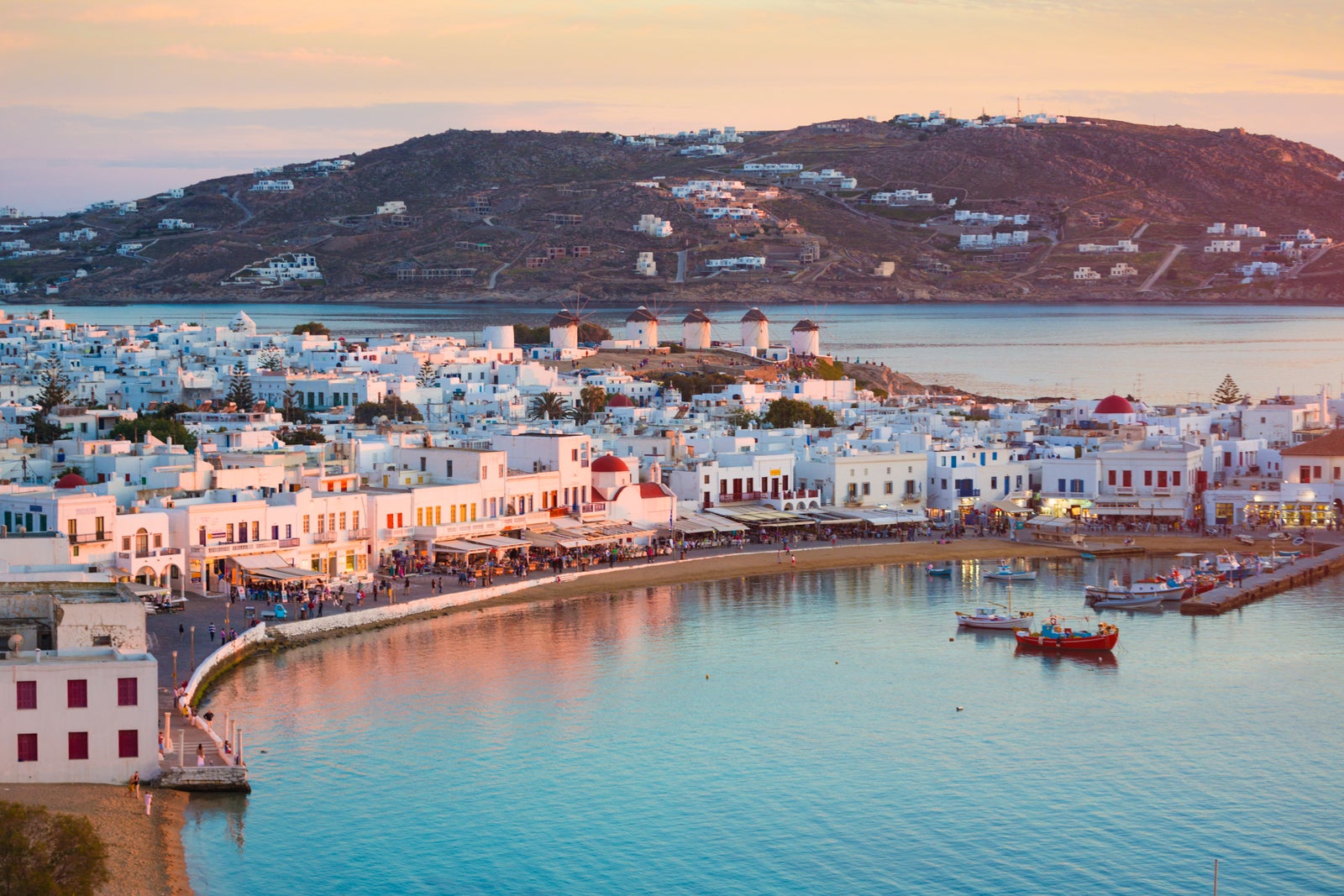 By this time next week, all of Greece’s COVID-19 entry restrictions will be suspended. As the country gears up for what’s projected to be a busy summer travel season, the Greek islands are sure to be one of the most sought-after destinations.

Anyone who has ever looked at booking a trip to Greece’s beautiful islands, though, knows a ticket there can come at a hefty price.

For that reason, the deals some airlines are offering for limited parts of 2022 to islands like Mykonos and Santorini caught our eye.

A round-trip ticket to Greece from numerous U.S. cities could normally set you back well over $1,000. We found a limited number of itineraries that are going for $500 to $600 this year. Now, a word of caution: To tap into the savings, your trip timeline may need to be flexible enough to roll with whatever the airline is offering in terms of cheap travel dates. You may also need to be prepared for a layover (or, on the brighter side, a visit) in a city — or two — along the way.

TPG first learned of these deals from Scott’s Cheap Flights, which offers a premium membership that alerts readers to discounted fares, starting from $49 per year for economy-class deals and $199 per year for an elite membership, which also includes first-class, business-class and premium economy deals.

Airlines: American Airlines, British Airways and a combination of Star Alliance partners.
Routes: New York and Washington, D.C., to Mykonos and Santorini.
How to book: Directly through the airlines or through Google Flights.
Travel dates: September through October, or ASAP if you can swing it.

The deals that caught our eye were round trips between $500 and $600, which we primarily found out of Dulles International Airport (IAD) and John F. Kennedy International Airport (JFK). The deals are showing up during September and October, but they’re not widespread. In other words, you’re not going to be able to just pick your travel dates during those months and be sure the airlines are offering great deals on those dates. Rather, you may need to see when the deals are being offered, book your flights and then plan your trip around those dates.

That being said, there are a lot of days during those months where you can find flights in the $600-to-$800 range which, frankly, compared to what we’re seeing for much of the summer is still a great bargain.

Here are some of the itinerary options we found:

We’ll start by taking a look at an itinerary out of New York. These flights are all on British Airways, for the $536 round trip in mid-October. You kick off the trip with an overnight from JFK to London's Heathrow Airport (LHR) on a Boeing 777. After an hour-plus layover, you have a four-hour haul to Mykonos.

Now, as is going to be the case with a number of itineraries, in order to get the great fare, you’re going to need an appetite to spend some time in an additional European city. Is that a bad thing, though? In this case, you’ll get to Heathrow for your connection just before 9:30 p.m. on the way home. You’ll have to spend the night in London before departing at 3 p.m. from London Gatwick Airport (LGW) the next day. It’s not terribly convenient, but, hey, it gives you a chance to have breakfast in the city and do a few hours of sightseeing before heading back to the airport for the final leg of the trip.

For those travelers looking to depart from our nation’s capital, there are more itineraries available. The flights departing from Dulles International Airport (IAD) tend to involve a combination of Star Alliance partners. While some might find the number of layovers on this trip excessive, I think these stopovers provide a great way to see a bunch of European cities at a relatively affordable price.

Related: See 2 cities for the price of 1 with stopovers

So, here goes: You’ll leave Dulles late Wednesday night on United for an overnight flight to Heathrow, arriving midmorning Thursday. Then you have the whole day Thursday to explore London, spending the night in the city. Friday, you leave just before 9 a.m. on Swiss Air for a short, 90-minute flight to Geneva on Swiss Air. You’re there by 11:30 a.m. You spend all of Friday afternoon exploring Geneva, spending the night there.

Then, you depart Geneva at 7 a.m. Saturday for a flight just under three hours to Mykonos, where you’re finally done traveling and able to spend however many days you’ve planned exploring the Greek islands!

On the way home, it’s a bit simpler. You take an evening flight from Mykonos to Frankfurt Airport (FRA) on Lufthansa, arriving about 8 p.m. You’ll have to spend the night in Frankfurt, and then you have some time to relax the next morning before catching your long-haul flight back to Dulles on Lufthansa at about 1 p.m.

I’ll highlight one more itinerary, because it’s the exception in this story. While most of the deals I found were in the fall months, I also found a few options for around $500-plus if you’re willing to head to the Greek islands right as they’re opening up. Lufthansa has a round trip from Dulles to Mykonos for $514 with a May 4 departure. It’s a lot more straightforward, too. You have a three-plus-hour layover in Munich Airport (MUC) on the outbound trip; you’ll have to spend the night in Munich on the way back, but you do get a pretty full day in the city before catching your 4:35 p.m. flight back to D.C.

The information for the Citi Prestige card has been collected independently by Million Mile Secrets. The card details on this page have not been reviewed or provided by the card issuer.

A note about COVID-19 restrictions

While Greece does plan to shed its COVID-19 restrictions at the start of May, they might not be gone for good — and, in fact, could be back by the time your trip arrives if you book for this fall. Greek tourism officials have suggested some measures may return in September, after the busy summer travel season.

It will just be something to keep an eye on as you consider travel to the country later this year.

The Greek islands are likely to be in high demand in 2022, and many of the flights reflect that, with high pricing. If you’re hoping to get there affordably, though, you can find a deal. You just have to be willing to be flexible with what the airline offers in terms of trip dates, and in some cases, be willing (maybe even excited) to visit a couple extra European cities along your journey.