Articles
Caroline Tanner covers news and travel for TPG. She is a journalism graduate of Mizzou and Northwestern.
Follow
Sept. 29, 2021
•
6 min read 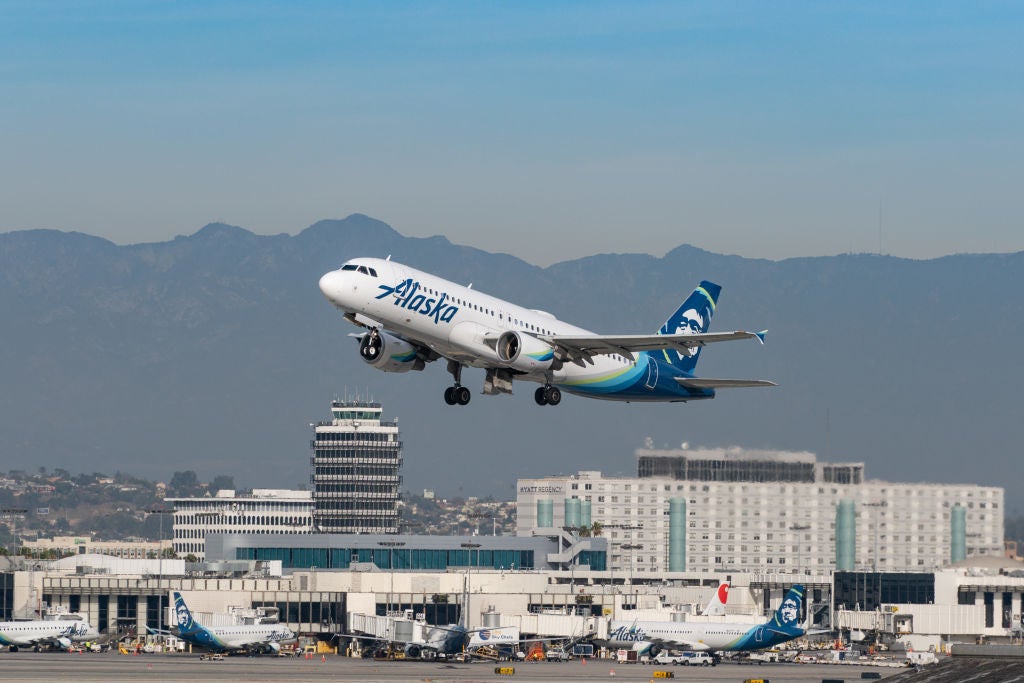 Deal alert: One-way fares starting at $39 via Alaska Airlines fall sale
This post contains references to products from one or more of our advertisers. We may receive compensation when you click on links to those products. Terms apply to the offers listed on this page. For an explanation of our Advertising Policy, visit this page.

As if you needed another reason to love fall even more, how about we "do fall right with a low-fare flight" courtesy of Alaska Airlines' Just-Leave Sale?

"Book an autumn adventure now before these low fares fly away," says Alaska Air, which is currently offering one-way deals for travel booked now through Sept. 30. Saver fares are available ranging in price from $39 to $129 each way, departing from 91 U.S. cities to various West Coast cities including Los Angeles, Seattle, San Francisco and Portland, Oregon.

Airline: Alaska Airlines.
Routes: AUS/ORD/DEN/JFK/DAL and others to LAX/SFO/PDX/SJC/BOI/SJD/SBA and others.
Cost: Starting at $39 each way for select routes.
Dates: Varies by route, but deals can be found for travel through March 2022.
Pay with: The Alaska Airlines Visa® Business card or Alaska Airlines Visa® credit card to earn an unlimited 3 miles for every $1 spent on eligible Alaska Airlines purchases. If you're not an Alaska loyalist, try The Platinum Card® from American Express for 5x on airfare booked directly with the airline or through American Express Travel (on up to $500,000 on these purchases per calendar year), the Citi Prestige® Card for 5x on airfare, the Citi Premier® Card or Chase Sapphire Reserve for 3x on air travel, the American Express® Gold Card for 3x on airfare when booked directly with the airline or through Amex Travel, or the Chase Sapphire Preferred Card for 2x on travel.

Some of the best routes included in Alaska's fall sale are:

Related: Why changes at Alaska Airlines have me switching my flying and credit card spending

Before you start your search, which you should do ASAP as you must book your travel by Sept. 30, note that the sale is restricted to certain terms and conditions, including blackout dates over the Thanksgiving and Christmas holidays. As always, Alaska's saver fares are nonrefundable, come with limited seat selection and mean you will be the last to board. A 24-hour cancellation policy applies to all fares, including these.

We will start with this nonstop flight from Austin (AUS) to Los Angeles (LAX) in mid-October for just $59 each way, a deal for a three-hour half-cross-country flight.

In booking a flight such as this, you'll be given the option to pay to upgrade to the main cabin for $80 round-trip. The choice is yours of course, but note that doing so would lessen the savings inherently offered by the fare price a bit.

Another great flight for our friends departing from the Midwest is this flight from Chicago (ORD) to San Francisco (SFO) for $79 each way, Oct. 16-23.

And of course, West Coast travelers are likely to find fares to their liking to other West Coast cities, including travelers in Denver (DEN) looking to go northwest to Seattle (SEA). Fifty-nine dollar one-way, nonstop flights from DEN to SEA and SEA to DEN are plentiful starting in October, as illustrated by the flight below departing DEN Oct. 19 and returning Oct 26.

The $39 flights are the lowest in this deal, and the majority I found were for flights up the West Coast, such as the one-hour flight from San Diego (SAN) to Santa Barbara, California (SBA), over MLK Day weekend in January.

Passengers on Alaska Air flights are allotted one carry-on bag plus one personal item. Checked baggage starts at $30. All in all, this wide-ranging sale of mostly nonstop flights is a great deal. Catch it before it expires in one day!

Featured image by GC Images
Editorial disclaimer: Opinions expressed here are the author’s alone, not those of any bank, credit card issuer, airline or hotel chain, and have not been reviewed, approved or otherwise endorsed by any of these entities.