Articles
Clint Henderson is the managing editor for news at TPG. He worked in TV news for 20 years, including stints at ABC, MSNBC and Fox, before landing his dream job. Send tips to Clint.Henderson@thepointsguy.com.
Follow
Sept. 19, 2021
•
5 min read 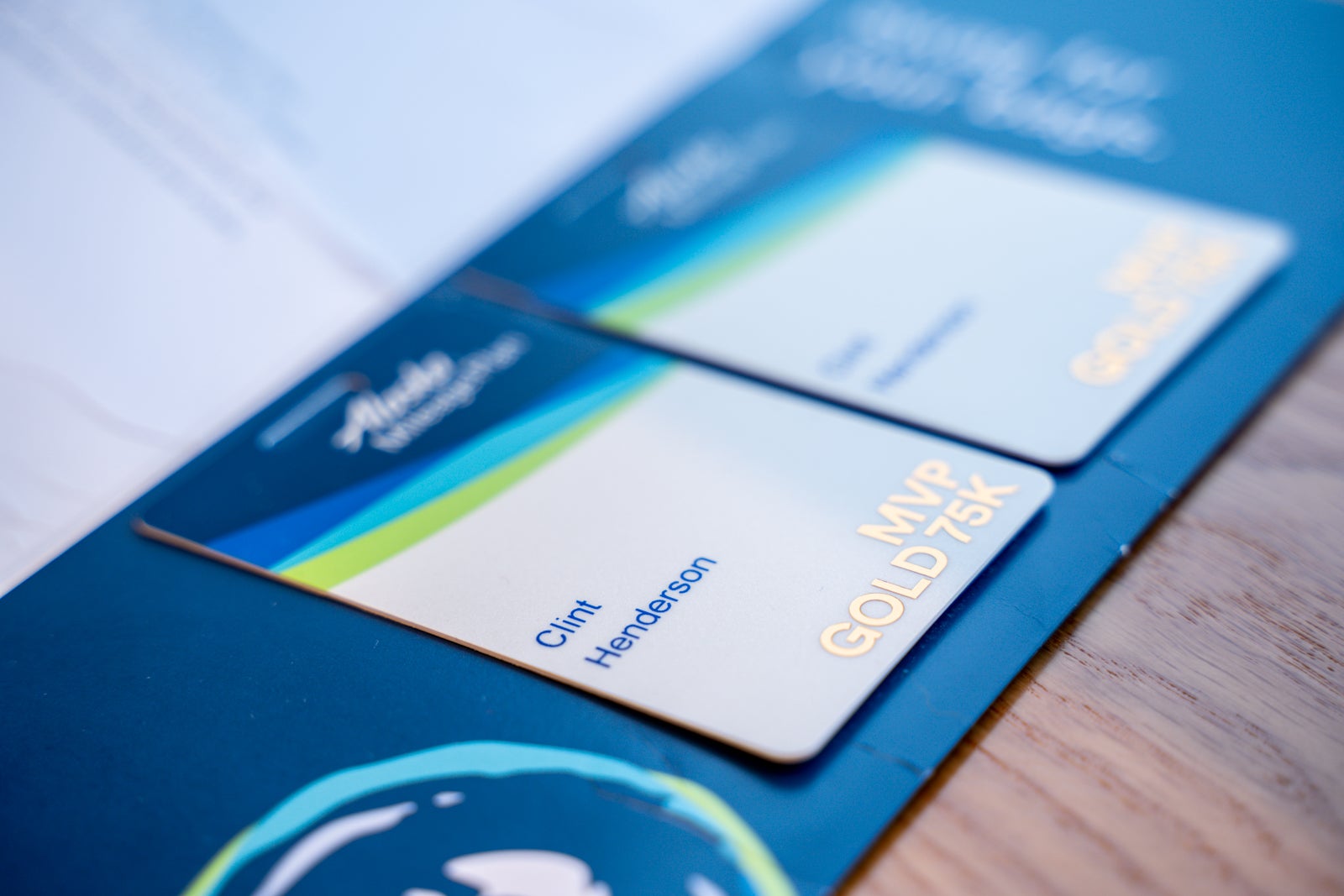 Big news from Alaska Airlines as the airline announced an easier path to status, a new elite top-tier level and the extension of a way to boost status with credit card spending.

The biggest news for me personally, at least in the short term, is the ability to earn EQMs for credit card spend for the next few months. Somehow I had missed that news when Alaska first revealed the promotion back in June. Note, this is a targeted promotion.

That means I will temporarily switch my spending from my Delta SkyMiles® Reserve American Express Card to my Alaska Airlines card.

This offer is targeted. Language in the emails about the promotion suggests it "is limited to customers receiving this email."

Indeed, when I reached out to Alaska for clarification, they confirmed it is a targeted offer.

Also note that if you qualify for MVP Gold 75K via card spend, you will not receive the 50,000 Alaska Mileage Plan miles that members get for qualifying for top tier status each year.

With my current EQM balance of over 74,000 Alaska Mileage Plan EQMs, that's almost enough to take me over the top to the new 100K tier on Alaska Airlines. I'm not sure I'll be able to spend that much on the Alaska card in the next few months, but I should be able to get a fairly healthy boost.

The new 100K tier for Mileage Plan will also propel me to fly many more Alaska Airlines flights this year than I was planning, so I can qualify for the new highest tier.

According to an email sent to elites last week, “earning more than 100,000 elite-qualifying miles, with a minimum of 24 segments on Alaska in 2021” means I will be eligible for MVP Gold 100K status for 2022.

I had been flying Delta again since I already earned top-tier Alaska Gold 75K status this year and Delta flies from Butte Montana's Bert Mooney Airport (BTM). Now that there will be a new higher tier, I will definitely be flying more on Alaska.

Right now, Alaska has also been offering several great deals including a current buy one, get one free promotion in coach or 10% off first-class flights.

I also really love earning double EQMs on all my flights this year. Alaska has extended the promotion several times this year and it now runs through Jan. 31, 2021.

With a spend promotion to earn status by using my Alaska Airlines Visa, and bonus EQMs for Alaska flights, I should easily be able to qualify for the new top tier Alaska 100K status for 2022. It's rekindled my love for Alaska and makes me glad I didn't close that card after getting the initial sign-up bonus.

Related stories
Real ID requirements for air travel in US delayed until 2025
Another major cruise line to sharply hike onboard fees
Save money with these travel-related offers on your credit cards this month
Use these shopping portal bonuses to earn extra miles this holiday season
Featured image by (Photo by Wyatt Smith/The Points Guy)
Editorial disclaimer: Opinions expressed here are the author’s alone, not those of any bank, credit card issuer, airline or hotel chain, and have not been reviewed, approved or otherwise endorsed by any of these entities.