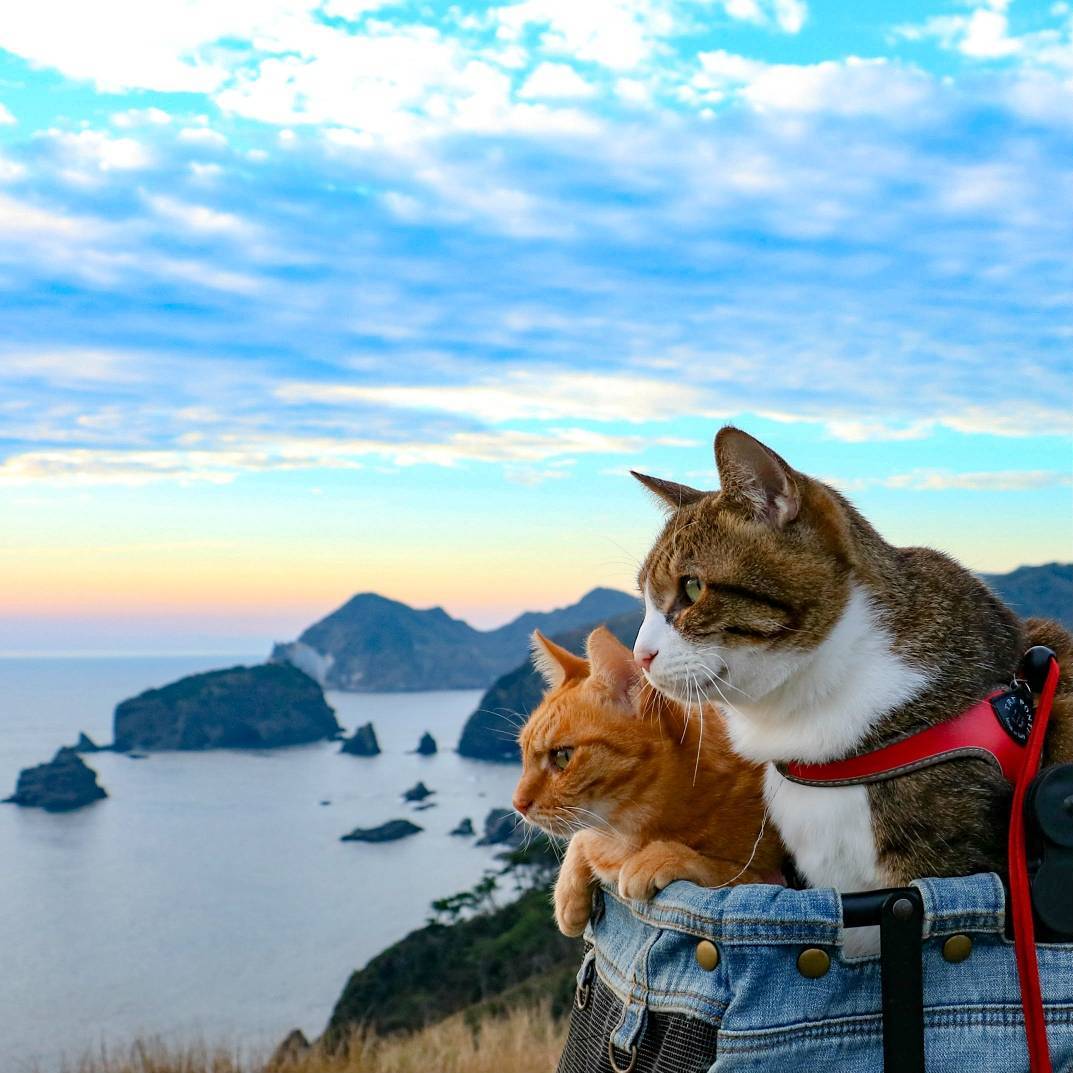 Instagram has proven to be the go-to platform for inspiring wanderlust through photos of cities, food, people — and even the furry animals we keep close to our hearts, our pets. While we often turn to popular pet feeds like @nala_cat, @jiffpom and @itsdougthepug for a fix of the adorable on the ‘gram, there are several traveling animals with Instagram accounts worth following for their globetrotting adventures. Most of these pets are taking the world — and Instagram — by storm one post at a time. (Don't believe me? Just take a look at TPG’s favorite frequent flier Miles— one of many traveling pets who have trekked through big cities and beaches around the world). Here, eight traveling pets you should be following on Instagram.

Willow is one lucky cat: For the past three years, she has been traveling around Australia with her owner, Rich, in a campervan. She is a rescue cat can often be found posing for the camera — that is, when she’s not taking a snooze. She loves treats and will do anything for a snack and some catnip. It’s clear that she’s dedicated to Rich and their travels around Australia together bind them together for life. After Willow was rescued, it became clear that they'll never leave each others side.

This globetrotting English bulldog from Vancouver, Canada is the greatest co-pilot anyone could ask for. His owner, Brad Friesen, is a helicopter pilot, so Mr. Bentley gets to travel around putting smiles on faces everywhere. Take a look at his Instagram and you'll see he’s the best-dressed pup around — often wearing costumes or a jacket to stay warm; and if you get the chance to meet him, don’t be surprised if he’s walking backwards: This is just how Mr. Bentley likes to stroll. Nothing better than following a backward-walking, high-flying bulldog.

This Italian chihuahua has pranced on all corners of the globe. Miami was adopted by his owner, Marianna Chiaraluce, after his health problems meant he couldn't take part in dog competitions. Now, he is one of the hottest pups on the 'gram, seen everywhere from NYC to Santorini to Notre Dame. Since his Instagram page was launched, he has visited nearly 20 US states and numerous countries in Europe — and always accompanies Marianna on all her travels.

With an astounding 1.6 million followers, Loki is a husky/arctic wolf/malamute mix that lives in Colorado with his owner, Kelly Lund. Lund started this page for his Loki when he was just four months old. Since then, the two have set out to inspire others to get out, explore their world and make memories with their pups. Find stunning pictures of Loki in breathtaking locations — from the Elk Mountains of Colorado to the rivers in California — on his page.

Daikichi and Fuku-chan are two rescue cats who travel the world by backpack, plane, bike, car, hot air balloon — you name it. They’re always ready for their close-up and actually seem excited to be captured in a beautiful setting. These fearless cats are the rescue story we love to see: fully enjoying the world and living their best feline lives. Be one of their 3,000+ followers and tag along as they take you on a picturesque journey through Japan.

Max and Louise are inspiring humans and dogs one post at a time, as stated in their Instagram bio. The pair of Parson Russell Terriers hail from France, currently live in Sao Paola and have already traveled to the beaches of Lisbon, the Greek island of Mykonos, the Leaning Tower of Pisa and Miami Beach. Based on their Instagram and blog page, these pups never miss an adventure with their owner Thiago Ferreira. What's more, their IG feed serves as a guide through some of the best dog-friendly hotels and beaches.

These two pups, Django and Chloe, are inseparable travel buddies. Literally! They haven't spent a day apart since they met five years ago. In-between belly rubs and playing fetch, these furry friends are busy exploring seven countries and counting — and sharing it all on Instagram with more than 16,000 followers.

Just like their owners, Kayleen VanderRee and Danielle Gumbley, these two rescue cats named Bolt and Keel love nothing more than exploring the outdoors. Cat lovers won't be able to resist after catching a glimpse of these outdoor cat-thusiasts who love sailing, canoeing, kayaking and hiking around Canada. If IG isn't enough, you can also keep track of their adventures on their YouTube page @Bolt and Keel.