Articles
Emily McNutt is The Points Guy's Global News Editor and is based in London.
Follow
Oct. 05, 2017
•
5 min read 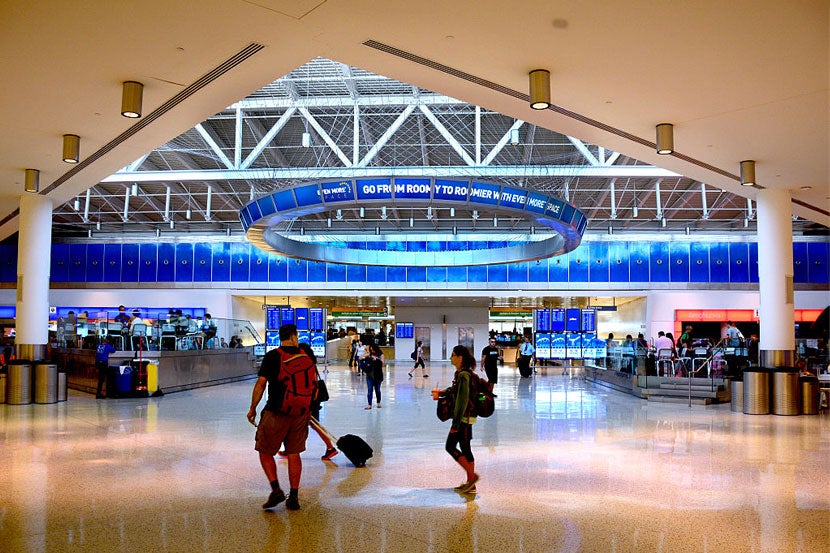 My Experience Booking a Ticket Less Than One Hour Prior to Departure
This post contains references to products from one or more of our advertisers. We may receive compensation when you click on links to those products. Terms apply to the offers listed on this page. For an explanation of our Advertising Policy, visit this page.

When I flew with Southwest on the new 737 MAX 8 on its first day officially operating, the last thing I thought about was the possibility that the aircraft would have to be swapped out due to a mechanical issue. Much to my surprise, that exact scenario did happen just before its second-ever revenue flight.

First, a bit of background: I booked three flights with Southwest for its inaugural day with the 737 MAX 8. The carrier was flying the new aircraft on the Texas Triangle, the original route Southwest operated when it launched service in 1971 — Dallas Love Field (DAL) to Houston Hobby (HOU); HOU to San Antonio (SAT); and SAT back to DAL. However, we never made it past HOU.

After a nearly three-hour delay, Southwest informed passengers that it would be swapping out the 737 MAX. At that point, I surely would have missed my connection from DAL to New York LGA. So, I took to Google Flights to see my options for getting straight from HOU to New York rather than finishing the last two legs of the Texas Triangle on a less interesting old-model 737.

At this point is was around 11:45am. The next available Southwest flight departed after 6:00pm, and I didn't want to wait around for more than six hours at HOU. I saw a nonstop from HOU to New York JFK with JetBlue that departed soon. Like, really soon — at 12:40pm. I hurried out of the grounded 737 MAX and instead of stopping by the Southwest ticketing counter, I hustled to the opposite side of the terminal where passengers were beginning to congregate to board. (It helped that I only had carryon luggage.)

I arrived at the counter around 11:55 when I heard the gate agent announce that boarding was going to begin at 12:05. I approached the very friendly gate agent, asking if it was possible to buy a ticket on the flight, explaining my situation in brief. Just a few weeks prior, I'd matched my Virgin America Gold status to partake in the Mosaic status match/challenge, granting me Mosaic status on JetBlue through the rest of the year.

I could feel that the agent's attitude got even friendlier and more willing to get me on the flight when I told her I was Mosaic. She said she'd give it a try, and sure enough, she was able to get in and purchase the last-minute ticket. She informed me that it cost $357 and I handed over my driver license and Platinum Card from American Express.

However, there was one issue — she had trouble actually checking me in. While the ticket had been issued and my credit card had been charged, there was one issue with the reservation. She attempted to call her manager but there was no answer. As we approached 12:05pm and passengers were congregating to board, the gate agent remained on the line on two phones — one on the Mosaic line and the other on the line with the airport support desk. She assured me that I would get on the flight.

After no luck on hold with the two lines, she gave up and tried calling her manager once again. This time, the manager answered and was able to sort out the issue on the back-end, allowing the gate agent to check me in to the flight. By the time it had all worked out — around 12:10pm — the boarding process had commenced and I was able to board without issue.

I think this worked out for me for a few reasons. First, I was already through security and didn't have to worry about waiting in the PreCheck line for security before getting to the gate. Secondly, I think that my Mosaic status really helped me in the situation. The gate agent was extremely friendly and wanted to help in any way she could to get me back to New York. Finally, I lucked out in the sense that there were seats available. Not only that, but there were Even More Space seats available, which I'm entitled to at a reduced rate as a Mosaic member.

Every last-minute ticketing scenario isn't going to work out. There are so many variables — there could be no seats available, you could get an agent who isn't as friendly and efficient as the one I got, or there could be an issue with processing your reservation. Thankfully, my situation worked out just fine and I was able to get home.