9 of the Most Instagrammable Places in Nashville 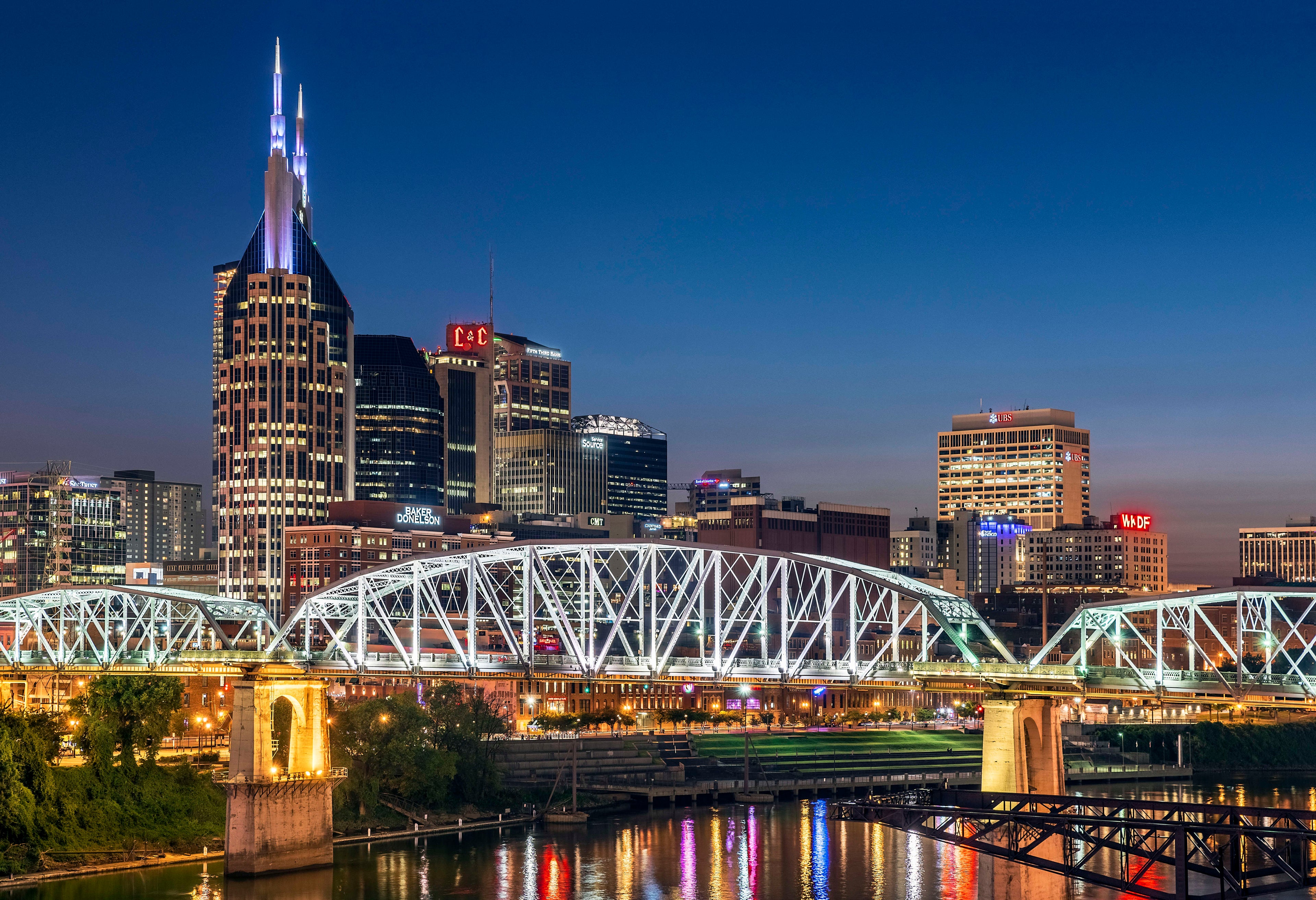 Nashville is the quintessential southern city — with a cosmopolitan twist. It's no wonder its nickname is Music City: You can find tunes at every corner. But there's so much more than music to be found here nowadays, with art galore and a food scene that rivals that of other world-class cities. Nashville's growing at a crazy rate too, with as many as 100 new people moving there each day, thanks in part to a booming tech scene. The city is loaded with picturesque views and destinations so the next time you're in town, check out some of the places your Instagram followers are begging to see.

It wouldn't be a trip to Nashville if you didn't see a show at the Ryman, the auditorium and concert hall that's the epicenter of all things country. In 2001, it was designated as a National Historic Landmark due to its role in the popularization of country music. The building is as beautiful on the outside as it is on the inside, and any angle of the Ryman will produce a 'gram post that will surely rake in the likes.

With live music playing from the moment the doors open until they close the next morning, this venue is one of Nashville's must-visit attractions. And with no cover charge, there's no excuse not to step in and do the two-step. The building itself is picturesque— it actually served as a hospital during the Civil War — and has remained relatively intact since its early days. If you're looking for a time capsule of country music and history, stop by Robert's Western World on Honky Tonk Highway.

Don't get confused when you see the Parthenon — you're not actually in Greece. Even though Nashville is hailed as the "Athens of the South," the Nashville Parthenon is just a replica of the famous Athens landmark. Constructed in the late-19th century during the Tennessee Centennial Exposition, it now serves as an art museum home to a collection of American art. Not surprisingly, shots of the Parthenon kill it on IG.

This truss bridge crosses over the Cumberland River, connecting downtown Nashville with the suburbs of East Nashville. It's one of the longest pedestrian bridges in the world, clocking in at more than a half-mile of walking. Due to its unique design, the bridge was placed on the National Register of Historic Places. Head over for a stroll — and the perfect Instagram post.

5. The I Believe in Nashville Mural

This beautiful mural captures the spirit of the city — an ode to its roots and the embodiment of the pride that all Tennesseans share. Created by DCXV Industries, the company now has apparel, prints and stickers with the image so you can sport Nashville pride even from wherever you are. Strike a pose in front of the mural and share away.

This former railroad terminal-turned-hotel is a must-see in Nashville, even if you're only stopping by for a quick drink. It's easy to see why it made the National Register of Historic Places. Its beautiful interior was turned into a luxury hotel in the early '80s and since then, the property has turned into one of the city's most-visited — and Instagrammable — places.

A post shared by Union Station Hotel Nashville (@unionstationnashville) on Jul 27, 2017 at 3:15am PDT

The alley gets its name from Nashville's early connection with the printing and publishing industry, once located in this very spot. It eventually turned into a burgeoning nightlife spot and has remained that way ever since. These days, if you're looking for a good hot dog after singing at one of the neighborhood's karaoke joints, Printer's Alley is the place to go.

Every inch of this 55-acre property will make the perfect Instagram post. On this beautiful 1930s-era estate, you'll find a Georgian mansion, botanical garden, woodland sculpture trail and an art museum. There are also amazing scenic views of Nashville's greener side for that perfect IG snap.

No trip to Nashville would be complete without visiting the Grand Ole Opry. It's known as the home of American music and as country's most famous stage for a reason — over the years, the venue has hosted some of country music's most famous hit-makers, like Loretta Lynn, Johnny Cash, Dolly Parton and Reba McEntire, among countless others.

What are your favorite places to Instagram in Nashville? Let us know in the comments, below.