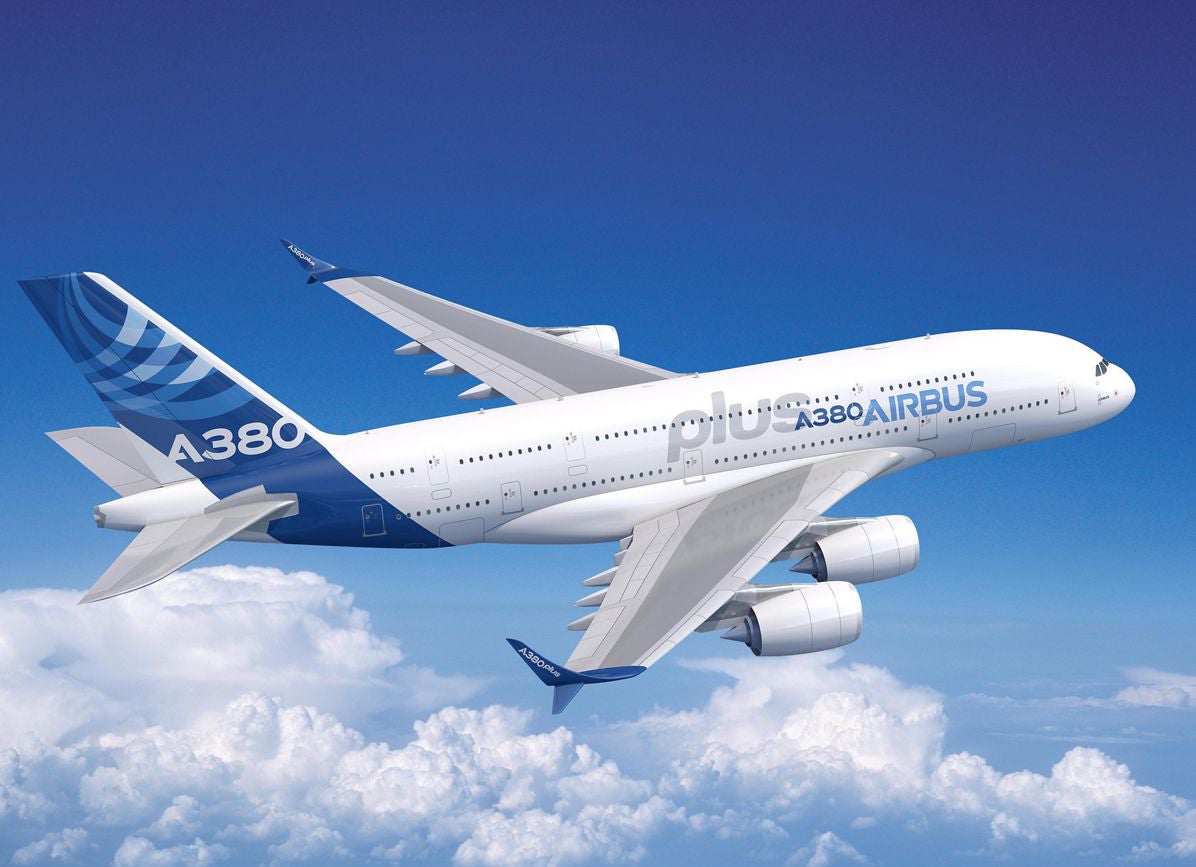 Airbus Considers A380plus With 80 More Seats, Better Fuel Efficiency
This post contains references to products from one or more of our advertisers. We may receive compensation when you click on links to those products. Terms apply to the offers listed on this page. For an explanation of our Advertising Policy, visit this page.

Is bigger better? That's what Airbus is trying to figure out. The aircraft manufacturer just released a new development study, timed to coincide with the start of the Paris Air Show, which describes the specifications and features for a new A380plus aircraft model.

The key features of the proposed A380plus include adding up to 80 additional seats to the already existing 497 seats in the average A380 cabin layout. The study does not propose changing the actual size of the airframe; the increase in seating would be accomplished via interior design changes, which Airbus refers to as "cabin enablers." These cabin enablers, which Airbus first publicly demonstrated at the Hamburg Aircraft Interiors Expo (AIX) in April, include replacing the Grand Staircase at the front of the cabin with a more compact New Forward Stairs, redesigning the rear stairs from a spiral configuration to a straight one and switching the economy cabin seat layout to 11-across in a 3x5x3 configuration, among other changes.

If 11 seats per row in economy sounds incredibly cozy to you, Airbus claims it can make it work while still maintaining the current 18-inch seat width. It manages to do this by reducing the aisle width to 17 inches and removing storage from the sides of the interior. Whether Airbus can actually pull this off and make the seats comfortable very much remains to be seen, as the current 3x4x3 configuration is already rather snug.

The other major change on the A380plus are new winglets that, along with other changes to wing design, would result in an improvement in fuel efficiency of up to 4%. That might not seem like a lot, but when you're powering an aircraft with a maximum take off weight of 578 tons, every drop of fuel counts. The proposed new winglets would measure 4.7 meters in height, an uplet of 3.5 meters and a downlet of 1.2 meters.

Taking into account all these improvements — which also include an optimized maintenance program with longer maintenance check intervals — Airbus' study projects a 13% cost per seat reduction over the current A380. However, the manufacturer has been having a great deal of trouble selling the current A380 model, and it's not clear whether a 13% cost improvement will be enough to increase sales. Earlier this month there were reports that Emirates, currently the world leader in long-haul aircraft, was in early negotiations to buy 20 more A380s. Those reports were later denied by the airline, claiming it had no immediate plans to purchase more A380s.

Airbus is not committing to building the A380plus just yet — but the release of this development study shows it's highly interested in gauging market and media reaction to these changes and hopes to reinvigorate interest in the model.

TPG Editor-in-Chief Zach Honig will be reporting from Paris throughout the week, and you can catch the action in realtime via his Instagram and Twitter feeds as well.