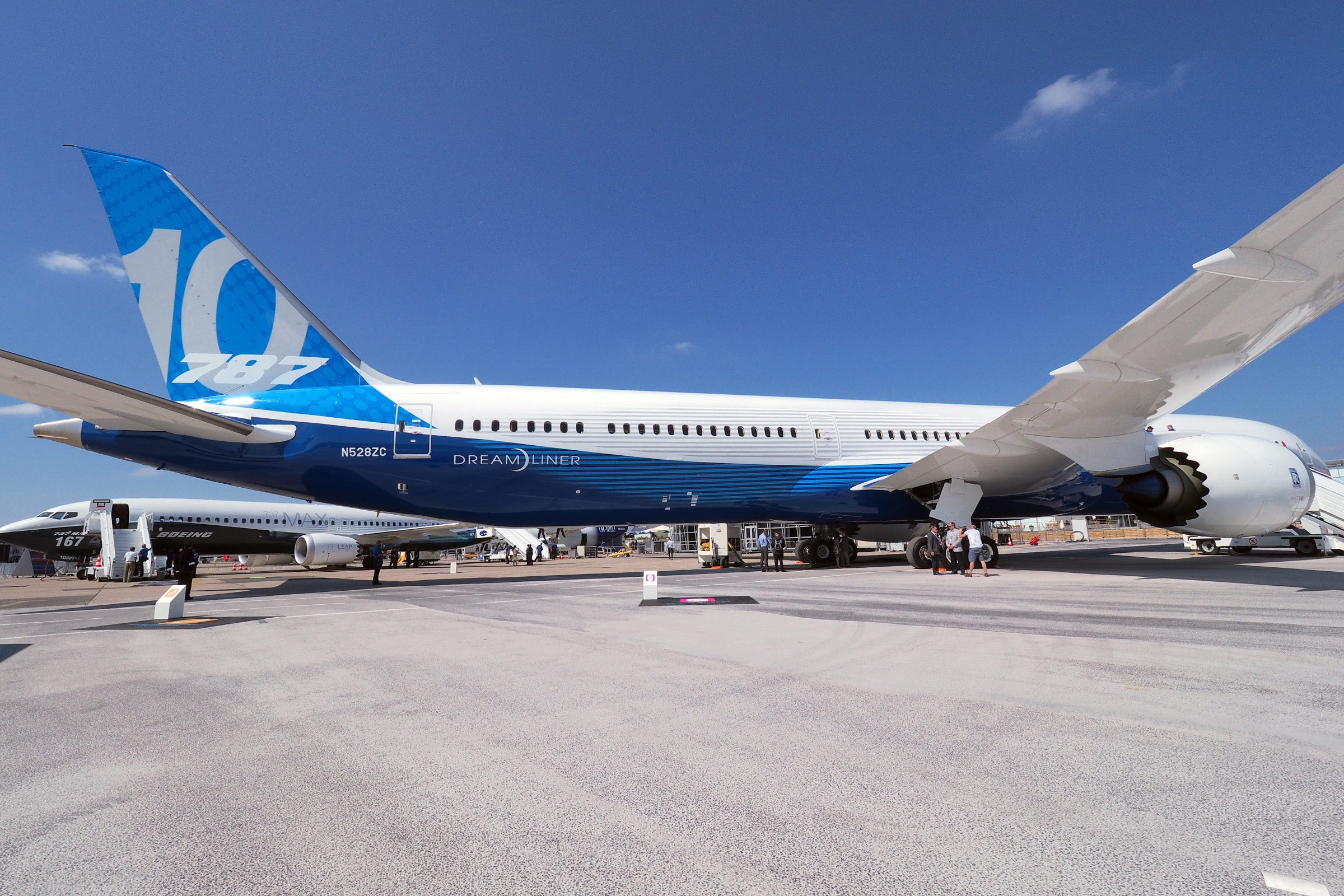 Can you believe it's been almost eight years since the Dreamliner's maiden flight? Boeing's latest wide-body plane even predates this site.

Today, nearly a decade after the original plane first rolled out of Boeing's Everett plant on July 8, 2007, the company showed off the interior of its extended-length Dreamliner, the 787-10, for the very first time.

The "dash-10" is just about 30% through its test program, so don't expect to see lie-flat seats installed just yet.

The cabin is pretty bare-bones, with 21 seats in the middle of the plane and three more up front, designed to transport Boeing technicians and other staff.

There's loads of legroom, though — Economy Plus Plus Plus.

Otherwise, everything's very much a work in progress, such as this exit door (yes, it's still safe to fly with it looking like that).

Even the light switches don't look anything like the finished product.

The cockpit is final, however — it should look awfully familiar to current Dreamliner pilots.

And the windows do dim, just like on the finished plane (and they're much darker than before).

At this stage, the focus is very much on testing the aircraft's systems — which should function more or less as expected, since the -10 is just a stretched version of the 787-9.

Right now, much of the rear cabin is dedicated to various testing rigs — which we unfortunately couldn't see up close on this visit.

There's test equipment everywhere, though — even on the windows.

Boeing's currently running through tests with three 787-10s, the first of which is appearing at this year's Paris Air Show. Boeing said the plane is performing as expected, and while it's too soon to provide confirmed stats, such as fuel-burn rates, the aircraft is expected to be roughly 25% more efficient than the planes it'll replace.

Currently, United Airlines is the only US-based carrier to have placed an order for the extended-length Dreamliner, though Air France, ANA, British Airways, Etihad, EVA Air and Singapore have all committed to adding the 787-10 to their fleets. Boeing's been known to confirm orders at the Paris Air Show in the past, so it's possible that more airlines will be onboard before the week is through.

See these posts for more on the 2017 Paris Air Show:

I’ll be sharing more posts on this site throughout the week, and you can catch the action in realtime via my Instagram and Twitter feeds as well.