The worst 5 premium economy cabins in the sky today 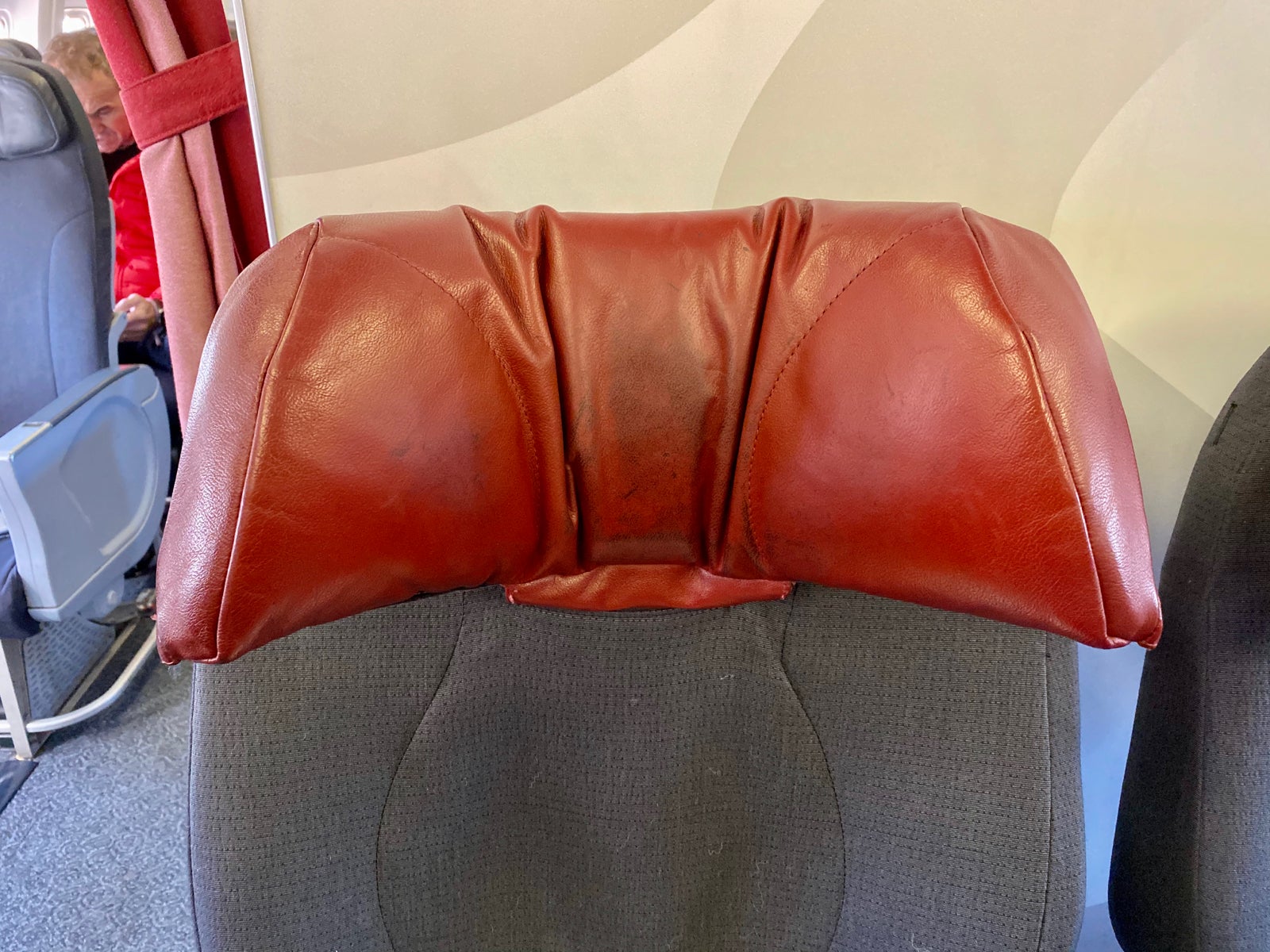 To help clear things up, we're doing roundups of our best and worst premium economy experiences over the course of the past year. We already outlined our top 5. To see which airlines' premium economy you might want to avoid, now it's the turn of our lowest-ranking premium economy flights (from pre-COVID times).

From cabin crew who didn't know what food they were serving to shoddy service and subpar in-flight entertainment, here are the five worst premium economies of the past year.

The best thing about this flight was probably only the price, at $700 for a one-way ticket from New York to Jakarta, Indonesia, via Guangzhou, China.

As an avid fan of the 777, it's safe to say that Alberto Riva, TPG's Special Projects Editor, was let down by China Southern's version of the popular bird in premium economy.

Let's start with a couple of positives. Shell-style seating can be controversial depending on the flyer, but Alberto liked how this meant that nobody could recline into him. Aside from that, slippers featured as one of the amenities — a little luxury that you don't even find in many business class cabins.

Everything else about this flight was well below par. The "questionable" in-flight entertainment (IFE) had a distinct lack of options for passengers who didn't speak Chinese. The headphones were of low quality, too.

With a rating of 11 out of 25, the biggest letdown of all was the food. It was reminiscent of a something you'd be served in a school cafeteria rather than the kind of food you'd expect from premium economy.

In Alberto's words, "The best thing about lunch was the big tray table I ate it on."

The poor-quality food went hand-in-hand with poor-quality service on this flight from New York to Guangzhou. When Alberto asked what the choices were for the second meal, the crew member responded "I don't know" — that's almost laugh-out-loud behavior.

Just when you thought it couldn't get any worse, and after two already memorable — for all the wrong reasons — meals, the third and final meal on the 15-hour flight was a tiny turkey sandwich wrapped in plastic and served with no tray or box.

Zach Griff, TPG Travel Analyst, is one of our most frequent flyers, so he's had his fair share of good and bad experiences in the air. This flight with Brussels Airlines from New York to Brussels on an A330 was definitely one of his worst.

Related: Why I always board last, no matter where I'm sitting on the plane

While the cabin and seat scored nearly full marks at 26/30, the airline fell short in almost every other category, achieving only half marks for amenities and IFE, food and beverage and service.

Zach enjoyed the generous seven-inch recline and found the seats to be comfortable, more than the seats in United's Premium Plus cabin.

The was a distinct lack of amenities for a premium cabin, and the IFE was "lackluster," not ideal when you're on a fairly long-haul trans-Atlantic flight.

Nothing about the meals Zach was served was "premium," in fact, it was the exact same as what was being served in economy. The dry pasta dish didn't taste great and was served in the usual economy-class foil tin with not a plate in sight.

The carb-heavy, nondescript tray of pastry and bread served for breakfast also had serious room for improvement to make this really feel like a premium meal service.

To say TPG's Editor-at-Large Zach Honig flies a lot would be an understatement — in 2019 alone he racked up over 220,000 miles! Many of those miles were with United, too, so he knows what to expect from the airline's different products. With that, it's safe to say his flight last year from Newark to Hong Kong on one of United's flagship 777-300ERs would certainly make the list of his least-favorite flight experiences.

From the seat to the food, pretty much everything about his flight could have been better. Zach didn't like the "crappy headrests," and the legrest was "ineffective."

The main issue, though, was the food and drinks service. Passengers did not get physical menus, even though in United's Premium Plus cabin they are supposed to receive them. It was already off to a bad start.

The chicken for the main meal was "way overcooked." Later in the flight, about midway to Hong Kong as most passengers were sleeping, Zach was handed a "gross" turkey and cheese sandwich along with another drink.

Breakfast wasn't much better. While the thought of a Mexican-style ensemble of eggs, beans and tomato sauce might get the taste buds going, the entire thing was disappointingly dry. At least the food was served on actual bowls and plates.

The disappointment during Alberto's experience flying from New York to Rome on one of Alitalia's A330s started with the decidedly disorganized boarding process. But that was no surprise given that it's often the case with Alitalia.

One thing that Alberto did appreciate, at 6 feet 2 inches tall, was the 38 inches of legroom, as this meant that he didn't feel too cramped and uncomfortable during his night flight across the Atlantic.

The low-resolution and unresponsive IFE screen coupled with the disappointing movie selection would have probably made for a very boring flight indeed had it been during the day. Not all hope was lost, though, as Alberto discovered that the selection of music was to his taste, and the BBC World and CNN live channels worked without a glitch.

On the whole, the meals on this flight were "undistinguishable from coach-class fare." There were, however, a couple of saving graces: passengers had a choice of either blood-orange juice, prosecco or water during boarding and, perhaps best of all, real espresso coffee was served at breakfast.

The fifth cabin in this roundup should actually have been Air Canada Rouge's Boeing 767, which the airline recently removed from service, so we had to substitute for it the next-lowest scoring, which was intern Javi Rodriguez' flight from Vienna to Washington, D.C. with Austrian, also on a 767. While 72 isn't a particularly bad score by any means, and is just a bit below the 73-point average for long-haul premium economy, it's clear from Javi's experience that there is room for improvement in a couple of areas.

As per the rating of 22/25, Javi was happy with the hard product overall. There was nothing wrong with the seat or small 18-seater premium economy cabin; the seats were comfortable with ample 38-inch pitch, shoulder space and storage including bottle holder. For an old bird, the upholstering of the seats seemed fresh and clean.

In terms of pitfalls, a major issue for Javi was the lack of Wi-Fi, which none of the airline's long-haul aircraft feature.

Javi only scored 15/25 for food and beverage. He described the main meal of the first food service as only "decent," as the chicken was dry — often an issue with in-flight catering. Despite Austrian being well-known for its extensive coffee offering in biz, the same cannot be said for premium economy, as Javi was also only served the same bog-standard airplane coffee as economy passengers for his post-meal pick-me-up.

The real problem was with the "borderline inedible" meal that he was served before landing which consisted of gnocchi swimming in oil.

And finally, the service lacked a premium spark that you might expect when paying a considerable amount more to fly in premium economy rather than economy.

It isn't easy to give a yes or no answer when asked "Is premium economy is worth it?" The key is to make sure you're getting value for money by figuring out if the extra money you spend on a ticket means you'll see a distinct improvement in seat and cabin comfort, and of course, that the food you'll be served isn't just the same as in economy.