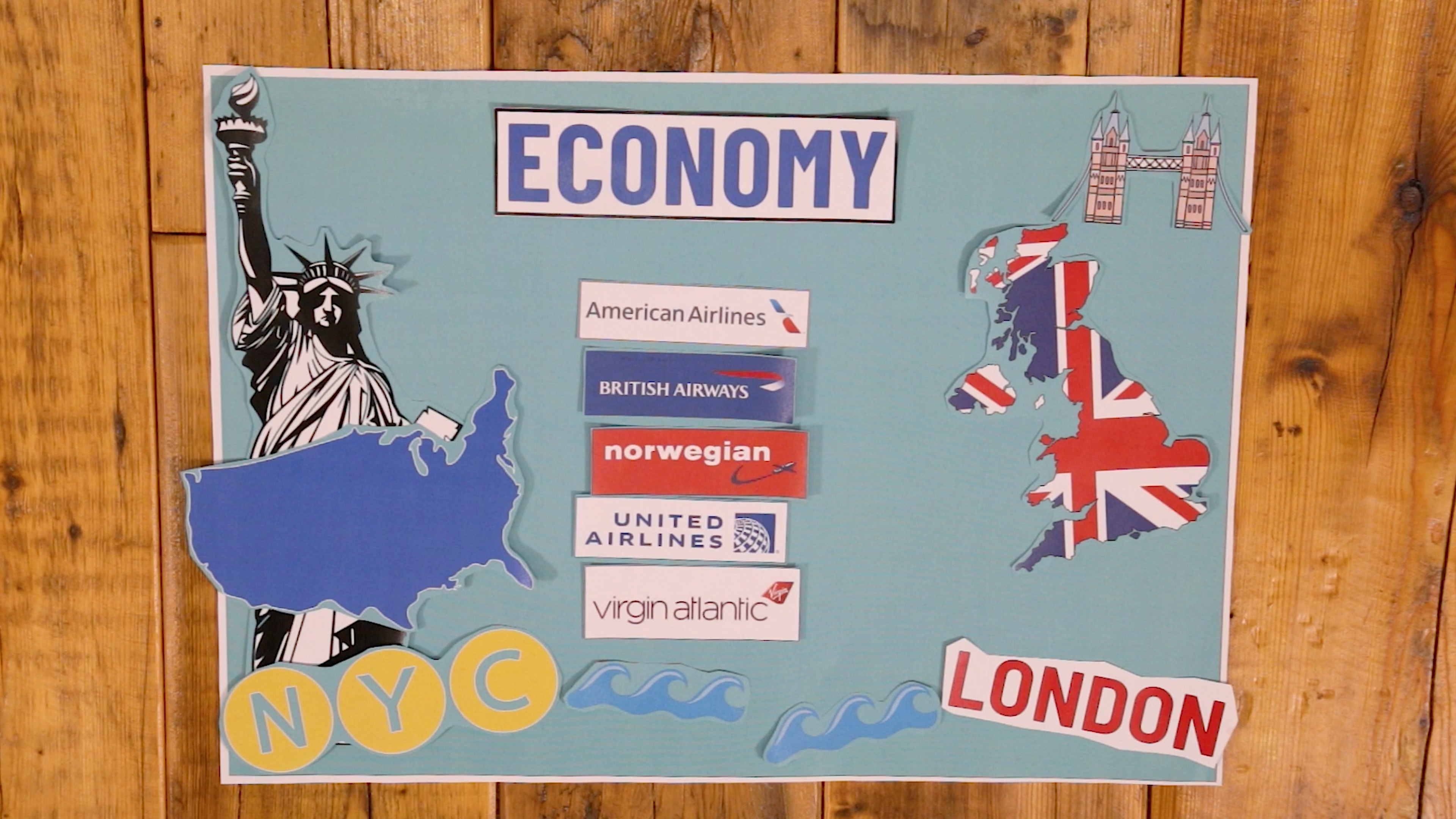 The TPG teams (myself included) fly frequently across the Atlantic, and therefore often find ourselves feeling dazed and confused from the effects of jet lag. It affects us all in different ways, and many TPG frequent travelers have their own tips and tricks about how to best survive a time change.

For many, flying a day flight from the U.S. to Europe is the best way to combat the effects of jet lag.

There are five airlines that fly daytime flights from New York to London, including American Airlines, British Airways, Norwegian Air, United Airlines and Virgin Atlantic. So, after a recent trip to New York for work, we thought we'd put them all to the test to compare what it's like to fly each one.

Jean Arnas, U.K. head of video, was tapped to fly American Airlines. His flight was scheduled to depart at the rather friendly time of 10:30 a.m. from New York's Kennedy Airport (JFK), and was due to arrive at London Heathrow Airport (LHR) at 10:10 p.m. The flight was operated by a Boeing 777-200 aircraft, flying as AA142.

Jean loved the modern and varied IFE system and how speedily the crew reacted to the call button. However, he didn't like the fact that he had to pay for the vodka in his Bloody Mary.

Overall, he enjoyed his experience. His crew was very friendly and his well-selected seat at the back of the plane meant that he had more storage and fewer neighbors than he would have had in other seats in the economy cabin of the 747. Pain points included poor-quality headphones and a rather small second meal. Though, like many an AvGeek, he loved the look of the outside of his BA Boeing 747, though the interior of the cabin was showing its age.

U.K. senior writer Ben Smithson flew Norwegian's Boeing 787 Dreamliner in economy back across the Atlantic. His flight was DI7014 from JFK to Gatwick (LGW) with the latest departure of 11:20 a.m., arriving in London at 10:20 p.m.

Ben enjoyed the later departure time of 11:20 a.m. and was impressed by the generous legroom and the box of sweets, which helped to pass the time. However, the experience was a little rough around the edges: The pre-ordered meals were tiny, his baggage took around an hour to arrive at Gatwick and the boarding process was a mess.

Usually Norwegian offers very reasonable fares -- both for one-way and round-trip tickets. We paid $153 for the one-way, though round-trips can be had for as little as $325.

The wide variety and high quality of the food, unexpected snacks throughout the flight as well as a stocked inflight entertainment system were the highlights of his flight. However, the lengthy boarding process and lack of overhead bin space were a low point. Peculiarly, there was no call button or reading light at his seat, either.

One-way flights can be booked from 30,000 United MileagePlus miles, and if you're paying cash you can expect to pay at least $350 for a round-trip ticket.

This year was the first time I'd ever flown Virgin Atlantic and was really happy when I found out I'd be flying the airline's A330 as VS26 from JFK to Heathrow. My flight's scheduled departure time was 8:05 a.m., due to land in London at 8:05 p.m.

I really enjoyed the food on the flight, despite the fact that the main meal didn't come until around half way through the flight. Make sure to have a hearty breakfast before taking this flight if you're likely to be hungry. The crew were outstanding, not only catering to my strange food intolerances, but I noticed individual members of the crew going the extra mile for other passengers throughout the flight. The seat area was a little dirtier than I would have expected.

You can book a one-way transatlantic flight from New York to London for 10,000 Flying Club miles and about $200 or from about $400 for a round-trip cash ticket.

Day flights from North America to Europe can help reduce the effects of jet lag, and as frequent Pond hoppers, we can't recommend them enough. If you've never tried a day flight from the East Coast of the U.S. to London, take a look at our experiences, see which airline is the best fit for you, and book away.