Articles
Nick Ellis joined The Points Guy in 2016 as an intern and is now Reviews Editor, primarily responsible for arranging, writing (some of), editing and publishing reviews of hotels and airport lounges along with helping manage, write and edit travel content.
Follow
Dec. 29, 2020
•
5 min read 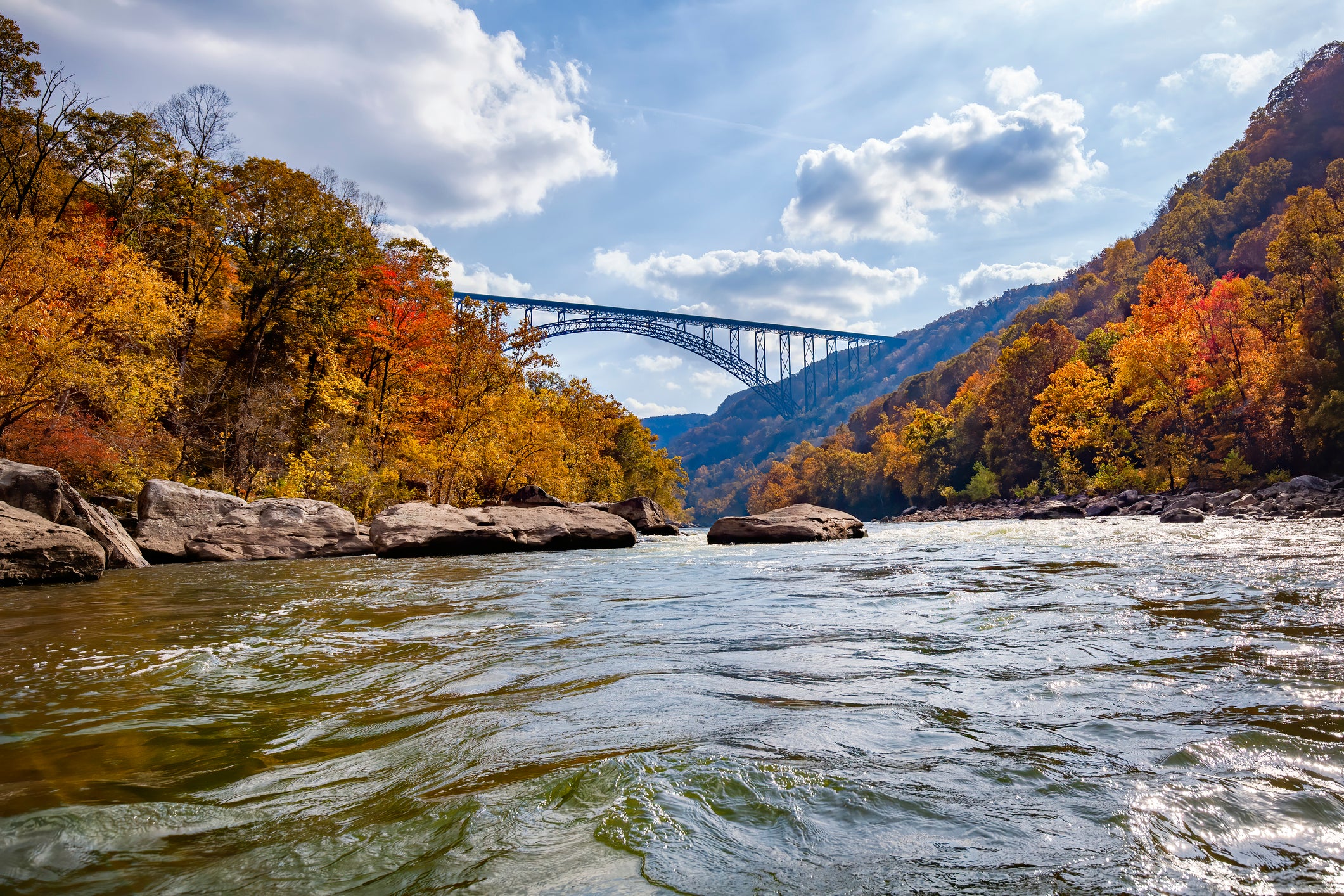 National parks have been all the rage in 2020. International travel has been decimated due to an ever-changing set of border closures and restrictions and entry requirements that vary from country to country.

And, soon, the United States will get its 63rd national park, and it's located in West Virginia. The New River National Gorge, commonly known as "The New" has been a national river since the 1970s but plenty of people have been pushing for the area's recognition as a national park for years.

Here's what you need to know about the country's newest federally protected park.

Created as part of the latest government stimulus

The New River National Gorge will be "upgraded to national-park-and-preserve status," says outsideonline.com, as part of the latest round of COVID-19-related economic stimulus measures recently passed by both Houses of Congress and that's set to be signed by the president in the coming days.

It's been classified as a national river since 1978 but soon it will have full national park status, though the federal government won't need to invest much more in the forthcoming park since it's been managed by the National Park Service for years.

However, its protected status will allow for more people to lobby on behalf of the park, for such things as a cleanup of the river running through the gorge.

New River National Gorge encompasses three existing pieces of land -- the Gorge itself, the Gauley National Recreation Area and the Bluestone National Scenic River -- that are already managed by the Park Service.

According to Outside, the park itself will measure about 7,000 acres, while the remaining 65,000 or so will be classified as a natural preserve which will make it accessible to backcountry hunters. All in all, there will be about 73,000 acres in the combined national park and preserve, which also makes it only one of an exclusive group of five of these "combo parks," with the other four being located in Alaska.

Paradise for whitewater rafters and climbers

According to Outside, The New boasts 53 miles of "free-flowing whitewater" and one section features Class IV and V rapids which can be described as "Advanced" and "Expert," respectively according to the international scale of river difficulty developed by the Amerian Whitewater Association.

Climbers will be happy, too, with 1,500+ possible routes thanks to the gorge's cliffs that soar to over 1,000 feet in some areas. And, there are about 13 miles of mountain-bike trails to explore.

It should boost tourism

The New's upcoming status as a full national park should raise its profile among adventure travelers who have been flocking to national parks since the imposition of travel restrictions in light of the COVID-19 pandemic.

Advocates for the upgrade in status say that will bring more tourism dollars to the state. As reported in Outside, the Outdoor Industry Association estimated that outdoor recreational activities bring in about $9 billion each year for the economy, which has been welcome in a state affected by the decline in coal-mining activity.

U.S. Senator from West Virginia Shelley Capito referred members of the press to a study that found marked increases in visits to places that have seen their status upgraded in a similar way. She expects to see a 20% increase in the number of visitors to the new park after its upgrade is made official.

It reflects a changing West Virginia

West Virginia has relied heavily on the coal-mining industry in the past to keep its economy going. But in a changing world, we've seen a sharp decrease in mining activity, and the state's been forced to change as a result. It sees an opportunity in outdoor activities, which have only increased in popularity since the onset of the coronavirus pandemic.

The park's protected status will be welcome to business owners looking to capitalize on a likely increase in demand for outdoor activities -- whitewater rafting in particular.

The New will become West Virginia's first true national park and, despite some naysayers, it will put the state on more people's radar and help shape its economic future as a magnet for those looking to enjoy the great outdoors.

2021 will likely be another banner year for national parks across the country, and the creation of New River Gorge National Park should excite anyone who's a fan of outdoor adventures, especially if you love to whitewater raft or rock climb.

While visitors shouldn't expect massive changes to the way the park looks or feels, it will have the full protection of the federal government, which will hopefully mean even better preservation of its natural beauty and a bigger economic boost to the state of West Virginia.