Articles
Harriet Baskas is an award-winning journalist and the author of eight books. She writes, most often, about airports, air travel, unusual museums, and odd adventures for a variety of outlets, including her blog, StuckatTheAirport.com.
June 18, 2022
•
5 min read 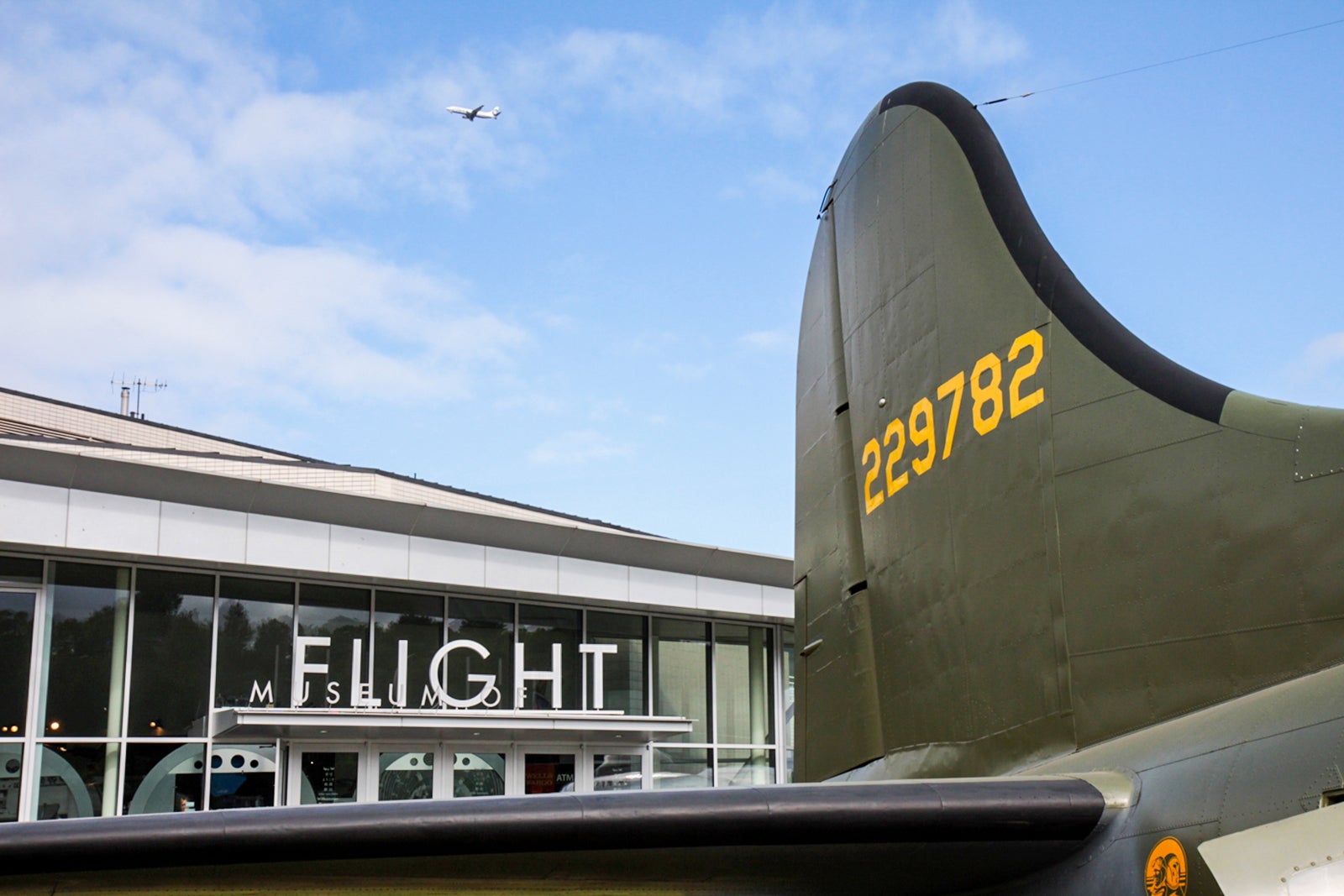 Placing "Disney" and "the war effort" in the same sentence may sound like an unlikely combination, but soon, Seattle's Museum of Flight will reveal an exhibit that will help connect the dots for this unusual pairing.

Curious to learn more about what you can expect before you plan a visit? Here's an overview of Disney's ties to the war, plus key details about the exhibit.

Disney's connection to World War II began on Dec. 8, 1941, one day after the bombing of Pearl Harbor. In light of what had just transpired, the U.S. Army requisitioned the Disney studio lot in Burbank, California, for military use, as hundreds of soldiers from an anti-aircraft battalion were assigned to protect the nearby Lockheed Aircraft Company’s production facilities.

Despite Walt Disney's fame as an established Hollywood executive by that time, the Army gave him no other option but to turn over the studio lot. However, thanks to his patriotism, Disney reportedly did more than just welcome the soldiers. He also pledged to have his company help the troops.

Disney kept his word, and soon, his company was doing numerous things to support the war effort.

Throughout World War II, The Walt Disney Studios focused on creating all kinds of content for the troops and the American public. More than 90% of the company's focus at the time was spent on producing films for military and government training, propaganda, entertainment and public-service education — all for little or no profit.

Additionally, the company created more than 200 training films focusing on everything from basic aircraft operation to the rules of navigating the "nautical road." It also produced two films, "Saludos Amigos" and "The Three Caballeros," as part of the U.S. government’s Good Neighbor Policy, which was created to tamp down Nazi sympathy in Central and South America. The films had some commercial success and were early examples of mixing live-action shots with animation.

The artists of The Walt Disney Studios dreamed up a number of cartoon emblems — 1,200, to be exact — for various branches of the military and groups associated with the military, too. For example, Dumbo was recruited for the insignia of the 2nd Reconnaissance Squadron in Fresno, California.

What to expect at the exhibit

Putting together an exhibition with beloved characters tied to Disney is no easy feat, so the museum enlisted the help of guest curator Kent Ramsey, who has a special interest in the show.

“Unfortunately, my uncle was shot down and killed one month before the war ended in Europe," Ramsey shared. "For me, this exhibition serves as a salute to his supreme sacrifice.”

Created in partnership with The Walt Disney Family Museum in San Francisco, which hosted the inaugural nine-month show, the exhibit will feature various pieces that date back to the company's time making content for the war.

“This rarely shared period in the Studios’ history offers insight into the creativity, innovation and positivity that Walt and his team brought to the military leaders, troops and civilians at home and abroad,” said Kirsten Komoroske, executive director of The Walt Disney Family Museum.

Some of the 550 items that will be on display include stamp books, advertisements, magazines and government posters promoting an array of topics, including tax payment, food recycling and rationing.

Although some of the images and characterizations in "The Walt Disney Studios and World War II" exhibit may be far from the cute, happy iterations of Mickey Mouse, Donald Duck, Pluto and other Disney figures you may be used to, they offer a learning opportunity for both adults and children.

“In the context of present-day conversation, many of the images represented in this exhibition will likely take you aback," said Matt Hayes, president and CEO of The Museum of Flight. "Some may make you feel uncomfortable, but through the lens of yesterday’s social constructs we may use them to guide conversations with family and friends as we navigate many of the challenges that we, as an American society, are experiencing again today.”

Related: Two 'hidden' aviation markers to seek out in Seattle

Featured image by (Photo courtesy of Seattle Museum of Flight/Facebook)
Editorial disclaimer: Opinions expressed here are the author’s alone, not those of any bank, credit card issuer, airline or hotel chain, and have not been reviewed, approved or otherwise endorsed by any of these entities.