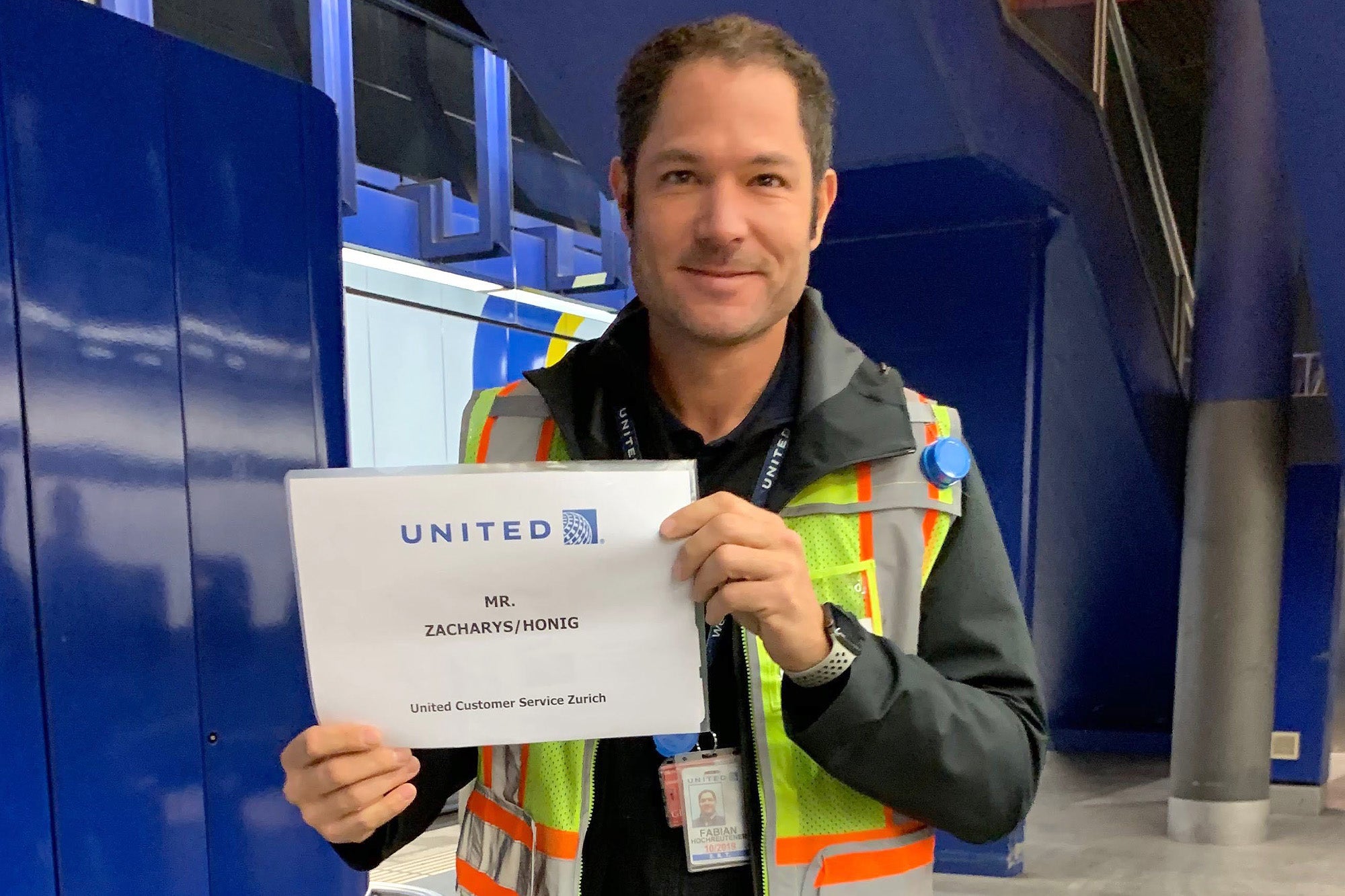 How a Twitter DM saved a very tight United connection in Zurich
This post contains references to products from one or more of our advertisers. We may receive compensation when you click on links to those products. Terms apply to the offers listed on this page. For an explanation of our Advertising Policy, visit this page.

Last weekend, some friends and I traveled to one my favorite places in the world, Zermatt, Switzerland, with the hopes of trying out summer skiing. Things didn't quite go to plan (the mountain was closed due to rain), so we ended up spending two days with some pretty hilarious Valais Blacknose Sheep, instead.

As wild as the locals were, though, I imagine you're here to read about my United experience — you can head over to my Instagram Story highlights (@zachhonig) for loads more from my furry friends. Now let's get back on track...

In the middle of the second-to-last night, my buddy threw another wrench in the works, with a nasty (and highly contagious) stomach bug. With my sister's wedding coming up this weekend and my friend's brother there to help out, I followed a doctor's recommendation to change my travel plans and get home to New York within the next 24 hours, before I began to experience any symptoms myself — a tall order given that it was then 2:00am in one of Europe's most remote towns, and the first train to Zurich Airport (ZRH) wouldn't get me to the airport until roughly 30 minutes before the gate closed.

Still, I called United to make the change and even managed to apply my Global Premier Upgrade (GPU) to waitlist for Polaris on the new flight, where I was first in line for an upgrade.

Then I spent the next 30 minutes in a semi-panic, concerned that I wouldn't be able to pull off the short train-to-plane connection. Swiss trains are famously punctual, but I'd be facing a walk from the train, security queue, immigration, an airport train and possibly even secondary screening before I could board my flight in Zurich.

There wasn't anything else I could do on my own, so I decided to send United a direct message on Twitter — the carrier's been known to help out flyers in a bind, and the circumstances of my departure were especially concerning. I fired off my message, and heard back in 20 minutes — with some promising news:

Now, I know what you might be thinking — "But you're a travel writer, and you have The Points Guy in your Twitter bio." And, sure, that detail might have been hard to ignore, but United's social media team in particular has recently made a habit of helping out customers, even if they don't have any sort of status.

As I made my way to Zurich, I received an email from the United team at Zurich Airport, asking about my arrival and confirming that I didn't have checked bags. We then settled on a meeting point — I was told to look for someone wearing a high-visibility vest directly on the train platform.

My train pulled in exactly on time, at 9:14am, and my escort brought me past the enormous security line and right up to the belt. I was on my own at immigration, but we still made it to the gate at 9:40am — five minutes before it closed ahead our new "early" departure time of 10:00am — and I even had a couple extra minutes to buy some chocolate! I'm almost certain I wouldn't have made it without an escort, though, due to the extra-long security queue. Best yet, my upgrade cleared. Score!

I was extremely impressed by United's customer service here. Ultimately, it's in everyone's best interest to have me make the flight, but with so many moving pieces to manage at the airport each day, it can sometimes be a tall order to accommodate passengers on this level.

Ultimately, it's up to the airport staff whether or not to assist. Certain United teams can send a "memo" requesting a customer escort — having top-tier elite status probably can't hurt, but it certainly isn't a requirement. Of course, you'll likely have a better chance of success getting assistance at an airport with a decent-size United staff — a Star Alliance hub like Zurich is a safer bet than a seasonal outpost like Naples (NAP) or Prague (PRG).

As for what to do if you're in a similar situation? Generally, I'd only expect this level of support from a full-service carrier — if you're traveling on, say, Norwegian, you're probably out of luck.

Assuming you're booked on an airline with a strong social media presence — on the customer service front, in particular — I'd send a direct message with the following:

If you don't have a social media account, you can sign up on the spot, or try giving the carrier's reservations line a call — generally, you'll have a better chance of success online, though. Most of all, always be polite. An airline is under no obligation to assist you in response to circumstances outside of their control, so being polite, prompt and kind will really go a long way to helping you pull something like this off.