Norwegian Will Not Accept Compensation Claims for Delayed A380 Flights 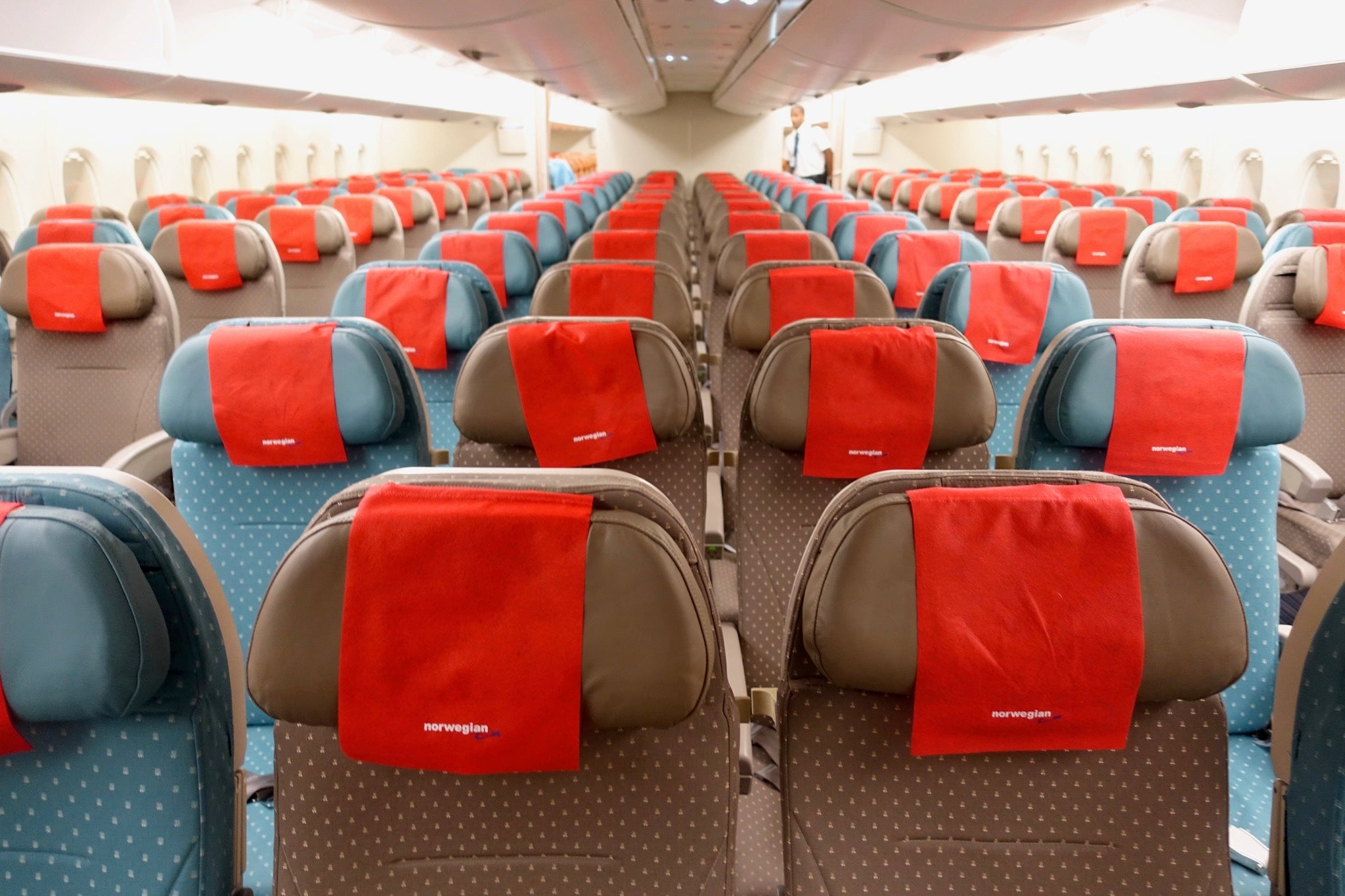 Norwegian Will Not Accept Compensation Claims for Delayed A380 Flights
This post contains references to products from one or more of our advertisers. We may receive compensation when you click on links to those products. Terms apply to the offers listed on this page. For an explanation of our Advertising Policy, visit this page.

With many 787 Dreamliners grounded to have their Rolls-Royce Trent engines fixed, Norwegian's been wet-leasing planes from various charter companies in order to keep flying with as little disruption to its schedule as possible. For most of August, Norwegian replaced one of its daily London Gatwick (LGW) to New York (JFK) flights with Hi Fly’s “new” Airbus A380 that used to belong to Singapore Airlines. Overall, the equipment swap represented a massive upgrade for passengers since the plane sports its original interior with first-class suites. However, it wasn't all good news.

The first four days of the special service, every one of Norwegian's A380 flights was delayed by at least three hours. I was on Norwegian’s inaugural A380 flight from New York (JFK) to London (LGW) and that flight departed a whopping 4 hours and 47 minutes late. Norwegian announced the delays on its website, but unless someone manually signed up to receive flight alerts, they wouldn't have known about them.

While delays are never fun, there was a potential silver lining. Enter EU Regulation 261/2004. Under this law, passengers traveling to a European Union airport on a European-based airline, or from an European Union airport on any airline, are entitled up to 600 EUR (~$697) in compensation when their flight is delayed by four or more hours, among other rights. Passengers on long-haul flights delayed three or more hours get 400 EUR (~$465).

There are some restrictions, though. Airlines don't need to pay when the delays are caused by extraordinary circumstances, such as bad weather and air traffic control strikes. Norwegian's A380 flights were delayed because JFK's Terminal 1 wasn't able to accommodate another superjumbo during the flight's scheduled time. So, does that count as something beyond the airline's control? About four weeks after I submitted a claim for compensation, I was sent the following response regarding my delayed return flight (I have yet to receive a response to my claim for the delayed JFK-LGW flight):

Unfortunately, Norwegian flight DI7015 (LGW-JFK) 04.08.2018 was delayed by 3 hours and 54 minutes. This disruption was caused by extraordinary circumstances which could not have been avoided even if all reasonable measures had been taken.

Reason for disruption: Mandatory checks from aviation authorities on a specific type of Rolls Royce engine forced us to take the original scheduled aircraft out of service. Due to gate restrictions in New York, new slots had to be assigned to accommodate the replacement aircraft.

Although we respect your request for compensation, we’re unable to honour your claim as your flight was delayed due to an event, which constitutes extraordinary circumstances.

In most cases, passengers will be entitled to compensation in the event that the disruption is caused by a technical defect. This is in accordance with the European Court of Justice ruling in the case of van der Lans (C-257/14) which states that technical difficulties resulting in the replacement of a defective component on the aircraft may be within the carrier’s control and entitle the passenger to compensation.

Nevertheless, according to this verdict, certain technical problems may constitute extraordinary circumstances and exempt the carrier from its’ liability of compensation. This would apply in cases where the aircraft is released from inspection without the presence of a technical defect or any need to change a faulty component, as well as technical problems that affect flight safety, such as hidden manufacturing defects, and/or damage to the aircraft caused by acts of sabotage or terrorism.

Although the reason for the delays was the A380 gate restrictions at JFK, Norwegian is blaming the "hidden manufacturing defect" of the Rolls Royce engines, which is excluded under the regulation. However, even with the Rolls Royce issue, there were several steps the airline could have took to prevent the delays.

The first option was to proactively adjust the scheduled departure time for the weeks the A380 was being used. Norwegian was aware that the delays would happen well in advance, but rather than adjust the scheduled departure, it initially waited until a few hours before the flight to announce the delays, leaving those who didn't manually sign up to receive flight alerts completely in the dark. The airline did eventually change the departure time, but only four days into the special service.

Alternatively, the airline could have sent the A380 to a different city which could have accommodated the superjumbo. As the Wandering Aramean pointed out, a smarter destination for the equipment swap would have been Orlando (MCO). During the same time as Norwegian's special A380 flights to JFK, Virgin Atlantic flew six non-stop flights from the UK to Orlando in one day, with five of them being operated by Boeing 747s. Like LGW-JFK, the flight from LGW to MCO is under eight hours so Norwegian wouldn't have had to worry about getting additional crew-members.

When the series of long delays first came to our attention, a Norwegian spokesperson shared the following statement with The Points Guy: "We are fully aware of the situation and working on improving it as soon as possible." Norwegian did not comment on whether these flights would be eligible for compensation.

Although disappointing that Norwegian won't take the blame for this, flying Singapore’s first class suite across the Atlantic for $1,000 will be an experience I'll never forget.

If you ever want to submit a EU 261 claim of your own, you can do so by sending the air passenger rights EU complaint form to your airline. If your request goes unanswered, consider enlisting the help of a third party such as AirHelp, EUclaim, Flightright, or refund.me.