How You Can Still Fly a 747 in North America

Articles
Nick Ellis joined The Points Guy in 2016 as an intern and is now Reviews Editor, primarily responsible for arranging, writing (some of), editing and publishing reviews of hotels and airport lounges along with helping manage, write and edit travel content.
Follow
Dec. 22, 2017
•
13 min read 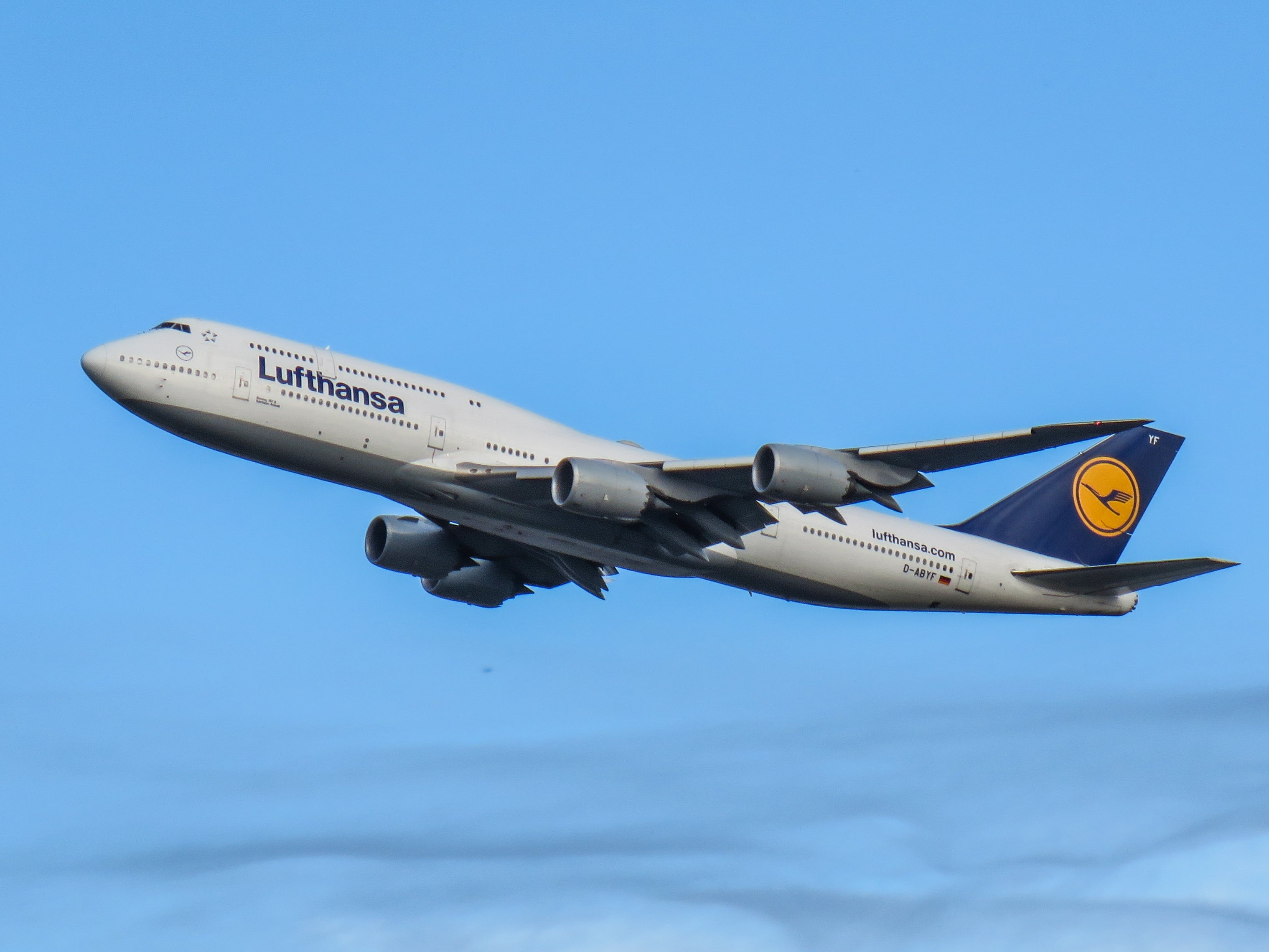 As much as we like to pretend that it's not, the end of the 747 era is upon us. United flew its last commercial 747 flight last month between San Francisco (SFO) and Honolulu (HNL). After United flight 747, Delta was the lone remaining US carrier to fly the Queen of the Skies, though it too just operated its last commercial flight on Tuesday, December 19 between Seoul (ICN) and Detroit (DTW).

However, all is not lost. Plenty of carriers around the world still operate 747s on commercial flights, many of which fly to North America. Let's dig in to see which carriers are still flying the Queen to North America, and how you can get on board.

For consistency's sake, I researched the aircraft assigned to flights in mid-July 2018 for the purposes of this post. Carriers can swap aircraft at any time and without warning, so be sure to continually check your reservation to confirm which aircraft type you'll be flying on. Note, too, that all award tickets come with an additional charge for taxes and fees, which tends to vary based on route and carrier. Be sure to take note of this additional cost before confirming your booking.

Air China is a member of the Star Alliance, which means there are several ways to book both of these routes with your points and miles. One of which is booking through alliance partner United, where a one-way saver award will run you 35,000 miles in coach, 80,000 in business and 120,000 in first class. Keep in mind, too, that Chase Ultimate Rewards points transfer to United at a 1:1 ratio, so it can be relatively easy to amass a small fortune of MileagePlus miles to burn on flights just like these.

You could also book through Aeroplan, which is a 1:1 transfer partner of American Express' Membership Rewards program. If you book this way, a coach ticket will run you 37,500 miles, business goes for 75,000 and first for 105,000, all with minimal taxes and fees. There's plenty of availability, too, so you shouldn't have much trouble snagging a seat.

The United Kingdom's flag carrier, British Airways still operates a sizable fleet of 36 747-400s. It doesn't have any -8s in its fleet. As of summer 2018, BA will operate 13 747 routes between its hub in London (LHR) to North America:

British Airways is a member of the oneworld alliance, which gives travelers a number of options for booking. You can opt to book with BA directly using its Avios points for flights. BA is a 1:1 transfer partner of Amex Membership Rewards, which means you can pad your account balance pretty easily. Since BA's award chart is distance-based, you can expect to pay different amounts of Avios for flights depending on where you're traveling to or from in North America. For reference, a one-way flight during peak times between JFK and LHR will cost 20,000 Avios, business costs 60,000 and first costs 80,000. Note that these tickets come with steep carrier taxes and surcharges, which can total over $500 for a one-way flight.

Alternatively, you can book BA flight with American Airlines AAdvantage miles. If you choose to go this route, you'll need to fork over 30,000 miles for a one-way saver-level coach flight between JFK and LHR, 57,500 for business and 85,000 for first.

A huge downside of using miles to book flights with British Airways, however, is the frankly obscene amount of money the carrier charges in fuel surcharges and other taxes and fees for flights to, from or through London. Often these fees total more than the cost of a round-trip economy ticket between NYC and London.

El Al maintains a fleet of 5 747, all of which are of the -400 variety. While Israel's flag carrier operates plenty of routes to North America, only one sees the 747 on a regular basis:

Dutch flag carrier KLM still has 14 747s in its fleet, all of which are the -400 variant. The airline operates a total of six 747 routes between its hub at Schiphol airport (AMS) and North America:

KLM is a member of the SkyTeam alliance, as well as a joint venture partner of Air France, Delta and Virgin Atlantic. You have several options for booking award flights with KLM — one way is to book through Air France/KLM's FlyingBlue program. It's a transfer partner of all three major points currencies — Amex Membership Rewards, Citi ThankYou and Chase Ultimate Rewards — but it's hard to find saver-level awards and they carry hefty surcharges. If you can find saver-level award space, a one-way flight between JFK and AMS will cost you 25,000 miles in coach, and 62,500 in business.

You can also book through Delta's SkyMiles program — which will eliminate the carrier surcharges as long as you're departing from the US since Delta doesn't pass them along — but you'll only have access to the very limited "saver" level award space provided by KLM. Delta no longer publishes an award chart, but since you can only book this flight with the lowest-level space, if you do manage to find availability, you'll currently pay 35,000 SkyMiles one way in economy or 85,000 Skymiles in business.

Seoul-based Korean Air has a fleet of 10 brand-new 747-8 aircraft with another three -400s but sadly it only operates this phenomenal plane on a couple of North American routes from Seoul (ICN):

Note, however, that Korean is notorious for last-minute aircraft swaps, so this is an airline that you're going to want to be extra vigilant about checking on.

Korean Air has one of the stranger frequent-flyer programs. You can transfer points from Chase Ultimate Rewards to the carrier's Skypass program at a 1:1 ratio and award availability is generally decent on the carrier's own metal. But you can only book Skypass tickets in your own name or those of certain family members, which must be registered with the program. You can book tickets on both of these routes for 35,000 miles one-way in coach, 62,500 in business and 80,000 in first.

Korean is also a SkyTeam member but releases very limited space to its partners, so you're probably best off booking directly with the airline.

Germany's flag carrier has one of the largest active fleets of 747s in the world, with 13 -400s and 19 -8s. Plus, many of these birds operate routes to North America from its hub in Frankfurt (FRA):

Lufthansa is a Star Alliance carrier, which means flights can be booked easily through United MileagePlus. A one-way ticket between the US mainland and FRA costs 30,000 miles in coach, 70,000 in business and 110,000 in first.

Aeroplan is also an option here — one-way in coach costs 30,000 miles, while business will run you 55,000 and first 70,000. However, Aeroplan charges hefty taxes and surcharges on these tickets.

Australia's Qantas operates a fleet of 10 747s, all of which are the -400 variant. It operates several routes between the Land Down Under and North America with its 747s:

Qantas is a Oneworld alliance member and also partners with Alaska, but is very stingy about releasing award space. Your best bet is to search for space using either the Qantas or British Airways websites or a service like ExpertFlyer, and then call in to the Oneworld partner airline whose miles you want to use and ask an agent to book it. Popular mileage programs to use for Qantas awards are American AAdvantage, Alaska Mileage Plan and JAL.

London-based Virgin Atlantic has a total of eight 747-400s, with which it operates two routes to North America, as of summer 2018:

VS isn't a member of an alliance, but it has a strong joint venture partnership with Delta and Air France/KLM. You can book award flights using Virgin's own Flying Club miles, through which you'll pay 15,000 miles in economy and 67,500 in Upper Class. If you book with Flying Club, though, you're going to be slapped with steep surcharges for flights originating in, departing from or connecting through London.

Alternatively, you can book through Delta SkyMiles. If you choose this route, you'll avoid the steep fees, but you'll have to use more miles to book your seats — 35,000 SkyMiles for a one-way flight in coach and 85,000 in Upper Class, though availability is very hard to come by.

Angolan carrier Sonair this year began regularly-scheduled flights between Houston (IAH) and Luanda, Angola (LAD), which is more than likely thanks to oil ties between the two cities. The thrice-weekly service is operated with 747-400s leased from Atlas Air and is over 7,700 miles. There's no way to book these flights online — you have to use a special travel agent in Houston to do so, as One Mile at a Time reports.

Besides the airlines mentioned above, there are several more carriers worldwide that still operate 747s, but none fly them to North America (at least as of summer 2018). These carriers include Air India, Asiana, China Airlines, Corsair International, Rossiya Airlines, Royal Air Maroc, Saudia, Thai Airways and Wamos Air.

Though the days of the 747 are over for US carriers, there are still plenty of opportunities to fly on board the Queen of the Skies. With some carriers taking delivery of the latest -8 variant, it seems like the 747 gracing the skies with her presence for several more years to come. What's better, too, is that it's relatively easy to book most of the 747 routes with points and miles, meaning you could score a comfortable lie-flat seat on your long-haul flight with the Queen without having to break the bank.

Related stories
Bask Bank raises the mileage earning rate on its AAdvantage savings account — what you need to know
Targeted Premier 1K members eligible for bonus miles when checking in and checking a bag on the United app
Current airline elite status match and challenge options you should know about
Business-class deals are back: This month’s Flying Blue promo awards
Featured image by XING