How You Can Fly United's Polaris-Equipped 777-200 This Week 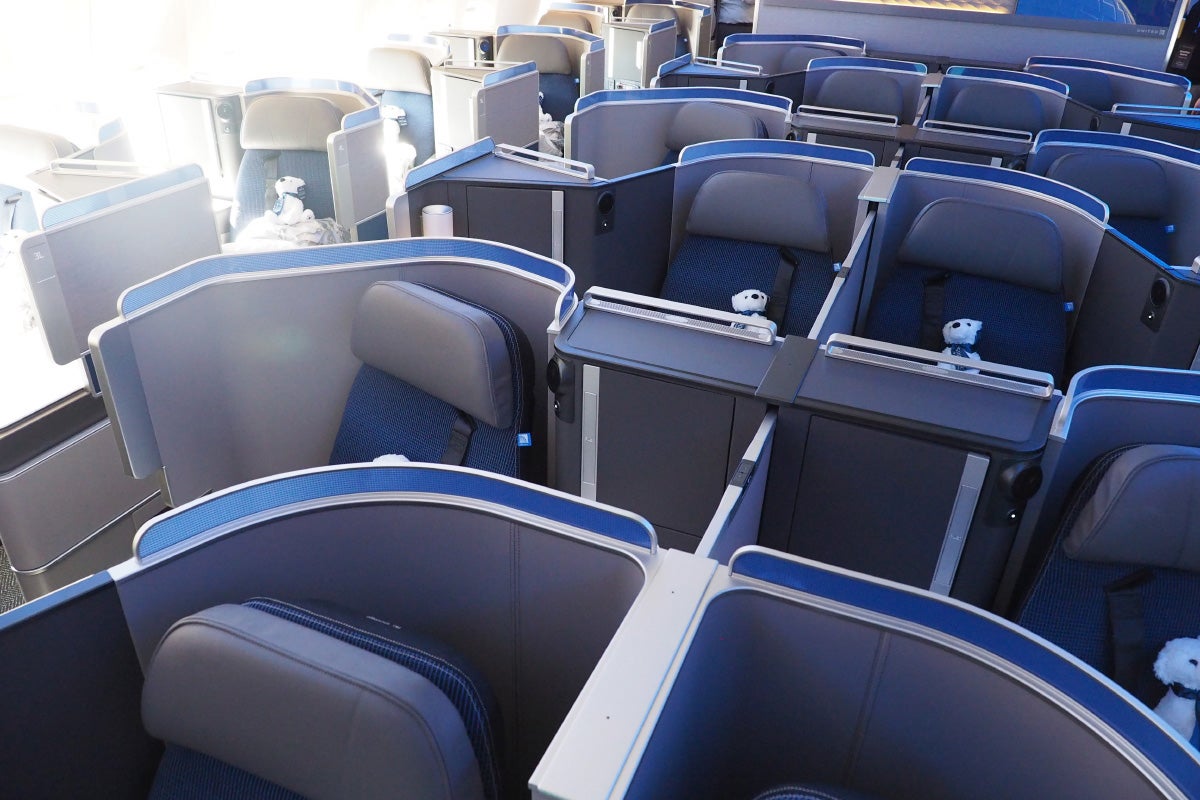 How You Can Fly United's Polaris-Equipped 777-200 This Week
This post contains references to products from one or more of our advertisers. We may receive compensation when you click on links to those products. Terms apply to the offers listed on this page. For an explanation of our Advertising Policy, visit this page.

Update 4/21: United has adjusted the retrofitted plane's schedule, following the initial 4/20 leg from San Francisco (SFO) to London (LHR). The updated schedule is below. Unfortunately business-class awards are not available at this time, but they are available in first class on some flights. If you book a first-class award and you fly in business class, you can request a refund of the difference in miles. Note that the flights listed below are still subject to change.

Last week, United's first retrofitted 777-200 finally made its way back to the US. It's spent the last week and change undergoing inspections in San Francisco (SFO), but now UA's finally added the updated Polaris-equipped plane to its international schedule. The first flight departs tonight.

To recap, United has begun updating its three-cabin 777-200s, replacing all of the seats and eliminating the first-class cabin entirely. The refreshed planes will offer the same Polaris seats otherwise only available on the new 777-300ERs, seen below. On average, United plans to roll out one Polaris-equipped plane every 10 days through 2020.

Previously, these particular 777s offered a three-class configuration, with eight first-class seats, 40 biz seats in an entirely unpleasant 2-4-2 arrangement, 113 Economy Plus seats and 108 regular coach seats. After the retrofit, they'll have 50 Polaris business seats in a 1-2-1 arrangement and a whopping 242 seats in coach, with a super-dense 3-4-3 configuration. So while business class represents a huge improvement, you'll have less room for your shoulders in coach.

Armed with that info, my recommendation is to select United's older configuration if you're flying economy, but opt for the refreshed plane if you're in biz. The good news is that there are currently a couple of opportunities to redeem miles to fly Polaris this week — below is a tentative initial schedule for N786UA, the first plane to undergo an update.

Note that these flights are subject to change — the aircraft could end up getting reassigned, though as of this writing, United expects to assign it to the schedule above. Currently only the first two flights are displaying the new seat map, though I wouldn't expect it to appear on any others until roughly 24 hours before departure. Be sure to keep a close eye on the arrangement to avoid disappointment.

If you see the below map within 24 hours of departure, you'll almost certainly have the new plane:

Meanwhile, if this is the map you see 24 hours out, chances are you're flying the old three-cabin config:

Again, it's important to note that substitutions are possible, so if you're booking one of the flights above just to fly Polaris, there's a decent chance you could end up very disappointed.

That said, until there are enough updated aircraft to operate regular confirmed routes, United will use this "surprise and delight" method of adding the new config to flights at the very last minute. So substitutions will be possible for weeks if not months to come.