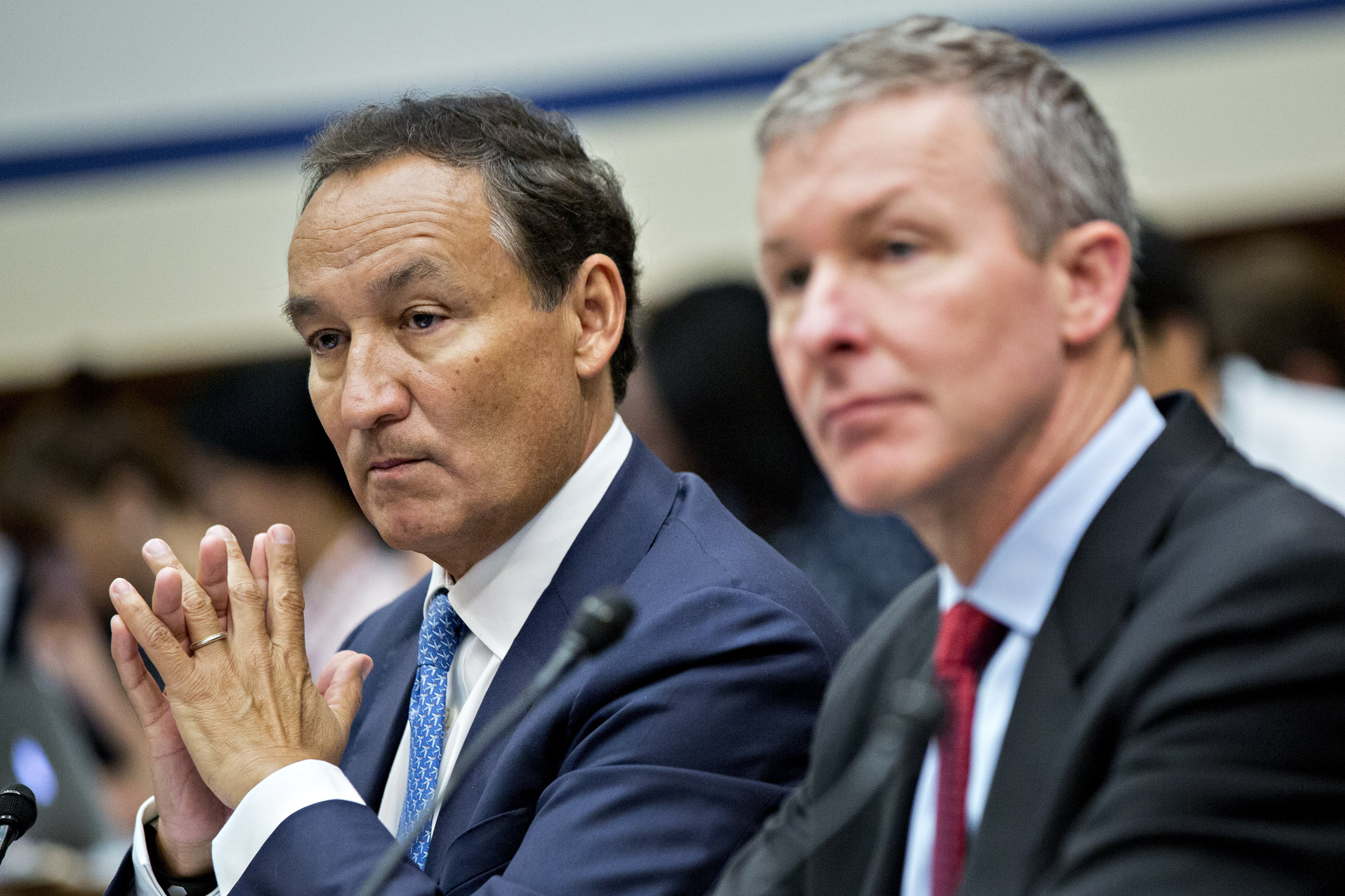 United Airlines president Scott Kirby to replace Oscar Munoz as CEO
This post contains references to products from one or more of our advertisers. We may receive compensation when you click on links to those products. Terms apply to the offers listed on this page. For an explanation of our Advertising Policy, visit this page.

United Airlines president Scott Kirby will move into the corner office in the carrier's Willis Tower headquarters next May, succeeding Oscar Munoz as CEO.

Kirby will become CEO on May 20, when Munoz transitions into a new role as executive chairman to the Chicago-based carrier's board of directors, United said Thursday. The transition has widely been expected, with Kirby seen by many as the heir apparent for the top job.

"This is meant to be a very seamless transition," Munoz said in a company video in which he and Kirby discussed the change. "Until May of 2020, Scott and I will continue in our same roles doing the things that you’ve seen us do before."

A "seamless" shift is the opposite of United's latest CEO transition. Munoz took over the top spot from Jeff Smisek, who left the airline amid a scandal with the Port Authority of New York and New Jersey in September 2015. Smisek's tenure was one plagued with missteps and labor strife, where he repeatedly apologized to passengers, investors and employees for lackluster operational and financial performance. Smisek was unpopular with both employees and customers alike.

Munoz hired Kirby amid a wave of C-suite changes in 2016. His surprise move to United from American Airlines, where he had been president since its merger with US Airways in 2013, was seen by some on Wall Street as an involuntary departure from the latter carrier. One analyst went as far as to say American appeared to be "creating a more complementary skill set on the executive team."

At United, Kirby and Munoz have overseen a period of transition for the carrier. The airline has righted many of the woes it faced -- including workforce dissatisfaction, lagging revenue performance, and a dated premium product -- and set United on a path of improvement to become what many view as the No. 2 U.S. mainline carrier behind Delta Air Lines, generally considered to be the industry leader in the U.S. market.

Related: How to request an elite upgrade with United's new PlusPoints

The improvements have not come without missteps. Most notably was the forced removal of a passenger, Dr. David Dao, in 2017. The incident led to changes in the way United manages overbooking and re-accommodating passengers, as well as Munoz giving up a planned promotion to chairman as well as an annual bonus.

Another misstep was an employee bonus lottery he attempted to implement in 2018. The program, attributed to Kirby, was dropped after pushback from employees.

Despite these issues, United is widely lauded for significant improvements made under the leadership of Munoz and Kirby. An accelerated domestic growth program focused on boosting connecting traffic and recapturing the airline's "natural share" of the market has widely been successful. And, the airline continues to update its fleet, including the order this week of 50 Airbus A321XLRs to replace aging Boeing 757s.

"Oscar Munoz fought against all odds to rescue United from being torn apart & return it to premier status in the industry," said Association of Flight Attendants-CWA president Sara Nelson in a tweet on the transition Thursday. She also thanked Munoz and congratulated Kirby on his new role.

Prior to joining United, Kirby along with now American CEO Doug Parker orchestrated the Fort Worth, Texas-based carrier's merger with US Airways in 2013. Kirby held the president and other senior leadership positions at both US Airways and America West Airlines prior to that.

Related: Snapshot: A look at United Airlines by the numbers