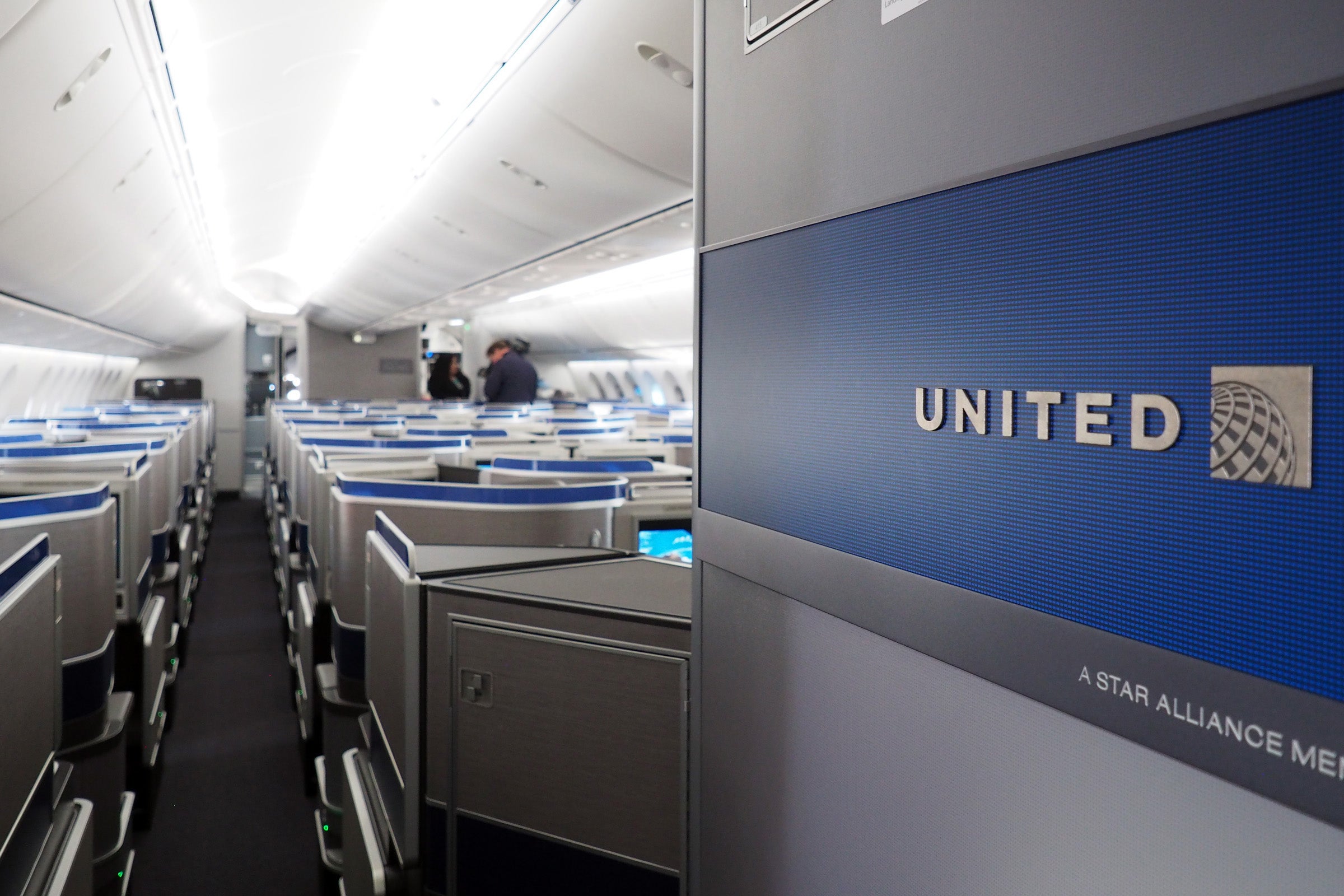 At the beginning of last week, United took delivery of its very first Boeing 787-10, making the airline the first carrier in the world to operate all three Dreamliner variants. Since then, the first United 787-10, registered N14001, has been undergoing modifications at Washington Dulles International Airport (IAD), where I visited today for our very first tour.

The -10 is by far the largest version of Boeing's efficient wide-body plane, and it represents a huge Dreamliner upgrade for United — it's the first 787 to offer the airline's new Polaris business-class seat, as well as Premium Plus.

As a Newark-based United flyer, I'm especially excited about this latest addition. The new Dreamliner will launch on the Newark (EWR)-Los Angeles (LAX) route on January 7, 2019, where it will remain indefinitely, with regular Newark-San Francisco (SFO) service shortly behind, followed by five routes between EWR and Europe and one daily flight to Tel Aviv (TLV) — in other words, Newark flyers are going to be seeing a lot of United's 787-10.

United's 787-10 has a grand total of 44 Polaris seats, spread between 11 rows in one large business-class cabin.

With 11 rows of lie-flat seats, the cabin really feels gigantic.

United's Polaris seats are staggered, so the position switches back and forth between rows.

Center seats alternate as well — in odd-numbered rows, they're positioned side by side (below), while there's significant separation in even-numbered rows.

The side by side center seats (odd rows) are ideal for passengers traveling with a companion.

You can easily raise a motorized center divider if you end up next to a stranger, though.

Aisle-facing center seats are much more exposed to the aisle, though there's more separation from your immediate neighbor.

The -10 is United's first Dreamliner to offer Premium Plus, with one cabin of 21 seats.

Premium Plus is United's new premium-economy product — the airline has yet to begin selling these seats as a separate class of service, so they're available as Economy Plus (and free for elites) for now.

There are three rows of Premium Plus, with Row 20, located just behind the bulkhead, offering significantly more legroom. That extra space comes at a cost, though — bulkhead seats have an 11.5-inch display that flips out from the center console, while regular seats have a noticeably larger 13-inch screen.

With a 2-3-2 configuration, each row has a middle seat — you'll want to avoid selecting an "E" seat if traveling alone, though it could be a good option for a couple flying with a child.

Bulkhead seats in row 20 offer a fold-out leg and footrest, while rows 21 and 22 have a slide-down footrest, instead.

My favorite feature is the large, high-definition display — if you're hoping to maximize your screen real estate, avoid the bulkhead row.

It's a big drop from the 88 Economy Plus seats on the 787-9, but elites should still be able to get an extra-legroom seat for free when booking far in advance.

You'll also find one row of Economy Plus at the center bulkhead in the rear cabin, at 44DEF. Economy Plus seats offer 4 inches of recline.

United's economy seats offer 3 inches of recline and measure 17.5 inches between the armrests, which are fixed at bulkhead rows, but can be raised to create a bit more space throughout the rest of the plane. Each coach seat also includes a 10-inch HD screen (9.75 inches at bulkhead rows), a USB charging port and a universal power outlet between seats.

United will begin flying the 787-10 on January 7, 2019, when it launches daily service between Newark and LA. San Francisco flights will join from there, followed by Europe and Israel in the spring. Domestic flights include:

The 787-10's five flights to Europe, plus one daily flight to Israel include:

While the biggest improvements are obviously in the Polaris business cabin, passengers will find positive tweaks throughout the plane, such as with the airline's new in-flight entertainment system, available in all three cabins.

United has a total of 14 787-10s on the way — while Newark is the only hub to get international service at this point, I wouldn't be surprised to see the -10 make an appearance on transatlantic flights from Washington Dulles as well. And you'll be able to catch it on transcons from both LAX and SFO, where it'll operate the airline's premium service indefinitely.