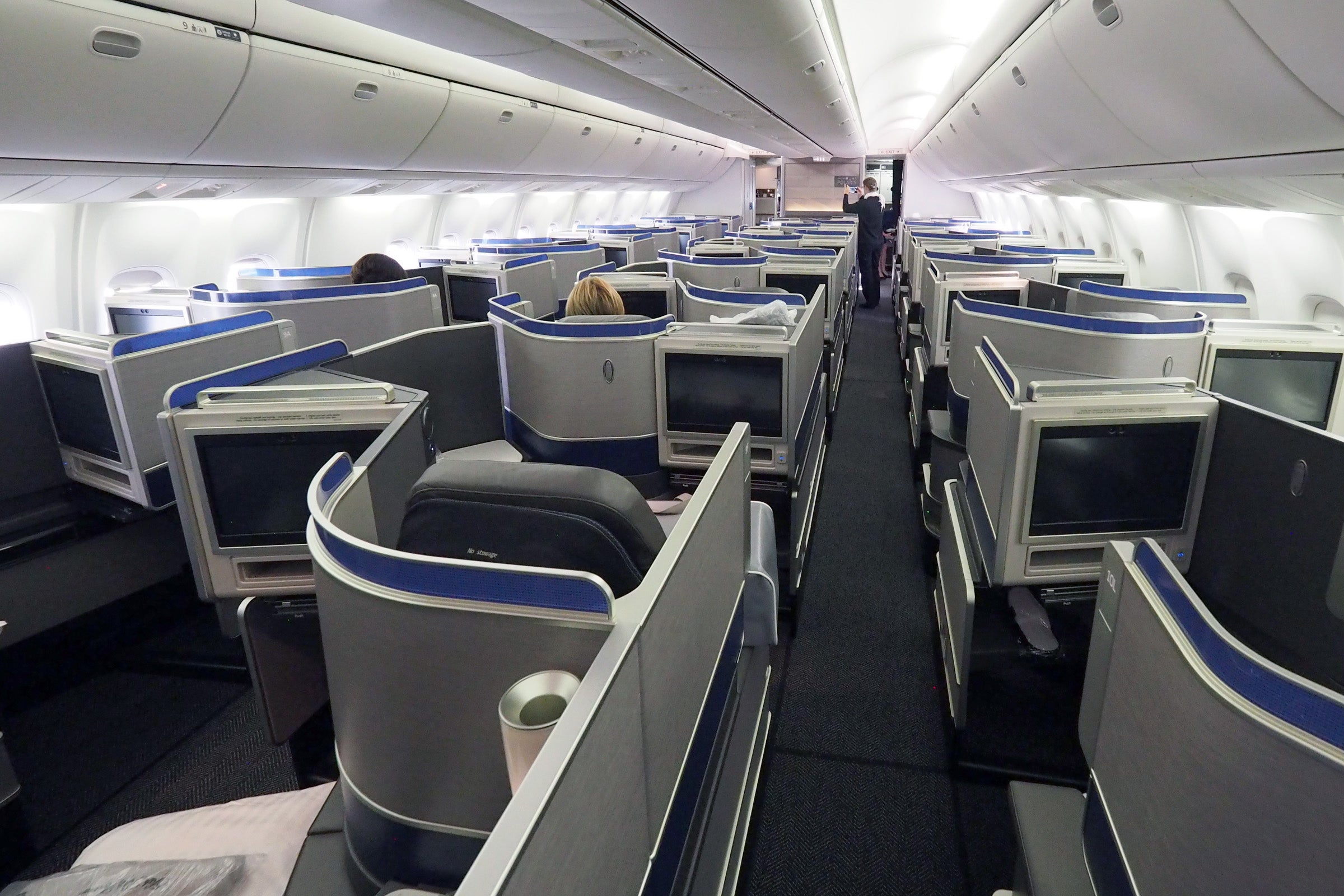 United's 767-300s Will Get a Whopping 46 Polaris Biz Seats
This post contains references to products from one or more of our advertisers. We may receive compensation when you click on links to those products. Terms apply to the offers listed on this page. For an explanation of our Advertising Policy, visit this page.

If you look at United's "Polaris Tracker" website, all but one of the airline's 767-300s have been converted to the new Polaris configuration, with a total of 30 business-class seats. But that figure only applies to a fraction of the carrier's fleet of 767-300s. 21 existing aircraft are not accounted for, nor are the three United just acquired from Hawaiian.

So what's going to happen to those remaining two dozen wide-body planes, commonly known by the abbreviation "763"? After quite a bit of digging, I've landed on the answer.

First, yes, they will indeed be getting United's new Polaris business-class seats, arranged in the same 1-1-1 configuration you'll find on the retrofitted 763s:

That's great news — the new seats are a huge improvement over the Rockwell Collins Diamond model installed on these aging 767-300s today, in 2-1-2 rows.

But it gets better than that! United's not stopping at a 30-seat cabin with the majority of these yet-to-be-converted 767s. During a retrofit process that's expected to begin this summer, most of the remaining 24 767-300s will get a whopping 46 Polaris seats, with one of the longest business-class cabins I've seen on any plane, let alone a relatively small 763.

A United representative wasn't ready to officially acknowledge the new config, simply saying "our Polaris retrofit program continues and we'll have additional details to share about specific fleet types at a later date." Instead, I've mocked up the seat map myself, based on the 30-seat version flying today. Once the final version's released, I bet you find the version below to be pretty accurate, though.

In addition to 46 Polaris seats, each of these planes will have a 22-seat Premium Plus cabin, with premium-economy seats arranged in a 2-2-2 configuration, plus a relatively small economy cabin at the rear, with a total of 99 seats, including four designated as a flight attendant crew rest (43A, 43B, 44A and 44B). With so few coach passengers to compete for business-class bumps, I'd expect even more upgrade and saver award availability, especially on Saturdays and other off-peak days.

As for where they're headed, I'm willing to bet that most will be based at Newark (EWR), operating flights to Europe, with some flying from Chicago (ORD) as well — Newark-London (LHR) is an obvious pick, at least based on demand today, as are flights to Frankfurt (FRA) and Munich (MUC), United's two Lufthansa partner hubs.

Looking beyond this summer, United already has its Newark-London flights operated exclusively by the 767-300, though the old 30-seat seat map with that dated 2-1-2 config still appears for now.

I wouldn't be surprised if United's plans remain in flux, however — with Brexit negotiations still ongoing, the future demand for business seats to the UK is far from secure.

There are several other European markets that could perhaps support such a heavy business config, however, and we could even see them flying from Newark and Washington, DC (IAD) to Honolulu (HNL) on select dates, given how premium-heavy those routes are.