Articles
Kaeli Conforti is a digital nomad and has been backpacking solo around Southeast Asia, Australia and New Zealand since January 2018. She loves inspiring others to travel the world and create their own adventures.
Follow
March 08, 2020
•
7 min read 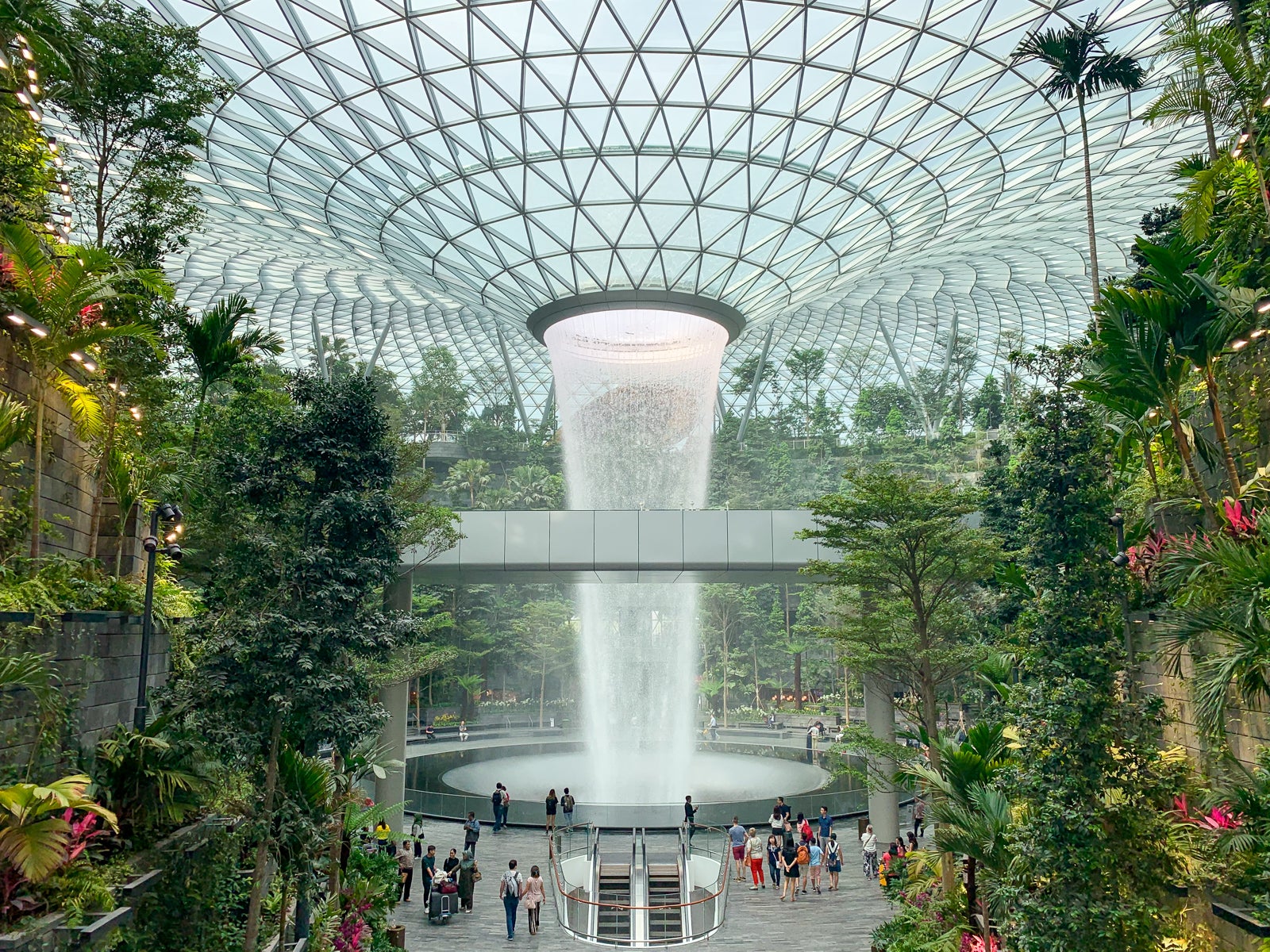 On the heels of our recent post about which domestic airports travelers prefer to be stuck in during a long delay, TPG Lounge reader David O. described a recent experience at Singapore Changi Airport, then asked the rest of the group to share which international airports they wouldn’t mind spending a long layover in:

"Today I woke up in the Singapore airport. Spent the night in a Yotel, a super cool small hotel room in the Jewel (think Mall of America, but on steroids). There are lounges everywhere! The dinner last night was one of the best I've had in or out of an airport. So what are your favorite international airports? Do you ever plan trips to hit them up? I certainly feel like so many international hub airports are exponentially better than domestic hubs." — David O.

Here’s a look at some of our favorite answers. (Some responses have been lightly edited for style and clarity).

Your favorite long-layover airports in Asia

"I have been through the Jewel a few times and it's still my favorite airport in the world. Beers in a sunflower garden? Koi ponds. Cactus garden. Movie theatre. A plethora of lounge options. They even have a slide to a gate!" — Nelson S.

"Well, Singapore is definitely the best but unfortunately, unless I'm going to Southeast Asia, I won't get to stop at it often. I also like Tokyo Haneda a lot." — Kevin K.

"I like Seoul because they have a public lounge where travelers can rest and take a shower for free. The new terminal is modern and very spacious. There's a variety of cafes, and if you have a four- to eight-hour layover, there's a free city tour. Well, it's actually $10, but hey, that's the cost of lunch. The six-hour tour was pretty good." — Renato P.

"Another vote for Changi. My second choice would be Incheon for the long layover tours." — Kathy F.

"Seoul has been rated number one for a while and for a reason; it's the best. I live 30 minutes away and visit sometimes even when I'm not traveling." — Kelley K.J.E.

"Singapore would be at the top of my list. I had a layover in Tokyo and the ANA lounge was nice. Food was decent, with noodles or curry to order, and the showers were clean.They also had a device that poured the perfect beer." — Bill A.

"I have a 12-hour layover in Singapore coming up. We're flying in Singapore Suites and I have heard great things about the airport and the Private Room lounge." — Charlene A.

Your favorite long-layover airports in the Middle East

Doha (DOH) was a big hit as far as Middle Eastern airports were concerned, with some TPG Lounge members describing how they'd spent time in some of the airport's fabulous lounges, spas, nearby hotels or took advantage of Doha day tours offered by the airport.

"I enjoyed the Emirates Lounge in Dubai (DXB) with my family. We had a huge spread, on-demand dining, lots of places to relax and a coffee bar with free -lowing desserts." — Paul L.

"We had a 15-hour layover in Doha last June and booked a night at the airside hotel (didn’t have to go through security). The spa was lovely and reasonable and we had dinner at one of the new lounges, which was fabulous. And yes, there were plenty of restaurants." — Carolyn S.B.

"I've done Changi and Doha a few times and both are marvelous but now my new favorite is Istanbul (IST). Absolutely phenomenal. I stayed at The Westin Doha Hotel & Spa once and the Oryx Rotana Doha and took a cab from the airport to the hotel. Did some sightseeing and would highly recommend visiting The Pearl-Qatar, Souq Waqif, Katara Cultural Village and Doha Corniche. I was there in February once and then in late October and the weather was wonderful. The St Regis Doha is wonderful as well. For a 12-hour layover you can also check out Villagio mall. The Al Mourjan Business Lounge is wonderful, with lots of food variety. By the way, DOH does provide free tours of Doha so do take advantage of that as well." — Asma Z.

"We loved the Qatar Business Class Lounge in Doha. With a sleeping room, great shower and lots of choices of food, it's an easy way to do a long layover!" — Christine P.S.

"At Doha, pay for the spa access, which lets you swim in the pool! That was my favorite layover activity and it was so nice to swim and use muscles in between flights." — Julia B.

"The old Turkish Airlines lounge in April 2018 was phenomenal. I can’t even imagine the new one! Singapore is no doubt on the list, too!" — Rod B.

Related: Oh my Gözleme: A review of the Turkish Airlines Business Lounge in the new Istanbul airport

Though hardly any European airports were mentioned, London's Heathrow did get a few shoutouts from readers who considered it their favorite for food and certain lounge perks.

"Personally, I like LHR. Great shopping and tons of great restaurants. Thinking of Yo Sushi! with the sushi carousel." — John L.

"That Qantas lounge at LHR with the gin bar is insanely good, too!" — David O.

Why choose just one?

Some of our TPG Lounge readers wrote in singing the praises of more than one international airport they'd be alright with spending lots of time in. Unsurprisingly, Singapore Changi Airport continued to make the list of travelers' all-time favorites.

"We were just at The Jewel and Changi. Stayed at the Crowne Plaza. The Hilton at Narita has also been fine for us. Love the Virgin Atlantic lounges in London." — David S.

Featured image by (Photo by Ethan Steinberg / The Points Guy)