Articles
Kaeli Conforti is a digital nomad and has been backpacking solo around Southeast Asia, Australia and New Zealand since January 2018. She loves inspiring others to travel the world and create their own adventures.
Follow
Feb. 24, 2019
•
8 min read 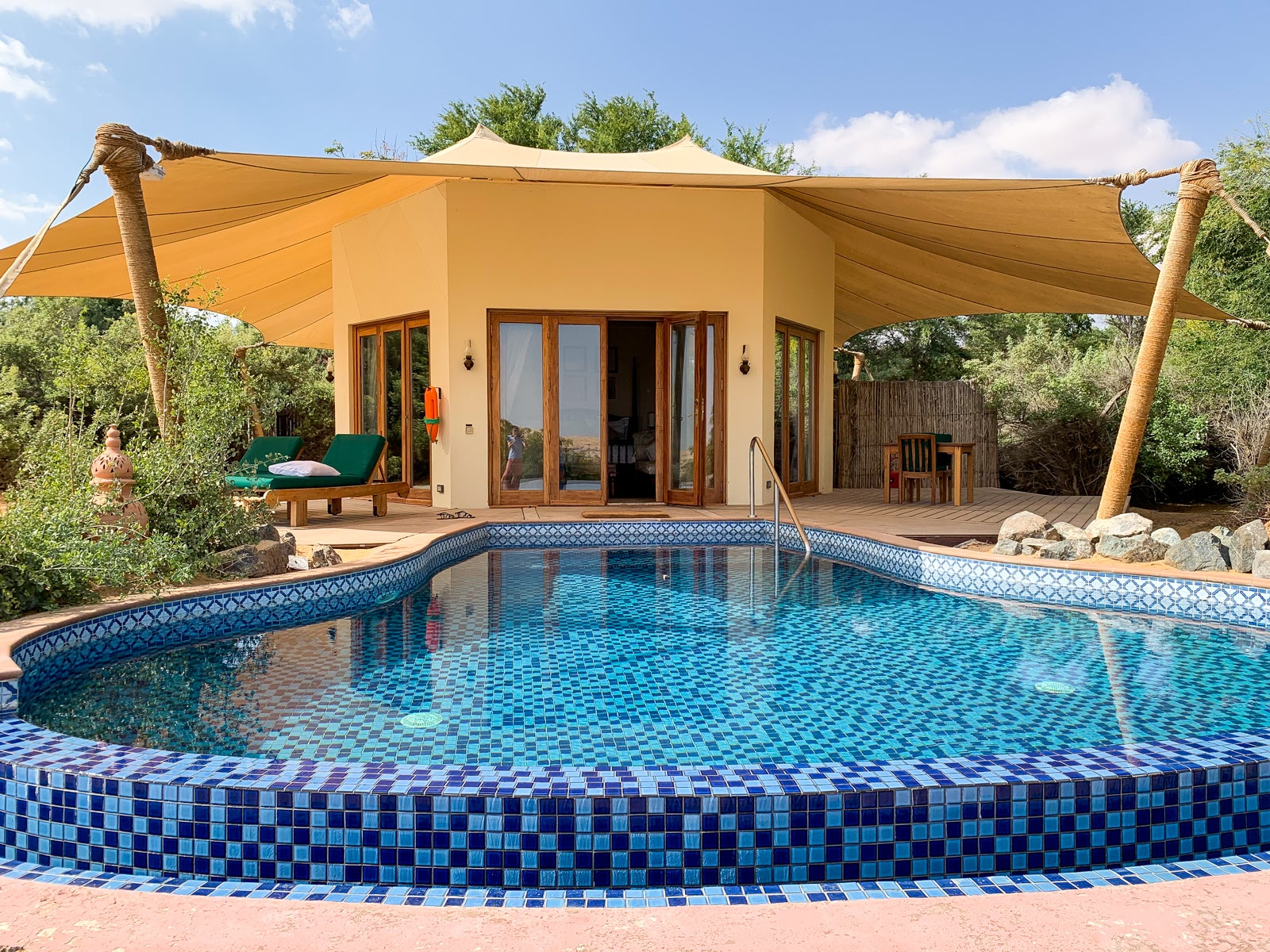 Having just asked our TPG Lounge audience to share their favorite flight redemptions a few weeks ago, we were curious about the best hotel redemptions they’d been able to score in 2018. Here’s a look at some of our favorite answers. (Some responses have been lightly edited for style and clarity).

The Best Trip Ever, All on Points and Miles

Many TPG Lounge members were savvy enough to use a combination of airline miles and hotel points to plan the ultimate getaway, whether it was an epic trip to the South Pacific or a memorable wedding and mini-moon in Hawaii.

"240,000 Marriott Rewards points for five nights at Al Maha, a Luxury Collection Desert Resort & Spa, Dubai; 85,000 United miles for Swiss business class from Los Angeles (LAX) to Chicago-O'Hare (ZRH) to Zurich (ZRH) to Dubai (DXB); and 85,000 United miles for Ethiopian Air business class from Dubai to Chicago to Los Angeles over Valentine's Day. I booked it in August 2018, when all activities were included with points redemptions and have fortunately received written confirmation from the property that full board and daily activities will be included [Marriott has also confirmed this with TPG]." — Gary W.

"125,000 Chase Ultimate Rewards points for five nights at Hilton Hawaiian Village (two oceanfront) and three at the Grand Hyatt Kauai Resort and Spa for my wedding in Oahu and mini-moon in Kauai." — Timothy O.

"180,000 Chase Ultimate Rewards points for an eight-day trip to Tahiti for two, including flights, hotels, activities and staying in an overwater bungalow. We took advantage of United’s new route from San Francisco (SFO) to Papeete and got the flights individually with points, which [would have been] roughly $490 each round-trip. We're staying one night in Papeete, five days at the Intercontinental Resort and Spa Moorea — which I got as a deal staying in a standard room since we will be out and about during the day — and finishing the trip with two nights in an overwater bungalow at the Hilton Moorea Lagoon Resort & Spa." — Alan B.

"Southwest Florida to Beijing, Shanghai and Hong Kong, in first class with AAdvantage miles on JAL before they increased their mileage requirements. Stayed four nights free [thanks to the] sign-up bonus from the World of Hyatt Credit Card at the amazing Grand Hyatt Hong Kong on Victoria Harbour. It was during Chinese New Year and we had front row seats to the fireworks show from our room! Working on the best use of our points for a spring trip in first or business class to Hawaii." — Michele F.S.

Saving Money With Marriott and Hilton

From cushy Conrad properties in Cartagena and the Maldives to luxury collection hotels in Boston, our TPG Lounge readers definitely know how to put their Marriott Bonvoy and Hilton Honors points to good use.

"The Liberty, a Luxury Collection Hotel, Boston. 60,000 points a night but we were upgraded due to status and the whole stay was mind-blowing." — Rachel M.

"A 1,000-square-foot one bedroom suite at Conrad Cartagena for six nights over Christmas for less than 350,000 Hilton points (not an upgrade)." — Michael K.

"Seven beautiful days at the Conrad Maldives in the spa villa." — Laurel C.

"600,000 Hilton Honors points for nine days in London, two nights in Paris and three nights in Amsterdam." — Frank A.

High Times at the Hyatt

Several TPG Lounge readers wrote in with stories about how they'd saved big time by booking epic stays at places like the Park Hyatt Beaver Creek or Park Hyatt New York with World of Hyatt points or free night certificates.

"Two nights at the Park Hyatt Beaver Creek between Christmas and New Year's — December 26 and 27 — with one night on my free night certificate and one on points. Breakfast and parking were included with my Globalist status. It would have been $1,300 per night. I booked in September and was quite surprised there were openings. Hyatt Place Keystone also had openings when I looked." — Craig D.

"32,000 World of Hyatt points (transferred from Chase Ultimate Rewards) for four nights at Hyatt Place Minneapolis/Downtown for the 2019 Final Four. The regular price was $2,400 including taxes." — Mark Y.

"The Park Hyatt New York, which ended in an upgrade to the $30,000 per night presidential suite." — Jacob H.

"36,000 Chase Ultimate Rewards points converted to Hyatt for three nights in Augusta for The Masters, where the rate was $3,300." — Chris K.

Not to be outdone by the other hotel brands, several readers said they scored free (or almost free) vacations by cashing in hotel points with IHG, Fairmont and undervalued points program Choice Privileges.

"Three free Fairmont nights in Singapore, upgraded to a penthouse suite on arrival at 8:30am!" — Beverly B.

"8,000 Choice Privileges points for a $225 room is sort of an insane valuation for them. I was proud of that one. The sign-up bonus is actually really solid for a card with no annual fee. You can also rack up tons of points during their 'Stay Twice Get a Free Night' promotion because you can get the bonus an infinite number of times and hotel hopping on consecutive nights nets you an 8,000-point bonus. They do it a few times a year. Some of the brands are crap, but Sleep Inn (the renovated ones) and Comfort Suites (all of them) are solid." — William M.

Featured image by Al Maha Dubai. (Photo by Ethan Steinberg/The Points Guy)
Editorial disclaimer: Opinions expressed here are the author’s alone, not those of any bank, credit card issuer, airline or hotel chain, and have not been reviewed, approved or otherwise endorsed by any of these entities.

Our points-obsessed staff uses a plethora of credit cards on a daily basis. If anyone on our team wouldn’t recommend it to a friend or a family member, we wouldn’t recommend it on The Points Guy either. Our opinions are our own, and have not been reviewed, approved, or endorsed by our advertising partners.
See all best card offers
Related stories
Guide
What is United Airlines elite status worth in 2023?
Reviews
A surprisingly stylish convention hotel: My stay at the Hyatt Regency Orlando
Guide
How to use the Chase Sapphire Reserve $300 annual travel credit to save on travel
Guide
Cruise payment plans: All you need to know about paying for a cruise