Articles
Kaeli Conforti is a digital nomad and has been backpacking solo around Southeast Asia, Australia and New Zealand since January 2018. She loves inspiring others to travel the world and create their own adventures.
Follow
Nov. 03, 2019
•
8 min read 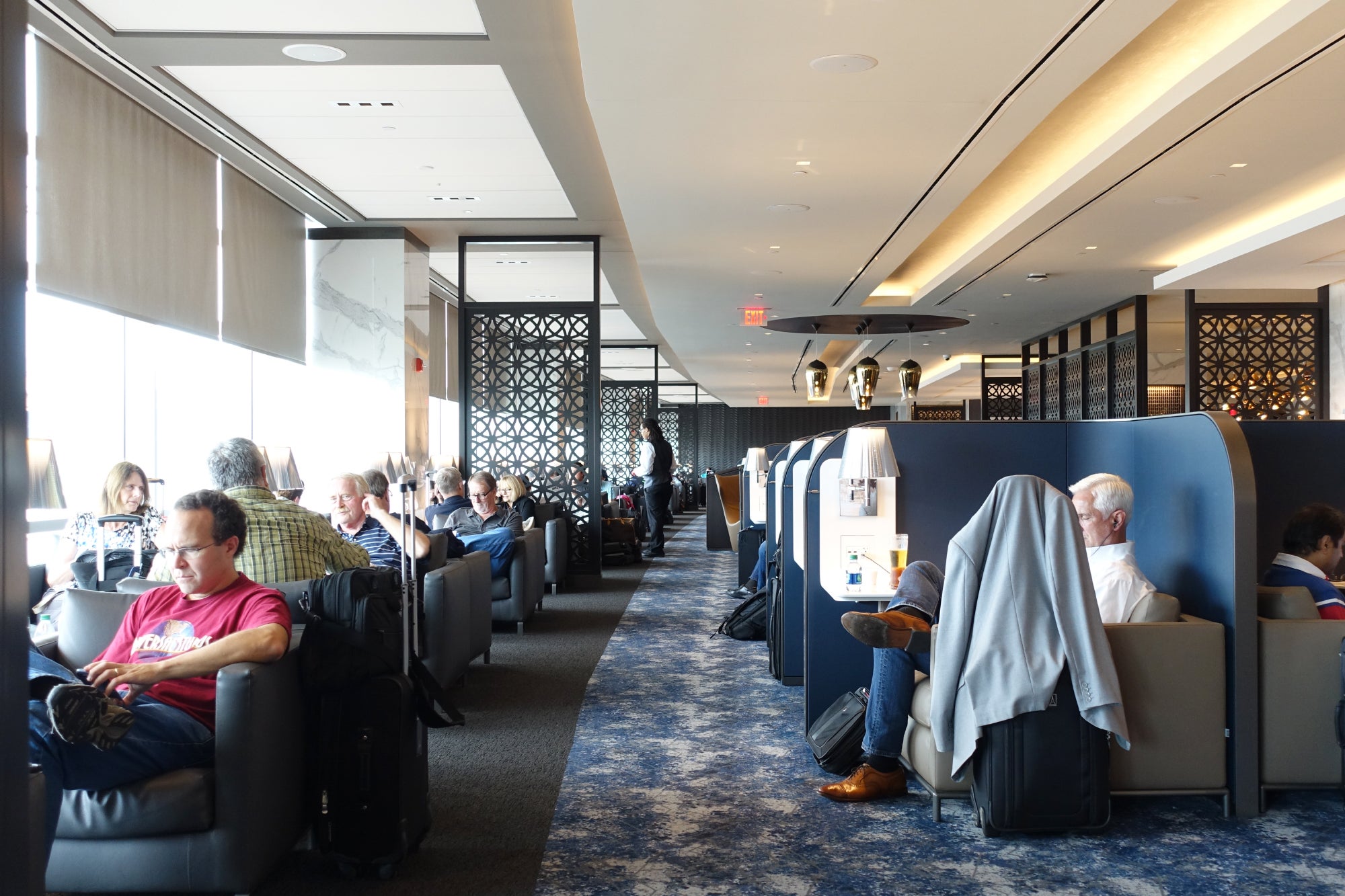 A while back, we asked our TPG Lounge readers to share their favorite airline lounges around the world — and which ones they thought had the best food. Here’s a look at some of our favorite answers. (Some responses have been lightly edited for style and clarity).

The best lounges in the U.S. and Canada

Many of our TPG Lounge members praised United Polaris, Delta Sky Club and Amex Centurion Lounges around the U.S., while others preferred to spend time in lounges by Turkish Airlines, American Airlines, Qantas and Air Canada.

"The Turkish Airlines lounge in Dulles Airport. I want to fly there again just for the food." — Rebecca A.

"Pretty impressed with the United Polaris Lounge at LAX. I guess it's pretty new, with a large outdoor terrace and way more food than most of the other United lounges." — Brad P.

"The United Polaris Lounge at ORD. Hands down, it's better than the Centurion Lounges and even ANA Suite Lounge at Haneda." — Alex N.

Related: Guide to lounge access with the Amex Platinum and Business Platinum

"The Qantas International First Lounge at LAX, Cathay Pacific's lounge at HKG and the Thai Airways lounge at BKK. I also love the French toast at La Guardia's Centurion Lounge and some of the Tex Mex options at DFW." — Carl C.

"I'm surprised no one mentioned the American Airlines Flagship Lounge at JFK. The best lounge in the U.S." — Michael I.

"The Centurion Lounges have been high water marks for me, though I've never had the privilege of going to an American Airlines Flagship First lounge, Singapore's first-class section at SIN or Lufthansa's First Class Terminal in Frankfurt. Of the Centurion Lounges, I've enjoyed the Dallas location's food the most." — Beau S.

"The international departures Maple Leaf Lounge in Montreal was amazing! Made-to-order food served right to your table, plus a great selection of regular stuff." — Michaela W.

Related: The 9 best Priority Pass airport lounges in the U.S.

Favorite lounges in Asia and the Middle East

There's nothing like a well-done business- or first-class lounge in Asia or the Middle East. Here are some of our TPG Lounge reader's all-time favorites.

"I don't go to lounges nearly as often as many of you, so the novelties are not yet lost on me. In the JAL First Class Lounge at Narita, there's a beer robot that pours a perfect 12-ounce draught of Sapporo, then separately and precisely applies the foam head. I just went to the Alaska Airlines Lounge in JFK's T7 with the Priority Pass, and they had a little machine that makes pancakes on a conveyor belt. In terms of food, nothing has come close to the Cathay Pacific lounges in Hong Kong. Wow." — Mark K.

"I am weird so my absolute favorite is the Cathay Pacific business-class lounge's noodle bar. I highly prefer it to the one in Hong Kong (HKG). Also, Al Safwa in Doha, the Cathay Pacific First Class lounge at HKG, the Emirates First lounge in Dubai and the Turkish Airlines lounge in Istanbul (IST)." — Inga K.

"If you're ever in Hanoi, definitely try the Priority Pass lounge in international departures, which has amazing pho that's freshly made-to-order by the chef. It's as good as the Cathay Pacific lounge's noodle bar. The Emirates First Class lounge's a-la-carte restaurant is also one of my favorites." — Ashish S.

"I like that the Cathay Pacific business-class lounge in Bangkok has pad thai at 7:00 a.m. A winner for me, too." — Ben K.

"Al Mourjan in Doha (DOH) was fantastic. And that's only the business-class lounge. I can only imagine what Al Safra must be like." — Mary R.

"The ANA lounge in Tokyo (NRT) has good snacks, a nice choice of drinks and a beer-pouring machine. Also appreciated the Weihenstephaner beer at the Lufthansa lounge in Frankfurt." — Robert M.

"The ANA lounge in Tokyo (NRT). The noodle bar is amazing." — Nitin N.

"Emirates First Class Lounge in Dubai was outstanding!" — Tom A.

Memorable lounges of Europe and Australia

Lufthansa's business- and first-class lounges were a big hit with our TPG Lounge crowd, while those by SWISS, Alitalia, Singapore Airlines, British Airways, Air France and Qantas also received a nod.

"The Lufthansa Business Class Lounge in Frankfurt had the best scrambled eggs I've ever eaten anywhere. I kept going back and getting another tiny spoonful. I'm pretty sure they were cooked super slow with some cream." — Catherine O.

"Domestically, Delta Sky Club is pleasingly consistent across the places I've been. Internationally, the British Airways Galleries Lounge at Heathrow's Terminal 5 is great, as is the Air France Lounge in Paris (CDG) in T2E." — Justin K.

"The Qantas First Class Lounge in Sydney. Everything on that menu is delicious." — Jake M.

Related: The 10 best Priority Pass lounges around the world